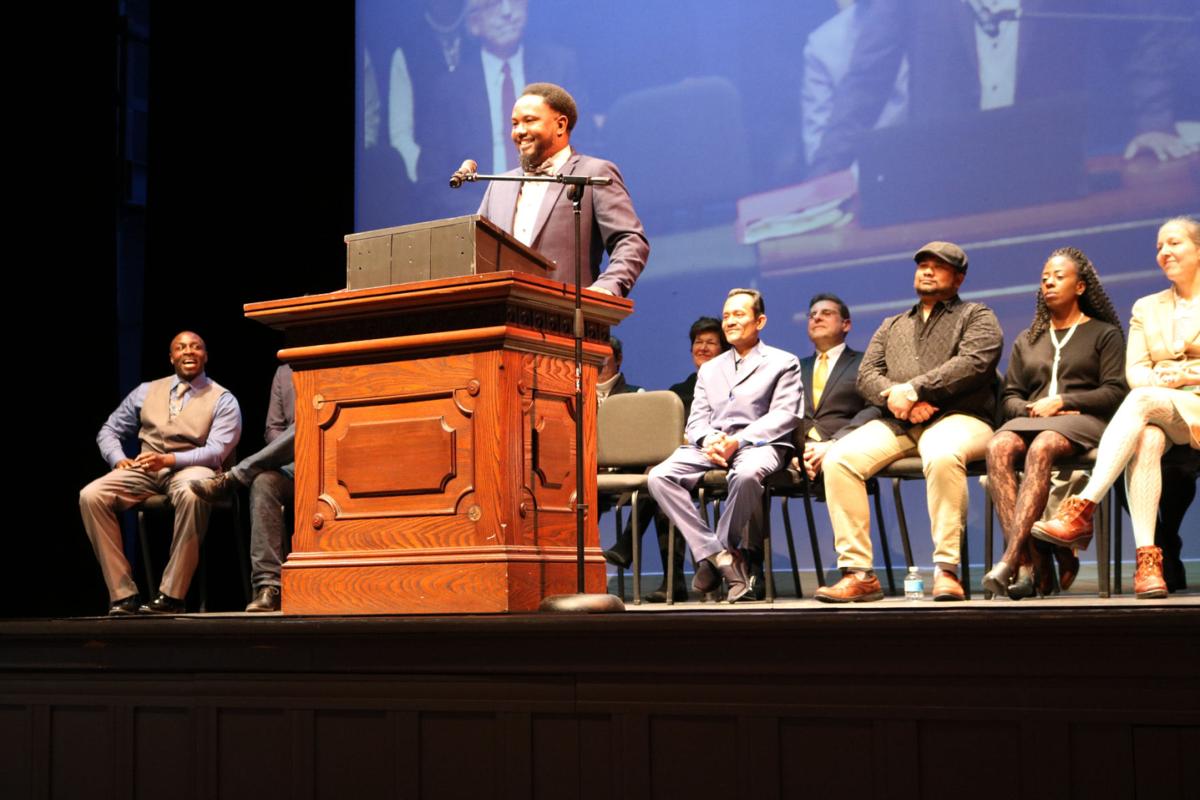 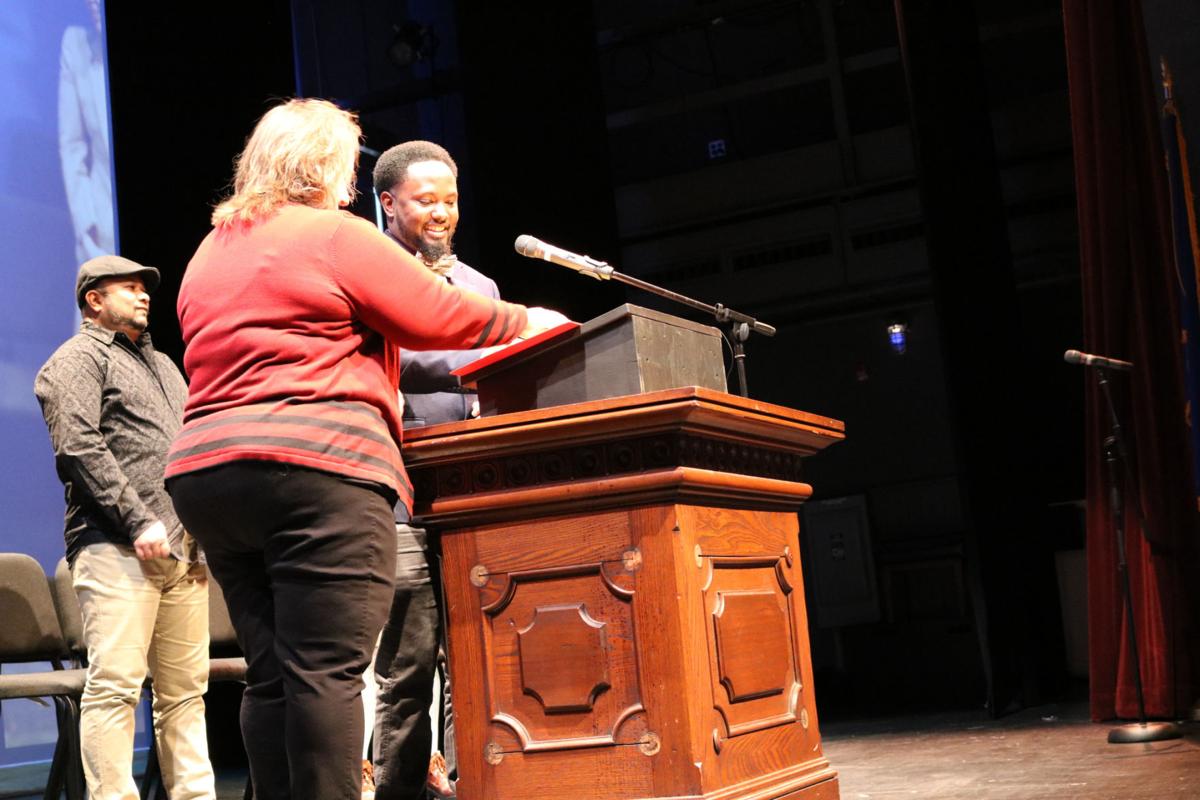 Johnson defeated incumbent Rick Rector during the Democratic primary in a 678-354 vote and Rector announced he would not seek reelection in September, opting not to run on another party line.

Johnson and other county officials took their oaths of office at the annual swearing-in ceremony, which took place at 2 p.m. Wednesday at Hudson Hall.

“I can tell you care about Hudson,” DePietro said to the audience. “You elected a mayor of vision and direction.”

DePietro described Johnson as the mayor that Hudson “needs and deserves.”

Johnson expressed that there was no ill-will between him and Rector.

“This campaign was never about me and you,” Johnson said to Rector. “It was about a different vision.”

Johnson said Rector had done a wonderful job for the city.

“It is always tough going against an incumbent that everybody loves,” he said.

Johnson credited much of his success to his mother, brothers and his daughter, Asia.

Johnson commended the council for its diversity.

“I am happy to be an ally to them,” he said. “Together, we will lead Hudson to a better future.”

Volkmann has developed specialized programs during his time as police chief in Chatham that are being used throughout the Capital Region, Johnson said. Volkmann spearheaded Chatham Cares 4 U, an initiative that supports people dealing with drug addiction, and has been emulated in other communities.

“We are in the top 15 for opioid deaths and overdoses,” Johnson said. “There’s no more talk, it’s about action now.”

DePietro agreed that Hudson is at a key point in time.

“Hudson is at a critical moment in time,” DePietro said. “We have to decide whether we want to cater to outside investors or empower and serve the needs of those who have lived here for generations.”

DePietro encouraged residents to communicate with their local government.

“Your government cares,” he said. “We repair sidewalks. We want to keep the tax burden in check. We want to get those damn trucks off the streets.”

“If you have an idea, I want to hear it,” he said. “The job of the council is to turn your ideas into reality.”

For those who may not be able to attend and participate in council meetings, all city meetings will be live-streamed on WGXC, DePietro said.

“Responsive, clean government must always be the goal,” he said.

You can watch the entire swearing-in ceremony on the Register-Star’s Facebook page at https://www.facebook.com/HudsonRegisterstar/.