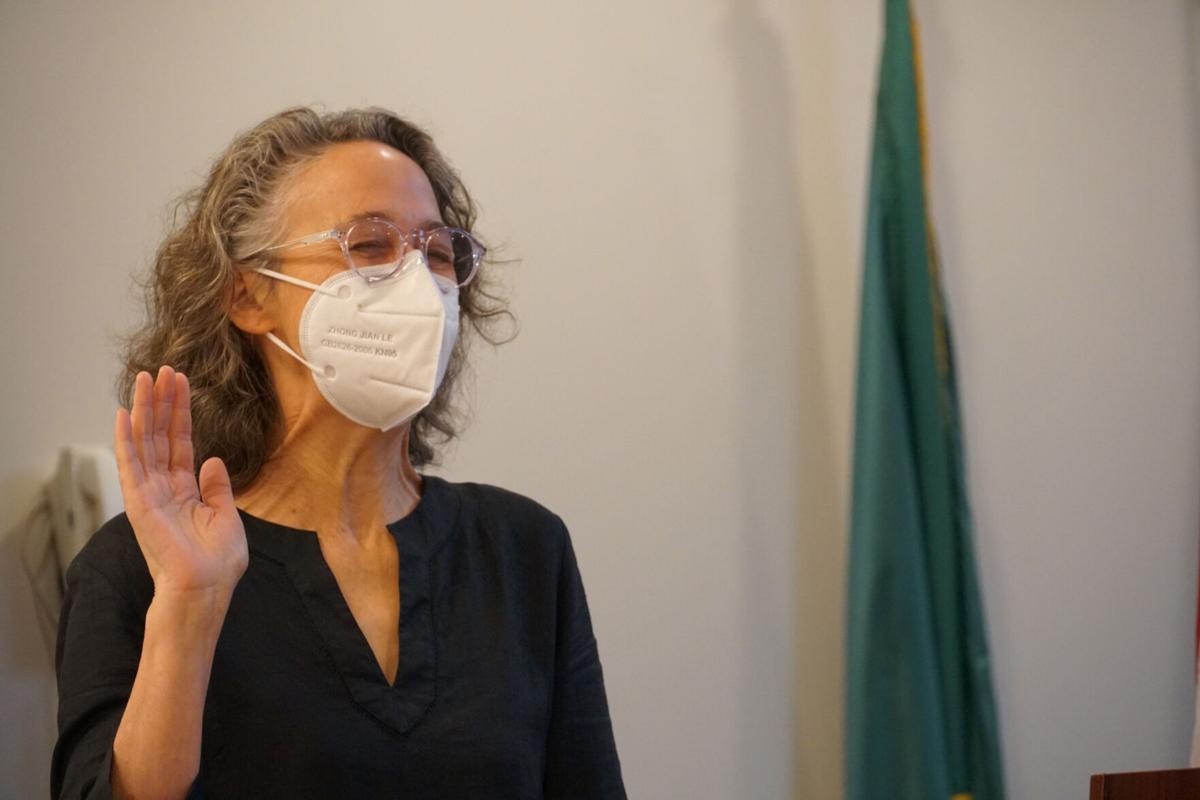 Youth Commissioner Maija Reed smiles under her mask while taking the oath of office. 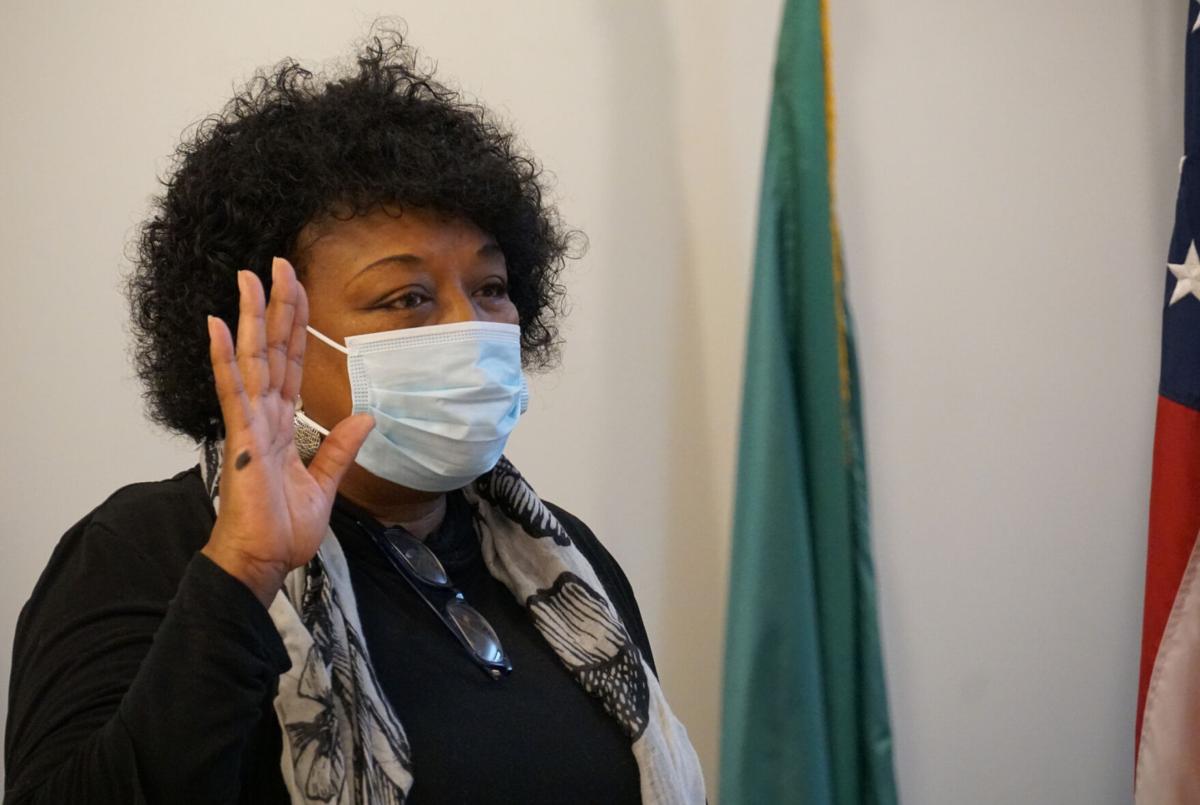 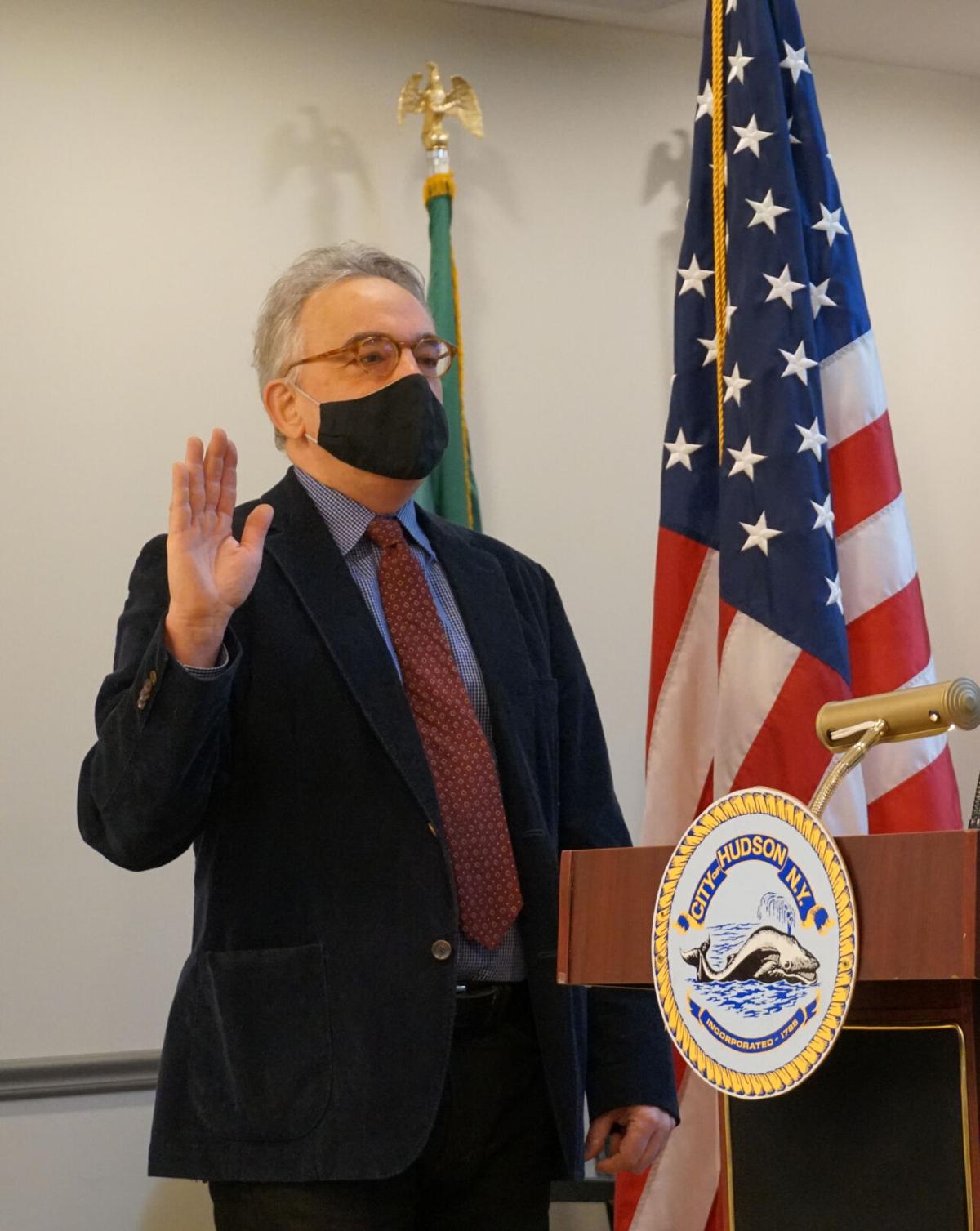 Common Council President Thomas DePietro is sworn in for a third term. 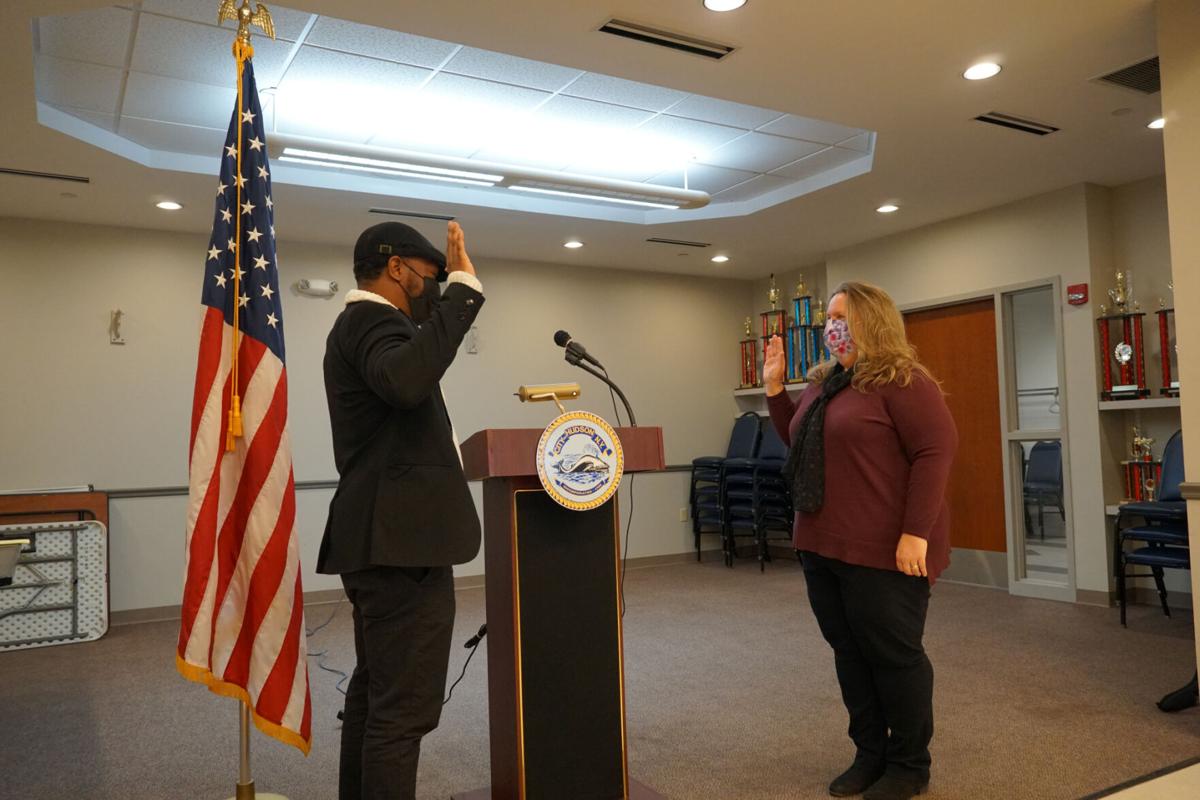 Youth Commissioner Maija Reed smiles under her mask while taking the oath of office.

Common Council President Thomas DePietro is sworn in for a third term.

HUDSON — Theresa Joyner was sworn in Sunday as the first woman and first woman of color to lead the city Planning Board, joining a group of newly elected city officials and Common Council members who took their oaths of office at a ceremony at the Central Fire Station.

Joyner said she wants community members to know that the greatest ability she can bring to her job is availability as the Fair Housing Officer.

“First, I want to make sure that people know we are here and understand the position of Fair Housing Officer,” Joyner said.

She plans to visit all of the affordable housing buildings in Hudson to hand out information on how she can be of assistance and will be available Friday afternoons from 3 to 5 p.m. in the Assessor’s office at City Hall.

Greetings of ‘Happy New Year’ and ‘It’s so great to see you’ fluttered through the air as many of the elected officials had not seen each other face-to-face in months. Initially refreshments were supposed to follow the event, but the prevalence of the omicron variant forced the ceremony to split into two smaller segments without libations to reduce unnecessary contact.

Johnson thanked DePietro, Hofmann, members of the Hudson police and fire department and everyone who works for the city of Hudson.

“I’m thankful we didn’t panic and that not a single person lost a check or was fired since I’ve been mayor,” Johnson said, referring to other state municipalities that had to furlough city workers and volunteers due to the pandemic.

Johnson made a few promises for the year ahead, calling for a look at how the city can use more solar energy. He also vowed that the Front Street Park construction project will be completed in March and fully compliant with the American Disabilities Act.

“There’s a lot more to be done. A lot of ribbon cutting,” Johnson said before he raised his right hand and took the oath office. Police Commissioner Shane Bower, who was appointed in September of 2020, added, “I will continue to help support the mayor and department with forward thinking.”

Common Council President Thomas DePietro thanked those who voted for him and promised he would not shut down constituent access to the political process. Throughout the pandemic, council meetings migrated to Zoom conferences, but DePietro still allowed members of the public to attend.

After the Good Cause eviction resolution that he supported failed in a 5-5 tie last month, DePietro said has unfinished business in the New Year.

“My unfinished business concerns housing,” he said. “I want to reconsider Good Cause eviction as soon as possible.”

The Mayor’s first public hearing of the New Year will take place Thursday at 4 p.m.