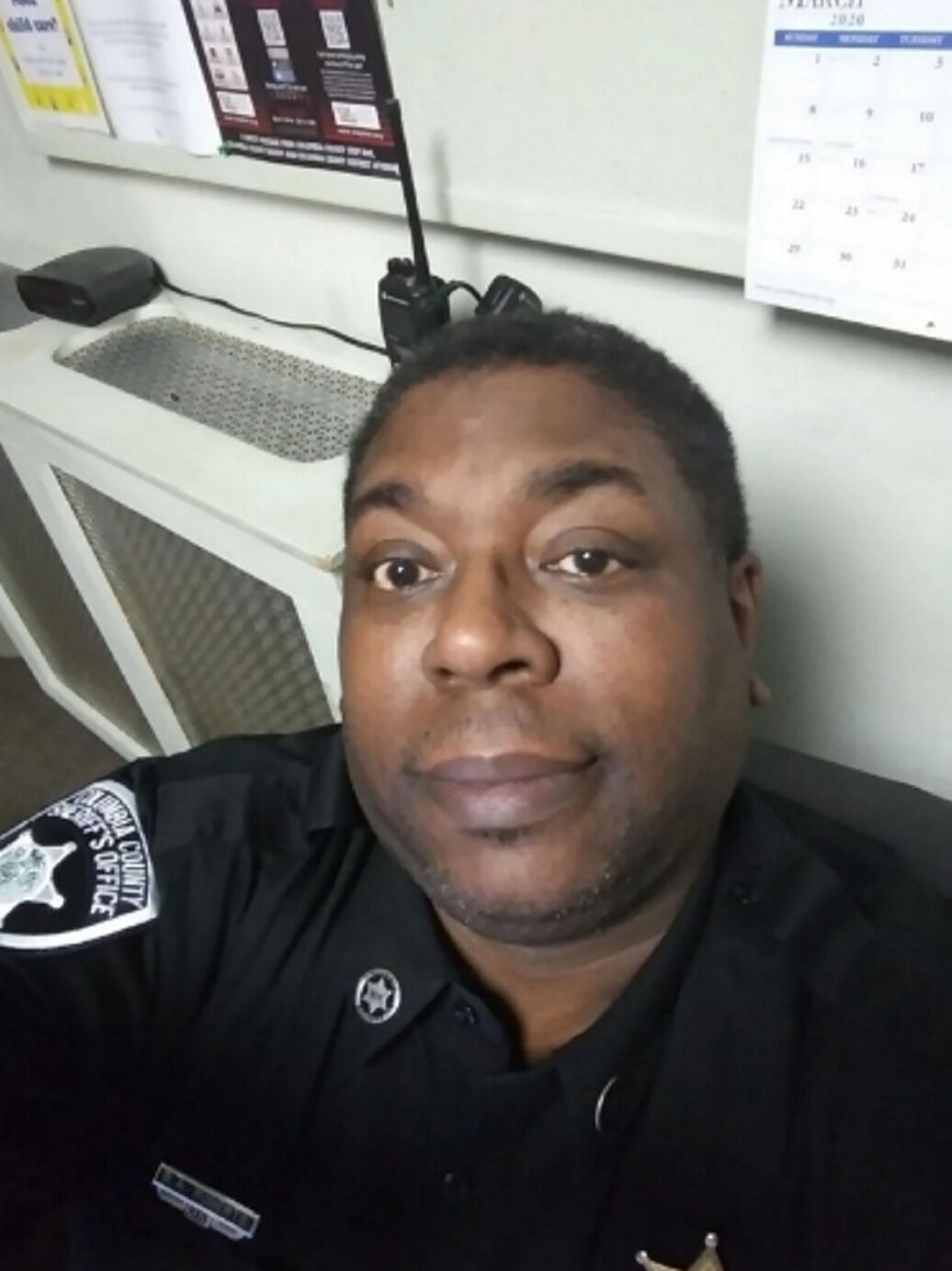 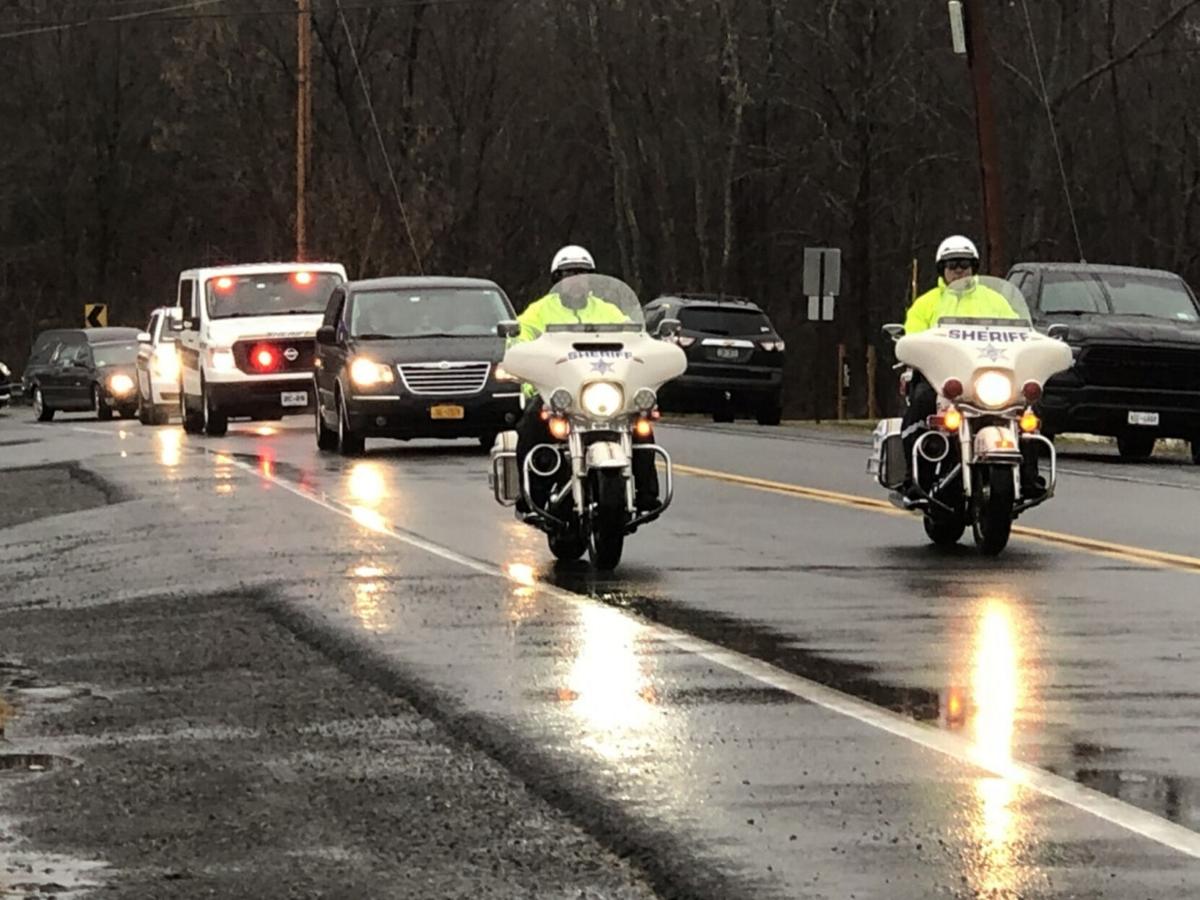 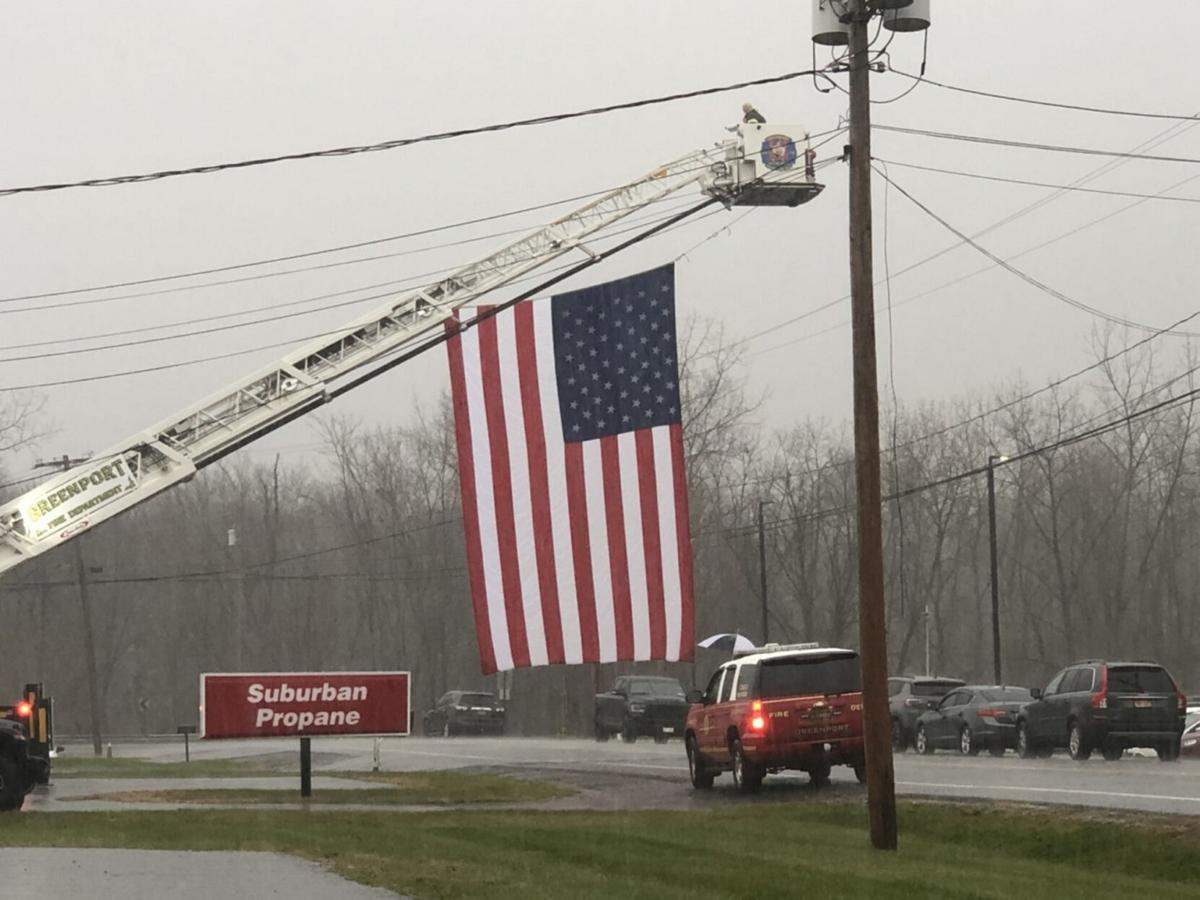 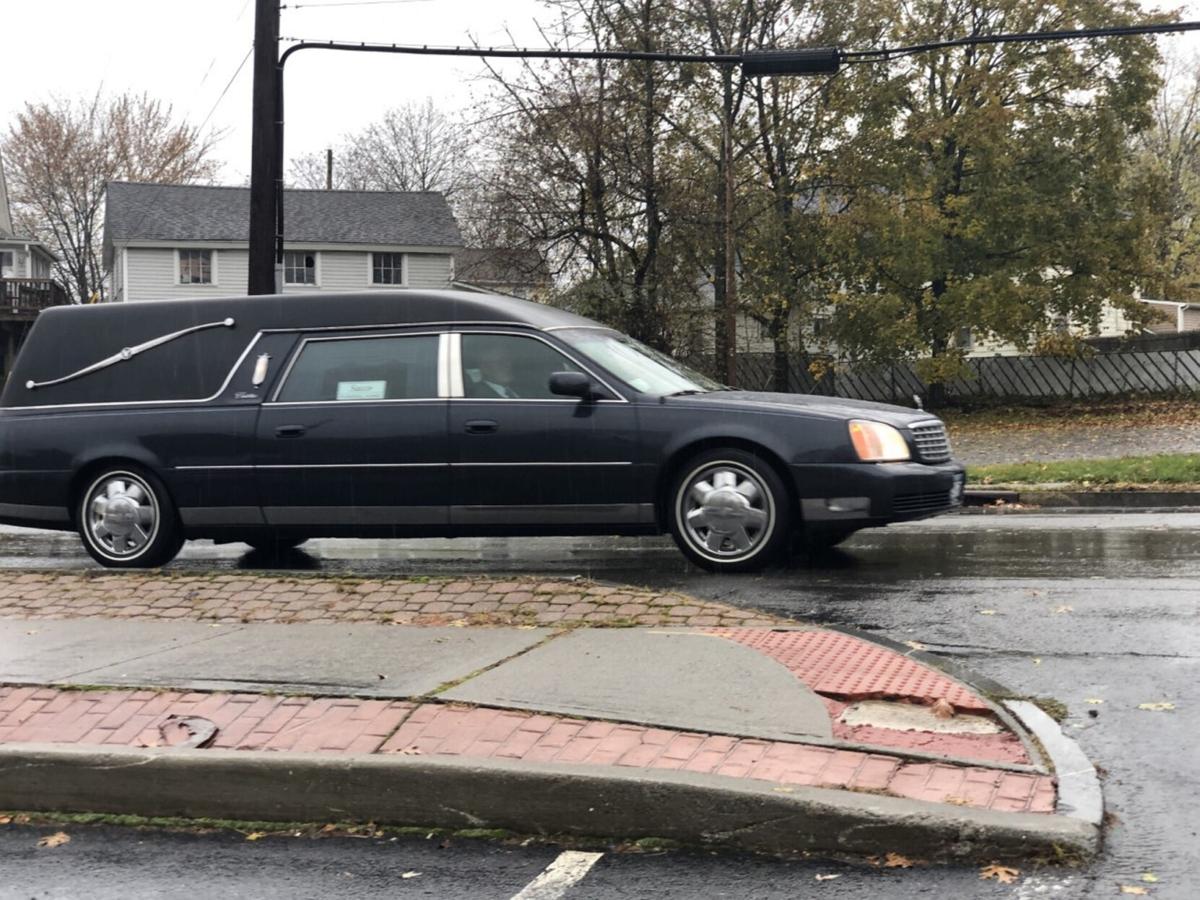 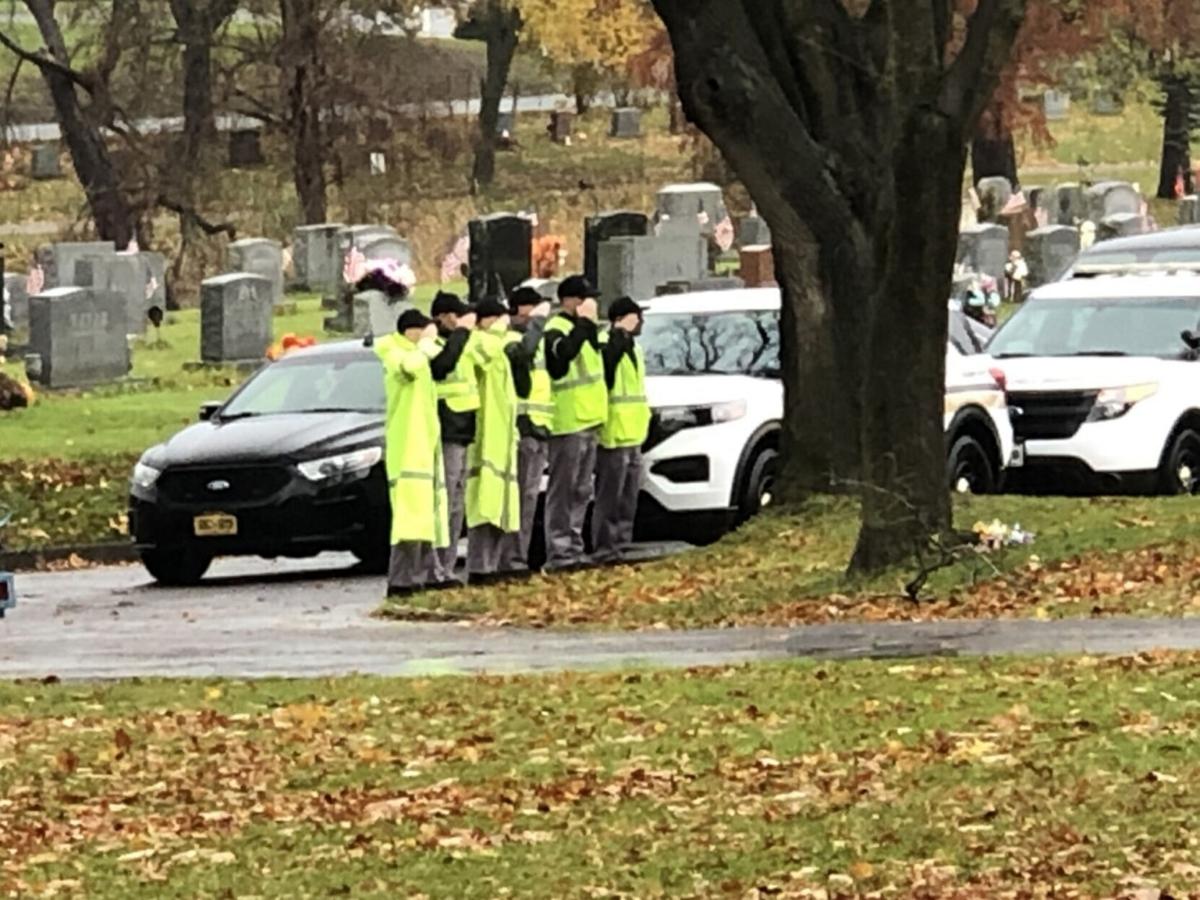 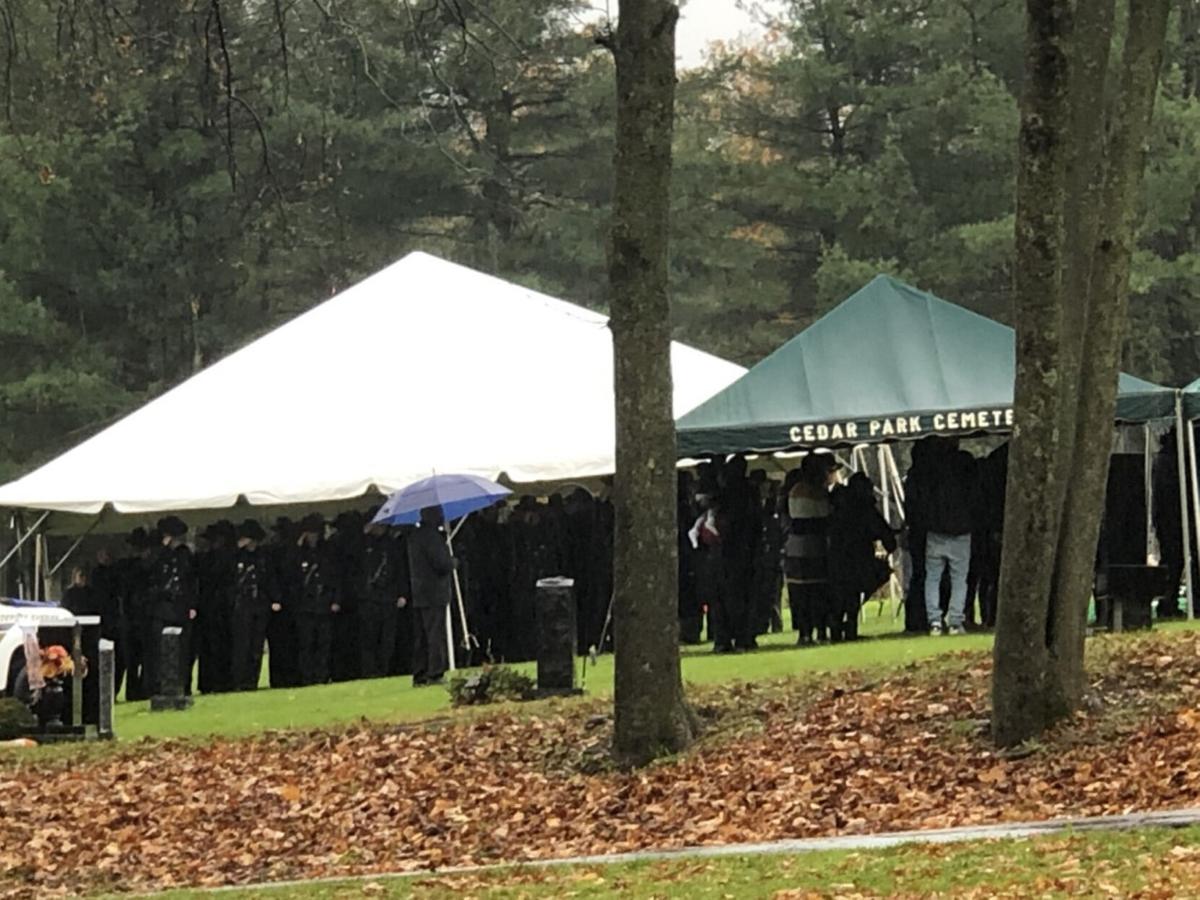 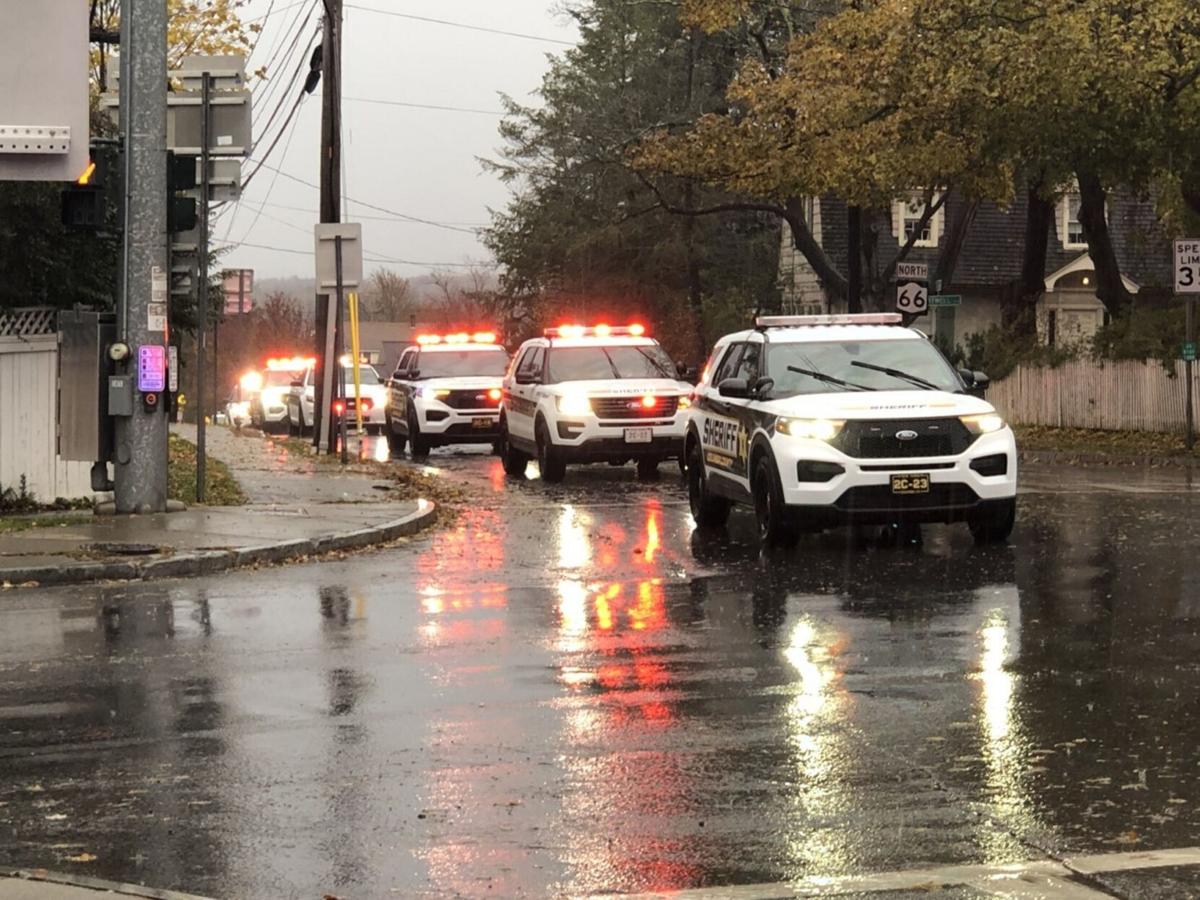 Dozens of police cars are part of the funeral procession for Columbia County Sheriff’s Deputy Bernard Roberts on Friday. 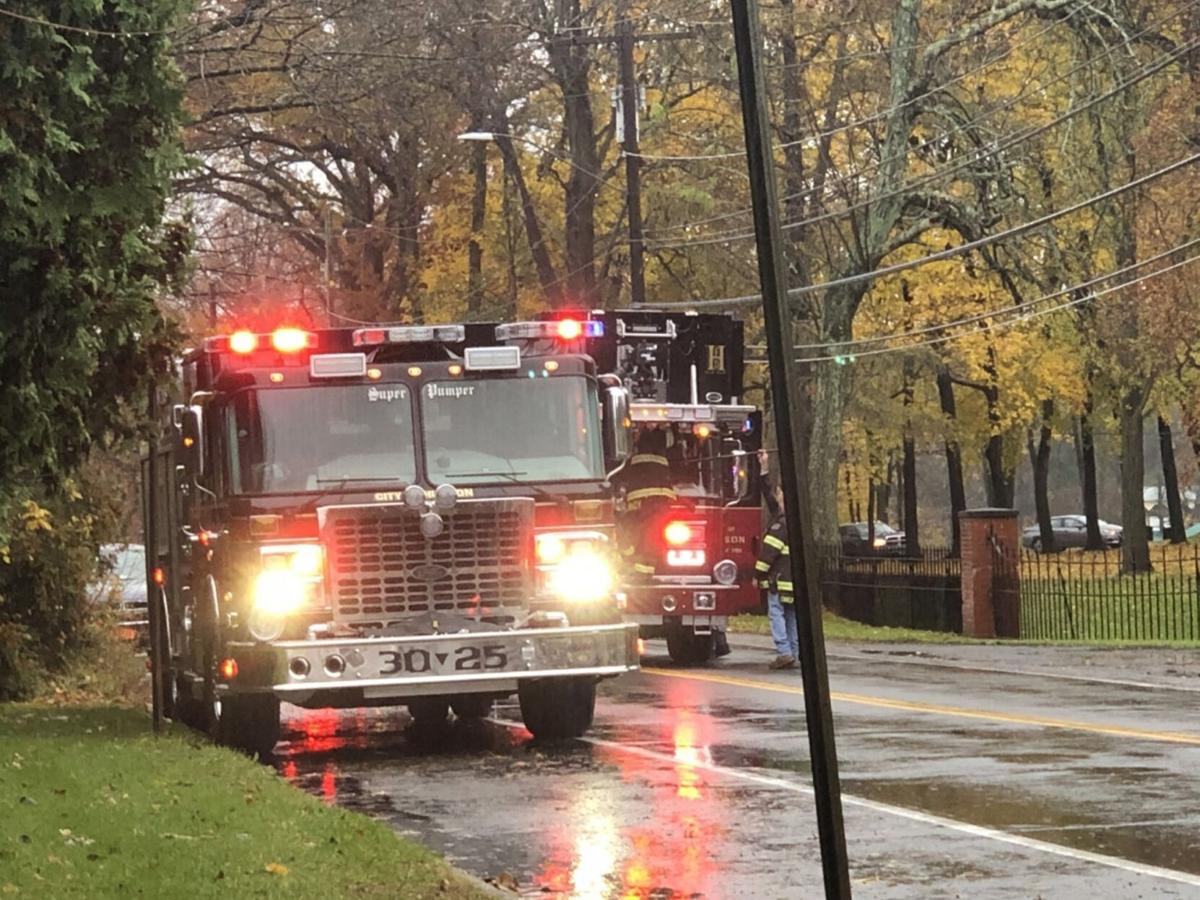 Dozens of police cars are part of the funeral procession for Columbia County Sheriff’s Deputy Bernard Roberts on Friday.

The funeral, with full honors for Roberts, took place at 11 a.m., at the Sacco Funeral Home on Town Hall Drive in Greenport.

The funeral procession, which was led by the Columbia County Sheriff’s Office motorcycle color guard, left the funeral home and drove to the sheriff’s office on Industrial Tract, where they stopped so Roberts could receive his final call.

The units passed under a large American flag that was displayed from the Greenport Fire Department ladder truck.

The procession continued back on Route 66 and over Paul Avenue to the Cedar Park Cemetery, where Roberts was laid to rest.

Mourners at the burial service paid their last respects under several tents that were erected in advance due to the wind-driven heavy rain that came down during the ceremony.

Dozens of police cars and about 50 private vehicles that had been part of the procession lined many of the narrow roads running through the cemetery.

Parts of numerous roads and streets in Greenport and Hudson were closed for the funeral procession, including Route 66, Healy Boulevard, Green Street, Paul Avenue and Columbia Turnpike.

Roberts was found dead by first responders on Sunday morning at about 11:50 a.m., when they were called to his home in Rensselaer, according to the Columbia County Sheriff’s Office. The cause of his death has not been released.

Roberts was born Aug. 23, 1969, at Columbia Memorial Hospital in Hudson.

After high school he served in the U.S Marine Corps. Roberts then began his career with the Columbia County Sheriffs Office.