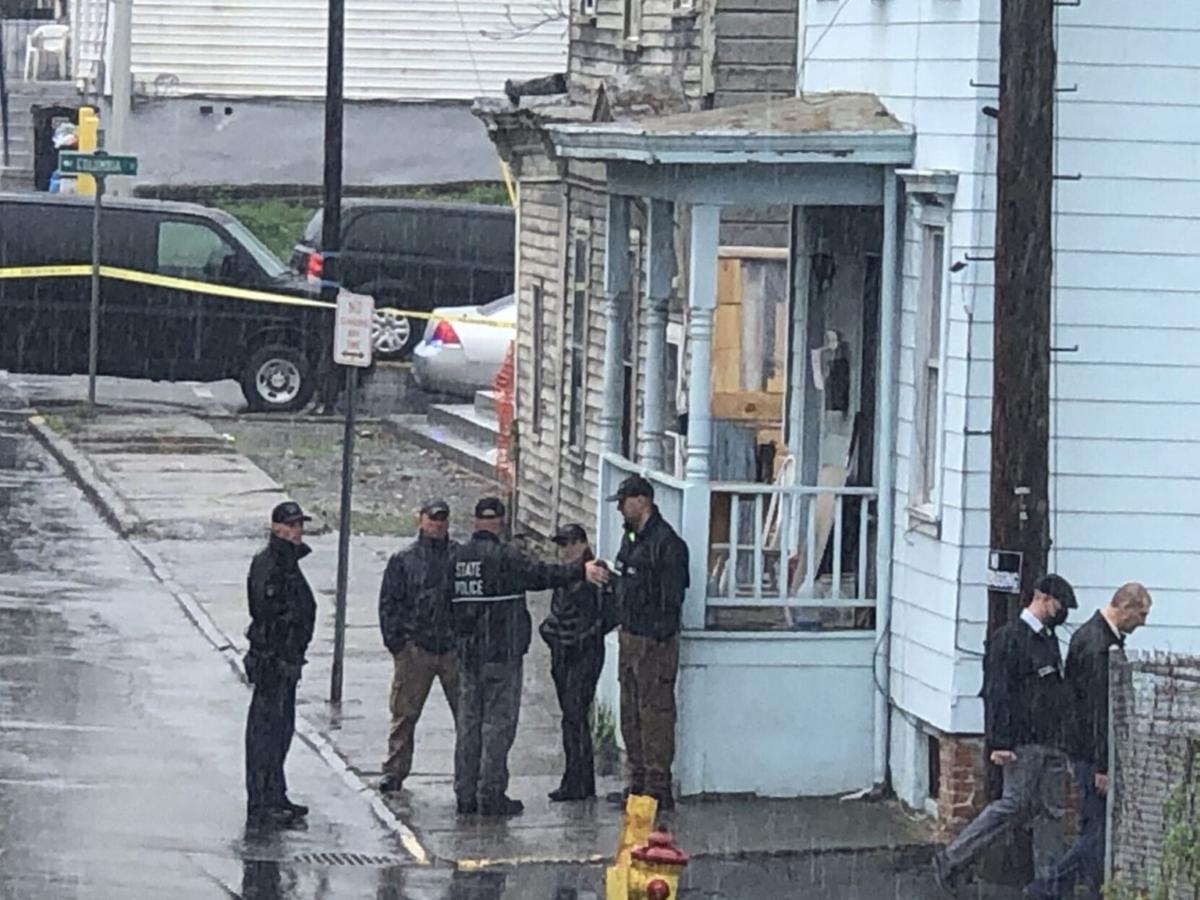 Police at the scene of a shooting in Hudson on Thursday morning. Bill Williams/Columbia-Greene Media 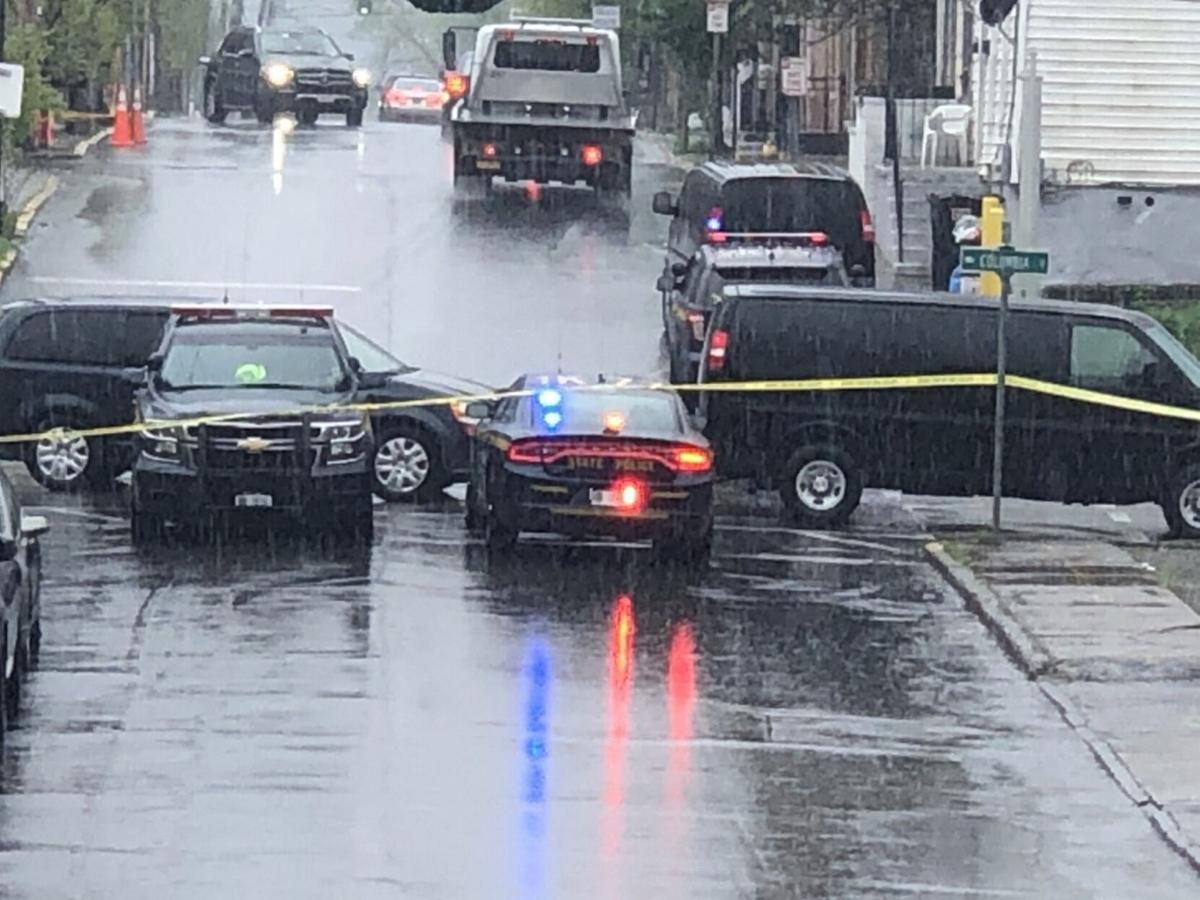 Part of Third Street in Hudson was closed on Thursday morning after an unidentified man was shot and wounded. Bill Williams/Columbia-Greene Media 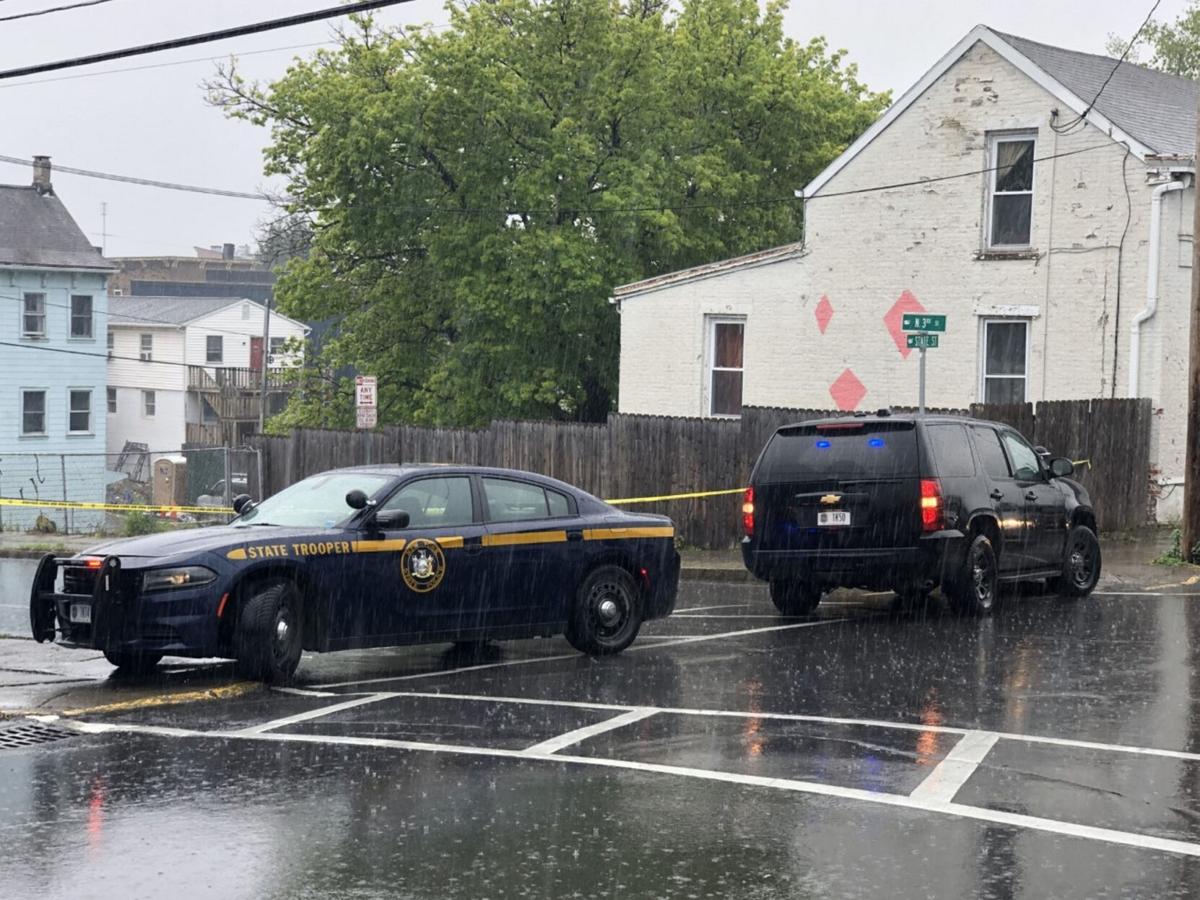 Police are investigating a shooting in Hudson Thursday morning that sent a man to Albany Medical Center. Bill Williams/Columbia-Greene Media

Police at the scene of a shooting in Hudson on Thursday morning. Bill Williams/Columbia-Greene Media

Part of Third Street in Hudson was closed on Thursday morning after an unidentified man was shot and wounded. Bill Williams/Columbia-Greene Media

Police are investigating a shooting in Hudson Thursday morning that sent a man to Albany Medical Center. Bill Williams/Columbia-Greene Media

HUDSON — A man was rushed to Albany Medical Center with gunshot wounds on Thursday morning after he was shot on 3rd Street, Hudson Police Chief L. Edward Moore said.

The condition of the unidentified man, who is 20 and from Hudson, was not immediately known, Moore said.

At about 11:32 a.m., Hudson police responded to the area of N. 3rd St. and Long Alley after receiving numerous reports that several shots were fired. Police immediately sealed off the area with police tape and vehicles.

Hudson police stopped a suspected vehicle shortly after the shooting, and several young men were detained and interviewed by police.

Four bullet casings were found at the scene, Moore said.

State police and the Columbia County Sheriff’s Office were requested to the scene with investigators and police tracking dogs.

Third Street was closed between Columbia Street and State Street while investigators combed the scene looking for clues. Police were also seen at several locations on State Street, both east and west of N. 3rd St.

Investigators spent most of Thursday afternoon at the scene, gathering leads in the case, Moore said.

Hudson police are being assisted at the scene by the State Police Forensic Investigation Unit and the Columbia County District Attorney’s Office. Sheriff Bartlett has assigned some of his patrols to help with call coverage within the city.

“At this time, this event does not seem to be related to the shots fired call on April 17,” Moore said.

On that day, more than a dozen shots were fired on Robinson Street. Several cars and one home were struck by bullets in the broad-daylight shooting, in the area of 234 Robinson.

Police said they believe that shooting was targeted and not a random act.

There were no reported injuries in that shooting, Moore said.

Days after that incident, police recovered a vehicle that was witnessed leaving the scene with damage to it. The black 2021 Kia Forte was parked when it was located on the 400 block of Prison Alley, Moore said.

The car was found after police received a tip.

The Kia was pockmarked by several bullet holes, the windshield was smashed out and has other substantial damage, Moore said.

The car was being leased.

Police have spoken to the unidentified lessee of the vehicle and will continue speaking with the person, Moore said.

No arrests have been made as of Thursday.

Anyone with information on either of these shootings is asked to call the Hudson Police Department at 518-828-3388.