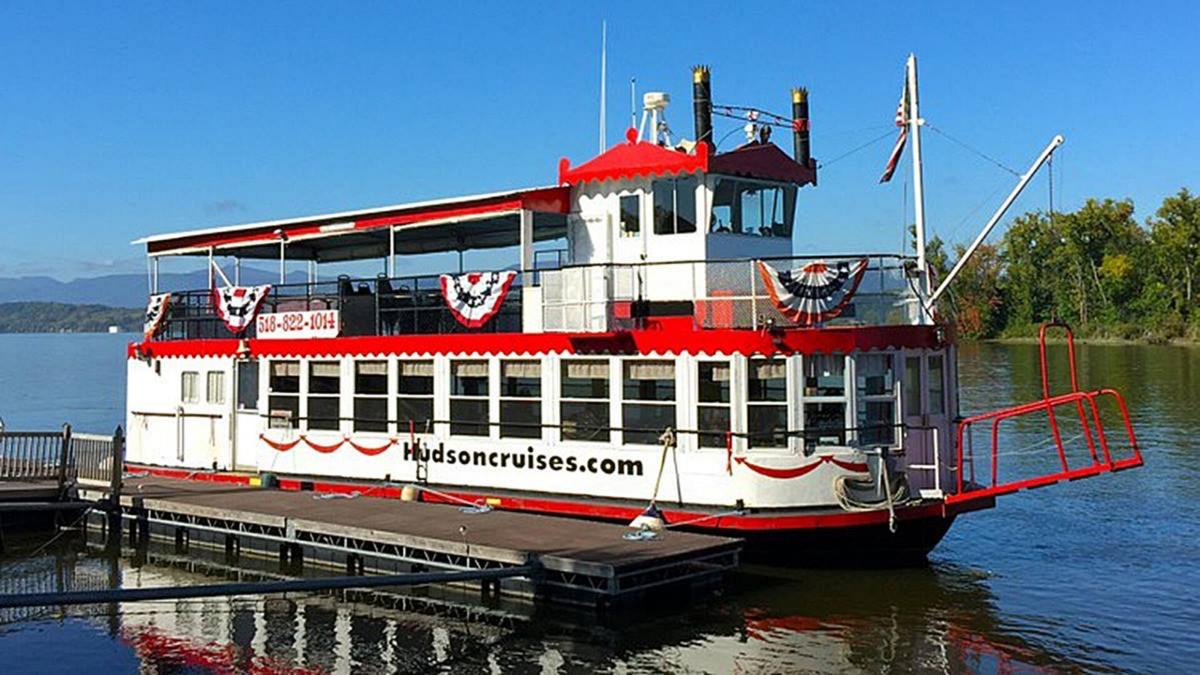 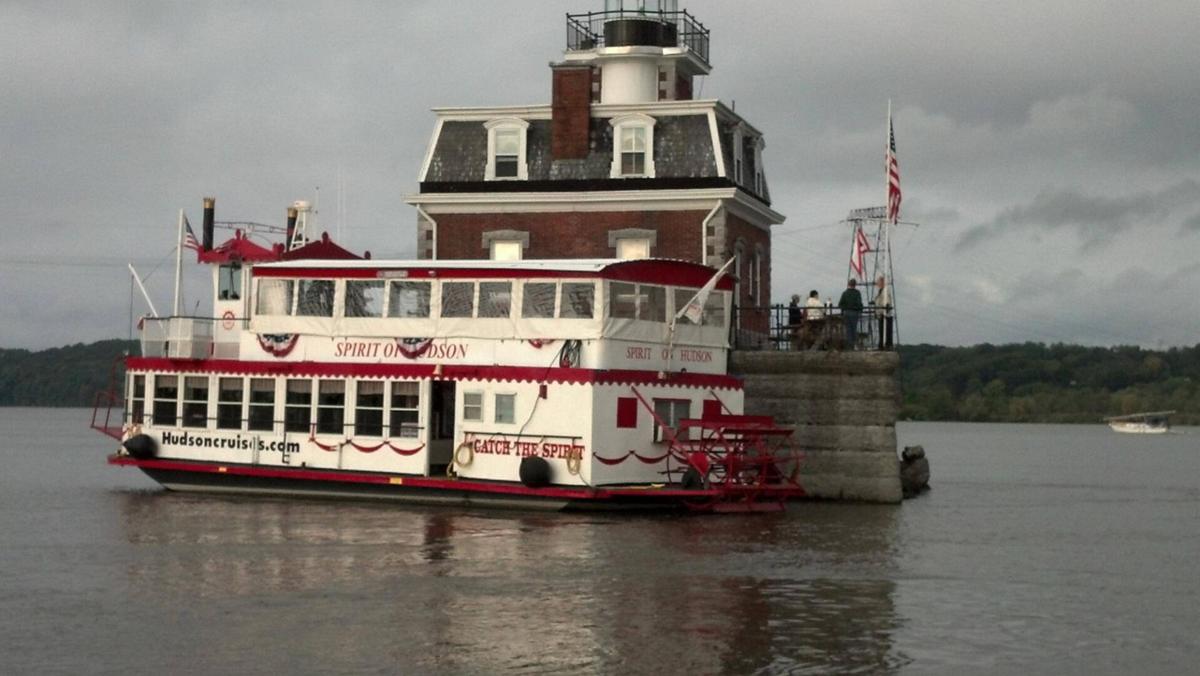 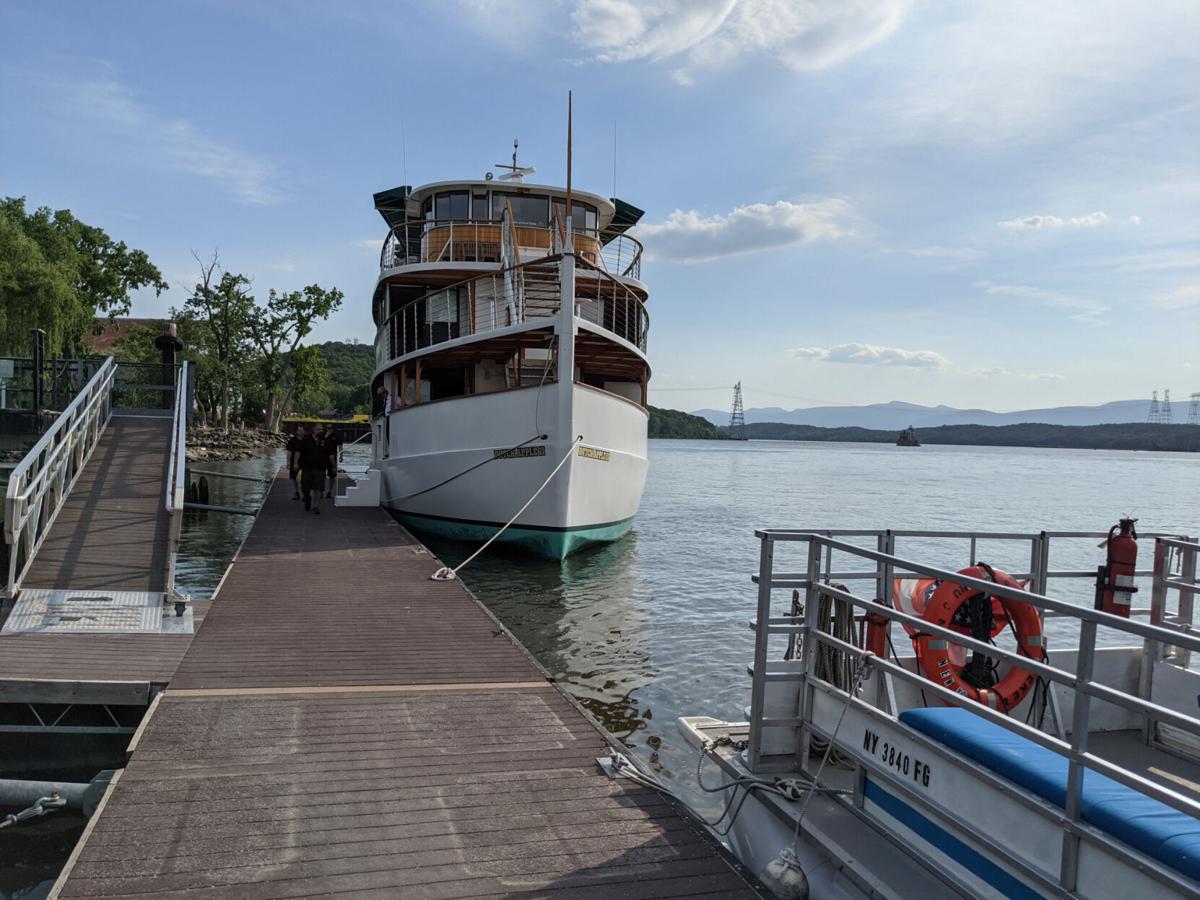 The commercial docks are in the water. Contributed photo

The Riverkeeper boat at the commercial docks on Thursday. Contributed photo 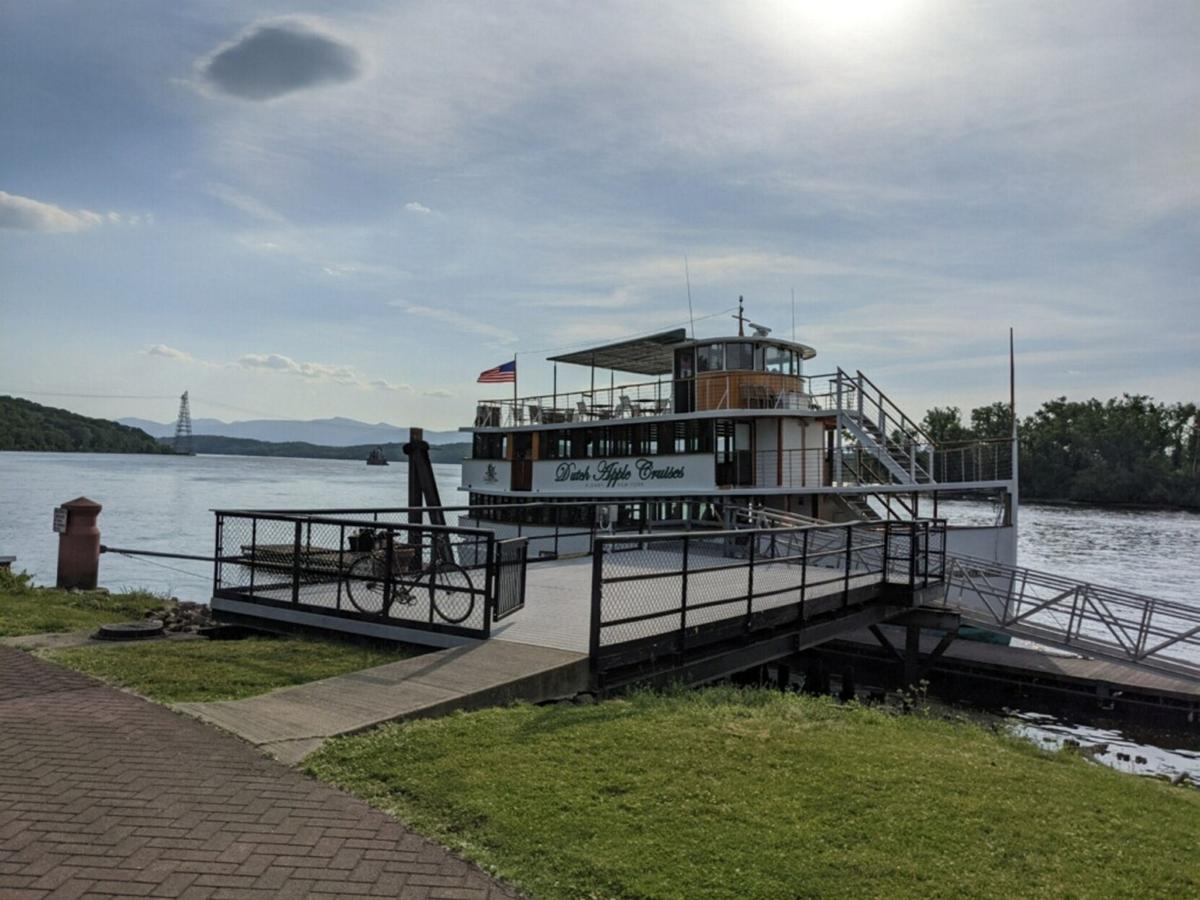 Pictured, the Dutch Apple II docked at the commercial docks at the Hudson waterfront on Saturday. Contributed photo 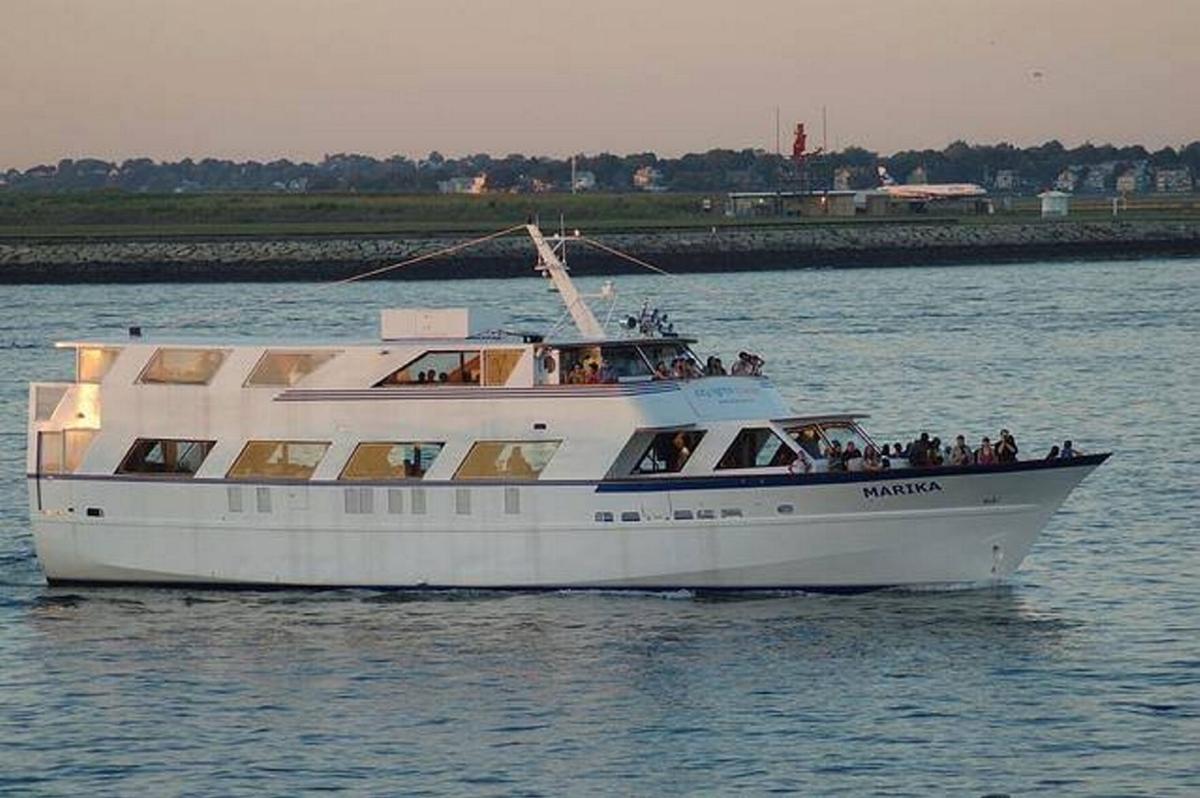 Hudson Cruises is hoping to negotiate with the Hudson Sloop Club to bring the Marika, pictured, to the waterfront. Courtesy of Hudson Cruises

The commercial docks are in the water. Contributed photo

The Riverkeeper boat at the commercial docks on Thursday. Contributed photo

Pictured, the Dutch Apple II docked at the commercial docks at the Hudson waterfront on Saturday. Contributed photo

Hudson Cruises is hoping to negotiate with the Hudson Sloop Club to bring the Marika, pictured, to the waterfront. Courtesy of Hudson Cruises

HUDSON — Hudson Cruises and the Hudson Sloop Club are working together after going toe-to-toe over the commercial docks at the city’s waterfront.

Hudson Cruises had reign over the city’s commercial docks for 17 years until the Common Council granted the dock license to the Sloop Club this year. The council initially voted to authorize Mayor Kamal Johnson to enter an agreement with Hudson Cruises before backtracking the same night to learn more about the other, ultimately successful, applicant.

Commissioner of Public Works Peter Bujanow and Mayoral Aide Michael Chameides had determined Hudson Cruises had the best proposal for the docks, so the council was initially only presented with a resolution considering Hudson Cruises before council members asked for more information.

The Hudson Sloop Club is serving as a dock coordinator for visiting vessels throughout the season.

Two of the Hudson Cruises boats, the Spirit and Li’l Spirit, took their places at the Hudson waterfront over the weekend shortly after the dock’s June 1 installation.

Hudson Cruises and the Hudson Sloop Club agreed to a 30-day dock rental for the Spirit and Li’l Spirit and it is up to the Common Council to approve a full season rental agreement, Merrett said.

The Hudson Sloop Club and Hudson Cruises are in negotiations for when the Marika can dock at the waterfront, Abdula Noor Rahaman, of Hudson Cruises, said Tuesday.

“Hudson Sloop Club is showing that we can support our local tour boats and host visiting vessels, maximizing the impact and public good our docks can create,” the Hudson Sloop Club said in a statement Tuesday.

The Sloop Club paid $3,700 in cash to the city for the dock license with $2,700 of in-kind services for dock installation and removal, Sam Merrett, the waterfront director for the Hudson Sloop Club and now commercial-dock coordinator for the city, said.

Hudson Cruises hopes to work out an arrangement for when it can bring the Marika to the docks, because it is a main source of revenue for the company and attracts tourists to the Hudson area, Rahaman said.

The Marika draws visitors for sunset cruises and private events, he said.

Bujanow attempted to find a compromise between the two group’s proposals but was not able to as the council deliberated its options. The Hudson Sloop Club’s proposal centered on bringing visiting vessels to the waterfront for public programming and Hudson Cruises needed control of all three commercial boat spaces to fully operate.

Rahaman said he doesn’t know what to expect from the council in terms of the seasonal agreement being approved.

The dock fees for both the Spirit of Hudson and Li’l Spirit ferry boat would be $435 for the season, Merrett said. Hudson Cruises got a discounted rate because they committed to provide public programming through ferry rides to Athens and sightseeing trips on Waterfront Wednesdays.

The city sets the rates based on the club’s suggestions, Merrett said. The base fee for boats at the dock is based on length of the boat, therefore the amount of the dock being used, and then that figure is discounted based on public programming offered.

“Dockage will be calculated through a combination of vessel size, length of stay and the programming they bring,” Merrett said. “The city sets the rates but the Sloop Club makes suggestions based on public benefit. The message is simple: public programming is just as valuable as revenue and we welcome either form of payment. Vessels providing private programming should expect to pay $1.50 per foot. These low rates are aimed at increasing activity at our waterfront.”

The Riverkeeper Patrol Boat was charged $54 for docking on Thursday and the Dutch Apple II was charged $65 to dock for a wedding reception on Saturday.

When Hudson Cruises was denied the license, Rahaman said the company would look elsewhere to dock its boats. But Hudson Cruises is working to continue to have a presence in Hudson.

“We are trying to get this together for the community because ultimately if we’re not there we can’t serve the community or ourselves,” Rahaman said.

“The goal of this whole thing was never to remove anything from the waterfront,” Merrett said. “It was to add to it.”

Prospective visiting vessels to the commercial dock should reach out to the Hudson Sloop Club to coordinate.

Hudson Cruises and the Hudson Sloop Club are both compromising, Rahaman said.

“We’re going to make the best of it,” Rahaman said. “We are going to try to work together and collaborate on the things we can serve the community and be economically prosperous.”

Hudson Cruises lost tens of thousands of dollars by not getting the license, Rahaman said Tuesday.

“Generally speaking, it’s difficult to continue a flow of business because we have to speak to prospective clients and let them know our limitations and to try to do the best we can to accommodate their needs without having to compromise their event,” he said, hoping for a compromise for the Marika soon.

Merrett is feeling optimistic about the docks, he said.

“Compromise does actually work sometimes,” he said. “It’s not a nasty all-or-nothing disaster.”

Merrett and Rahaman both said the city started the process too late to secure a dock licensee.

“What is happening on the docks has been unfortunate and I don’t think it happened in the way anyone wanted it to happen,” Merrett said.