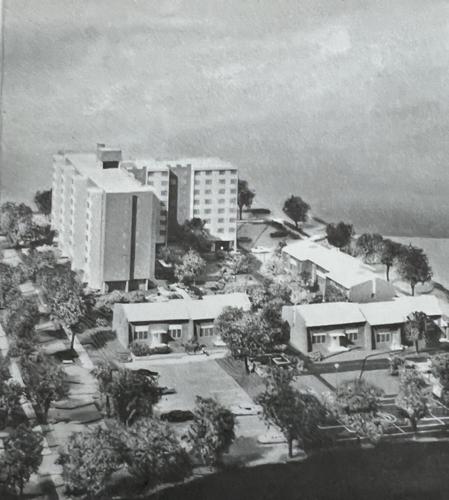 File photo A model of Bliss Towers that was published in the second annual report of the Hudson Urban Renewal Agency in April, 1972. 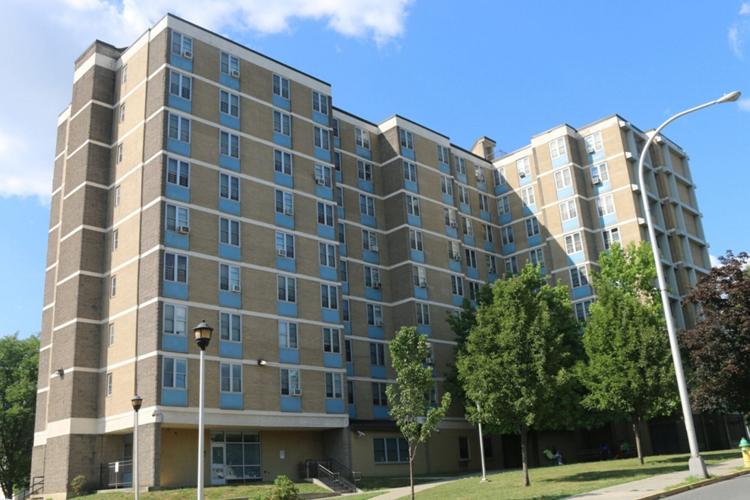 File photo Bliss Towers in Hudson in this 2018 file photo.

File photo A model of Bliss Towers that was published in the second annual report of the Hudson Urban Renewal Agency in April, 1972.

File photo Bliss Towers in Hudson in this 2018 file photo.

HUDSON — The Hudson Housing Authority said Friday that it is hopeful the funds from an anonymous donor will clear all the overdue rent from tenants who owe money at Bliss Towers over the next few weeks.

An anonymous donor will pay all back rent for tenants of Columbia County’s largest public housing complex.

The $60,000 donation, made in partnership with the Hudson/Catskill Housing Coalition, a Black-led initiative supporting public housing rights, will pay off household debt for all tenants who need it.

“We have so many tenants who are dealing with difficulties from COVID, folks who lost their job and people who have gone into debt for many different reasons,” said Nick Zachos, interim executive director of the Hudson Housing Authority, which oversees Bliss Towers. “I’ve heard from numerous tenants about how important this will be, and tenants asking is this really going to happen?”

The authority plans to circulate an informational letter detailing the arrangement of the plan. Zachos said Friday that the back rents will be paid off in the next few weeks, “Hopefully.”

The reality that an anonymous, behind a veiled curtain, stranger will be wondrously, almost magically, making overdue payments disappear sounds too good to be true for some Bliss Towers tenants.

The authority has been plagued for mpnths by the persistence of asbestos and conversations about the inevitability of demolition. So the idea that overdue payments will vanish came as a surprise to Bliss Towers tenant Jaqueline Fason.

Fason, 58, had not heard the news that her months of back rent would be paid and she seemed surprised but hopeful.

“I will probably be less depressed without the burden of debt,” she said.

Fason is disabled and used to work for the Columbia County Healthcare Consortium, an organization that improves rural communities’ access to health care, before she was laid off during the pandemic. She has lived at Bliss Towers, colloquially referred to as Hudson’s high rise building, for the last 17 years. “It is wonderful news,” Fason said. “It takes a weight off my shoulders.”

Fason said she has been feeling overburdened by the 40-year record high inflation that has increased prices of goods and services, from groceries to furniture and everything in between. She pays $262 per month in rent, and reported that the government should be doing more to help people living in affordable housing, expressing that the alleviation of unpaid rent should not have to come to an anonymous donor to relieve the anxieties associated with debt.

But as the Social Security programs that derived from the unprecedented COVID-19 pandemic fade into the distance, as a new version of normal sets back in, whether public housing tenants will be protected from eviction in the future is uncertain. The pandemic-related eviction moratorium that protected tenants from being evicted for overdue rent payments ended in January.

Cost burdened, a term meaning a person pays 30% of their income toward rent, is standard for Bliss Towers tenants. Housing cost burdens are higher among low-income families. According to a 2017 study published by the Harvard Kennedy School of Government, 83% of households with incomes below $15,000 experience a cost burden.

Quintin Cross, senior policy advisor for the Hudson/Catskill Housing Coalition, said Friday the organization was speaking about how public housing tenants were ineligible for the Emergency Rental Assistance Program created to help New Yorkers with rental and utility costs.

“Because of this the donor immediately stepped up,” Cross said. “We are grateful that the donor did this tremendous act for those that are often left in the margin in substandard housing.”

Cross said that since the eviction moratorium has not been reinstated, tenants of Bliss Towers who do not pay their overdue rent could face the possibility of eviction even though it is considered subsidized public housing. But the anonymous donation protects these tenants from facing eviction for the foreseeable future.

How to safely dispose of old medications and other household drugs