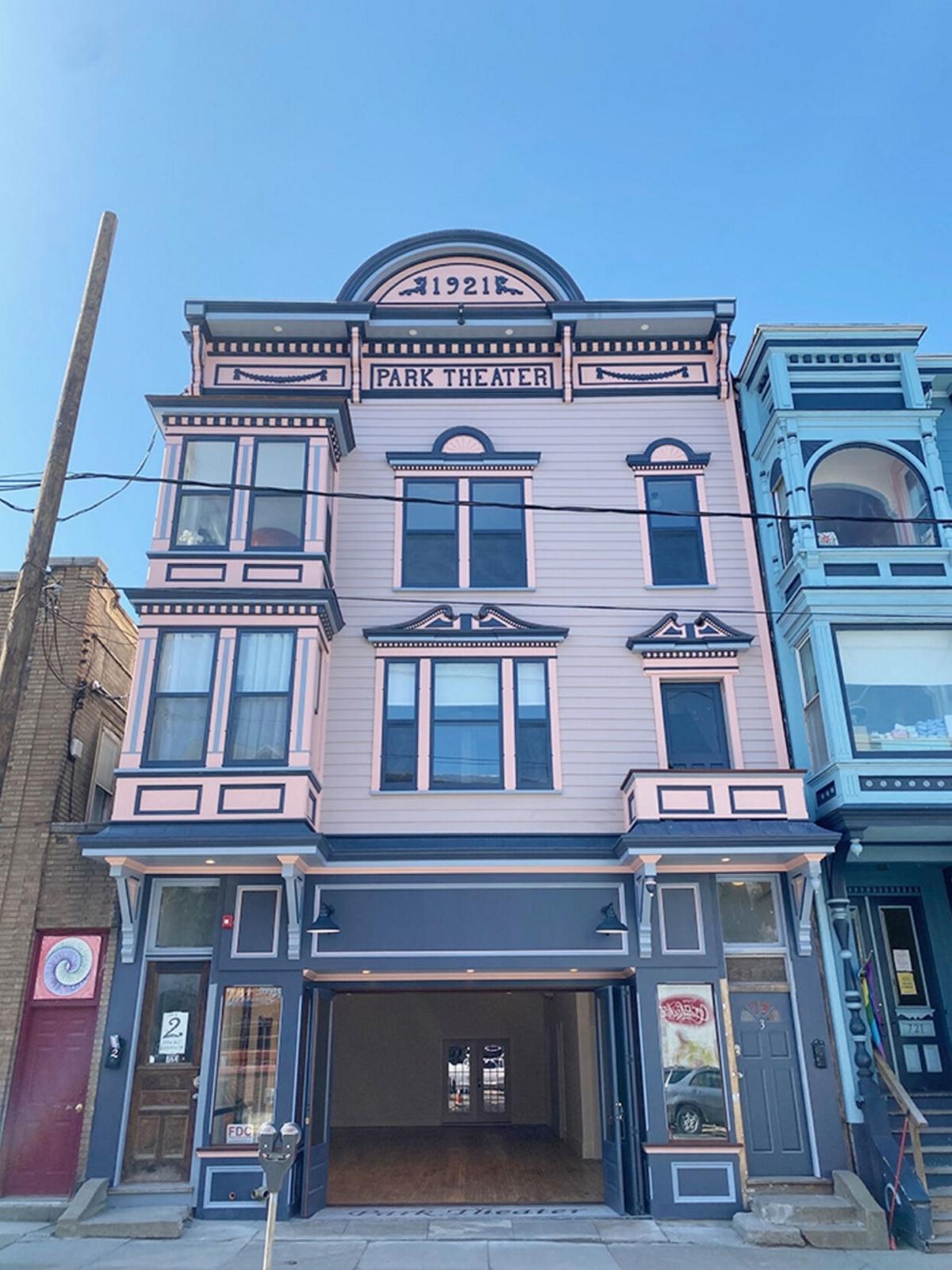 The front of the Park Theater has been recently restored. 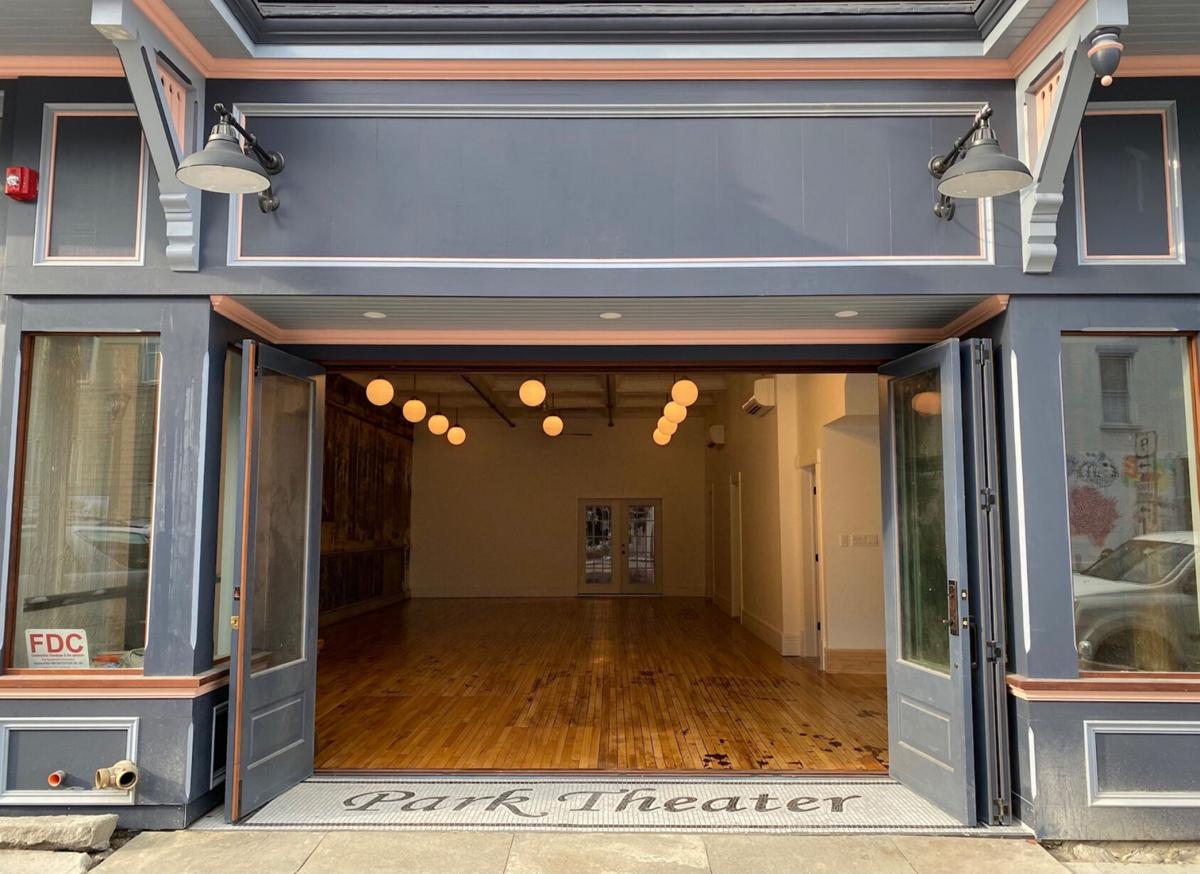 Bands will play in the entryway of the theater for an outdoor audience during the event Saturday. Aliya Schneider/Columbia-Greene Media 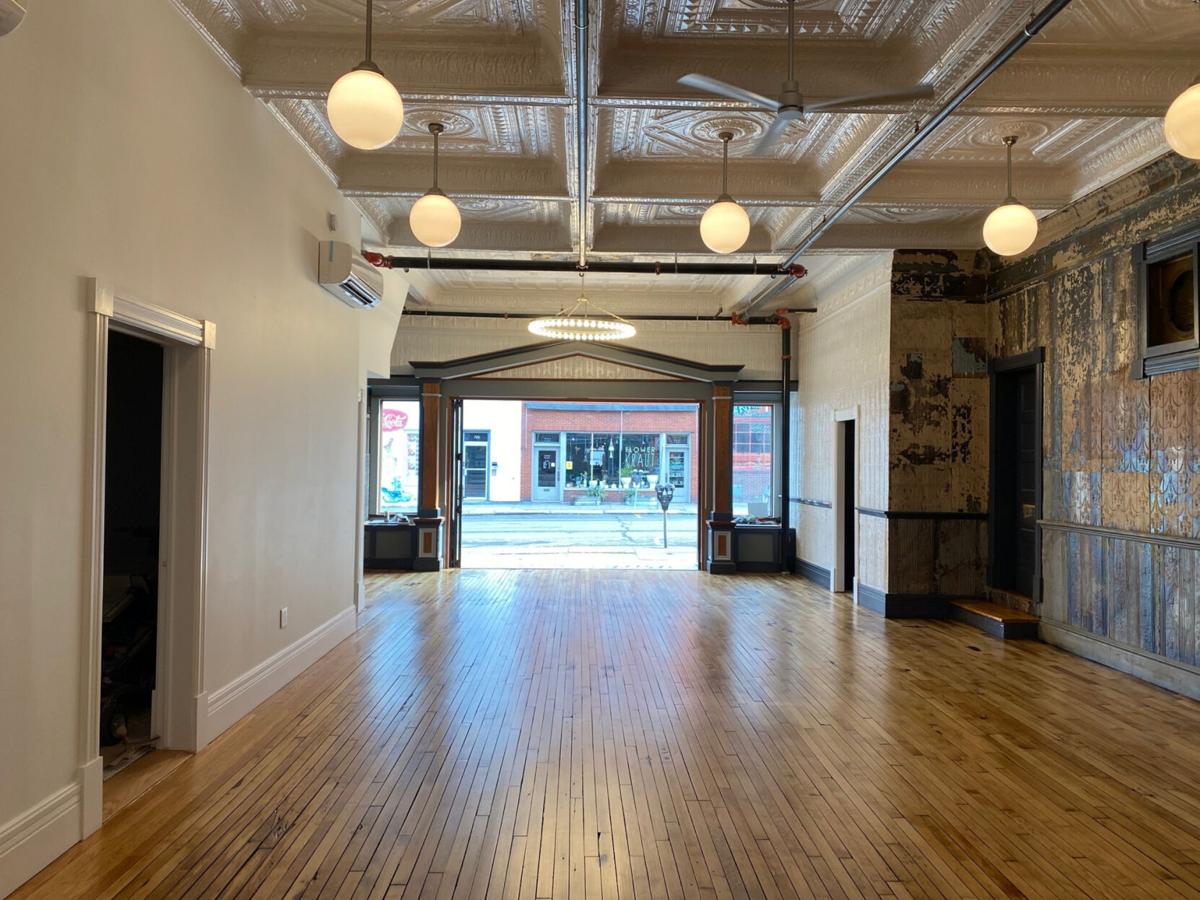 The restoration of the front part of the theater is complete. Aliya Schneider/Columbia-Greene Media 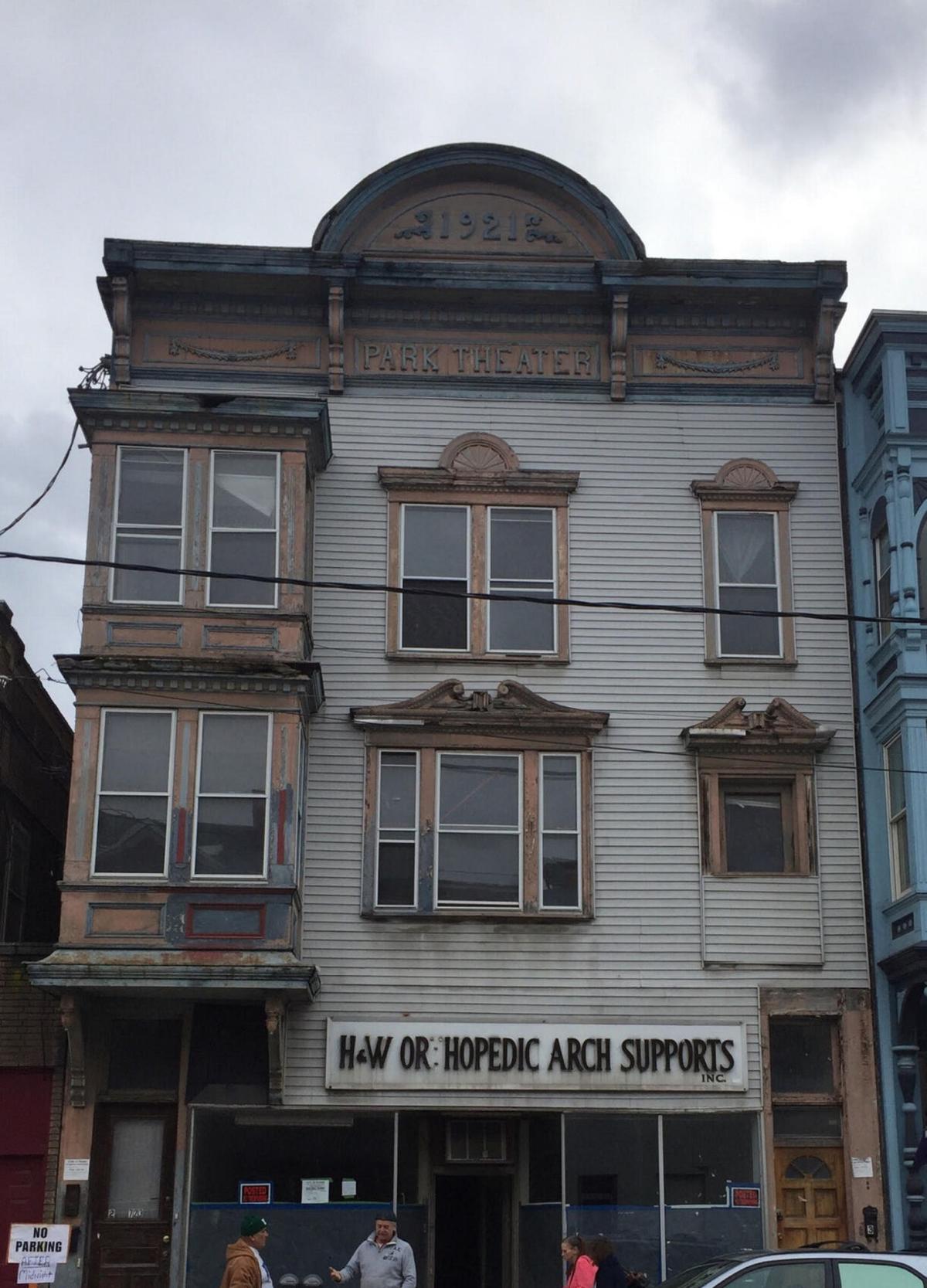 A photo of the building before the restoration began. Contributed photo 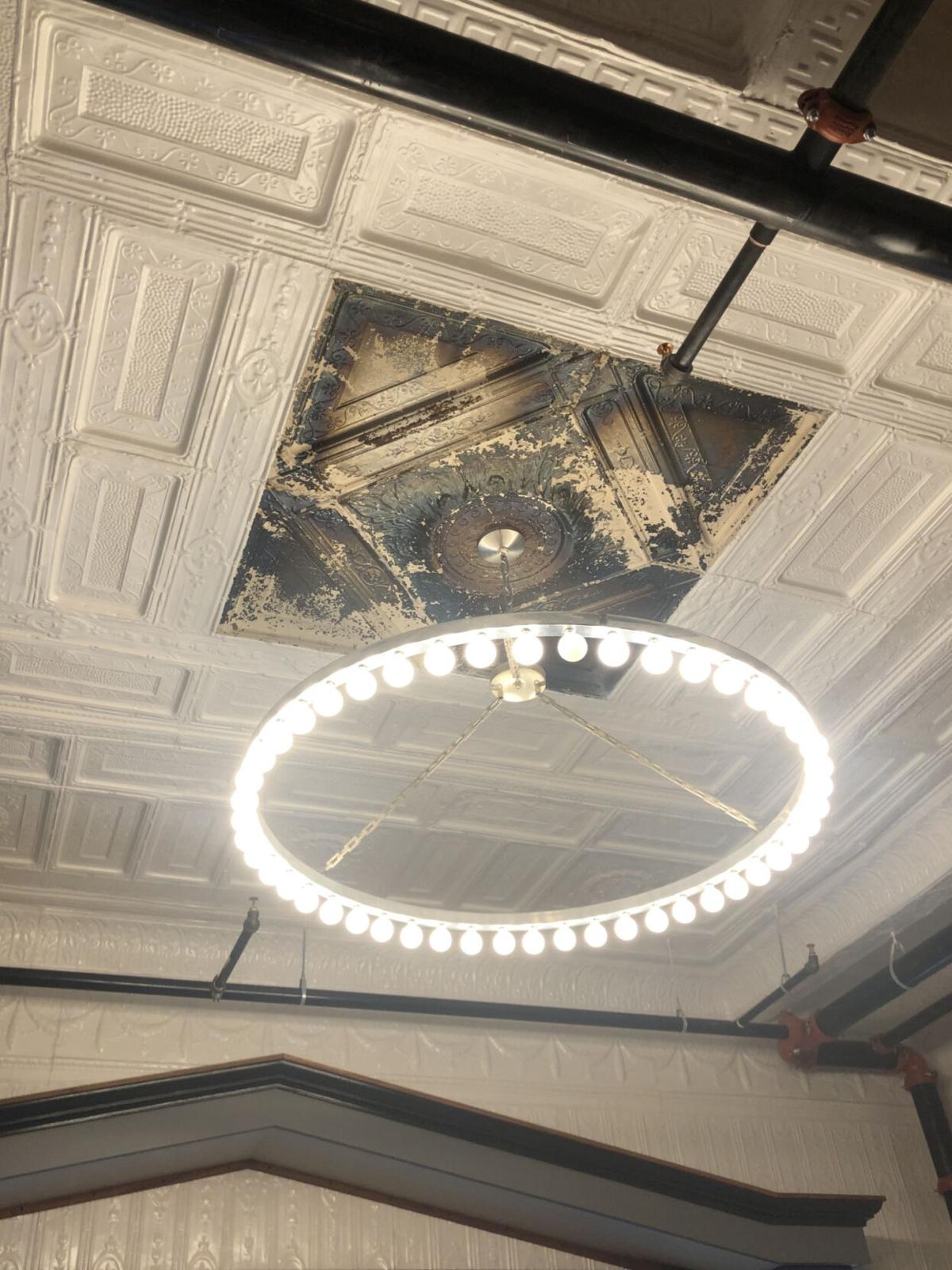 Part of the restored ceiling in the front finished part of the building. Aliya Schneider/Columbia-Greene Media 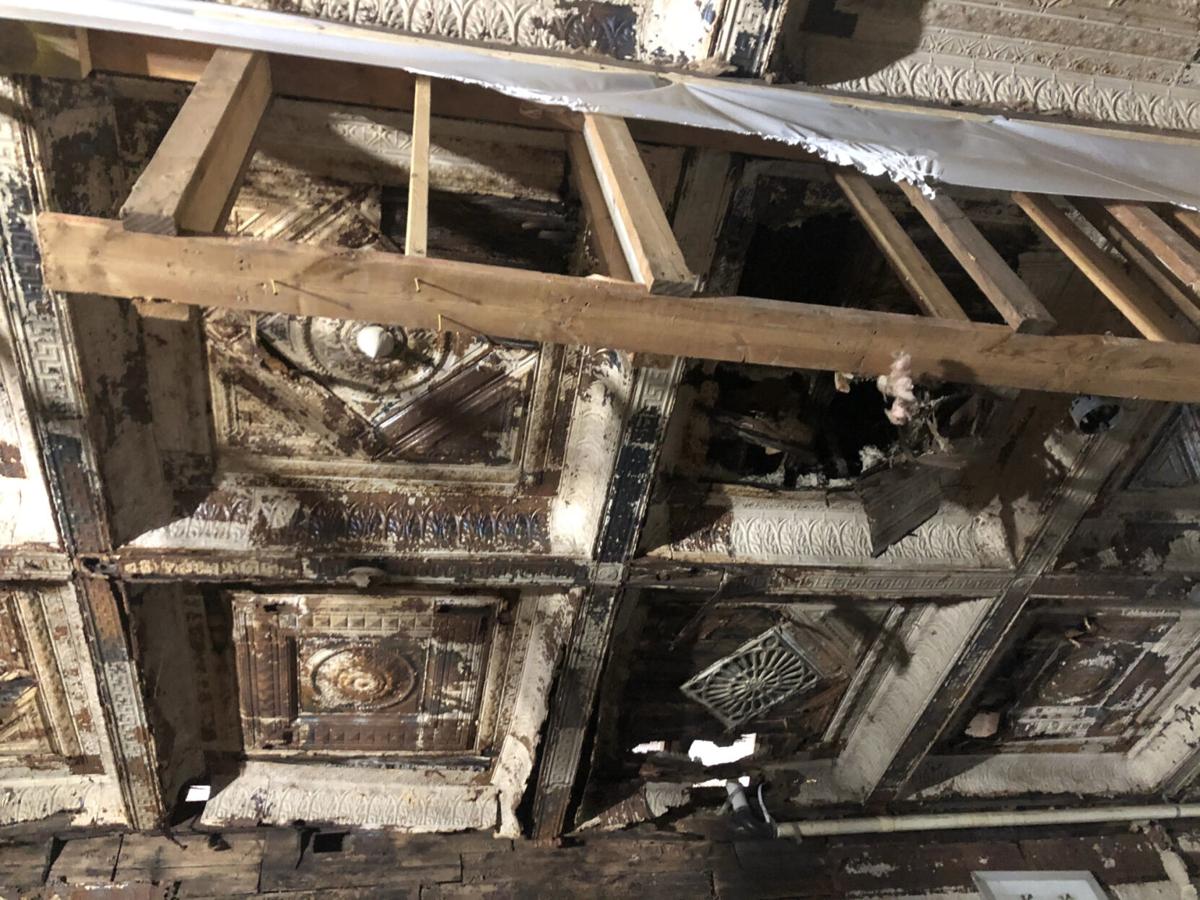 The damaged ceiling in the back of the building. Aliya Schneider/Columbia-Greene Media 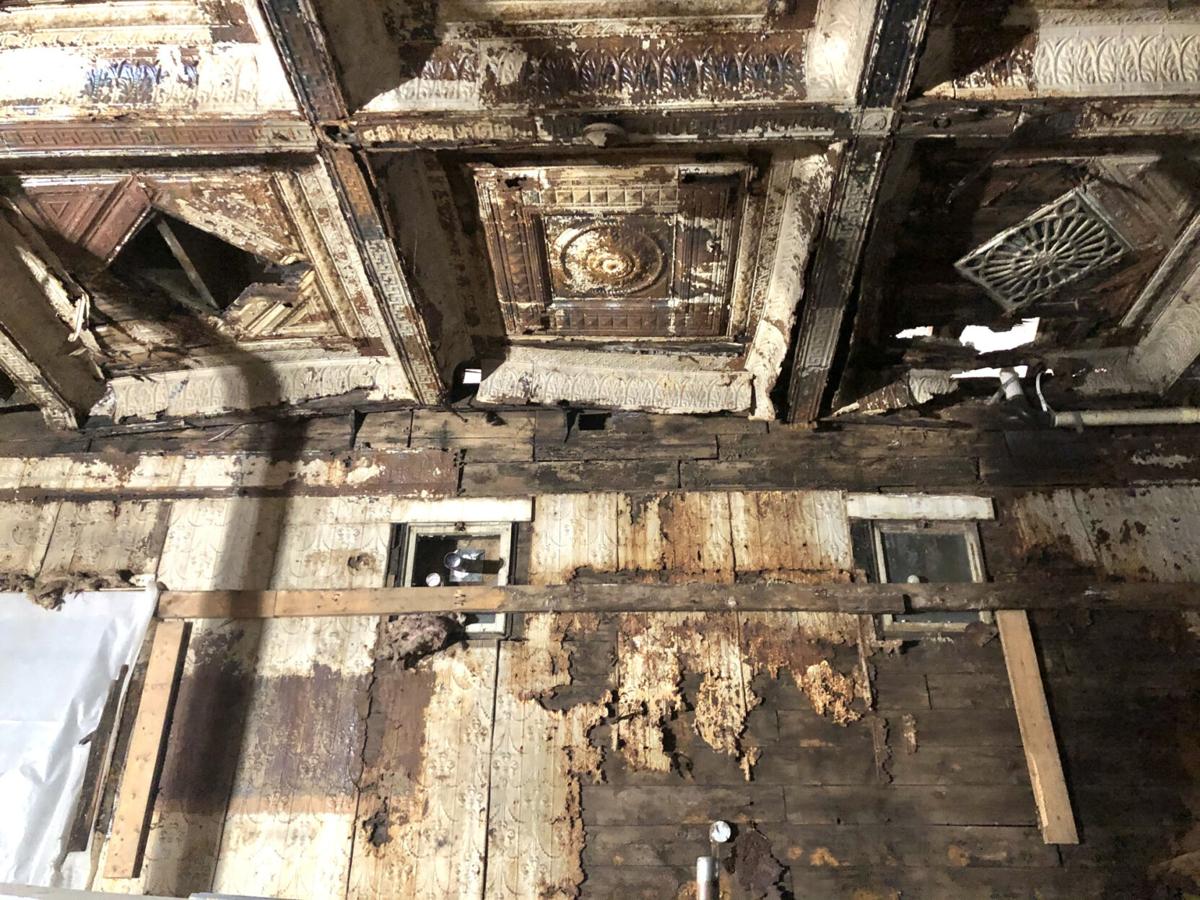 Part of the damaged ceiling and wall in the back of the building. Aliya Schneider/Columbia-Greene Media

The front of the Park Theater has been recently restored.

Bands will play in the entryway of the theater for an outdoor audience during the event Saturday. Aliya Schneider/Columbia-Greene Media

The restoration of the front part of the theater is complete. Aliya Schneider/Columbia-Greene Media

A photo of the building before the restoration began. Contributed photo

Part of the restored ceiling in the front finished part of the building. Aliya Schneider/Columbia-Greene Media

The damaged ceiling in the back of the building. Aliya Schneider/Columbia-Greene Media

Part of the damaged ceiling and wall in the back of the building. Aliya Schneider/Columbia-Greene Media

HUDSON — An old theater in Hudson is opening its doors Saturday for an outdoor concert to celebrate the partially restored building’s centennial with hopes of launching a summer concert series.

The Park Theater, 723 Warren St., was destined for destruction before Hudson resident Shanan Magee purchased it in 2016.

Magee grew up in the area, attending Catskill high school and often visiting his grandparents in Hudson. He left the area at 18 years old and returned in 2016 when he was 40. Magee and his father, who is part of the Mitchenson family, who worked in theaters in Hudson in the 1950’s and 1960’s, decided to rescue the Warren Street venue.

The silent movie theater opened in 1921 and closed in the 1940s, according to Magee. A notice to vacate the building, deeming it dangerous, was posted in 2014. “Many contractors walked in and walked out, and Craig [Haigh, the code enforcement officer] was planning to demolish the building until I bought it,” Magee said Wednesday.

While the whole depth of the space was used for the old theater, the ground floor is currently separated into a finished front part and back part that remains deteriorated, awaiting construction.

Two apartments have tenants above the finished part of the building.

A temporary wall separates the finished front from the back, which still has deteriorated walls riddled with water damage and a back wall and foundation that needs to be rebuilt. The wall can be shifted back as the back of the space progresses, Magee said.

The space will ideally become a performance arts venue, but with costly long-term renovations still needing to be done, its future remains uncertain. While he doesn’t anticipate it being a movie theater, he wants to return the building to its roots in some fashion.

Magee received a grant from Empire State Development to restore the building and is looking for another grant to finish the building.

The front room will soon be a furniture showroom with the opportunity to host performances periodically as needed, according to Magee. Wither’s Studio, a furniture maker based in Redhook, has a two-year lease to use the front space as a showroom.

The front space was completed in late March and Magee hosted a soft opening for family, friends and workers who restored the building in April. Saturday’s live music event will be the first open to the public. The public will not come inside the building though, Magee said.

Saturday’s 7 p.m. event will feature live music that can be enjoyed by passersby and people in 7th Street Park to celebrate the centennial of the old theater’s opening date of May 9, 1921. The theater received a mass gathering permit with approval from Mayor Kamal Johnson on April 13.

The theater is planning to continue a concert series every second Saturday through the summer. Like Saturday, the free events will feature bands performing in the theatre entry way and spectators will be outdoors.

Magee coordinated with neighboring businesses to use their Warren Street Seasonal Usage parking spots, but the program, which allows businesses to have extra space in parking spots with barriers in front of their businesses, is not set to launch until May 15. Magee hopes to have two or three spots ready early this Saturday.

While Magee is planning the series, he is still is ironing out logistics, awaiting answer on a $7,500 request from the city Tourism Board.

While the board seemed supportive of the program, they are figuring out their budget before committing to funding, Magee said Wednesday.

Magee worked with Johson, the police department and the Department of Public Works to align the series with the noise ordinance in the are and has had conversations with residents and business owners around the venue, he told the board earlier this week. “So far the support is pretty overwhelming,” he said.

Grazin’, Wunderbar and Hudson Roastery agreed to remain open during the concerts to support the demand for food and sponsor the event if public funding is secured, Magee told the board. The Columbia County tourism board committed $500 to the event and the Hudson Business Coalition and Catskill-based 3 Academy Studio are providing support for marketing and connecting with artists, respectively.

The Second Saturday series will cost a total of $13,900 according to Magee’s presentation to the board. $2,150 would cover permits, insurance, advertising and Covid-19 safety; $6,000 would cover equipment; $5,000 would cover five performances and $750 would cover catering for the artists.

The theater is seeking other funding sources beyond the $7,500 from the board.

Board member Chris McManus commended Magee for seeking out other funding streams instead of fully relying on board funds. “I appreciate that you’re doing that,” he said. Renovating the old cinema has been a “long challenging renovation project,” Magee said to the board. “... I had no idea what I was getting into.”