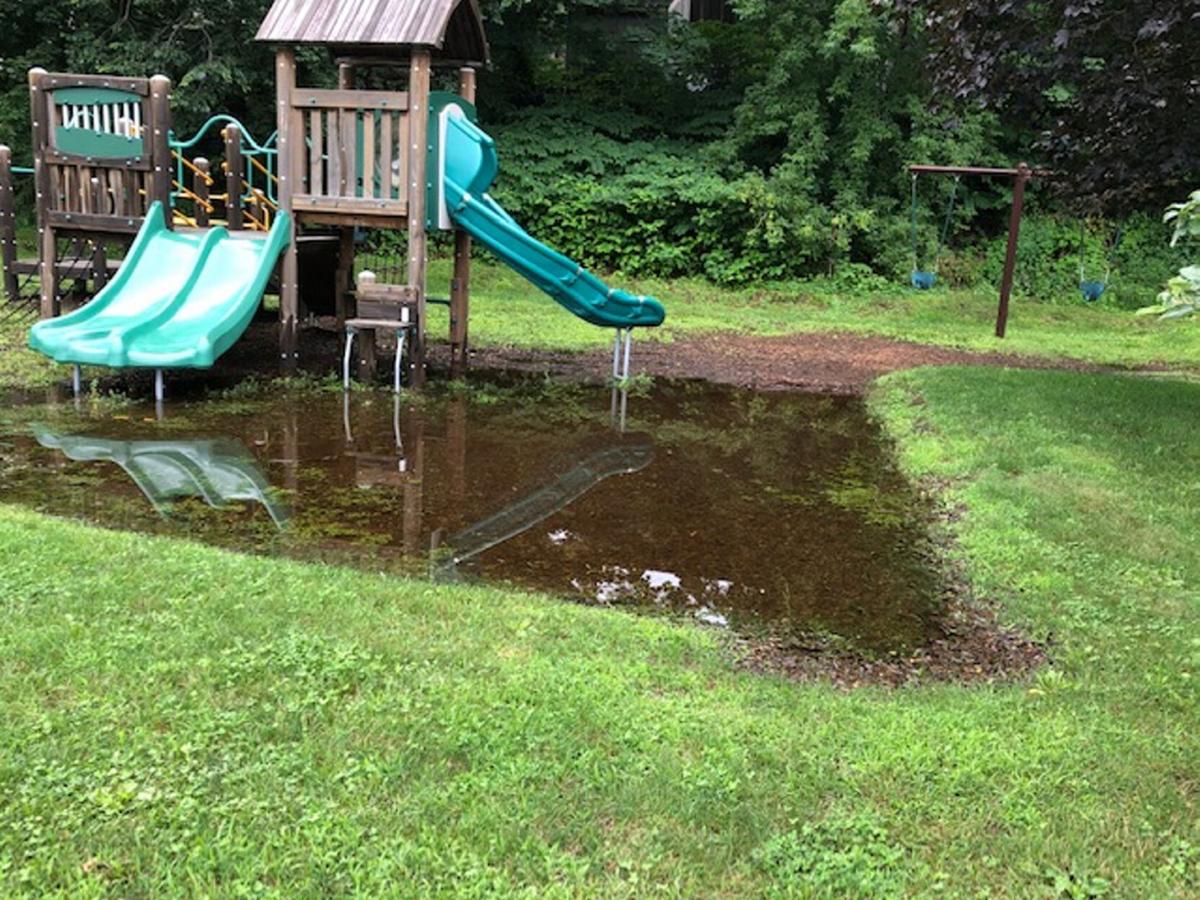 Flooding in the Hamlet Park has been causing public events to be postponed. Contributed photo 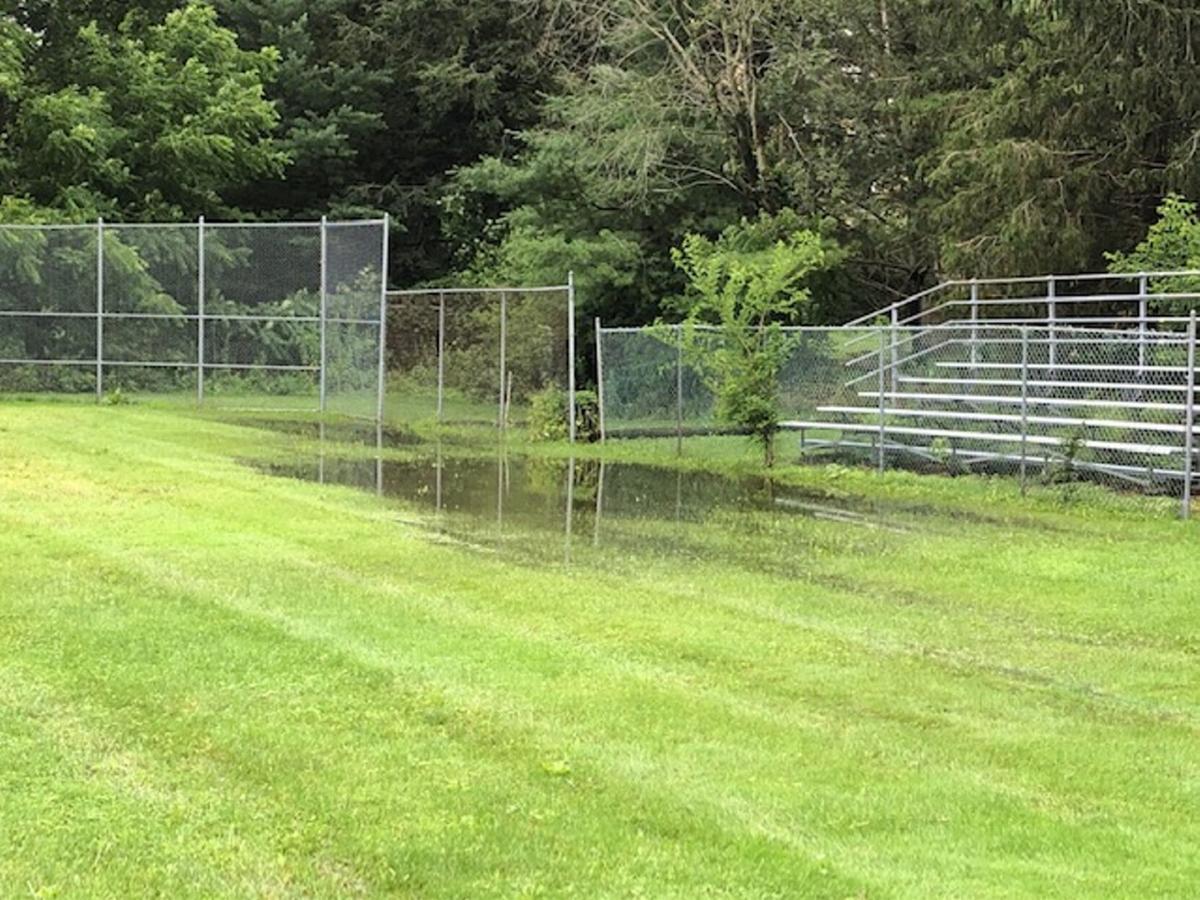 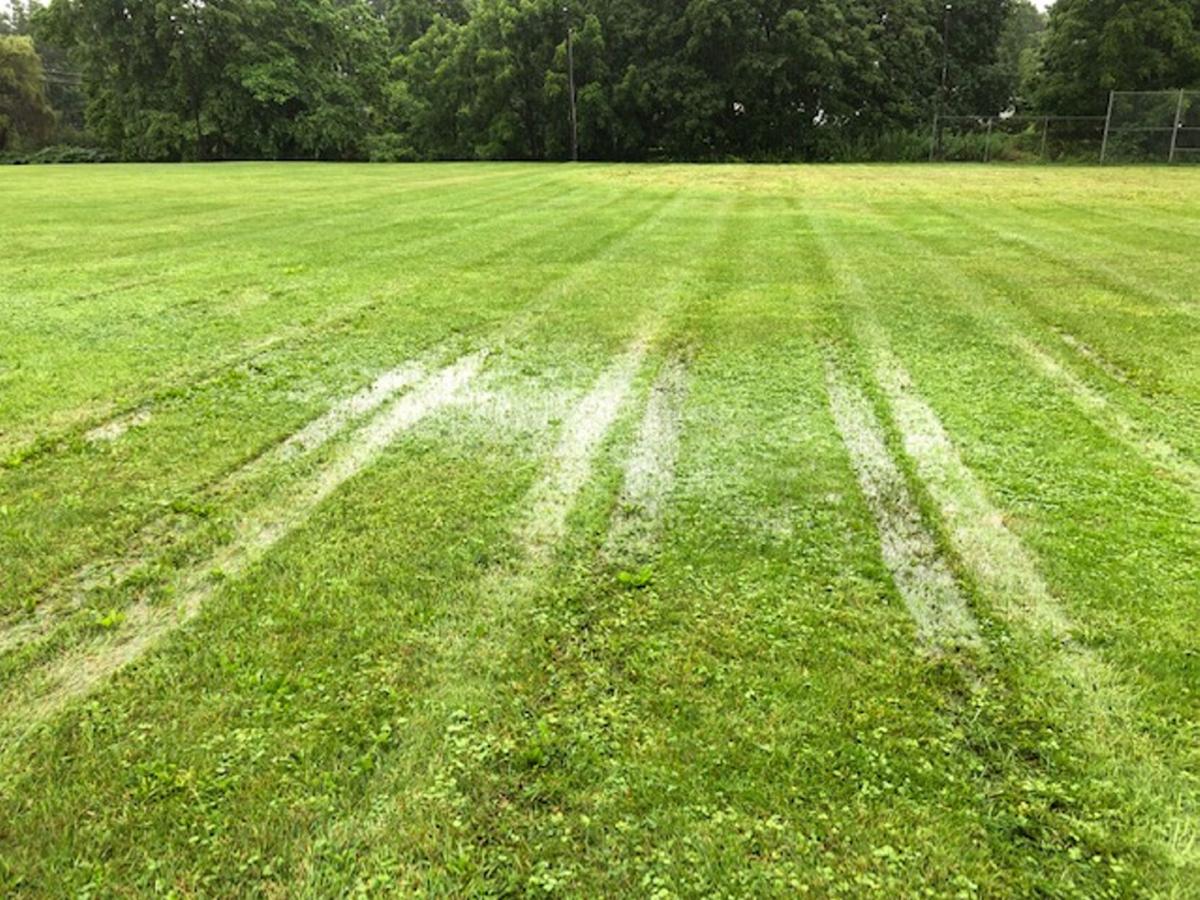 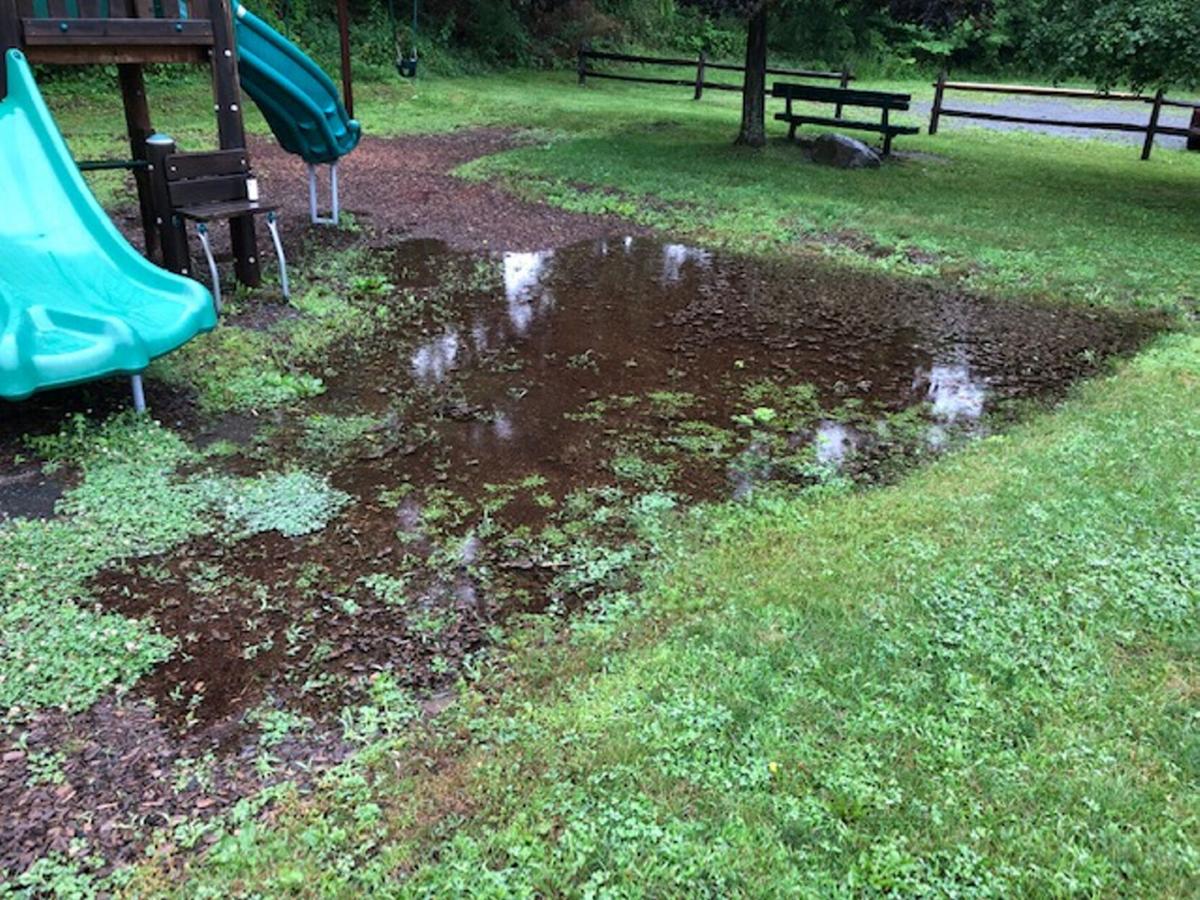 Flooding in the Hamlet Park has been causing public events to be postponed. Contributed photo

HUDSON — Fundraising for the Hillsdale Hamlet Park renovations will aim to improve flooding in the park, which has forced the postponement of several scheduled events.

A design for a park renovation developed by the Hamlet Committee and Chazen Design consultants was approved at the February town board meeting. The estimated cost of the renovation is between $1.2 million and $1.5 million. Drainage has been an ongoing problem in the park, making portions of the public space unusable, Toby Butterfield, Hamlet Committee chairman said Tuesday. The park improvement plans incorporate a new drainage system.

“The condition of the park has been way worse than normal and it’s always a problem,” Butterfield said.

The Jams in the Hamlet outdoor concert series was scheduled for July 17 and has been rescheduled for Saturday. Organizers are trying to secure an indoor space as a back-up site but want to keep the concert outdoors.

There is a lot of enthusiasm surrounding the park improvements, but money has to be raised to make them happen, Butterfield said. The reconstruction will be funded by government grants, private donors and foundations.

The Chazen feasibility study is almost complete, and will be sent out with government grant applications within the month, Butterfield said. The study was funded by a Parks and Recreation reserve fund with additional support from the Hillsdale Economic and Community Development Corporation, Town Supervisor Christian Kersten said.

Butterfield expects about $300,000 will have to be raised by private donations for the park improvements and the rest will be covered by government grants. The funds will largely go toward the stormwater drainage and construction costs.

“The plan is not to use any taxpayer money for this purpose,” Butterfield said.

A green infrastructure grant program can be used to fund 90%, or $900,000, of an underground drainage system for the park, Butterfield said.

“We’re crossing our fingers and hoping we get that one, because it’s essential,” Butterfield said.

The town would likely hear back in December, he said.

“Drainage has been a perennial problem in the park,” Butterfield said. “It has frequently interfered with community events and it is the most pressing problem we have to solve, particularly as this summer has shown, and so the big green infrastructure grant would be a god-send to make the park usable again.”

A committee of volunteers will run the fundraising campaign, chaired by Lauren Letellier, who is on the Hamlet Committee. The committee is looking for members and interested parties can reach out to Letellier at laurenletellier@gmail.com.

The campaign committee is separate from the Hamlet Committee per legal advice, Butterfield said.

The town board is overseeing the park improvements and the Hamlet Committee is active in advising and making recommendations to the board, Butterfield said.