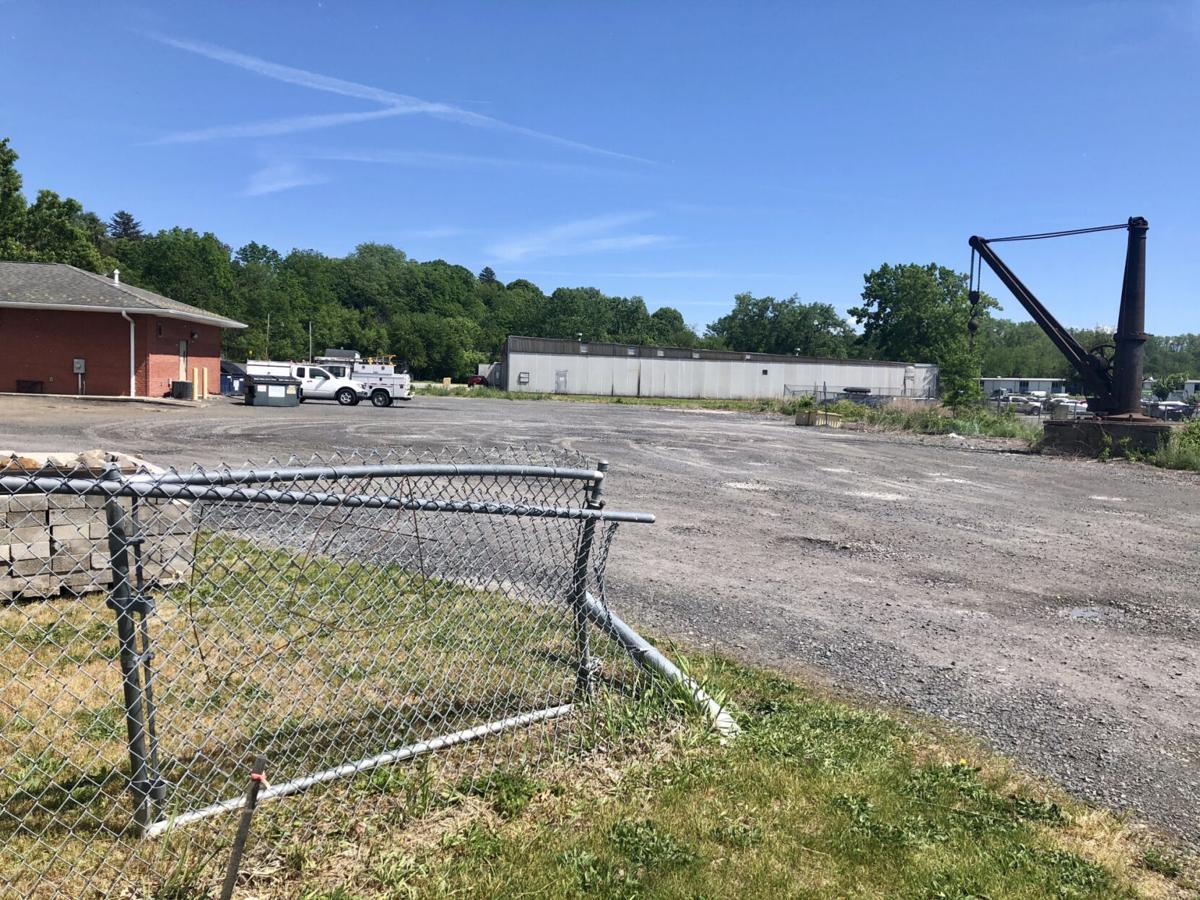 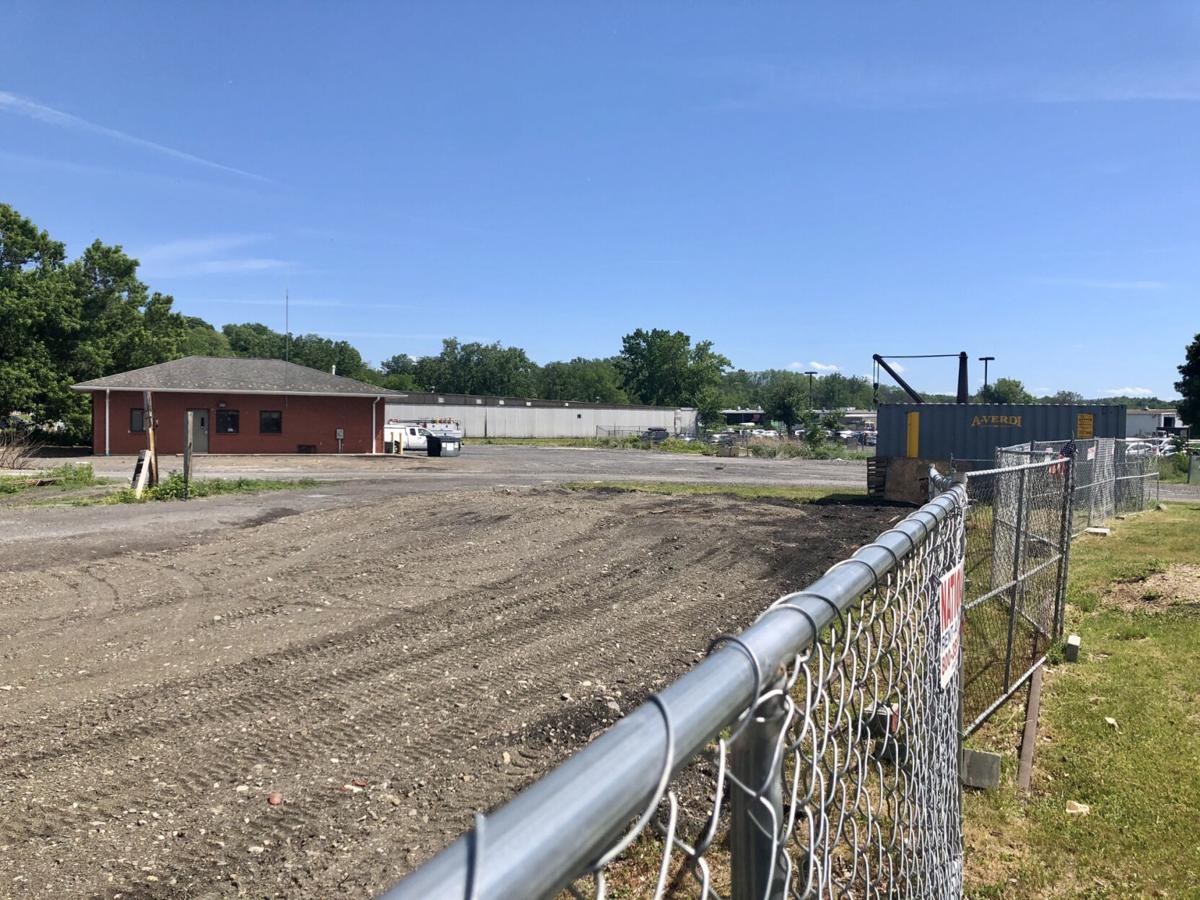 HUDSON — The Hudson Development Corporation voted unanimously Tuesday to accept a letter of intent to sell the Kaz site to a developer, but the identity of the developer and the price tag remains a mystery.

Rasner said in a statement the sale will be one of the largest real estate transfers in Hudson in recent years. The developer forecasts an approximate $30 million investment.

The property has $487,160 of Downtown Revitalization Initiative funds attached to it, dedicated to the demolition of the site’s warehouse to make way for mixed-use transit-oriented development such as housing for students and young professionals, a job readiness pipeline program and community college programming, according to the state-issued award.

The prospective buyer is planning to use the grant money and has been in contact with Empire State Development, Rasner said Wednesday.

“Every single buyer we’ve every talked with will talk about mixed-use development which means they would put some housing on the property, not cover the property entirely with housing but it would be fair to say they are developing a new neighborhood and the amenities and services to go with a neighborhood,” Rasner said Wednesday.

The prospective buyer has already done positive work in the city and will not be a stranger to the public, Rasner said Wednesday.

The 3.7-acre Montgomery Street property where the Kaz manufacturing warehouses used to operate has been off the tax rolls since the board acquired it in a Dec. 3, 2010, arrangement with the city and former owner Lawrence Katzman. Katzman received a tax credit for the $900,000 appraised value of the property at the time and HDC paid off $38,000 in back taxes.

The board purchased an additional .86-acre from New York Central Lines-7 of CSX Transportation for $175,000 on Oct. 30, 2019 to provide Front Street access to the property, completing the 4.56 acre 15-18 Montgomery St. property, which is referred to as the Kaz site.

The public will be made aware of the details of the purchase when the deed is filed with the Columbia County Clerk, Rasner said in a statement Tuesday. The sale is expected to occur within the next 90 days.

Rasner told the board a week earlier that two local prospective buyers made cash offers of at least $2 million with no contingencies. But one of the interested parties withdrew its offer Monday for unexplained reasons.

“I spoke with that investor’s attorney but have not been told of any specific rationale for that decision,” Rasner said to the board Tuesday. “In all our meetings over six months, only one concern was ever voiced regarding the transaction. Any thoughts as to why they withdrew at this point are pure speculation. Move forward.”

Rasner said he felt morally and ethically obligated to meet with the other prospective investor Monday to update him on the withdrawal, giving him the opportunity to lower his offer.

“Through a long conversation I essentially gave him the opportunity to reduce his offer,” Rasner said to the board. “His offer was driven by the offer from the other buyer. Although we never disclosed to either buyer what those offers were, we did advise them when they were not perhaps the leading bidder. It just felt right to let him know that he had perhaps now bid against himself.”

But the buyer decided Tuesday morning to let his offer stand, under the condition the board makes a decision at its meeting Tuesday.

“His very strong offer stands,” Rasner said Tuesday. “No reduction in price. He emphasized that the offer extends to today’s meeting and not beyond. He respects if this board cannot make a decision today. That’s this board’s decision, but he will not extend his offer past the end of this meeting. So there you have it. Are we there yet? Almost kids, almost.” The withdrawn offer was slightly higher than the chosen buyer’s offer, but not enough that it would make a difference in the decision-making, Rasner said. The property was recently appraised for $2.3 million and the asking price was $2 million.

But the chosen buyer’s offer by the end was a significant increase from his initial offer due to the competition.

Rasner said Wednesday the property had almost 10 prospective investors over the past year.

Now that the letter of intent to purchase the site has been signed, the board, prospective buyer and attorneys are working on a contract for the purchase, Rasner said Wednesday.

In a real estate transaction the buyer has the legal right to remain unnamed, Rasner said. While Rasner did not discuss in detail if the suitor wants to remain anonymous, Rasner thinks the buyer should get to make the announcement.

“The buyer is going to have the baby, why should everyone else shout about that?” Rasner said. “Let them make the announcement.”

The organization had the right to discuss the sale in executive session so no one from the public can damage the process, he said.

But Common Council President and HDC ex-officio member Thomas DePietro said Wednesday there was one serious bidder all along. DePietro voted against the board’s decision to enter executive session to discuss the proposal details Tuesday. “Sometimes you spend a lot of time spinning wheels but you end up right back where you started, more or less,” DePietro said Wednesday. “In other words, the final bidder was really the only one who ever was a serious bidder.”

The bidder the board approved is a Hudson local who has promised to work closely with the city all along, DePietro added. The development of the property will now be up to the city’s municipal boards.

The best thing that resulted from the meeting Tuesday is that HDC will no longer have a role in the property’s development, DePietro said.

Maholtz said Tuesday that while it is up to the city, not the board, to approve details of the site development, HDC will likely partner with the developer.

“It is not really our place to determine what goes on that parcel beyond the general scope, and it needs to be developed in tandem with the public and the city’s processes,” she said. “So it’s (public input) going to happen and we’ll probably be partnered in helping them through the process, however, it is the city’s function to do that.”

She said the corporation continuing to own the property off the tax rolls and not serving a public good would be in violation of its mission for sustainable economic growth in Hudson.

The prospective buyer is part of the Hudson community and has a good reputation, Maholtz said, adding the board can not afford to lose more time by dragging the process out further.

The board took the property to a public competitive bidding process twice and failed both times, she said. The best offer in auction was $487,000, she said.

The state Authorities Budget Office will be notified and will make a determination if the negotiated sale is allowed, she said. Maholtz has confidence the sale will be approved based on discussions with legal counsel and the ABO. The board purchased the Front Street access land with a $200,000 loan from the Columbia Economic Development Corporation and has until October 2022 to pay it back. The board will use money from the sale to pay back its loan.

“Certainly CEDC has supported HDC and its efforts to assemble and market the site and we look forward to continuing our partnership with HDC and the ultimate developer,” Tucker said Wednesday.

Mayor Kamal Johnson said Wednesday he wished the board would have been able to have some public input on the sale.

After the sale, the board will be well-funded to work on economic development in the city, Rasner said.