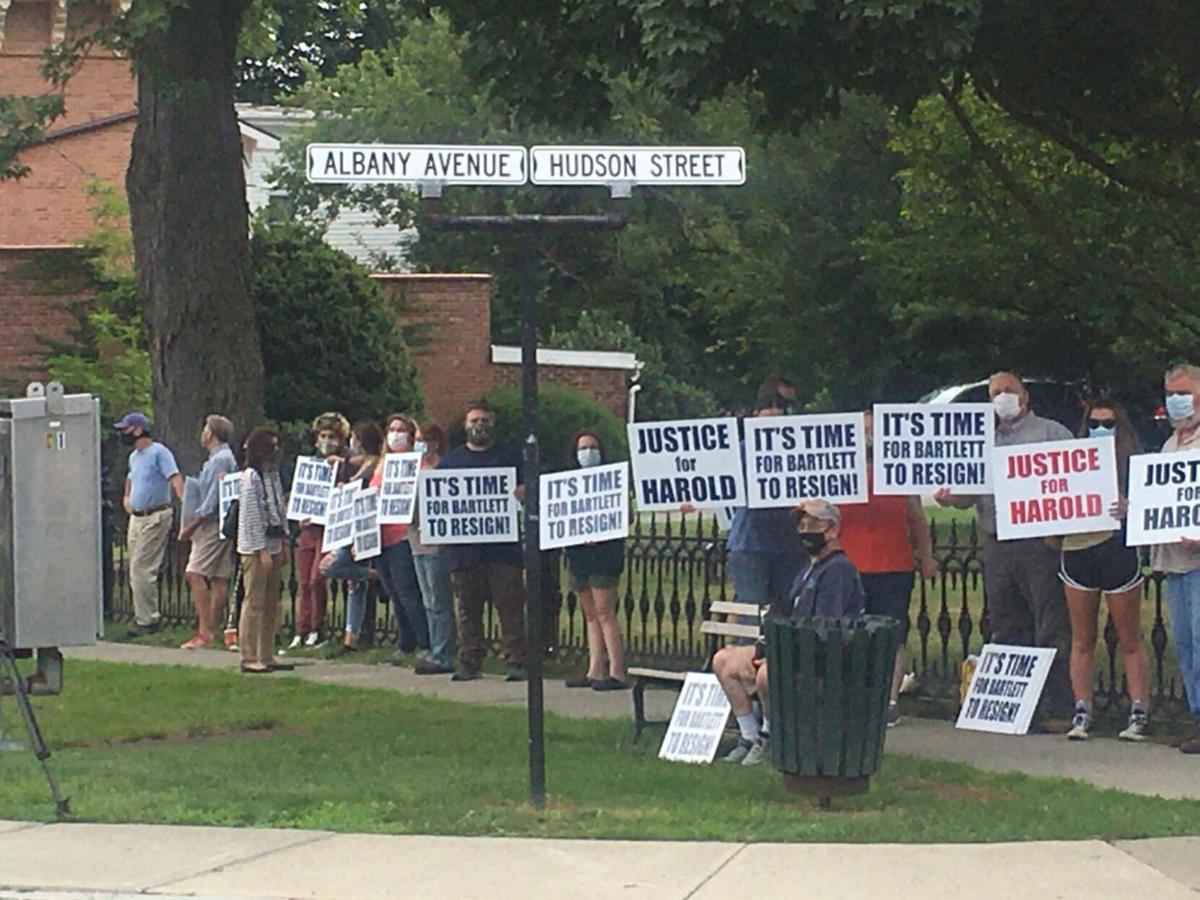 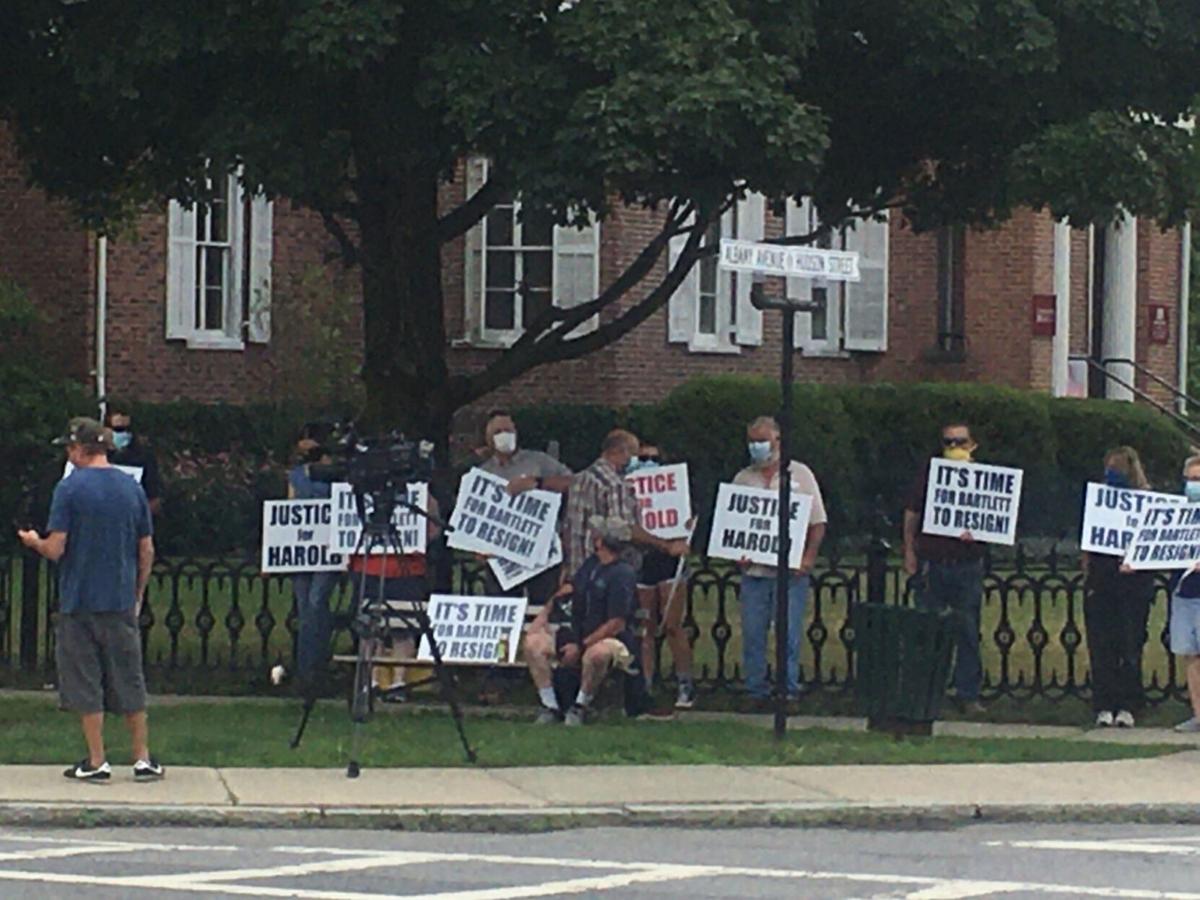 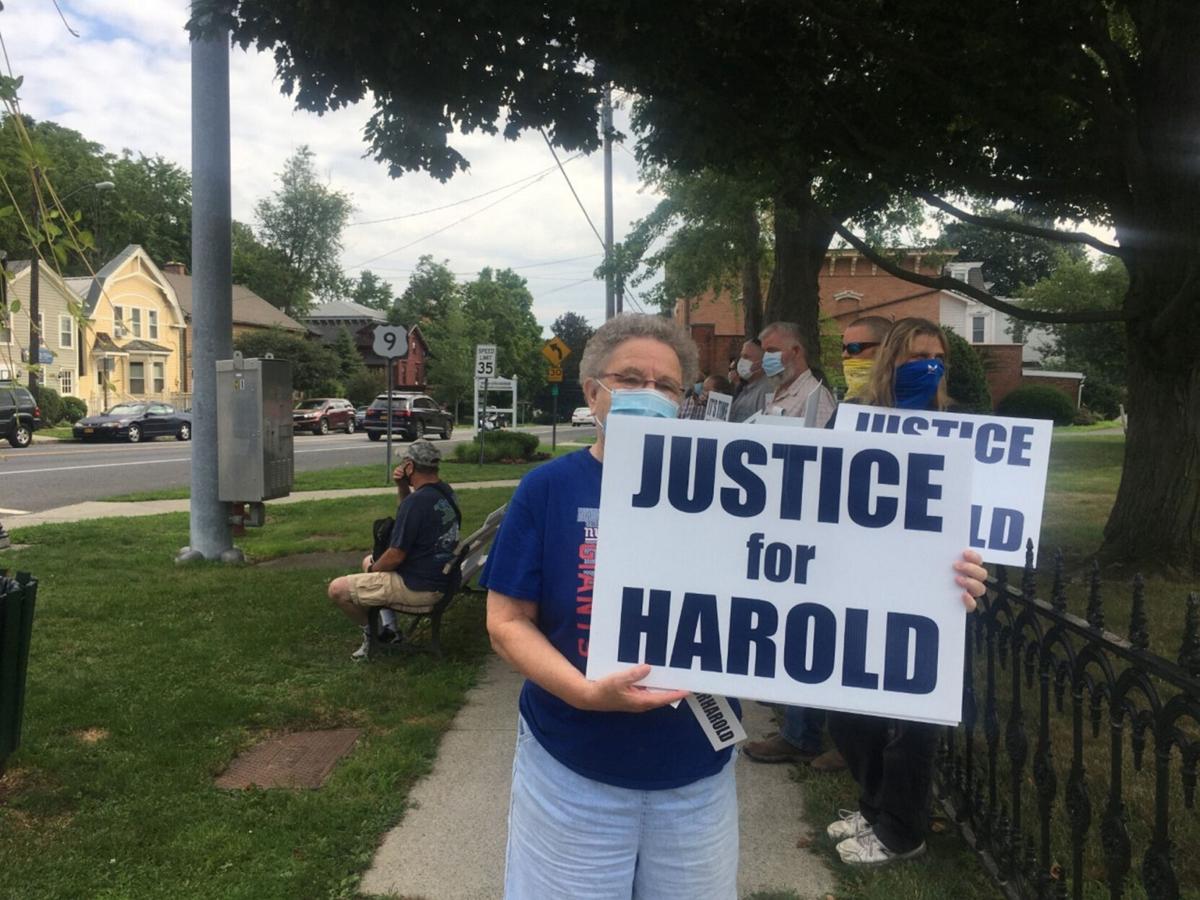 Protesters in Kinderhook called for Sheriff Bartlett to resign in the wake of the assault investigation. Bill Williams/Columbia-Greene Media 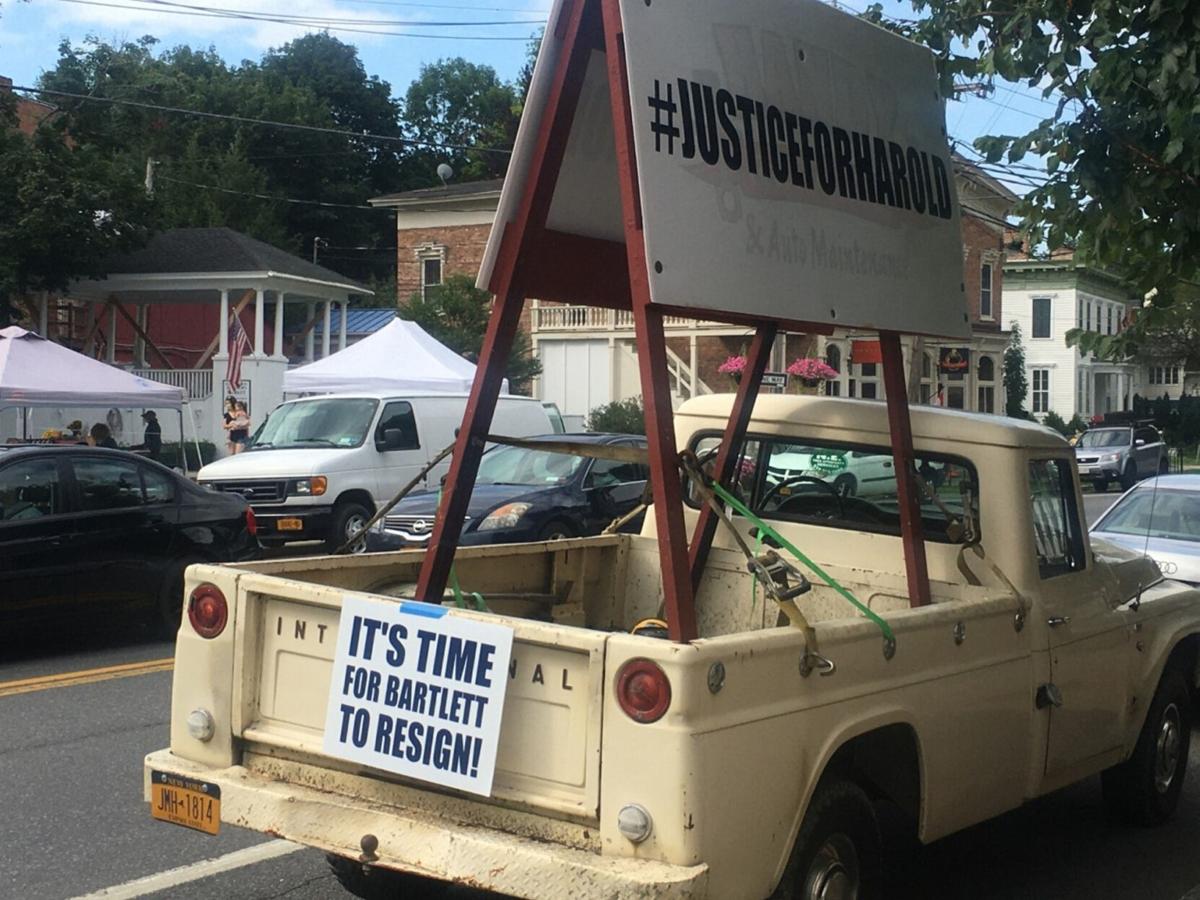 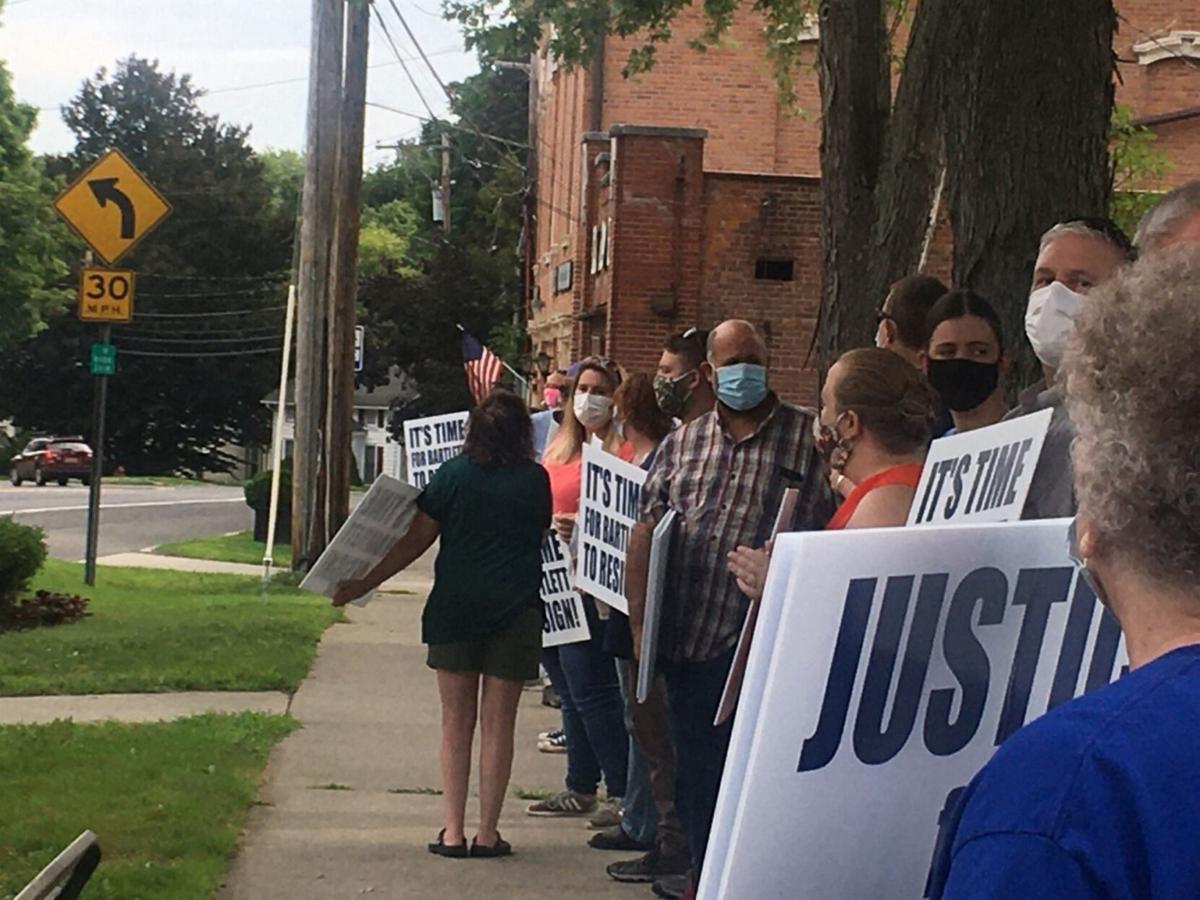 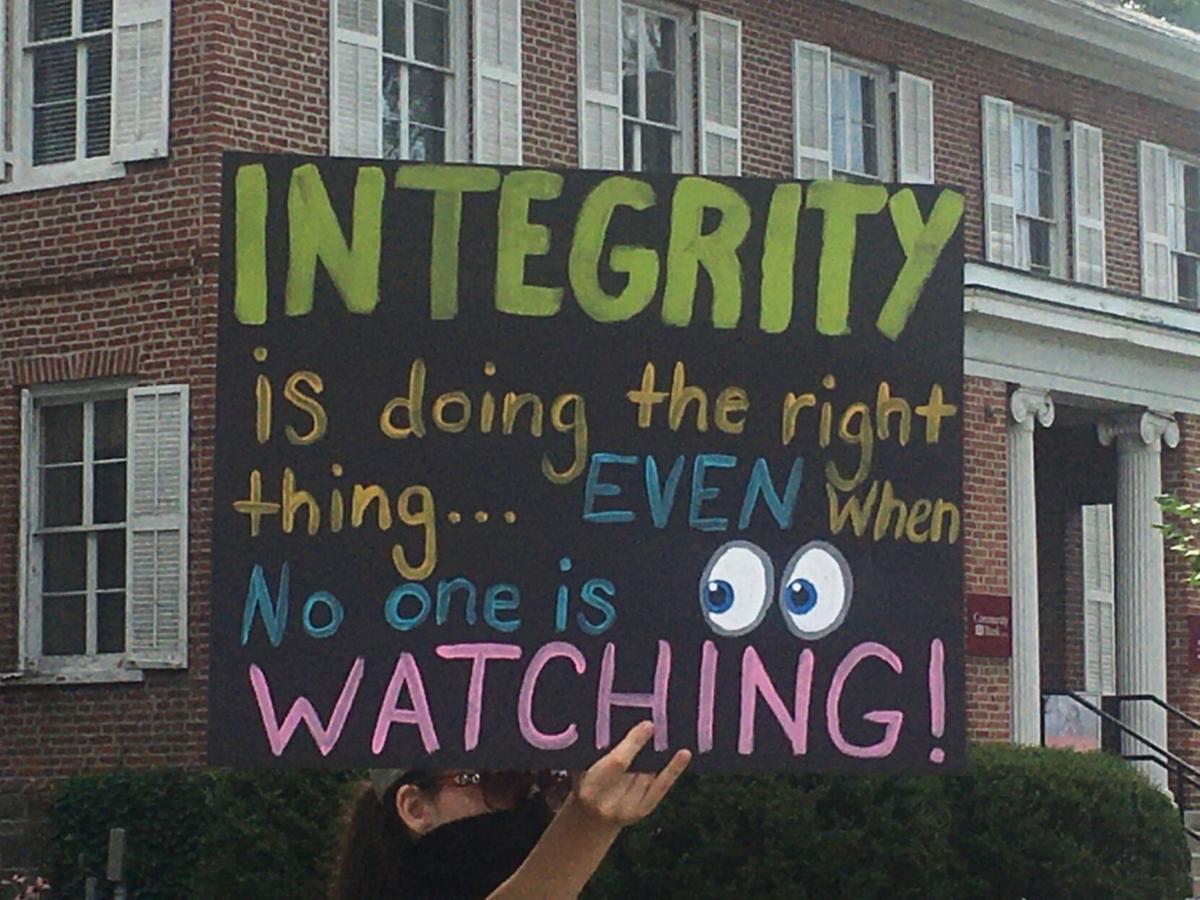 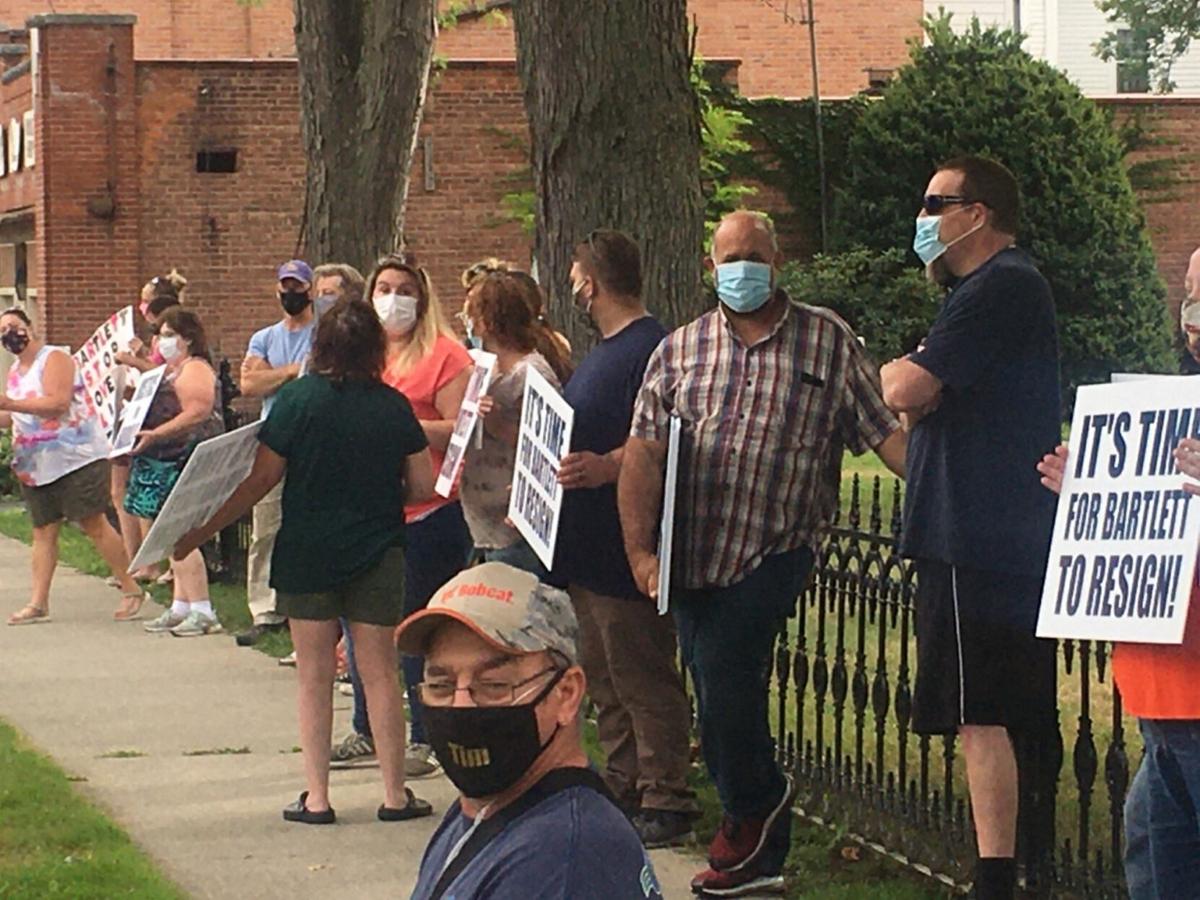 Protesters in Kinderhook called for Sheriff Bartlett to resign in the wake of the assault investigation. Bill Williams/Columbia-Greene Media

KINDERHOOK — About 35 people lined a sidewalk next to Kinderhook Village Square on Saturday morning and called for Columbia County Sheriff David Bartlett to resign.

Organizers referred to the event as a “gathering,” but called it a protest the past several days when it was promoted on social media.

The group held signs that said “Justice for Harold” and “It’s Time for Bartlett to Resign” during the peaceful protest on the corner of Broad and Hudson streets.

The planned event took place from 9-10 a.m. Several drivers passing by honked their horns in support of the group.

Social media posts promoting the protest said the group was unhappy with the Sheriff’s Department’s handling of the investigation into the alleged assault of Harold Handy at the home of Deputy Sheriff Kelly Rosenstrach and her husband, ClubLife owner Alex Rosenstrach.

State police took over the investigation this week at the request of Bartlett and Columbia County District Attorney Paul Czajka, one month after the alleged incident took place in the early morning hours of July 5.

In an attempt to avoid “any perception of a conflict of interest,” Bartlett said he requested that state police take the case July 6, the day after the alleged assault, Lt. Louis Bray said this week.

Czajka’s office would prosecute the case in the event that an arrest is made, given that the attorney general’s office declined to take the case. But the district attorney noted that investigations take time.

The Valatie Rescue Squad was called to the Rosenstrach home at about 1 a.m. July 5 and treated Handy for 44 minutes before taking him to Albany Medical Center, Columbia County 911 Director Robert Lopez said July 9.

And here in Greene County, way past time for a civilian review board.