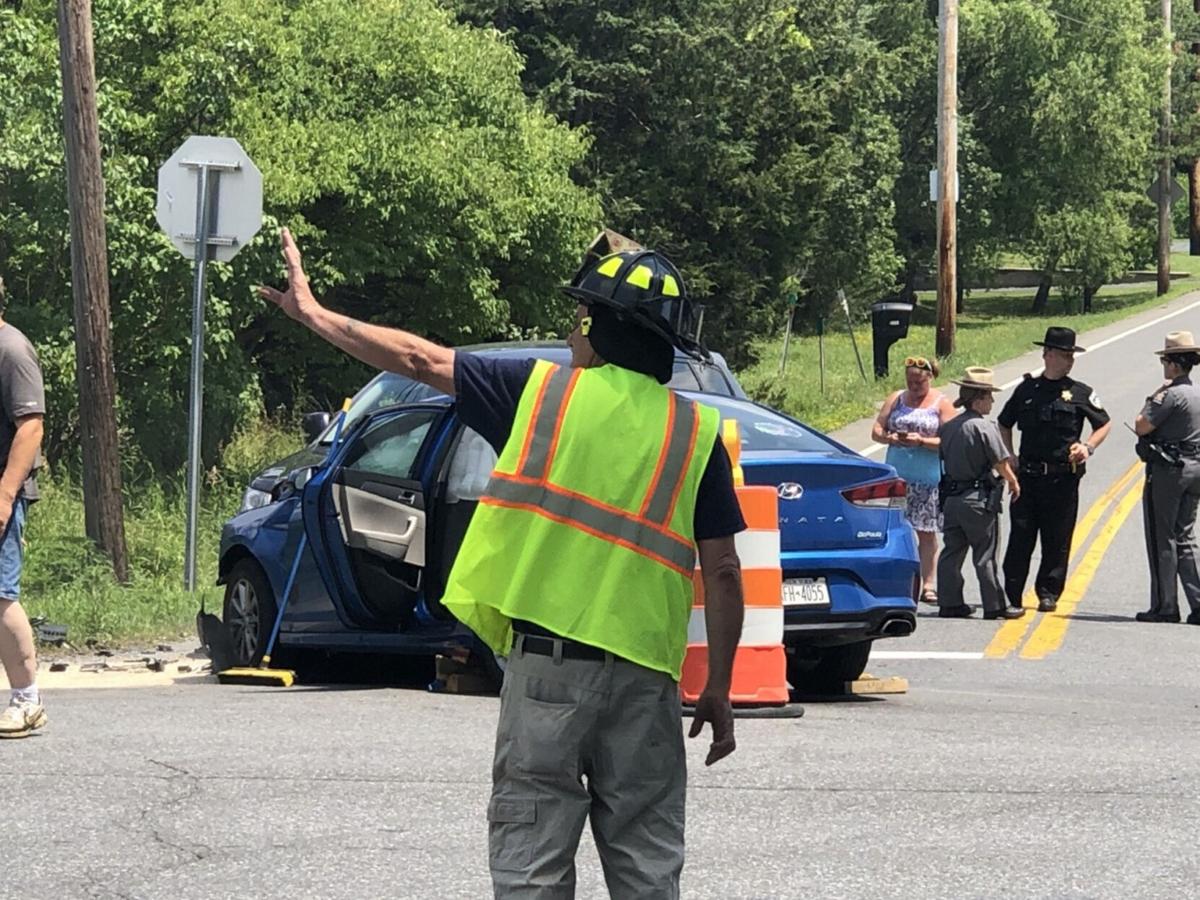 A West Ghent firefighter directs traffic at the scene of an accident Monday on Route 9H. Bill Williams/Columbia-Greene Media 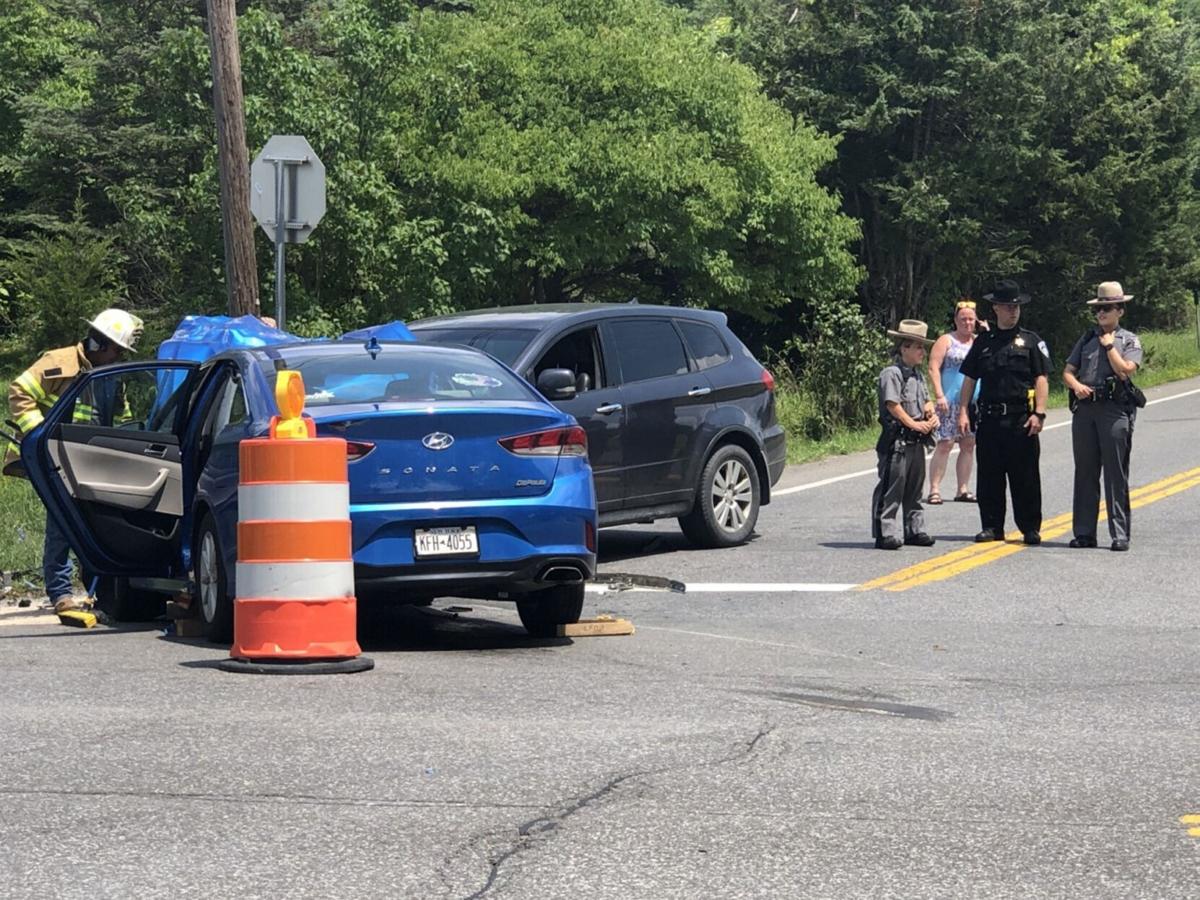 A West Ghent firefighter examines one of the vehicles involved in an accident Monday on Route 9H. Bill Williams/Columbia-Greene Media 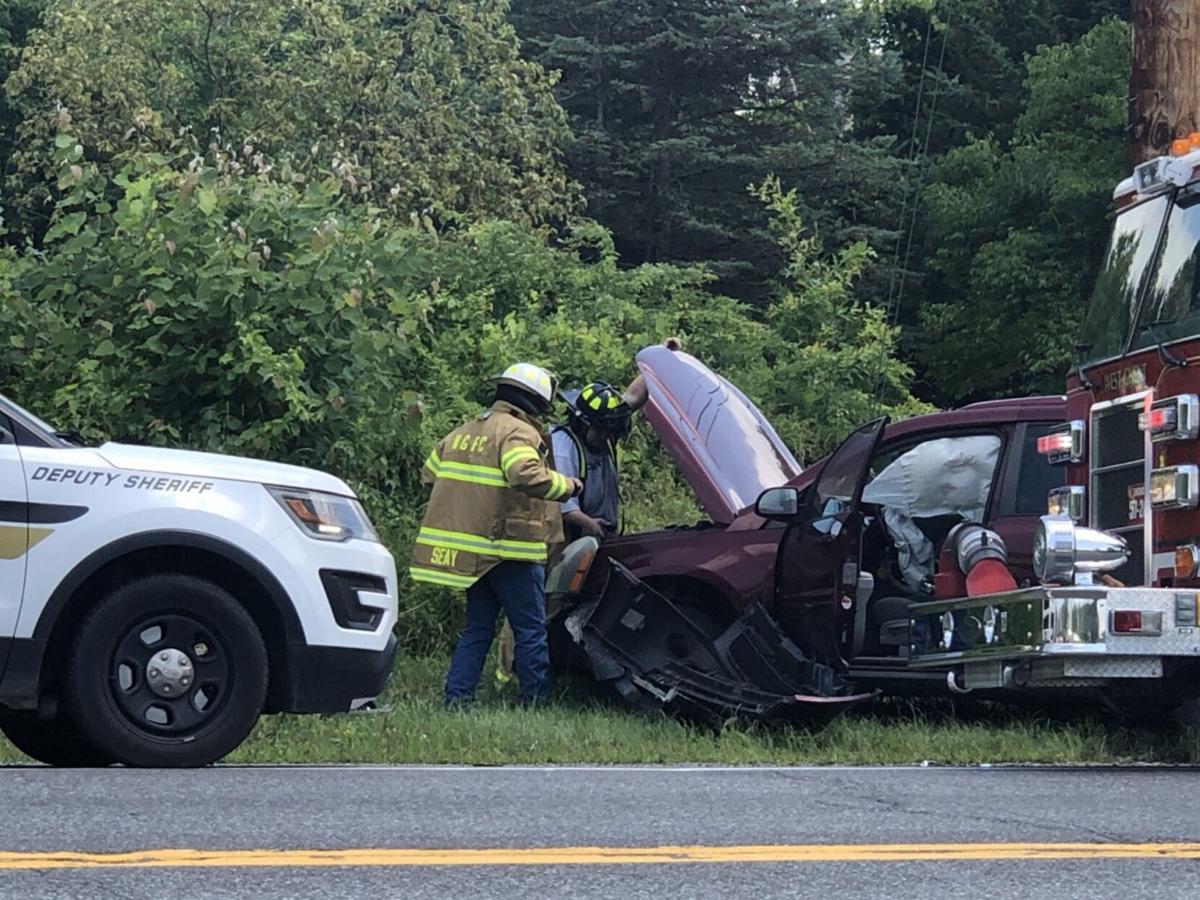 Several people were taken to the hospital following an accident Monday on Route 9H in West Ghent. Bill Williams/Columbia-Greene Media

A West Ghent firefighter directs traffic at the scene of an accident Monday on Route 9H. Bill Williams/Columbia-Greene Media

A West Ghent firefighter examines one of the vehicles involved in an accident Monday on Route 9H. Bill Williams/Columbia-Greene Media

Several people were taken to the hospital following an accident Monday on Route 9H in West Ghent. Bill Williams/Columbia-Greene Media

Samantha Pratt, 34, of Averill Park, Takeia White, 39, of Albany and a child passenger in the Pratt vehicle all had non-life threatening injuries, Bray said.

The driver of the third car, Leah Petrusich, 32, of Hudson was not injured, Bray said.

Other child passengers were examined by paramedics at the scene but were not brought to the hospital, Bray said. The children were examined on a lawn along the side of the road.

The accident occurred at the busy Route 9H and county Route 22 intersection.

At about 1:08 p.m., a 2020 Hyundai was being driven north on Route 9H by White. As she approached the intersection with county Route 22, a 2008 Chevrolet operated by Petrusich drove into the intersection and into the path of the White vehicle, Bray said. The Hyundai then struck a third vehicle that was driven by Pratt that was stopped at a stop sign on county Route 22.

All three vehicles came to rest on the east side of Route 9H.

Columbia County 911 sent West Ghent Fire Company and Greenport Rescue Squad to the scene after receiving reports of the crash.

Route 9H was down to one lane of alternating traffic, controlled by fire police, until the crash was cleared.

Vehicles on Route 9H were backed up for about half a mile in each direction due to a high volume of traffic at the end of the holiday weekend.

All three cars had to be towed from the scene.

The Columbia County Sheriff’s Office investigated. They were assisted by state police.

The road was reopened, and all firefighters were back in service, after 2 p.m.

Numerous accidents have occurred at the intersection of Route 9H and county Route 22. Many of those were property damage accidents.

Several times each year, fire and rescue crews respond to crashed there, when people are injured. On April 15, a driver had minor injuries, following a two-vehicle collision. On March 4, a driver was taken to Columbia Memorial Health, after two cars collided in the intersection.