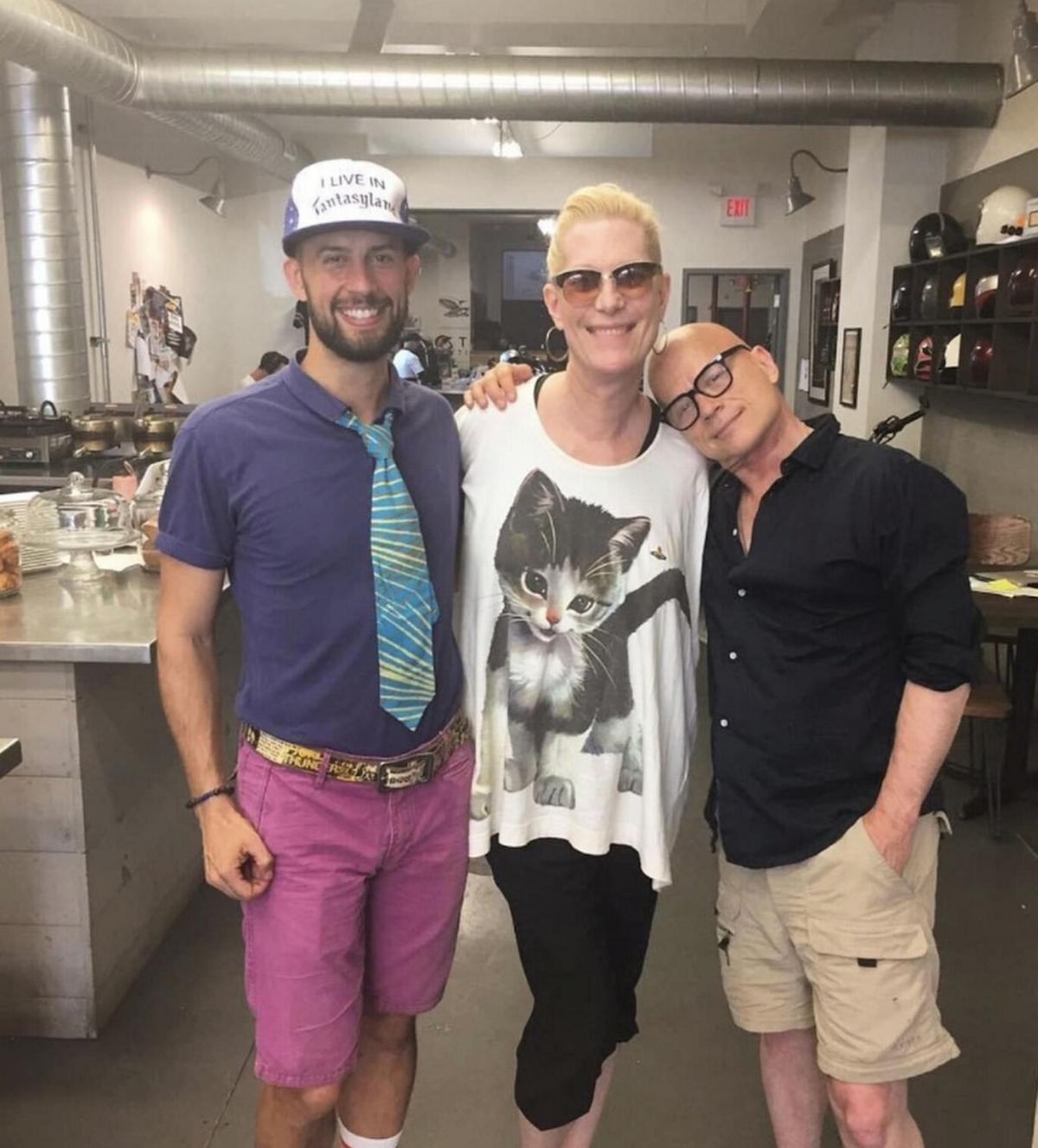 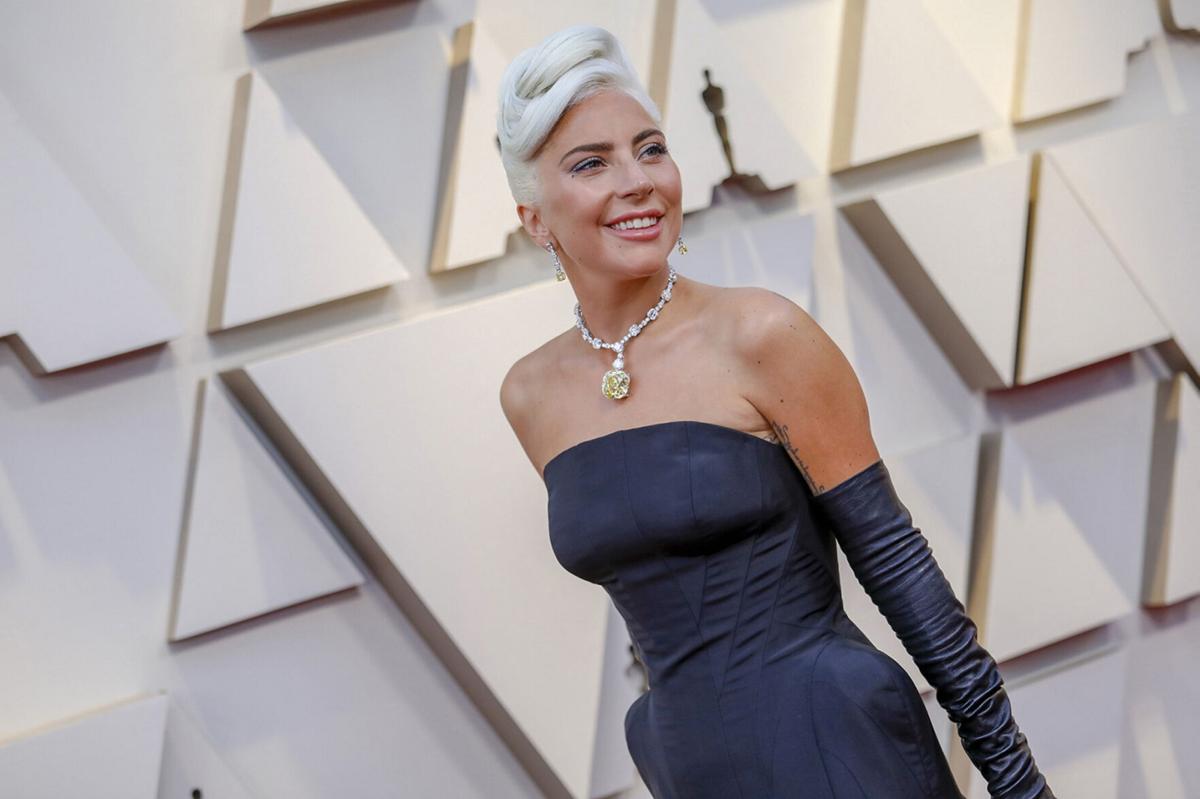 “The hospital is doing their job and they are taking care of him,” Madison said Monday.

Fischer was shot in the chest after a struggle in Hollywood on Wednesday night when two robbers jumped out of a white sedan and stole two of Lady Gaga’s three dogs, according to a statement from the city police department.

He was taken to Cedars-Sinai Medical Center in Los Angeles and is expected to make a full recovery.

Fischer left Hudson in spring 2019 for Los Angeles to work for Lady Gaga.

Police do not know specifics about Fischer’s condition as he recovers, Madison said Monday. Cedars-Sinai Medical Center declined to comment in an emailed statement.

Fischer posted on Instagram from his hospital bed Monday morning about his experience with Asia — Lady Gag’s third dog that robbers left behind.

“I cradled Asia as best I could, thanked her for all the incredible adventures we’d been on together, apologized that I couldn’t defend her brothers, and then resolved that I would still try to save them ... and myself,” Fischer wrote.

Neighbors fled to the sidewalk from restaurants and their homes following the attack, Fischer wrote Monday, adding he is recovering from a close call with death.

The police department is looking for suspects and the investigation is ongoing, Madison said Monday.

Lady Gaga’s dogs, Koji and Gustav, were recovered at about 6 p.m. Friday when a woman returned them to the Los Angeles Police Department’s Olympic station, said Capt. Jonathan Tippet, who leads the department’s Robbery-Homicide Division.

The woman said she believed the dogs belonged to Lady Gaga. Detectives assigned to the case and Lady Gaga’s representatives went to the station and confirmed the dogs were the singer’s pets, Tippet said.

“I know they [the police] are committed to bringing these criminals and attempted murderers to justice,” according to Fischer’s Monday morning post.

He thanked first responders and healthcare workers for saving his life.

Fischer’s mother and brother flew to Los Angeles to be with him. The dog walker thanked friends and family for support.

“You have shown so much support throughout this whole crisis to both me and my own family,” he wrote, addressing Lady Gaga. “But your support as a friend, despite your own traumatic loss from your kids, was unwavering.”

Fischer looks forward to getting “bombarded with kisses and licks (and maybe even an excitement pees?) from Asia, Kohi and Gustav,” according to his Instagram photo. The post received thousands of likes within a few hours Monday.

Fischer was a successful dog walker in New York City before moving to Hudson with hopes of opening a dog wellness retreat, said John Kane, a Hudson resident and a friend of Fischer.

Fischer often brought clients’ dogs to Hudson for several days or weeks while their owners traveled, Kane said. His clients were a mix of celebrities and everyday people. When showing up for drinks, Fischer would have a dog by his side.

“It didn’t matter if the animal was from the glitterazzi set or a cur from the kennel,” Kane said. “Ryan gave every dog his full attention and compassion. Working with dogs and their humans is what brought Ryan the most joy, and how he felt he could in turn bring joy to the world.”

Rich Volo, also known as Trixie Starr, went on dog walks with Fischer in the Greenport Conservation Area, he said, around 2017 and 2018. Volo formerly served as the 4th Ward alderman in 2018 and 2019.

OutHudson Director Charlie Ferrusi saw Fischer at Hudson parades within the past decade.

Fischer also performed at Club Helsinki and volunteered at the circulation desk at the Hudson Area Library, 51 N. Fifth St.

He was trained to volunteer in September 2018, said Brenda Shufelt, the library’s history room coordinator. Fischer left the library in April 2019 when he moved west.

Shufelt describes Fischer as “dapper,” saying he always wore a hat and tie.

“He is just a wonderful person,” Shufelt said Saturday. “I remember when he left to take a dog-walking position and I don’t even think he told us it was [for] Lady Gaga.”

Most of the library’s volunteers are senior citizens, who Shufelt said made Fischer dedicating time at the circulation desk particularly special.

“I don’t want to use clichés, but I feel like he is a really special person and a person not after fanfare, but a really great guy,” she added.

Once, a patron left a wedding album behind and Fischer went through all the photos to gather more information and find its owner, she recalled.

“We’re praying and hoping for him,” she said.

Kevin Sessums, editor in chief of Sessums Magazine, posted a photo on Instagram late last week with Fischer and artist-activist Justin Vivian Bond at local coffee and motorcycle shop, Moto, at 357 Warren St. The photo was taken “back during a summer during a happier time,” according to the post.

Fischer often cared for Lady Gaga’s dogs in Hudson when she was on tour, according to Sessums’s post.

“He always brought a smile to my face when I’d run into him on the street,” Sessums wrote.

Darling thought Kane and Fischer would make a good couple and tried to set them up, but Kane decided Fischer was much too good for him after five minutes of meeting, Kane said.

“Ryan is the kind of person who can take the pain of lived existence and bejazzle it into something fabulous,” Kane said.

Fischer’s strength is admirable to all, Kane added.

“It was hard to watch Ryan act with the best and most noble of human intentions, the desire to protect the things we love, struggle against the worst motivator, profit,” he said. “I’m very happy the dogs were returned safely and Ryan is expected to recover.”

The night of the incident, Fischer was approached by a white four-door Nissan Altima in the 1500 block of North Sierra Bonita Avenue and Sunset Boulevard. Two men got out of the vehicle and demanded to Fischer at gunpoint he give them the dogs.

Fischer was shot once in the chest with a suspected semi-automatic handgun, according to police. The men sped away in the Altima after taking two of Gaga’s three pets. Police describe the alleged robbers as two Black men between 20 and 25 years old.

Police suspect their motive was kidnapping the dogs, but are not sure the robbers knew the French bulldogs belonged to the pop star, according to a Saturday release.

Tippet said Saturday he would not name the woman who returned Lady Gaga’s pets, but said she was not involved in the robbery nor associated with the assailants.

Madison did not have an update regarding the woman Monday, saying it is an ongoing investigation.

Lady Gaga posted on social media at 4:40 p.m. Friday, “I continue to love you Ryan Fischer, you risked your life to fight for our family. You’re forever a hero.”

The celebrity offered $500,000 reward for the return of her dogs, Koji and Gustav, with no questions asked.

“If you bought or found them unknowingly, the reward is the same,” she said in a statement Friday afternoon, later adding, “My heart is sick and I am praying my family will be whole again with an act of kindness.”

Some of Fischer’s friends in Hudson declined to be interviewed or provide comment Saturday and Monday.