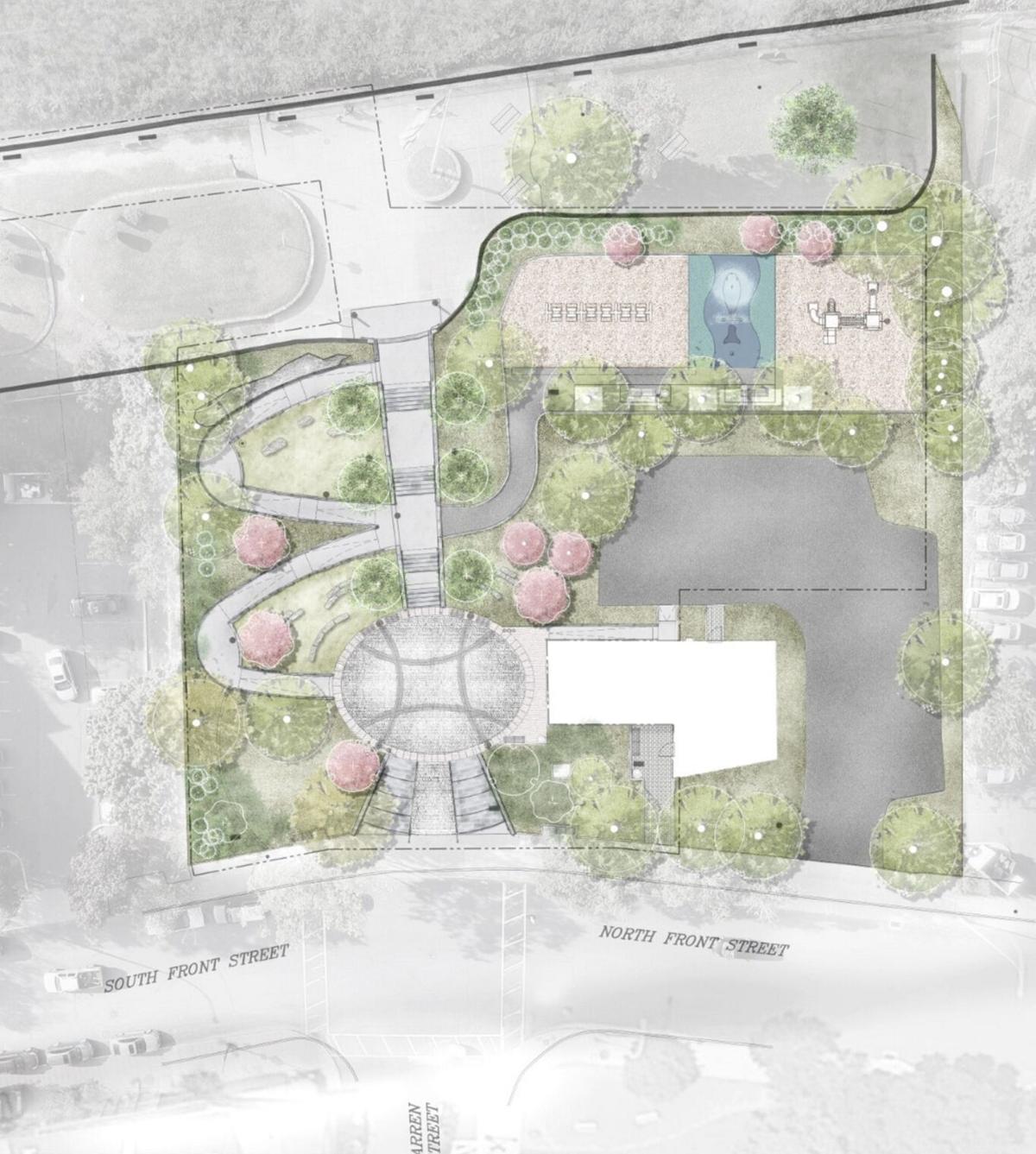 A rendering of the Promenade Hill Park design. Contributed photo 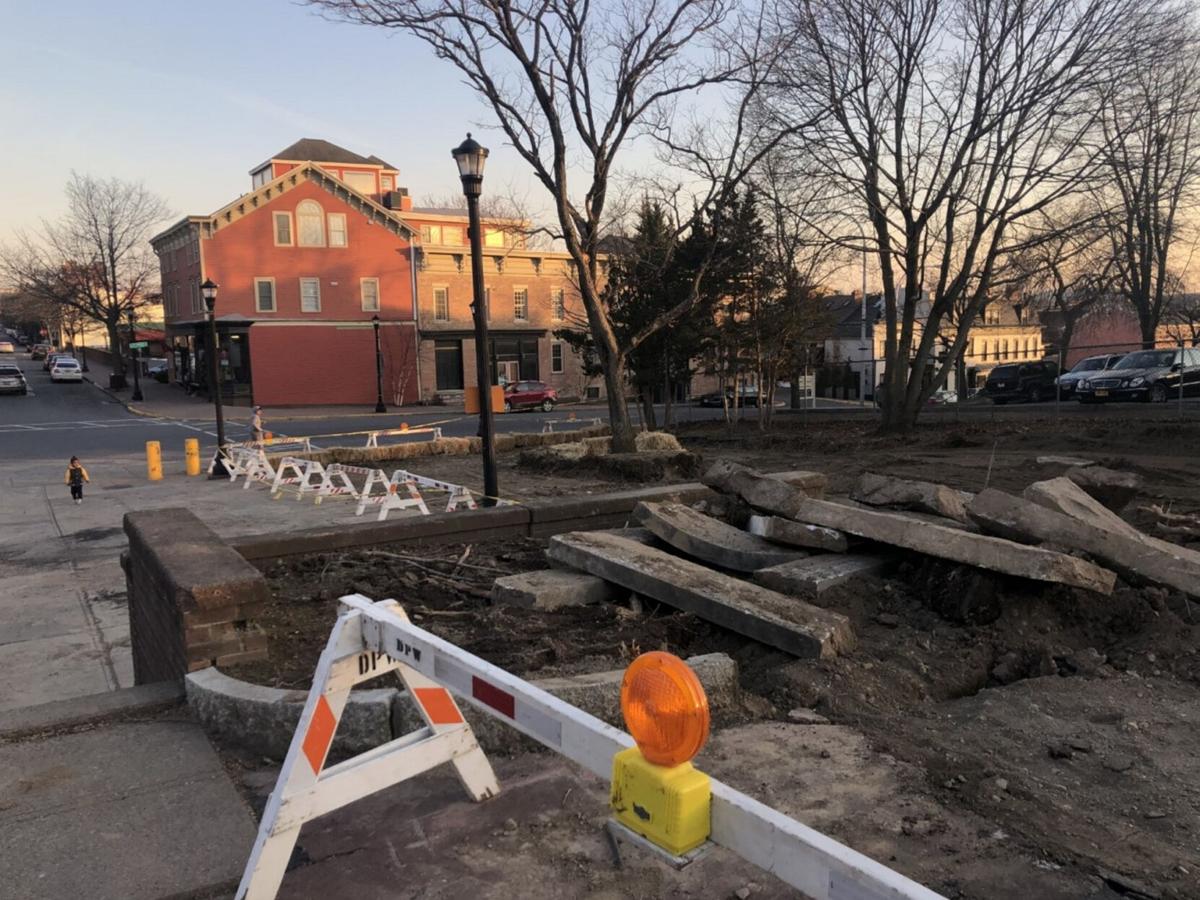 The Department of Public Works demolished part of the park to prepare the site for construction. Aliya Schneider/Columbia-Greene Media 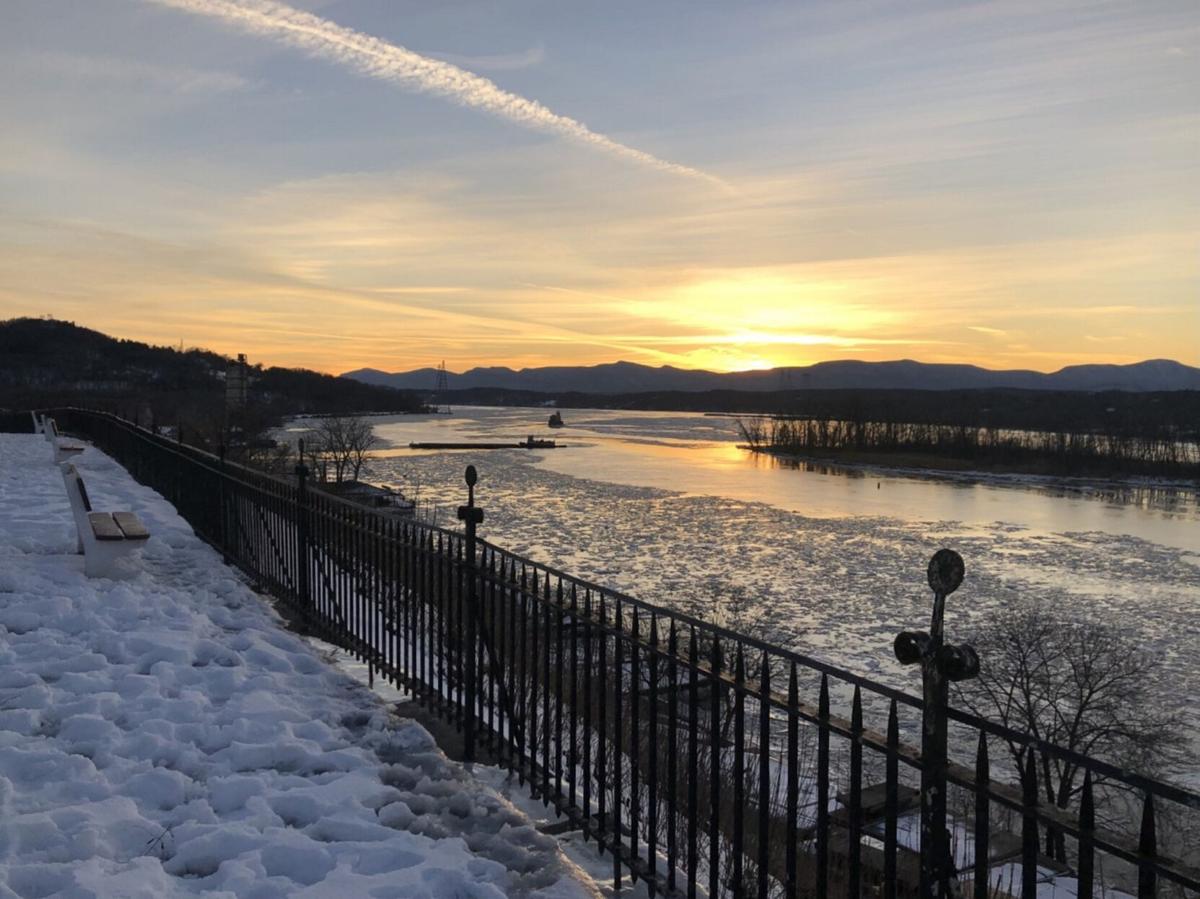 The promenade has river and mountain views, but can only be accessed by stairs. The park renovations will make the promenade ADA accessible. Aliya Schneider/Columbia-Greene Media

A rendering of the Promenade Hill Park design. Contributed photo

The Department of Public Works demolished part of the park to prepare the site for construction. Aliya Schneider/Columbia-Greene Media

The promenade has river and mountain views, but can only be accessed by stairs. The park renovations will make the promenade ADA accessible. Aliya Schneider/Columbia-Greene Media

HUDSON — A $650,000 donation to the Promenade Hill Park renovations will allow the city to return to its initial design after construction bids came in higher than expected.

The H. van Ameringen Foundation, overseen by T. Eric Galloway, committed to donate $650,000 to the renovations after the city’s project budget fell short.

The Galvan Foundation is derived from the combination of Galloway and van Ameringen’s last names.

Van Ameringen was co-founder and Secretary of the Galvan Foundation, according to the foundation’s website.

The park improvements are allocated $1.1 million from the city’s $10 million Downtown Revitalization Initiative grant, according to a July 11, 2018, announcement from Gov. Andrew M. Cuomo.

The lowest construction bid for the planned park renovations came in $585,500 over budget, according to the bid tabulation document, which led to the city re-evaluating its plans.

Starr Whitehouse Landscape Architects, of Hudson, New York City and Atlanta, Georgia, and the firm of Proper and O’Leary Engineering, of Valatie, designed the park renovation.

The city planned to opt for cheaper materials to accommodate the construction bids, but the donation allows the city to return to its original design, Mayor Kamal Johnson said.

“This donation would make it so that the plan would be able to carry out its full function without any scaling down,” Johnson said Tuesday.

The city will accept the lowest bid for the renovations, which was $1,685,500 submitted by A. Colarusso and Son, Inc., of Hudson, Johnson said.

The Common Council will vote on accepting the donation at 5 p.m. April 5. The contractor can be hired after the council approves the donation, Johnson said.

The lower portion of the park will be redeveloped and include an Americans with Disabilities Act-compliant walkway to the upper promenade. A spray shower will be added to the park, according to the city website. Construction is scheduled to finish in December.

The Department of Public Works agreed to demolish the lower portion of the park as part of the Downtown Revitalization Initiative grant application, Superintendent of Public Works Robert Perry said. The department demolished a portion of the park and is waiting on a contractor to be hired and set up construction barriers before finishing the demolition.

The lower portion of the park and the playground will be closed once the construction site is set up and an alternate stairway will lead to the promenade.

Van Ameringen lived in Hudson and New York City for 19 years, according to the city website. He was a real estate developer, businessman, philanthropist and an advocate for LGBTQ rights and marijuana legalization.

Van Ameringen was also an advocate for accessibility, people with disabilities, public spaces and the environment, Kent said. Galloway wanted to make a contribution to the quality of life in Hudson in honor of van Ameringen and the park budget falling short was the perfect opportunity.

“It just checks so many boxes of the things that Henry really cared about and that Eric cares about, so it was just kind of a perfect opportunity while he was looking for one,” Kent said.

Van Ameringen would have been proud to support the park project, said Rick Scalera, Hudson 5th Ward Supervisor and former mayor, who is on the Galvan Foundation Housing Resources Board.

“The Promenade Hill Park project is exactly the kind of project Henry would have been proud to contribute to — giving people of all walks of life, especially those with disabilities and, of course, moms with carriages, the opportunity to enjoy the beautiful and breathtaking views of the Hudson River,” Scalera said in a statement on the city website.