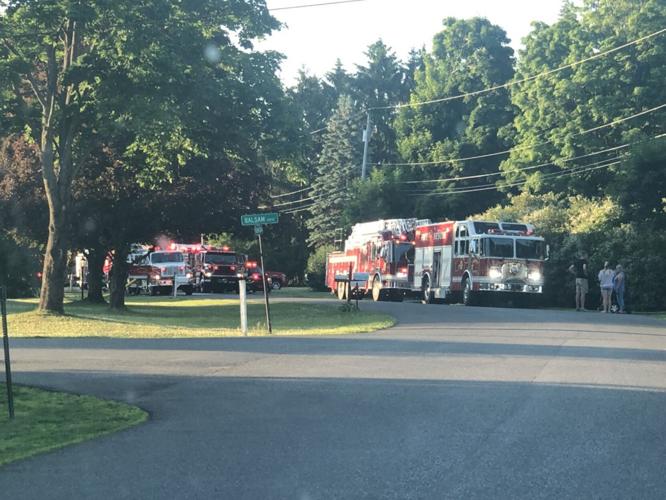 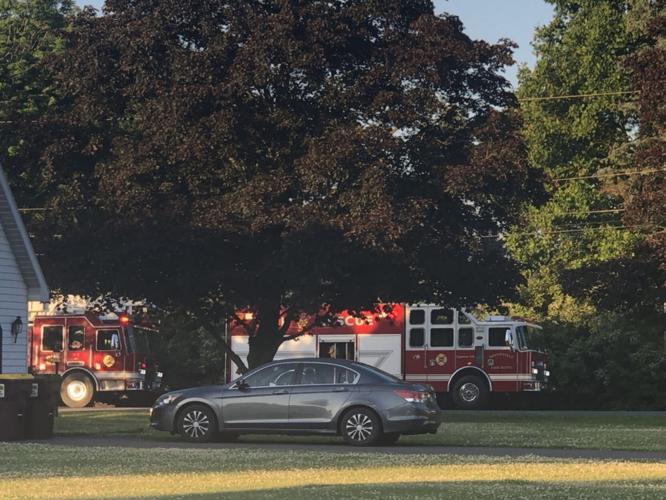 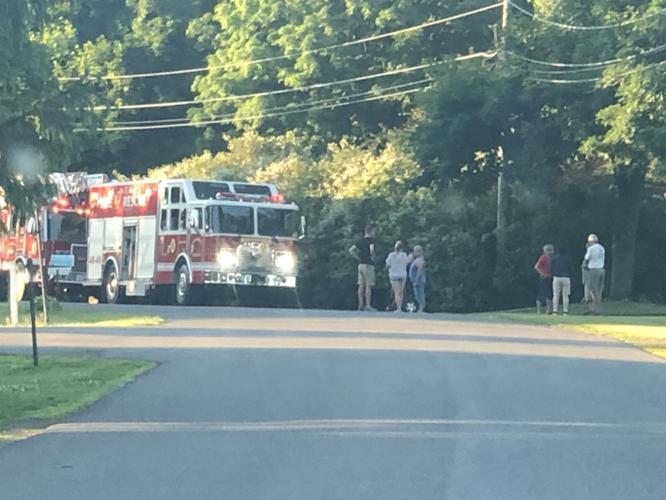 Bill Williams/Columbia-Greene MediaNeighbors on Hemlock Street in Kinderhook gathered to watch firefighters work at a house fire on Saturday.

Bill Williams/Columbia-Greene MediaNeighbors on Hemlock Street in Kinderhook gathered to watch firefighters work at a house fire on Saturday.

KINDERHOOK — Fire caused damage to a home in the town of Kinderhook on Saturday night, said Niverville Fire Chief Wayne Huyck on Monday.

The fire damaged a wall and part of a deck in the rear of the house, Huyck said.

At about 7:01 p.m., Columbia County 911 sent the Niverville Task Force to 32 Hemlock St., after a neighbor reported the fire.

When the first firefighters arrived, they saw flames and smoke shooting from the rear of the house and requested additional mutual-aid assistance, Huyck said.

Twelve fire companies from Columbia and Rensselaer counties either responded to the scene or were placed on stand-by.

Firefighters attacked the fire aggressively and were able to knock it down within 15 minutes, Huyck said.

Crews then began checking the rest of the home to make sure there were no areas where the fire could begin again.

No injuries were reported, Huyck said.

The cause of the fire was related to a gas grill on the deck that was used earlier in the day, Huyck said.

The fire burned an electrical wire that tripped a circuit breaker. The home’s residents will be staying with family until electrical repairs can be made, Huyck said.

There was minor smoke damage inside the home.

The town building inspector was requested to the scene.

Also assisting at the scene were Valatie Rescue Squad and state police.

All fire companies were back in service at 8:36 p.m.