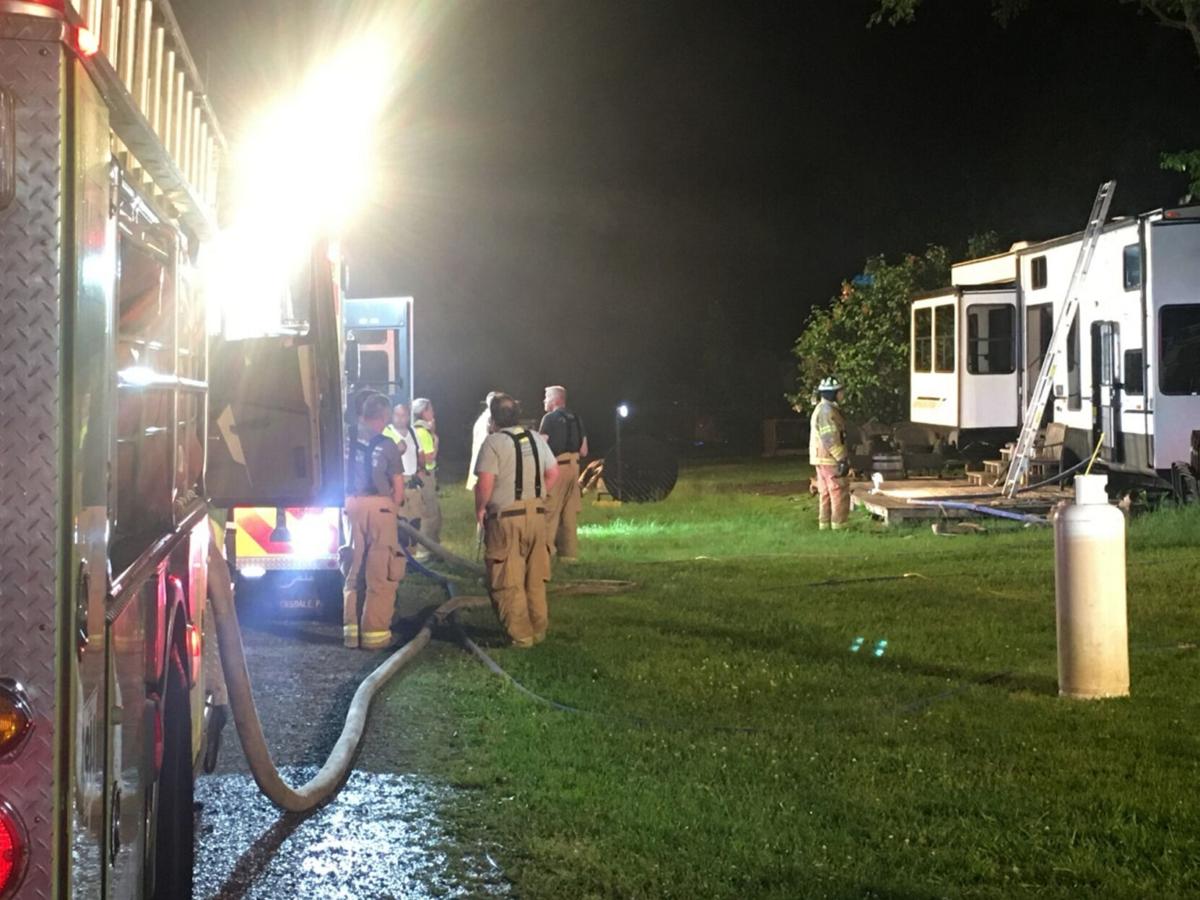 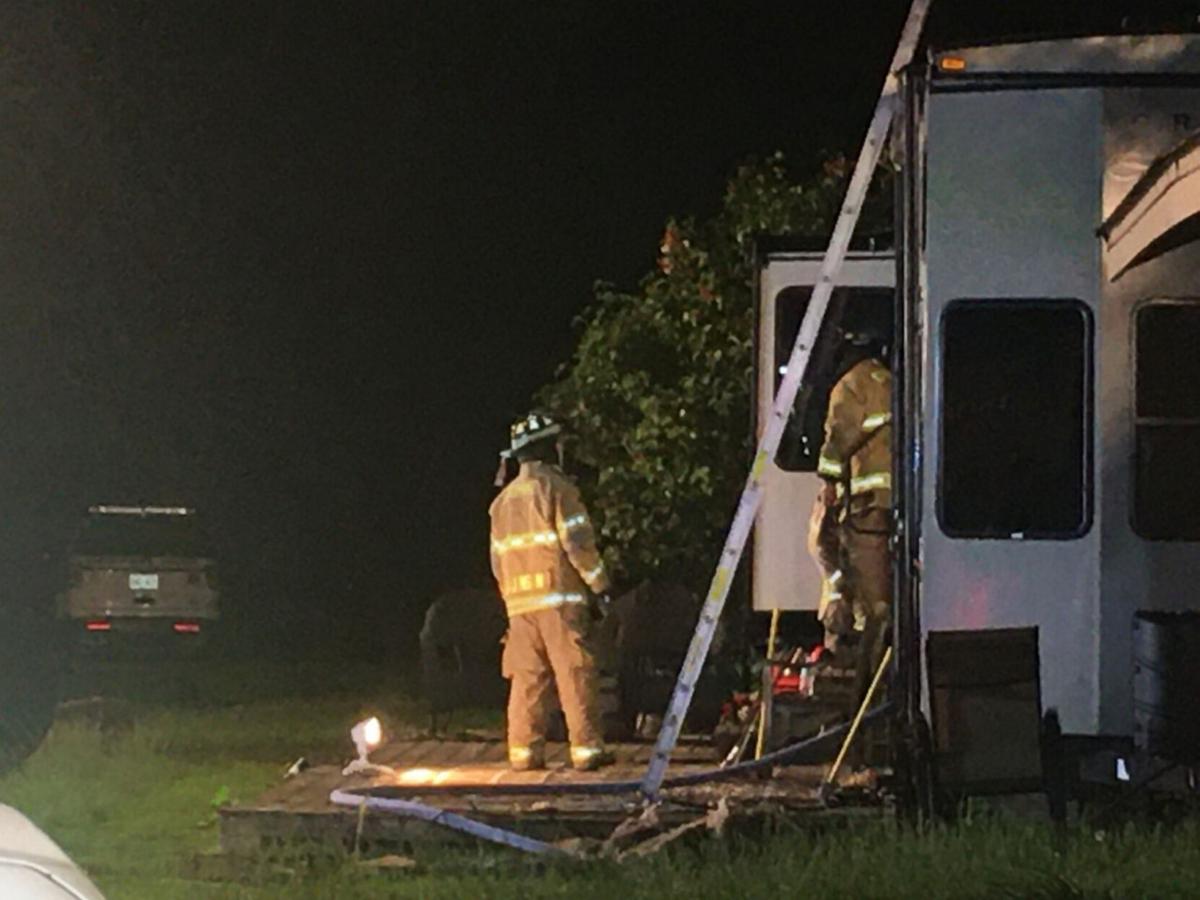 Bill Williams/Columbia-Greene MediaFive fire companies on the scene of an recreational vehicle fire in Copake.

Bill Williams/Columbia-Greene MediaFive fire companies on the scene of an recreational vehicle fire in Copake.

Five fire companies were dispatched to Copake Camping Resort at 2236 County Route 7 at about 10:13 p.m. after employees at the campground spotted the fire while making their nightly inspection of the campground, Shadic said.

Firefighters were able to get the fire under control in about 25 minutes, Shadic said.

The owners of the recreational vehicle were at their home in Long Island when the fire broke out, Shadic said.

Many recreational vehicles of this size are set up at one location for the entire camping season, Shadic said.

There were no injuries to firefighters and the cause of the fire is under investigation, Shadic said.