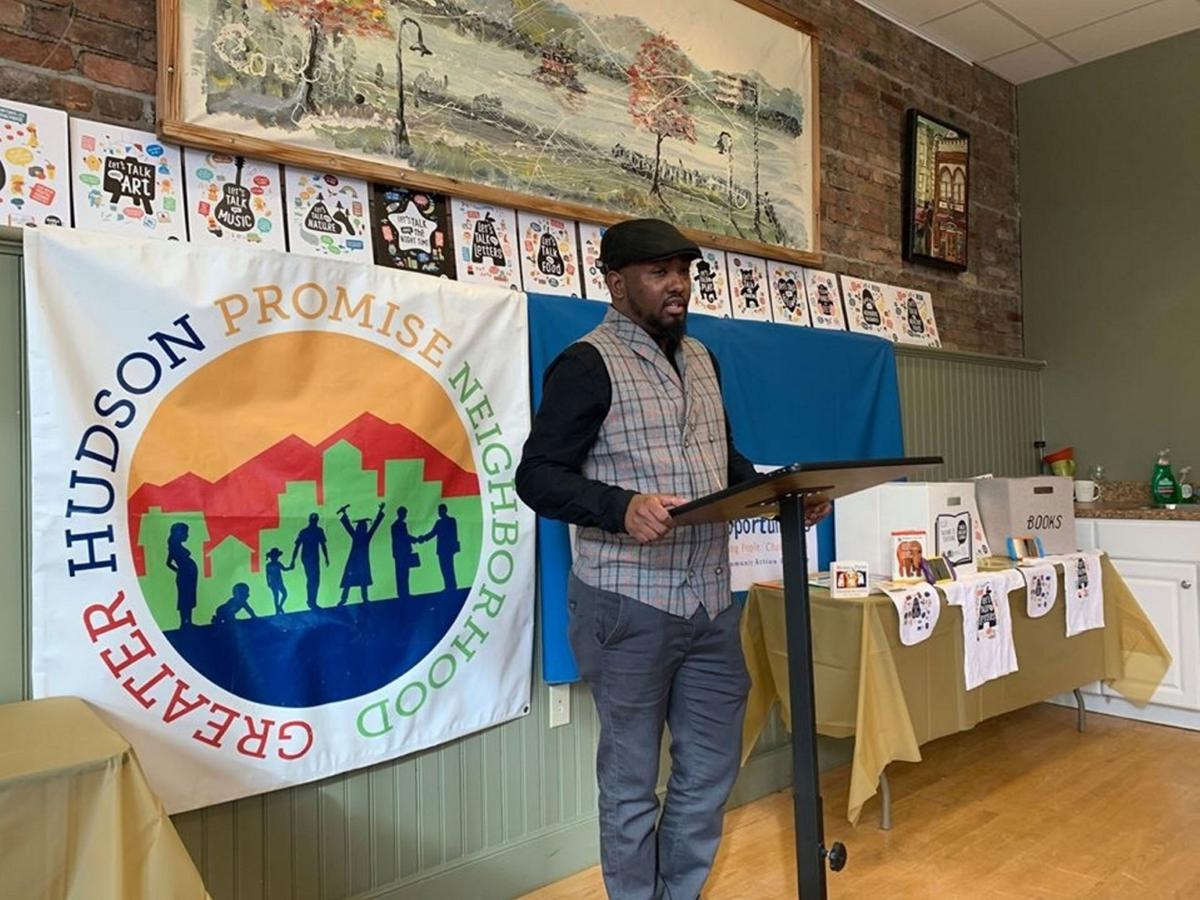 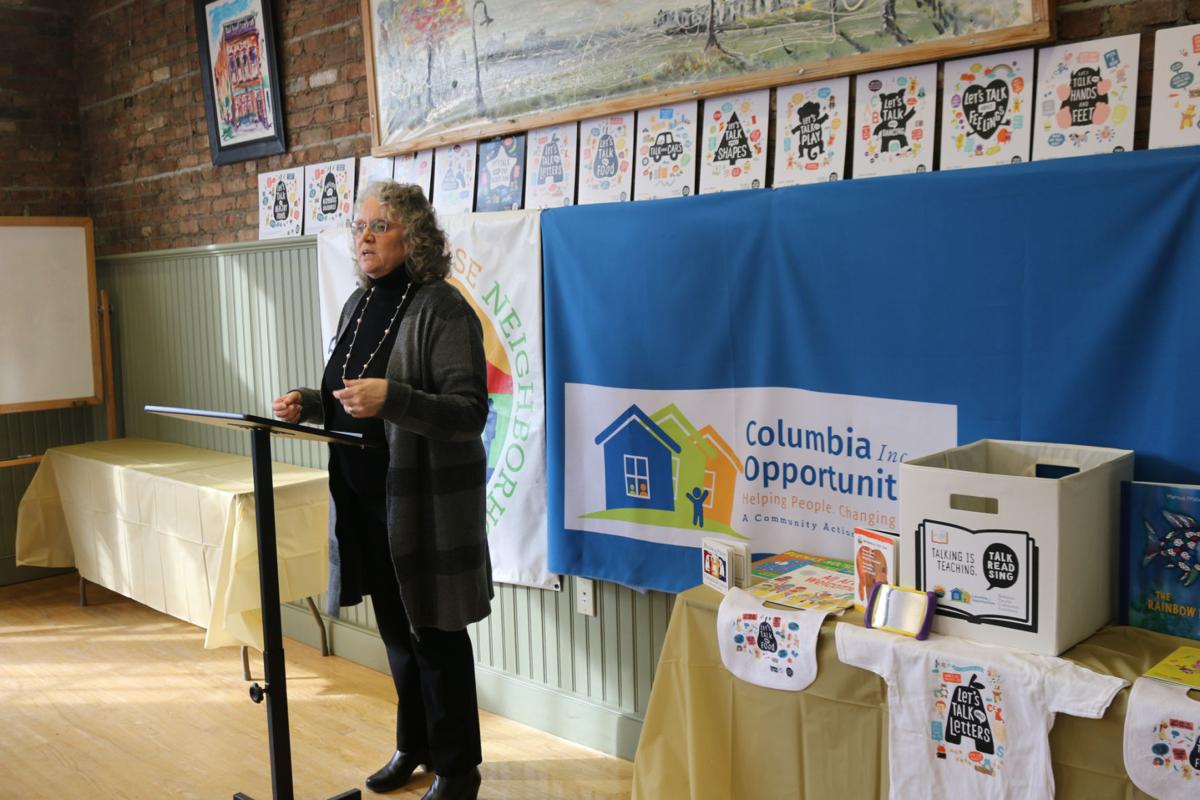 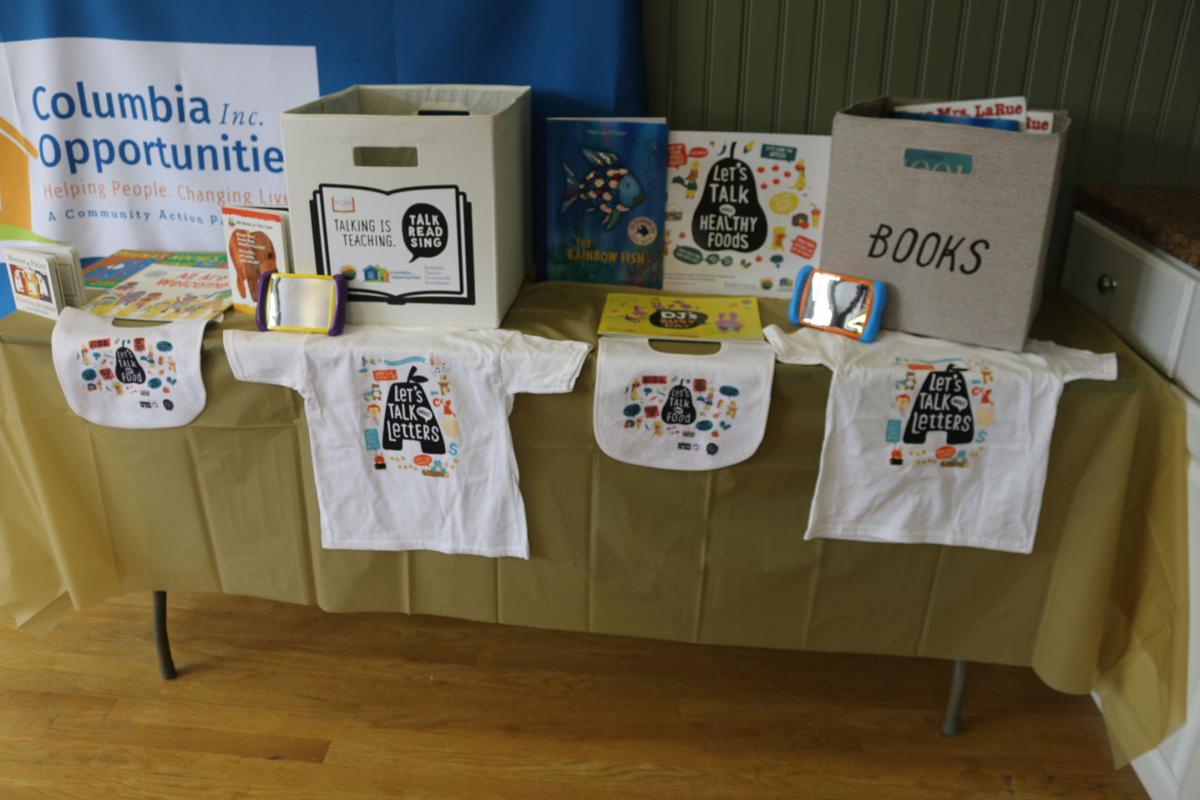 Amanda Purcell/Columbia-Greene Media Totes, tote boxes and books will be among the items distributed to children and families to promote early literacy in Columbia County under the “Talking is Teaching” campaign. 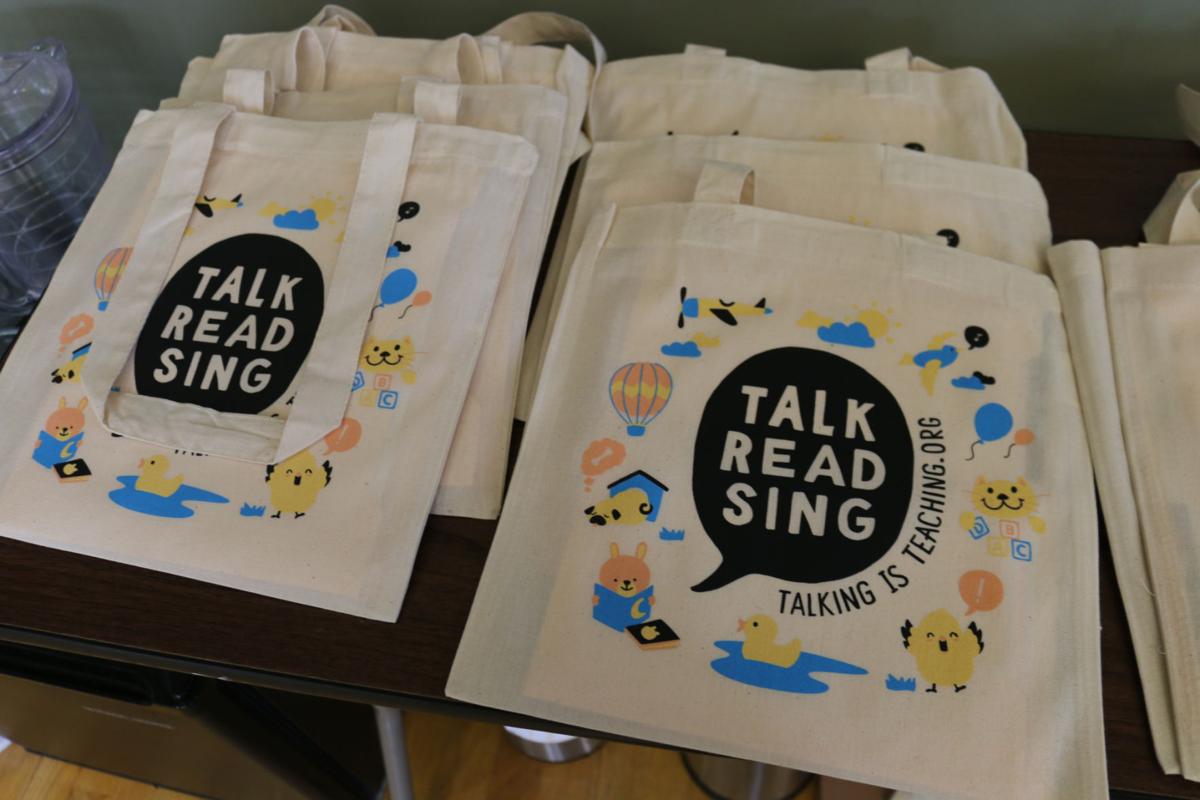 Amanda Purcell/Columbia-Greene MediaTote bags will include messages for parents and caregivers on how to turn every day chores into teaching moments as part of the nationwide “Talking is Teaching” campaign.

Amanda Purcell/Columbia-Greene Media Totes, tote boxes and books will be among the items distributed to children and families to promote early literacy in Columbia County under the “Talking is Teaching” campaign.

Amanda Purcell/Columbia-Greene MediaTote bags will include messages for parents and caregivers on how to turn every day chores into teaching moments as part of the nationwide “Talking is Teaching” campaign.

HUDSON — A new literacy campaign launched Tuesday put books in the hands of more than 500 Columbia County children to encourage reading before children reach their first day of school.

Columbia County on Tuesday joined communities from Los Angeles to Portland, Maine, to participate in the “Talking is Teaching: Talk, Read, Sing” campaign, which encourages parents and caregivers to talk, sing and read to their children, especially from infancy to 5 years old, to foster a formative stage in their development.

The campaign uses free books, posters, tote bags, totes to hold books, brochures, advertisements and other similar ways to encourage parents and caregivers to have simple, everyday interactions with young children such as describing objects seen during a walk or car ride, singing songs or telling stories so they can be better prepared for school and a lifetime of learning.

A teaching moment could happen on the bus, or waiting on line to pay for your groceries, said Kristen Rocha Aldrich, associate program director, Cities Strategy, of “Too Small to Fail” at the Clinton Foundation.

“Ultimately, the talking-is-teaching campaign aims to make those small moments big and like getting ready in the morning or waiting on a load of laundry by turning them into learning moments,” Aldrich said. “Every moment can be a learning moment. You don’t need a fancy degree to do it. You just need to care. It’s really that simple.”

The campaign was launched at the Columbia County Chamber of Commerce, 1 N. Front St., on Tuesday. The program was a combined effort from local government leaders and nonprofits, led by Columbia Opportunities, Inc., and Greater Hudson Promise Neighborhood’s Early Literacy and Learning Network.

The Early Literacy and Learning Network is funded by a donation by a couple to the Berkshire Taconic Community Foundation.

“We know that the first years of life are really the most critical for the development of young people,” said Peter Taylor, president of Berkshire Taconic Community Foundation. “To ensure that more children in Columbia County reach their potential the foundation has launched the Early Literacy and Learning Network.”

There are numbers to back up the campaign, Mayor Kamal Johnson said, who previously worked on the campaign as co-director of Greater Hudson Promise Neighborhood.

“The rates for ELA [English Language Arts] are really around 47% in Columbia County across the board,” said Johnson, former co-founder of Greater Promise Neighborhood. “Here in Hudson it is around 35%, to the point where Hudson City School District is looking at a two-year Kindergarten. We really want to make sure we’re bolstering our students from 0 to 5 and helping out families.”

Johnson hopes the campaign will produce a culture change across the county that teaches parents and caregivers that learning starts at home and not when they get to home.

“If we can accomplish anything, that would be the biggest thing,” Johnson said.

Statistics show participation in preschool in Columbia County is at 50%, which is below the state average, and Kindergarten readiness is about 57 percent, Taylor said. But cost and transportation are still obstacles and wee need to continue to tackle those, he added.

As part of the campaign, posters will be placed in multiple places, such as Laundromats, libraries, the Department of Motor Vehicles, banks, hospitals and anywhere and everywhere families go, said Aldrich.

“Every month or two families will get new books with cards inside to tell them how to use the books with their children, so there will be tips for parents of infants, toddlers and preschoolers,” said Sophia Becker, director of the family literacy program with Columbia Opportunities. “The biggest thing we are trying to get across is its not so much about reading the words it is about talking with your child and developing literacy skills with them.”

“It is great to have those reminders in our everyday environment,” said Joan Hunt, director of Greater Hudson Promise Neighborhood. “The more we see it, the more we engage with it.”

Advertisements for the campaign are appearing in New York State in TV commercials and the Greene County Bus system.

“This campaign really spoke to us,” said Tina Wemple Sharpe, executive director of Columbia Opportunities, said. “It was icing on the cake when we learned New York State would be implementing it as well.”