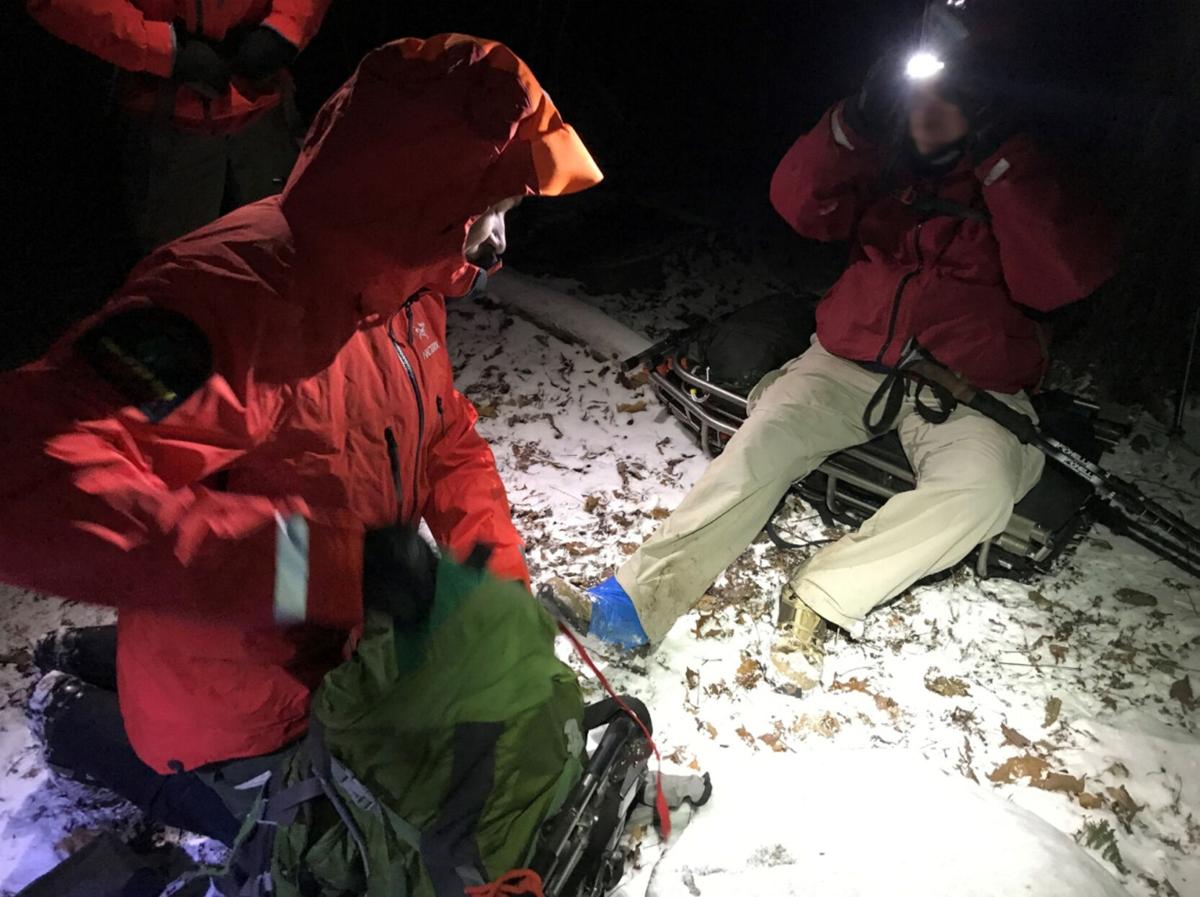 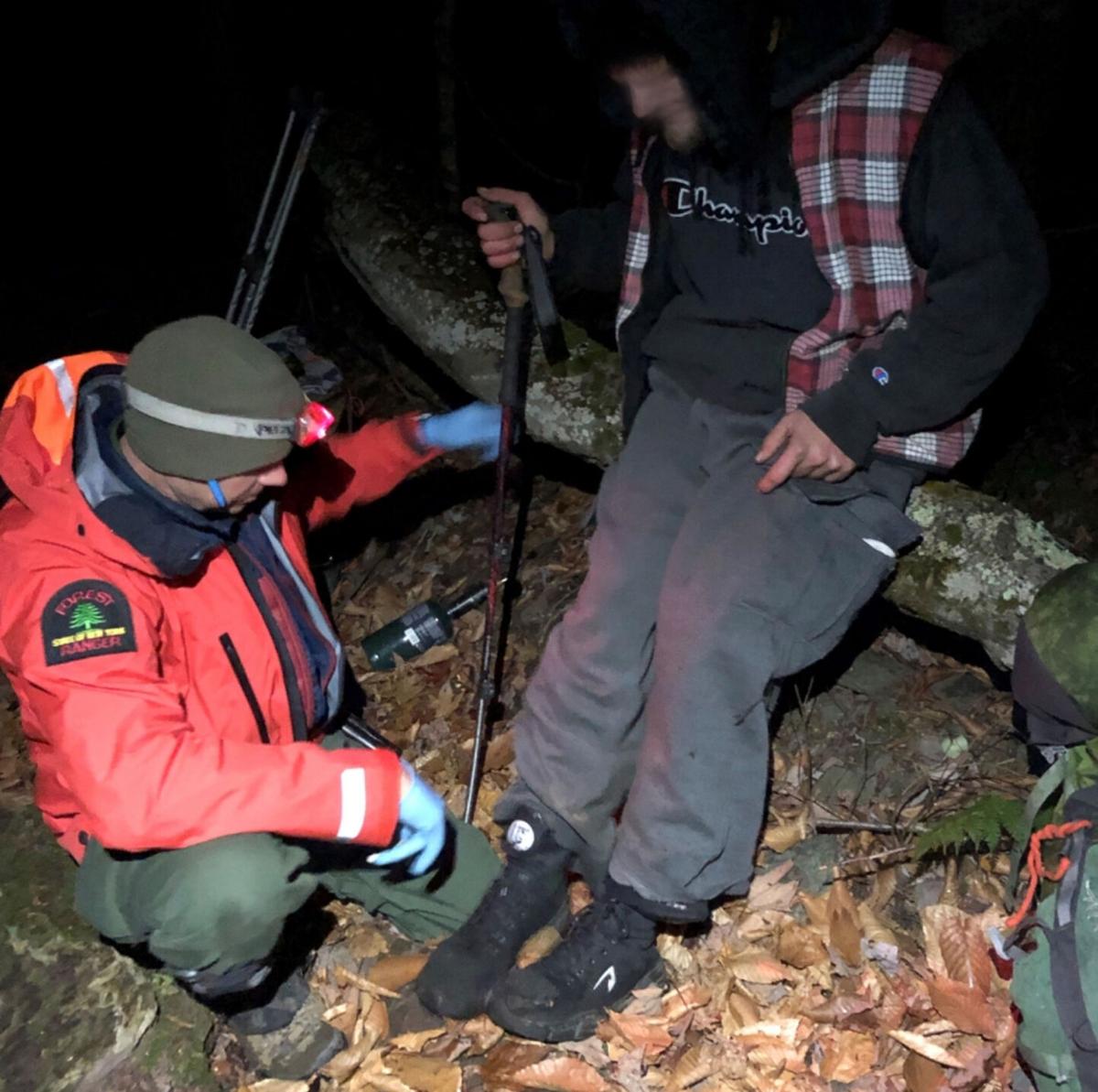 Photo courtesy of Department of Environmental Conservation. Forest rangers provide first-aid to an injured hiker on Prediger trailhead in the town of Hunter.

Photo courtesy of Department of Environmental Conservation. Forest rangers provide first-aid to an injured hiker on Prediger trailhead in the town of Hunter.

The rescues included two injured hikers in Hunter and Windham, and a lost hunter in Coxsackie.

A man with an injured leg while hiking on Windham High Peak, about 3 miles from the trailhead, was reported to Greene County 911 and DEC on Nov. 19 at about 2:57 p.m., Severino said.

Rangers hiked up the trail with a wheeled litter and located the 65-year-old man from Fishkill. Rangers splinted the hiker’s ankle and helped him back out to the trailhead. The man declined further medical care. Rangers Robert Dawson, Katherine Fox, John Gullen, Tyler Mitchell and Steven Jackson reported that they were back in service at 9:49 p.m., Severino said.

A hunter reported Saturday at 6:30 p.m. that another hunter was overdue in arriving home to a residence on Medway Earlton Road in the town of Coxsackie, Severino said.

Rangers Dawson and Gullen responded to the area with a Greene County sheriff’s deputy and a member of the hunter’s group. When the rangers reached the hunter’s blind, they found his All-Terrain Vehicle, but found no signs of the hunter, Severino said.

The rangers then fired three shots to signal the hunter and the lost hunter responded with a single shot. Rangers then spotted the man’s light and made voice contact with him.

Once they reached the 72-year-old man from Coxsackie, they determined he was in good condition.

The hunter had become disoriented after dark as he attempted to return to his house. The man could not call for help because his cell phone battery had died, Severino said.

The search party and the hunter were brought back to the command post at 8:45 p.m.

On Sunday, a 25-year-old hiker from Long Island fell out of a tree while walking on Prediger trailhead in the town of Hunter.

The two hikers were walking back to their vehicle after leaving Echo Lake, following a two-night camping trip. The pair stopped and climbed a tree to check out the view. One of the hikers fell out of the tree, about 20 feet to the ground, Severino said.

The other hiker assisted the injured man before calling 911.

The pair then realized they were no longer on the trail and started a fire to keep warm.

Dawson and Gullen responded to the area and located the hikers, about three-quarters of a mile in and 100 feet off the trail, Severino said.

The rangers provided medical care and determined the two hikers could both walk out of the woods with the assistance of hiking poles. Ranger Stephen Ellis assisted with the walkout and the group made it to the trailhead by 8 p.m.