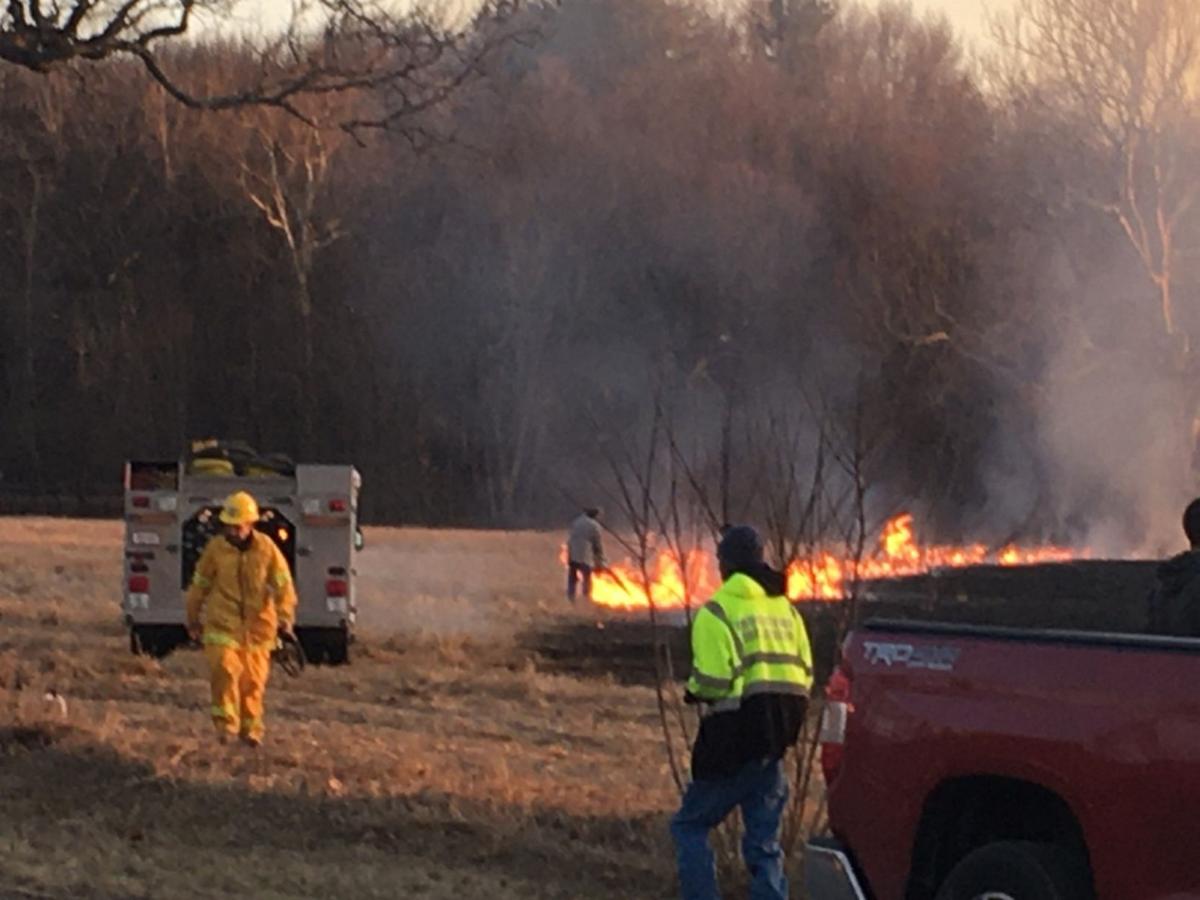 Bill Williams/Columbia-Greene Media Firefighters keep a watchful on a line of flames in Claverack. 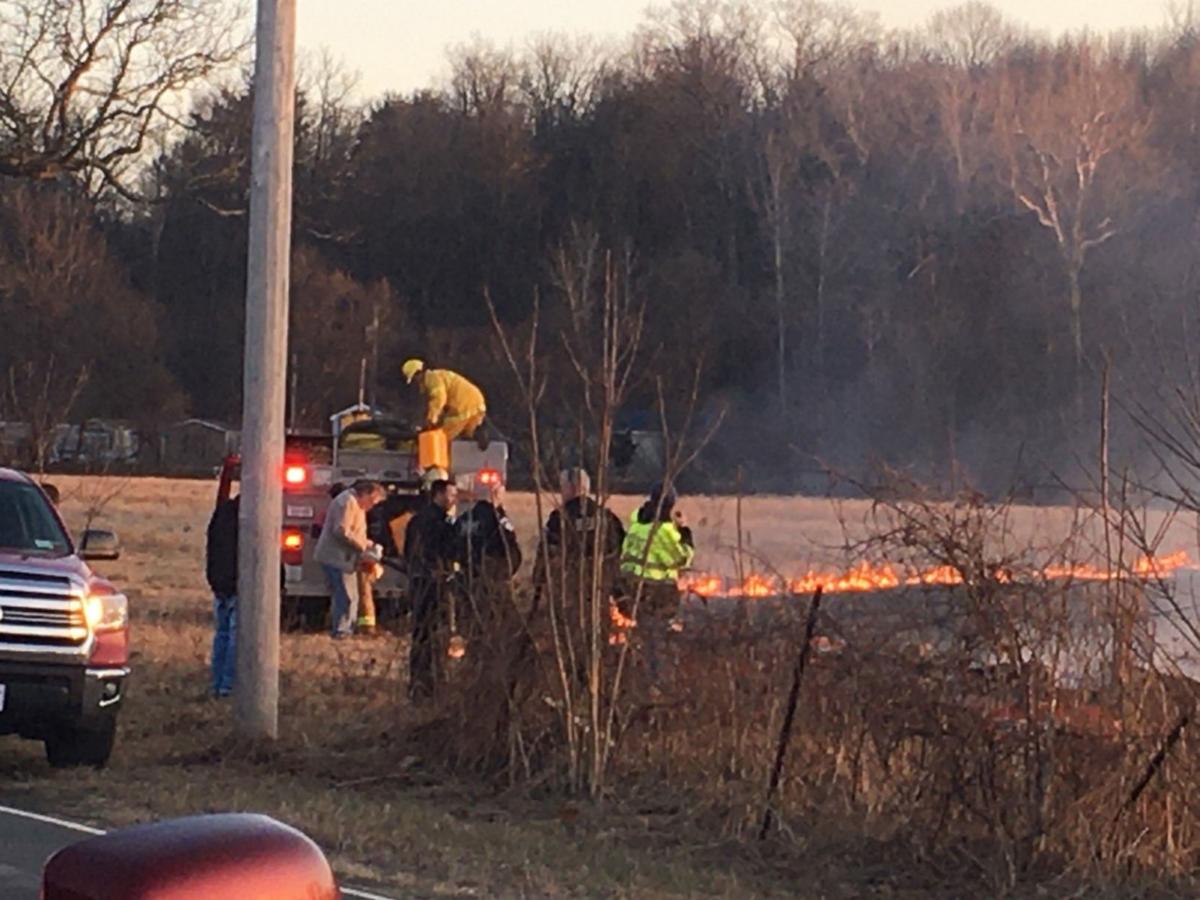 Bill Williams/Columbia-Greene Media Firefighters work to stop a brush fire in Claverack from burning out of control.

Bill Williams/Columbia-Greene Media Firefighters keep a watchful on a line of flames in Claverack.

Bill Williams/Columbia-Greene Media Firefighters work to stop a brush fire in Claverack from burning out of control.

Churchtown firefighters were dispatched to an area of County Route 16, just off Route 23 around 4:45 p.m., according to Columbia County 911. Fire officials called for mutual aid and volunteers from Claverack Fire Department responded.

The fire blackened an estimated four to five acres before it was declared under control, fire officials said.

The fire began when a farmer, brush hogging the field, accidentally started it with his equipment, according to fire officials.

The fire burned an area between County Route 16 and the Hollowville Creek, fire officials said.

State forest rangers and the Columbia County Sheriff’s Office assisted at the scene.

Brush fires are not common during the winter months, but this year there has been very little snow pack, leaving many areas drier than normal, fire officials said.