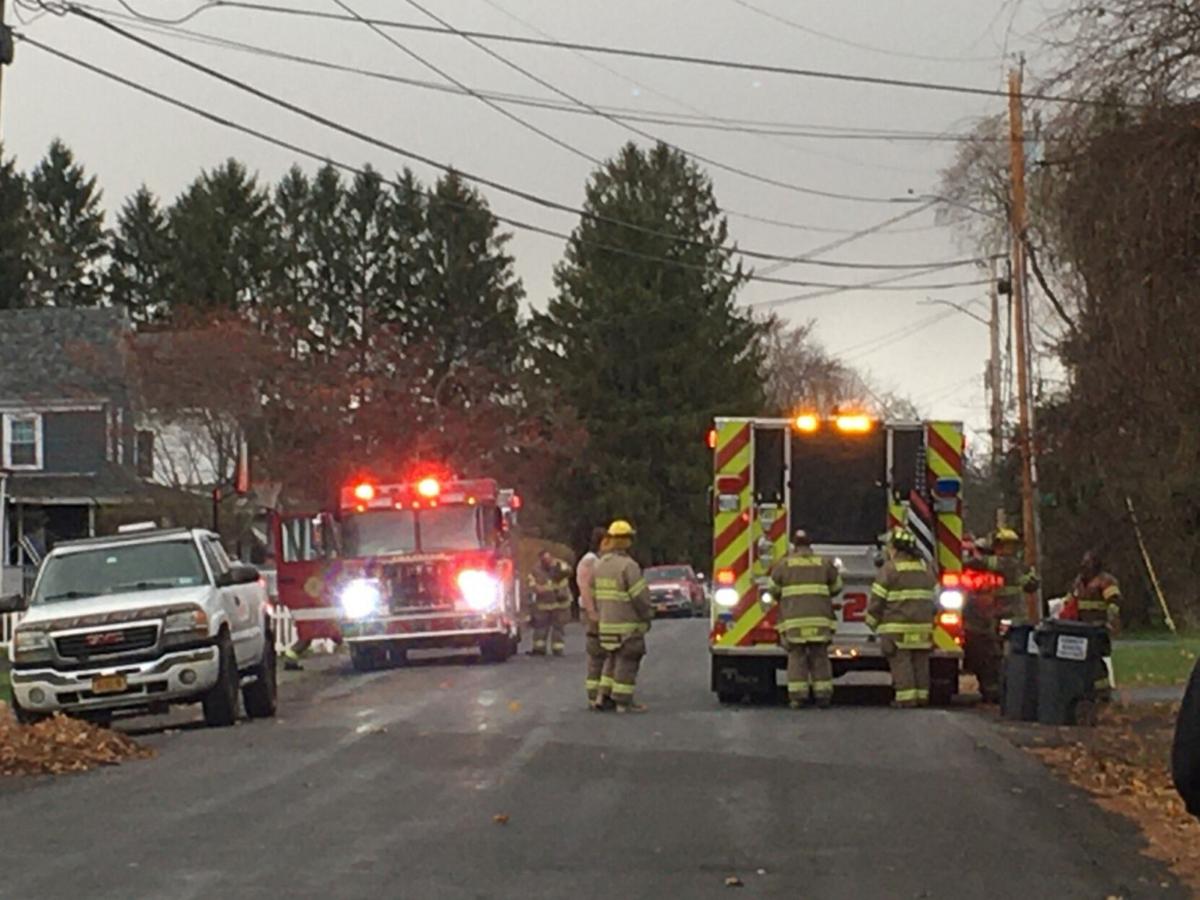 Coxsackie firefighters at a home on Lafayette Avenue in Coxsackie, where dangerously high levels of carbon monoxide were found Tuesday. Bill Williams/Columbia-Greene Media 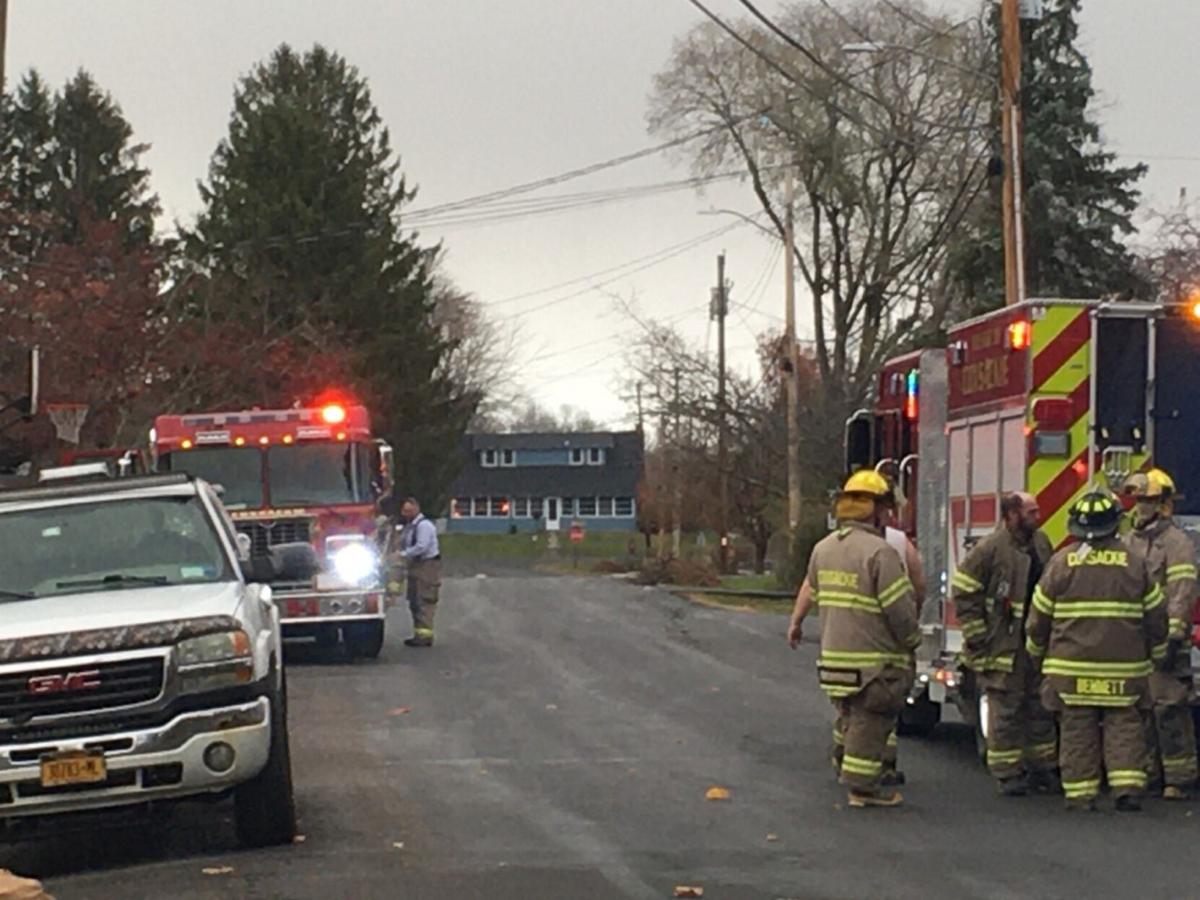 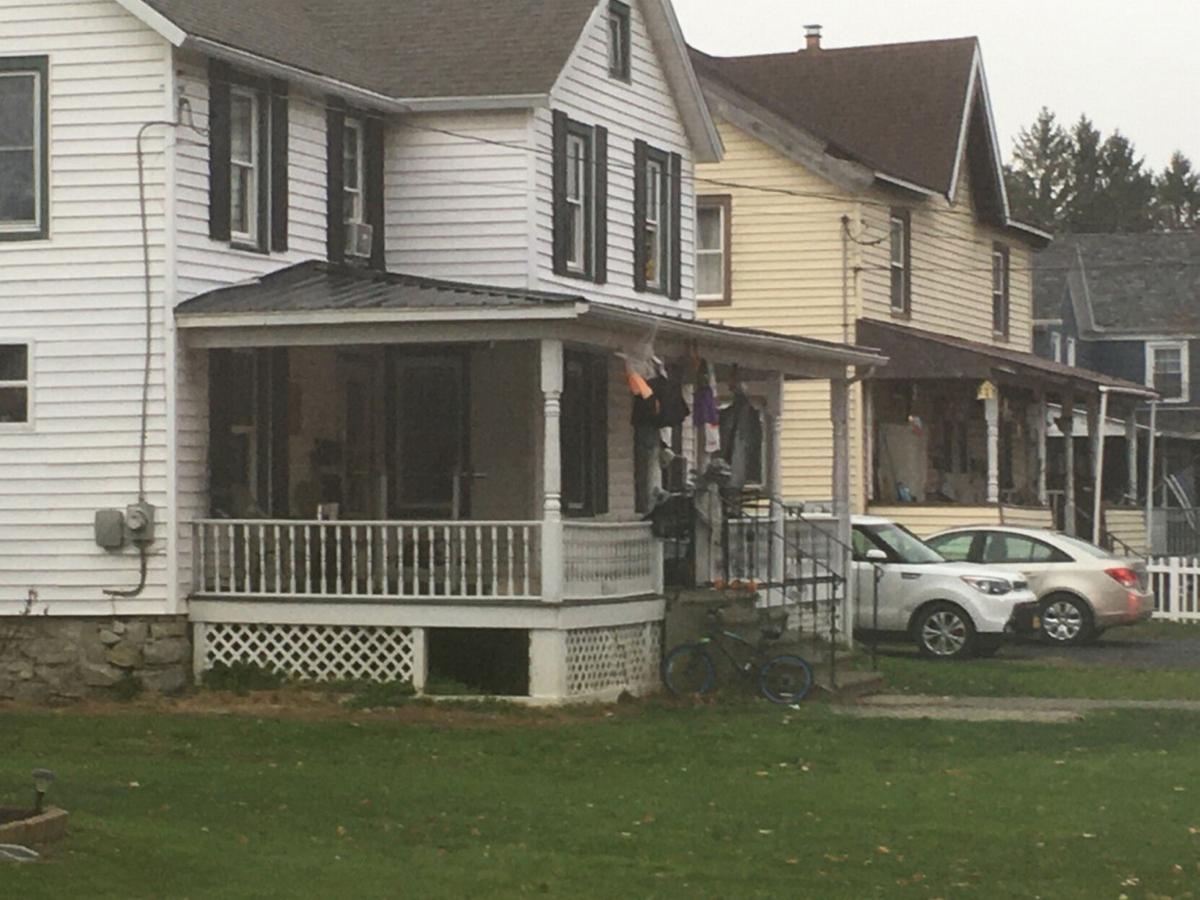 A man who lives at a home on Lafayette Avenue in Coxsackie,was taken to Columbia Memorial after high levels of CO were found Tuesday. Bill Williams/Columbia-Greene Media

Coxsackie firefighters at a home on Lafayette Avenue in Coxsackie, where dangerously high levels of carbon monoxide were found Tuesday. Bill Williams/Columbia-Greene Media

A man who lives at a home on Lafayette Avenue in Coxsackie,was taken to Columbia Memorial after high levels of CO were found Tuesday. Bill Williams/Columbia-Greene Media

COXSACKIE — A carbon monoxide detector is being credited with saving the life of a Coxsackie man Tuesday afternoon.

The unidentified man, in his 40s, was a resident of the affected building and was taken to Columbia Memorial Health with possible symptoms of carbon monoxide poisoning, Salluce said.

Arriving firefighters spoke with the resident, who refused medical treatment, and instead opted to go to the hospital by private vehicle, Salluce said.

The man’s condition was not immediately known.

Fire officials requested additional manpower to the scene and entered the two-story home with carbon monoxide meters to check the levels, Salluce said.

That number was extremely high and hazardous to human life, Salluce said. Average carbon monoxide levels in homes vary from 0.5 to 5 parts per million, according to the U.S. Consumer Product Safety Commission.

As carbon monoxide levels increase and remain above 70 parts per million, symptoms become more noticeable and can include headache, fatigue and nausea. At sustained concentrations above 150 to 200 parts per million, disorientation, unconsciousness and death are possible, according to the Commission.

Coxsackie firefighters ventilated both floors of the residence, which brought the carbon monoxide levels back down to zero, Salluce said.

The cause of the high levels is under investigation. The home’s furnace is suspected to be the problem and a contractor was contacted to inspect the equipment, Salluce said.

Lafayette Avenue was closed to traffic between Mansion Street and Van Dyck Street while firefighters worked. All departments were back in service by 3:30 p.m.

On average, about 170 people in the United States die each year from carbon monoxide poisoning produced by non-automotive consumer products, according to the Consumer Product Safety Commission.

The products include malfunctioning fuel-burning appliances such as furnaces, kitchen ranges, water heaters and room heaters, portable generators, fireplaces and charcoal burned in enclosed areas, according to the commission’s website.

In February 2010, New York began requiring all homes and apartments to be equipped with carbon monoxide detectors. The law was amended in 2014 to include every restaurant and commercial building in the state. Failure to comply with the law can result in fines of up to $1,000 per day of violation or imprisonment of up to one year, or both.