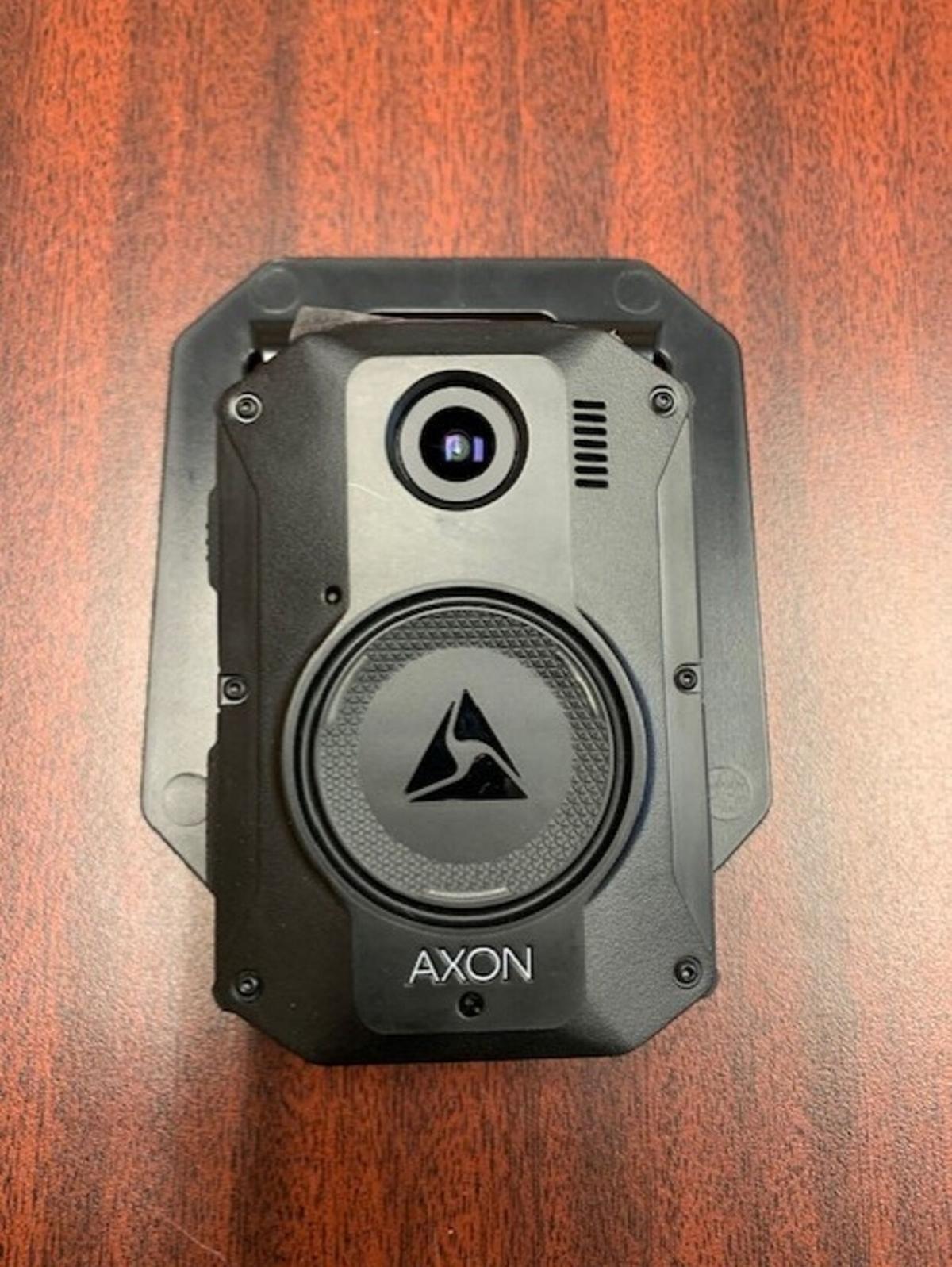 The Columbia County Sheriff’s Office is beginning to use body cameras. Contributed photo 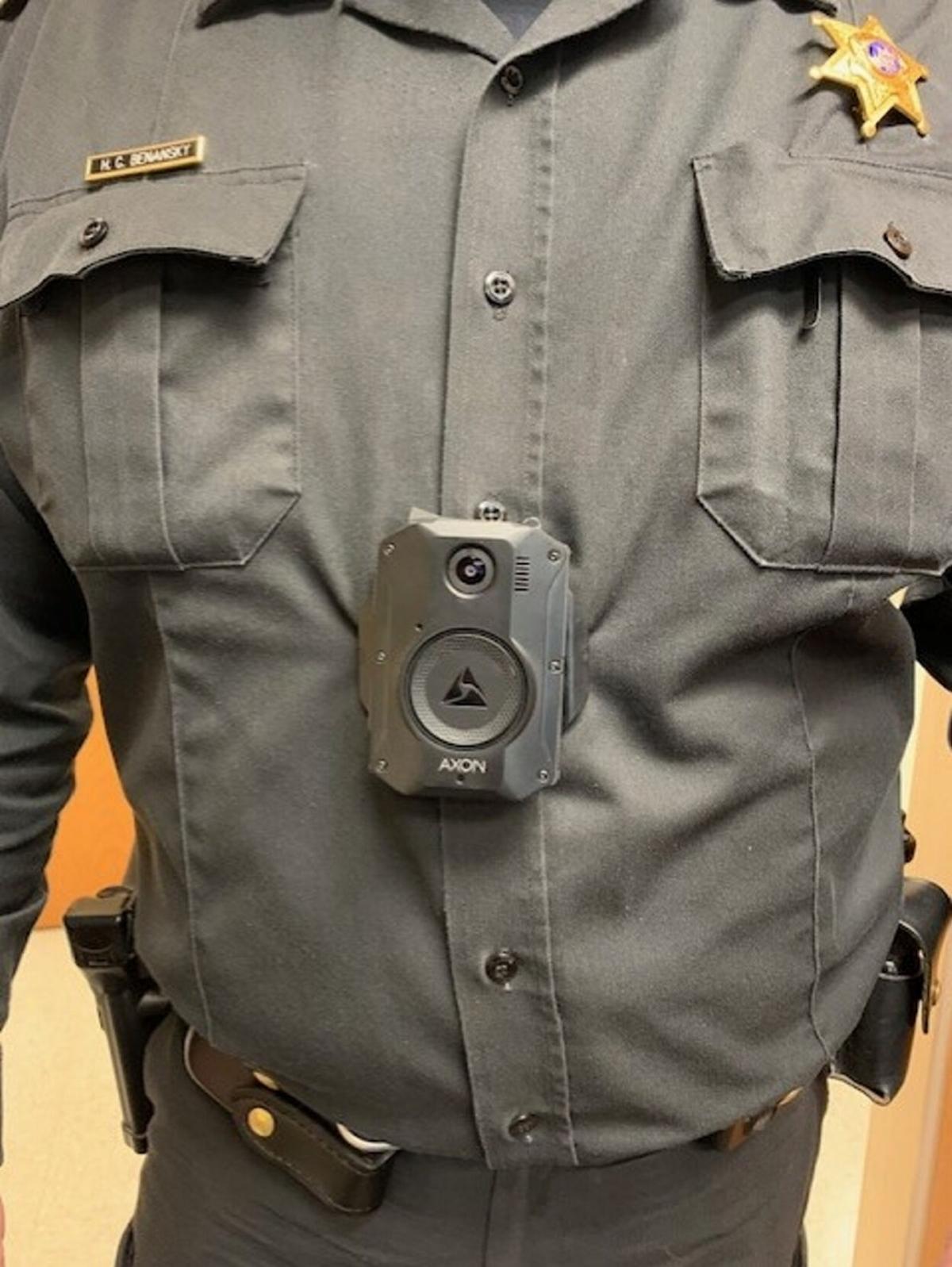 The Columbia County Sheriff’s Office is beginning to use body cameras. Contributed photo

HUDSON — The Columbia County Sheriff’s Office has been given the green light from the board of supervisors to begin using their body cameras.

The sheriff’s office will start using the cameras this week after supervisors approved a temporary policy to regulate them.

At a special public safety meeting held Tuesday evening, supervisors approved an interim policy which allows the sheriff’s office to use the cameras until a more permanent policy is created by an implementation committee.

“The sheriff’s department has the cameras and the company Axon has done all the downloads,” Ghent Supervisor Michael Benvenuto said. “They’ve instituted some training, they’ve run tests with the cameras.” Ghent Supervisor and chairman “And the sheriff’s department has developed a policy at this present time, before implementation, which is basically word for word or mirrored of the New York State Police Training council policy,” said Benevenuto, who chairs the county Public Safety Committee. “So to get up and running — that’s what were looking to utilize at this point.”

Columbia County Sheriff David Bartlett said the interim policy comes from the Department of Criminal Justice Services. It allows for individual agencies to modify policies to suit their needs.

The interim policy outlines a number of camera-related regulations, such as when to activate a camera, storage and downloading procedures, measures to prevent data tampering, access to review footage and equipment maintenance.

These policies and others will be reviewed by the implementation committee, which will shape a policy specifically for the Columbia County Sheriff’s Office.

Speakers at the meeting seemed agreed that the stock policy from the state was not a final product, but would be able to work at this time until the implementation committee creates a more permanent policy.

In advance of the meeting, Hudson 3rd Ward Supervisor Michael Chameides sent a list of policies and procedures for the cameras which he suggested be included such as banning video manipulation methods, require officers to inform members of the public that they are being filmed, opt out of all data-sharing agreements with Axon and require a note in the video file for every time a video file is opened, downloaded, shared or modified in any way.

Board of Supervisors Chairman Matt Murell said he plans to appoint the implementation committee at the next board meeting.

New Lebanon Supervisor Tistrya Houghtling made a motion to require the committee and the sheriff’s office to begin the process of creating a new policy within the next 60 days.

At a Dec. 30 meeting the Columbia County Board of Supervisors passed a resolution authorizing the county and the sheriff’s office to enter into a five-year agreement with Axon Enterprise Inc., at $100,000 per year for the purchase of the body cameras and their related equipment and storage. The cost included 50 cameras. Officers at the meeting said part of the contract with Axon calls for the company to replace or refresh the cameras after two-and-a-half years and then again when they have had them for five years. With each replacement the cameras would be upgraded to the latest technology. Axon also handles all hardware and software maintenance.

The cameras can be tracked using GPS and all of the video will be backed up using unlimited cloud storage Axon offers so the department will not have to worry about storage limit issues. Axon maintains the storage.

Lt. John Rivero of the Columbia County Sheriff’s Office said Thursday the cameras are now beginning to be used.

Rivero said video footage allows things to be seen as the responding officer saw them.

“Body cameras are obviously the next phase,” Rivero said. “And we’re going to be working to incorporate them in with the in-car system. With both of those angles covered I think that it will benefit not only the deputy sheriffs that are using them but the public as well.”

For about eight years the sheriff’s office has been using vehicular cameras, Rivero said.

He said due to previous budgetary restrictions the office had decided to purchase car cameras at that time because those cameras gave a better overall picture of what was going on at the scene. Body cameras show an additional angle to video.

E County, nor the Village of Catskill Police, agreed to body cameras. The flurry of articles in the last two weeks concern the lack of transparency in Greene County, and the presence of Oath Keepers in local government.

This is Columbia County. So all this means for now is that this is another article for him to drop his lame comments on about the old jail, the new jail, Catskill PD, the old sheriff, the new sheriff, his dwi’s, life story, PTSD, and whatever other I’ll conceived nonsense he can come up with.

Dear Basement Dweller. Interestingly, two DWIs were claimed. I took both to trial and won on the merits. There was no evidence of unsafe driving, no evidence of alcohol, both officers were proven to make up false probable cause, and neither Gambino nor Rowell were licensed to operate their chemical test equipment. Gambino didn’t know what RADAR stands for, Remote Detection And Ranging. Significantly, Judge Lamb and Judge Pazen/Koweek found me not guilty.

The problem of Oath Takers here is very real and dry significant. The PTSD btw is due to living next to the World Trade Towers since 1981, seeing them destroyed, and is enhanced by attacks by mindless Oath Takers here in Greene County.

No, you and this “news” outlet are slinging mud without just cause. I see how the writer of the editorial tried to back pedal into a “what if” scenario. Three things remain the same here- one, I stand by my commentary, two- speculation does not create fact, and three- Oathkeepers DO NOT run Catskill, Greene County, police agencies, or any other organization in this area.

Get the popcorn, this almost guarantees that there's going to be some close-up videos of Mr. Myers next time he gets up in people's faces and the deputies respond appropriately!