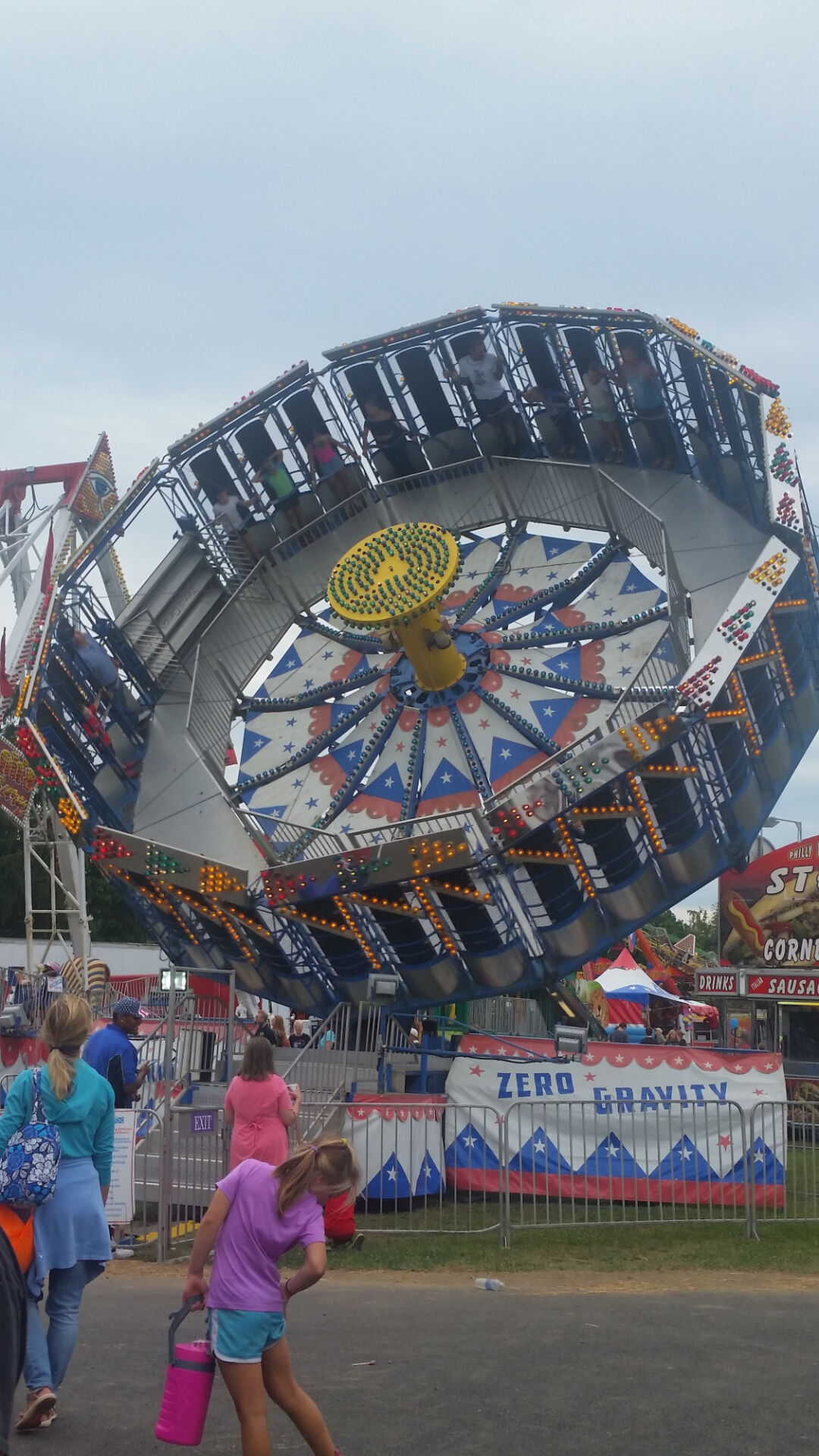 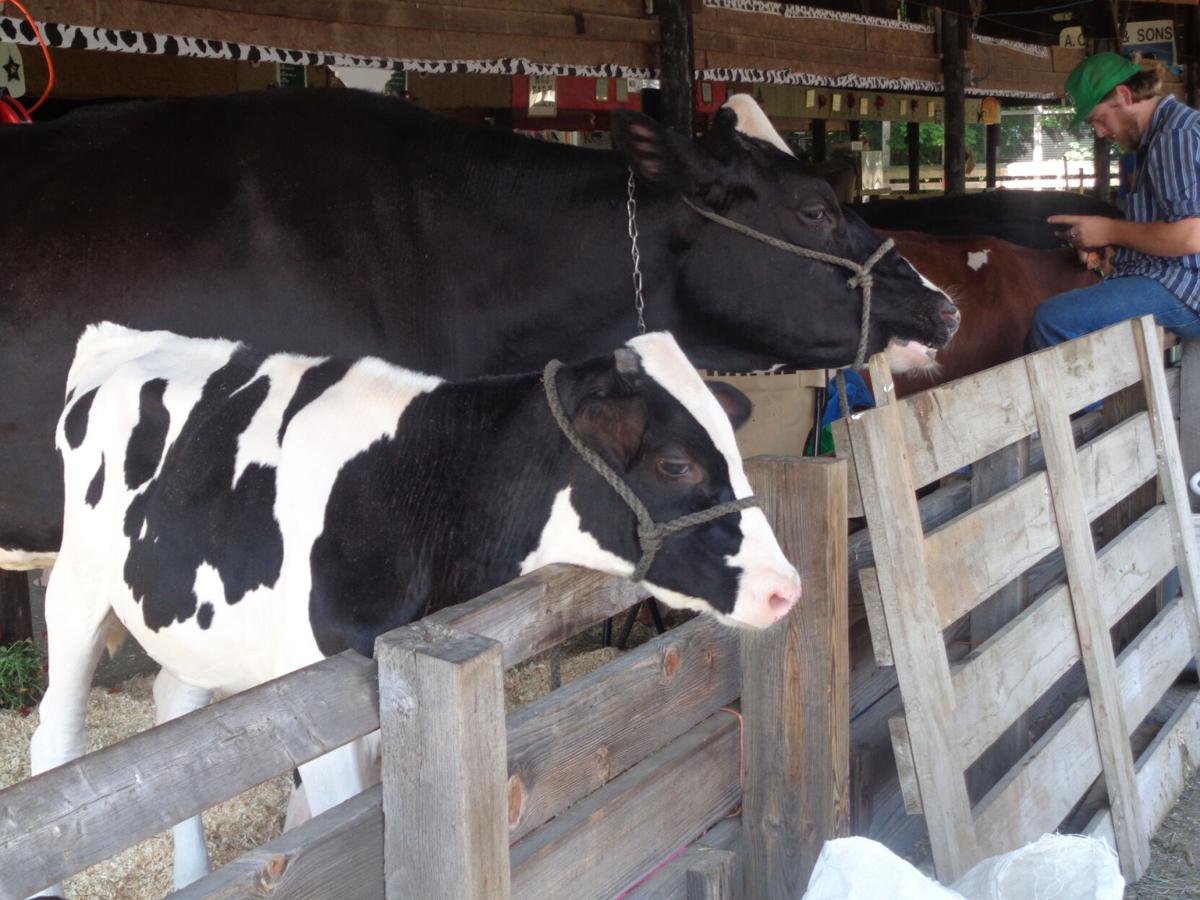 The 2021 Columbia County Fair will take place from Sept. 1 through Sept. 6. File photo

The 2021 Columbia County Fair will take place from Sept. 1 through Sept. 6. File photo

HUDSON — The Columbia County Fair is officially a go this September.

The 2020 fair was canceled due to the COVID-19 pandemic, but recent updates in state policies and safety guidance will allow county fairs to take place this year.

“For this year’s fair, there are going to be some changes, obviously with meeting the state mandates and everything,” Columbia County Agricultural Society Director Betsy Braley said. “So there are some things that are going to be different but there are also going to be a lot of the favorites that people love, like the racing pigs, and the zoo, the animals, the food.”

The Columbia County Fair will follow the guidance in place from the state and the Centers for Disease Control and Prevention, Braley said. The current guidelines call for masks to be worn by people who are not vaccinated, but those guidelines could change as the fair date approaches.

The Columbia County Fair will take place this year from Sept. 1 through Sept. 6.

“We haven’t been through the process that we’re going through now with what was going on throughout the country,” Fair Manager Angelo Nero said. “But the area seems to have settled down now, and we’ve been told it looks like it’s going to be smooth sailing for the fairs to open up. So were happy to hear it and anxious to get going.”

Much of the planning has been done in recent months, Nero said. Planning for the county fair has to start early, he added.

It is unclear if there will be any additional stipulations from New York state as far as safety guidelines are concerned, Nero said.

“The rides have not been a problem,” Nero said. “The company that we use is actually based out of Jersey, and they have a lot of fairs in New York state they provide rides for. They are from Florida and they come up the coast. We have been told that all of the rides will be here. It’s not going to be a problem.”

Most of the games at the county fair come with the same company, Amusements of America, which also handles the rides for the fair Nero said, so this year’s fair will still have games.

Amusements of America has cleaning procedures in place for rides and the carnival portion of the fair, and they are following state guidelines, Braley said.

“I feel like we’re kind of lucky because they’re in New York State right now and they do a bunch of fairs along the way,” Braley said. “We’re one of the last fairs, its June now and I think by September a lot of the quirks and kinks will be worked out so we’ll be all good to go.”

“We now have to go after the car shows, and the other major entertainment that we’ll have down by the grandstand,” Nero said. “People have been booked, we do have contracts with them which had been on hold, so we’ll be taking care of those too.”

At this time, there is no limit on the number of people who will be allowed to attend the fair each day, Nero and Braley said.

“We’re doing a lot of catch-up now,” Braley said. “Because usually our fair is all planned by now, we’re just doing the fine details. Where we’re just kind of gearing up and its a go. So we’re all speed ahead and we’re very excited to be able to go forward with it this year.”

The safety of everyone at the fair is important to fair officials, Braley said.

Another difference at this year’s fair: No smoking will be allowed inside the fairgrounds, Braley said. This is the first time the fair has had this no smoking rule inside the gates.

In recent weeks, other nearby fairs such as the Greene County Youth Fair, the Dutchess County Fair and the Ulster County Fair have also announced they will be taking place this year.

Last month, Gov. Andrew Cuomo announced some guidance for county fairs to be able to operate this year. Under the new guidance, fairs and festivals having attendance of more than 5,000 people are required to get approval from the state Department of Health. Fair officials have said the Columbia County Fair typically boasts between 60,000 and 70,000 attendees over the course of its run.