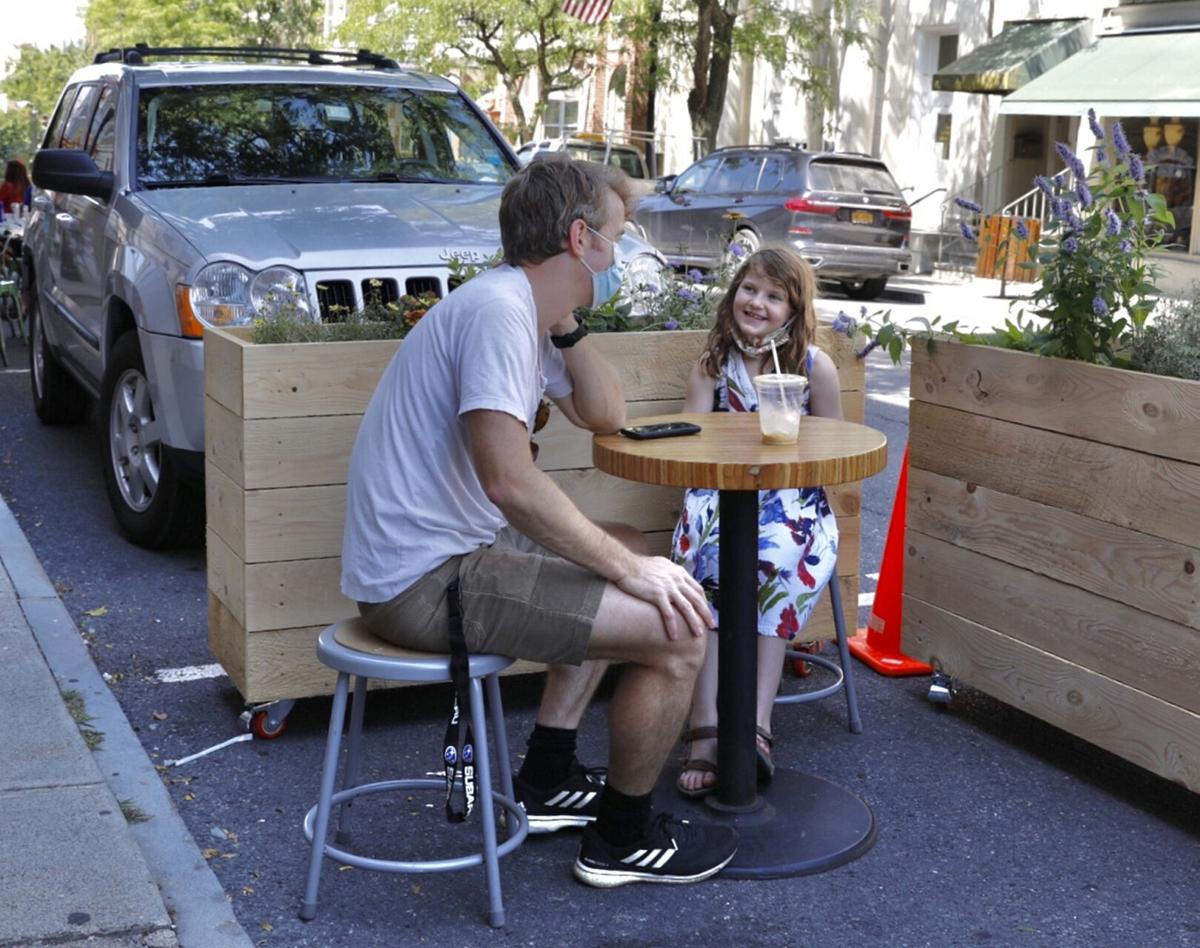 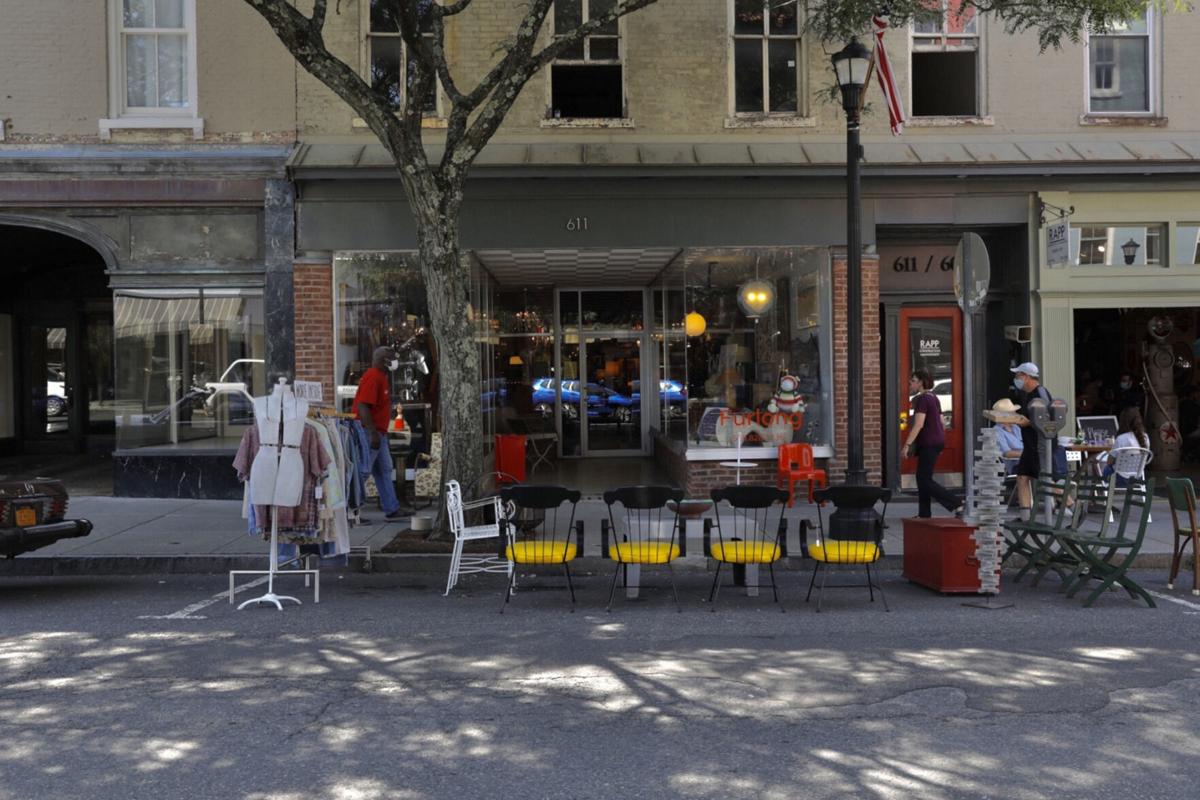 The city will install concrete barriers around permitted parking spots for uniformity and safety.

The program is expected to begin May 15 and run through October, Tourism Board member Tamar Adler said Tuesday. The dates have not been confirmed.

The Shared Streets program last year allowed businesses on Warren Street to get permits to expand seating and merchandise into parking spaces in front of their buildings. Safety and a lack of enforcement were the biggest complaints last year, Common Council President Thomas DePietro said Tuesday.

Some businesses had wooden structures separating diners from drivers while some had merchandise displayed at the borders of their parking spots and diners sitting with a potted plant or traffic cone separating them from traffic.

Shared Streets organizers distributed safety recommendations to businesses last year, but there was no clear authority overseeing the program and businesses did not face repercussions for not having safety barriers.

A project manager hired to oversee the program will this year work with city departments to enforce regulations, DePietro said.

The Common Council on March 22 approved $15,000 in Tourism Board funds to hire a project manager, which was half of what the board requested. A job application should be posted on the city website soon and tasks in the job description that have been completed will be removed from the role, Adler said Monday night.

All businesses participating in the program will be required to read and sign an agreement on safety and design regulations to use a parking space in front of their business this year, board member Kate Treacy said Monday night. Business parking space permits will be taken away after one warning for not adhering to safety and design guidelines.

The board plans to purchase concrete barriers for businesses participating in the program, costing about $7,500, Adler said.

Program organizers considered purchasing uniform plastic barriers around parking spots, which were recommended last summer by the Shared Streets advisory committee, Treacy said. The plastic barriers would have cost about $27,000 and Superintendent of Public Works Robert Perry recommended locally sourced concrete barriers, which are cheaper and safer, she said.

The concrete barriers cost $50 and weigh about 3,600 pounds each, Perry said Tuesday. Each barrier is six feet long, two feet high and two feet wide. The Department of Public Works will install and remove the barriers at the beginning and end of the season.

The safety guidelines require the concrete barriers on the street side and either end of parking spots used by businesses, Adler said Tuesday.

Organizers hope to find a donor to cover the cost of the parking space permits, she said.

The city will own the barriers after the program concludes in the fall, DePietro said.

Signs last year notified drivers on Warren Street of a 5 mph speed limit, where the limit is normally 30 mph.

But the slower speed limit was not enforceable, Perry said.

“You can’t legally change the speed limit,” he said.

While the idea of closing the street to traffic was floated by the board, Johnson said it will not happen.

Traffic will be encouraged to slow down, but there will not be signs reducing the speed limit, Johnson said Tuesday.

Any traffic changes would be a natural result of parking spaces being used, Adler said.

“There are no traffic measures planned other than whatever happens naturally due to the parking space activations,” she said.

Last year’s program was put together as a quick response to the pandemic, Perry said.

“Last year was the height of the pandemic,” he said. “Everybody was doing what they could do just to survive. We were trying to do whatever we could as a municipality.” But this year, the safety implementation needs to be taken more seriously, he said.

“We did what we did and allowed what we allowed because it was a very dire time,” he said.