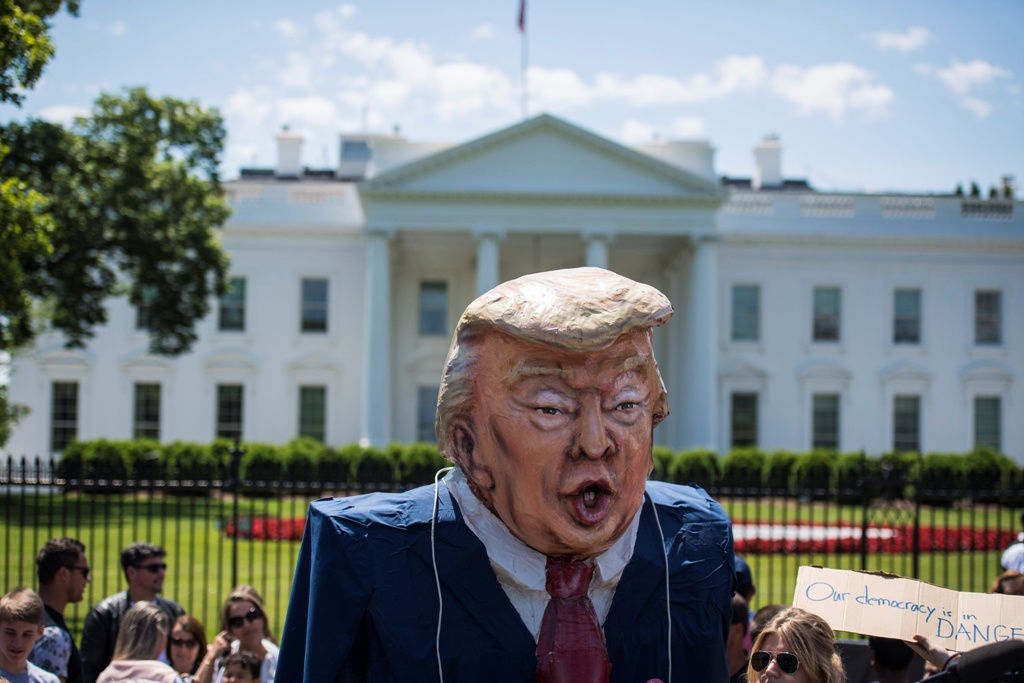 Washington Post photo by Jabin BotsfordFILE — People protest in front of the White House to demand an investigation of President Donald Trump after he fired FBI Director James Comey. 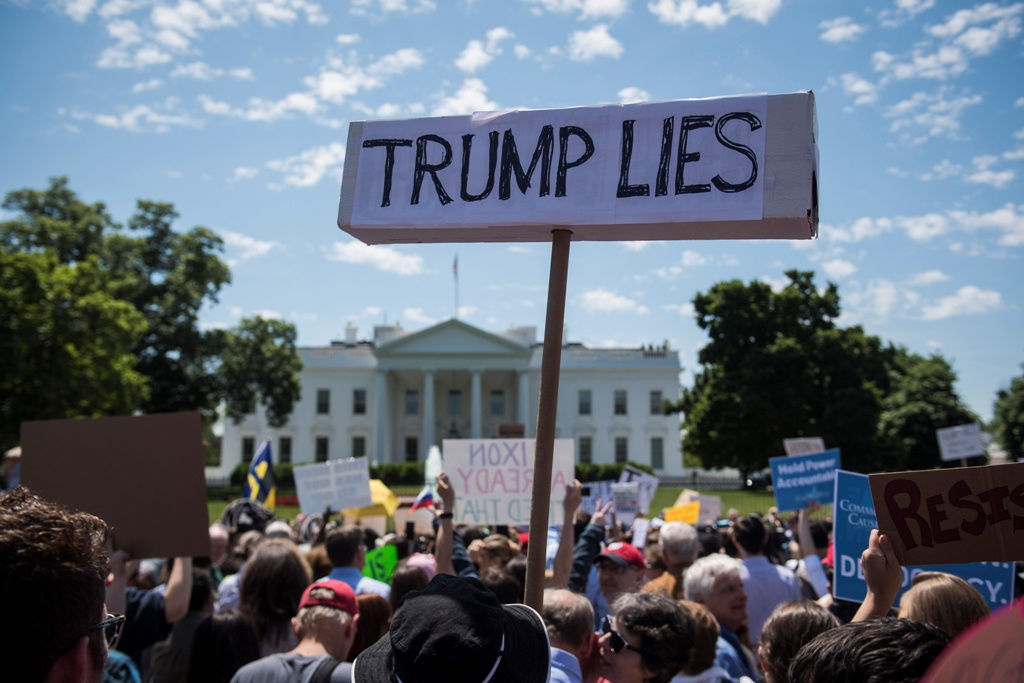 Washington Post photo by Jabin BotsfordFILE -- People hold signs during a protest in front of the White House.

Washington Post photo by Jabin BotsfordFILE — People protest in front of the White House to demand an investigation of President Donald Trump after he fired FBI Director James Comey.

Washington Post photo by Jabin BotsfordFILE -- People hold signs during a protest in front of the White House.

HUDSON — On the eve of a historic vote for impeachment, Columbia County activists wil rally in front of their congressman’s Warren Street office.

U.S. Rep. Antonio Delgado, D-19, announced Sunday that he would be voting in favor of impeaching President Donald Trump Wednesday, and over 500 people who plan to attend the rally want to show their support.

“We feel very strongly that President Trump has not only obstructed Congress but he has also broken the law,” said Pam Kline, the rally organizer and a member of Indivisible NY. “We feel that Republicans are not making him accountable, so it is important for the people to make him accountable and we are showing our support for Congressman Delgado who has also said that the impeachment is a necessary thing, it’s morally correct.”

The Hudson rally is just one of more than 600 organized across the country by the advocacy group moveon.org, and more than 40 in New York. Scheduled speakers at the rally included Hudson Mayor-elect Kamal Johnson, Jabin Ahmed, a leader and activist in the local Bangladeshi community, and 2nd Ward Alderman Tiffany Garriga.

“If we don’t do something about it, it just sends a bad message that things like this can continue,” Kline said. “Our democracy is at stake and if we don’t stand up now we could lose everything that America stands for.”

A 658-page report released by House Democrats on Monday revealed two articles of impeachment against Trump — abuse of power and obstruction of Congress, accusing him of violating the Constitution when he pressed Ukraine for help in the 2020 election.

“The President pressured a foreign government for personal political gain while withholding congressionally approved foreign aid, and in doing so, both abused his power and put our national security at risk. The President also obstructed Congress by blanketly refusing to cooperate with the body’s constitutional right to investigate the matter,” Delgado said Sunday.

“‘There comes a time when one must take a position that is neither safe, nor politic, nor popular, but he must do it because conscience tells him it is right.’ These are the words of my hero, Dr. Martin Luther King Jr.,” Delgado said. “Having reviewed the articles of impeachment and the underlying evidence, my conscience tells me that the right thing to do is abide by my oath of office and vote affirmatively for both articles.”

At the heart of the Democrats’ case is the allegation that Trump tried to leverage a White House meeting and military aid, sought by Ukraine to combat Russian military aggression, to pressure Ukrainian President Volodymyr Zelensky to launch an investigation of former vice president Joe Biden and his son Hunter Biden, as well as a probe of an unfounded theory that Kyiv conspired with Democrats to interfere in the 2016 presidential election.

The report released Monday argues that Trump’s solicitation of investigations from Zelensky at a time when military aid was being withheld meets the definition of both constitutional and criminal bribery — terms that are not made explicit in the articles of impeachment drafted by the House Judiciary Committee.

The report also details the article of impeachment for obstruction of Congress, accusing Trump of having directed executive branch agencies and officials not to comply with subpoenas issued during the impeachment inquiry “without lawful cause or excuse.”

“Taken together, the articles charge that President Trump has placed his personal, political interests above our national security, our free and fair elections, and our system of checks and balances,” according to the report. “He has engaged in a pattern of misconduct that will continue if left unchecked. Accordingly, President Trump should be impeached and removed from office.”

U.S. Sen. Charles Schumer, D-N.Y., U.S. Sen. Kirsten Gillibrand, D-N.Y., and U.S. Rep. Paul Tonko, D-20 have all said they are in favor of impeachment. They were joined by U.S. Rep. Anthony Brindisi, D-22, Tuesday, which the White House gave him flack for.

“When speaking to his constituents, Rep. Anthony Brindisi said he was not interested in impeaching the President, but when it came down to it, he sided with Nancy Pelosi and Jerry Nadler,” Steven Groves, White House Deputy Press Secretary, said in a statement. “While President Trump has been laser focused on supporting America’s veterans, growing our economy, and renegotiating our trade agreements, Brindisi has wasted time and taxpayer dollars on a sham impeachment hoax that Pelosi and Nadler have been focused on since the day the President took office.”

U.S. Rep. Elise Stefanik, R-21, on the other hand, has drawn a national spotlight for being an avid Trump supporter, and used her designated time during the public impeachment inquiry hearings held by the House Intelligence Committee to dismantle Democrats’ arguments for impeachment.

The Judiciary Committee plans to promptly begin debating the articles as early as Wednesday, and could vote by Thursday to recommend them to the full House of Representatives for final approval. If the House follows through as expected next week, Trump could stand trial in the Senate early in the new year.

The New York Times and Washington Post news services contributed to this report.

This article is not accurate at all. Most people I know in the area think the impeach nonsense is a total sham and can't wait to vote for President Trump again. Myself included!

I hate when journalist and newspapers speak for all the people in an area. Not all of Columbia County is behind the impeachment. Just because some attended a rally. Please get it straight next time.

How physical therapy can help you manage pain

Top indoor fitness trends to stay in shape this winter