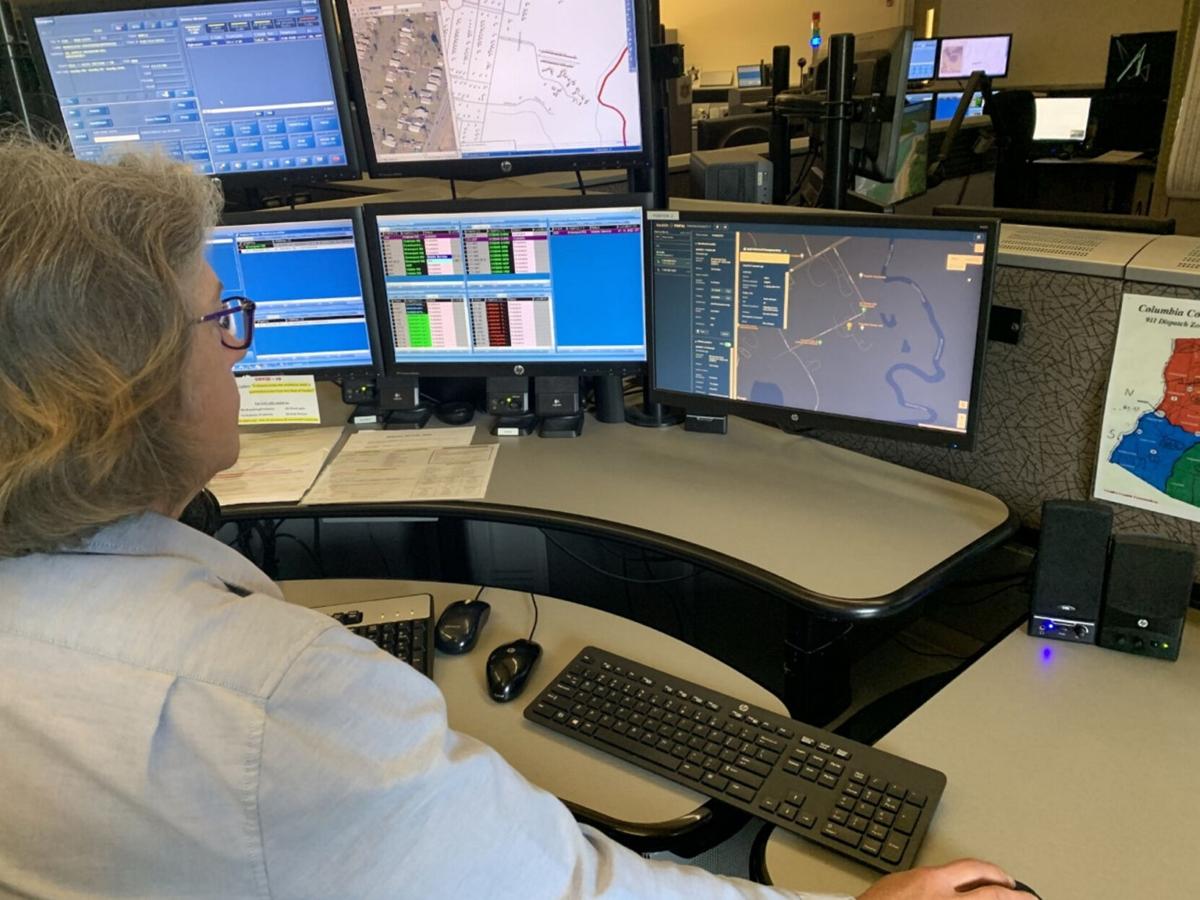 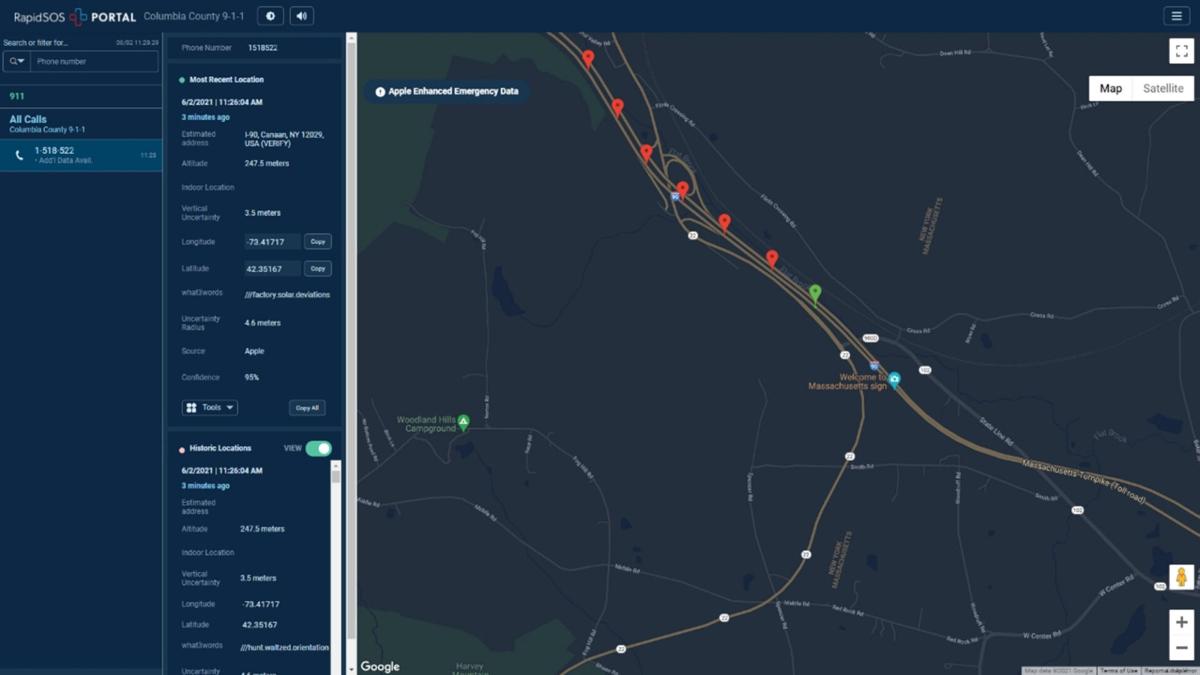 HUDSON — Locating cell phone callers who are experiencing an emergency is much easier and more accurate for Columbia County 911 dispatchers.

The information available through the RapidSOS Portal includes accurate, real-time caller location for 911 calls from iPhones and Android phones as well as situational and incident-specific information from connected vehicles, digital health devices, connected buildings and mobile applications such as Uber. The caller’s phone number is displayed automatically, as well as other personal information the user has programmed, Johnson said.

The information is immediately displayed on a satellite map of Columbia County, providing an enhanced situational awareness for 911 telecommunicators, which allows for a better and faster allocation of resources when it matters most, Lopez said.

Columbia County 911 is among the first agencies nationwide to test and implement this new tool, Lopez said.

The new service is provided free to Columbia County. RapidSOS provides this service free of charge to any public safety agency, including Columbia County 911, Johnson said.

Jurisdiction View uses the services of Apple and Google and is Global Positioning System-based, Johnson said.

“Jurisdiction View drastically improves our ability to locate a caller’s precise location, when reporting an emergency from a cell phone and provides our call-takers with critical situational awareness that wouldn’t otherwise be available while working on an incident,” Lopez said.

When a 911 call is selected, the caller’s phone number will be shown on the dispatcher’s screen, along with their location pinpointed on a map. If the caller is in motion, their device location will automatically and consistently update as they move, Johnson said.

RapidSOS was founded in 2012 by Michael Martin and Nicholas Horelik. Martin had a personal experience with 911 connection difficulties when his father fell off the roof of his home in Rockport, Indiana, breaking his wrist and shattering his hip. Martin’s father could not reach 911 from his cellphone and was lying outside in freezing temperatures until his wife came home and called 911 from their landline, according to the company’s website.

Back to learning: Tips to avoid a heavy load

The right advisor can boost your financial health

Save Money in the Kitchen Every Day

Kids and the COVID vaccine: What should a parent know?

Tips to Ease the Stress of Relocating to a New Area