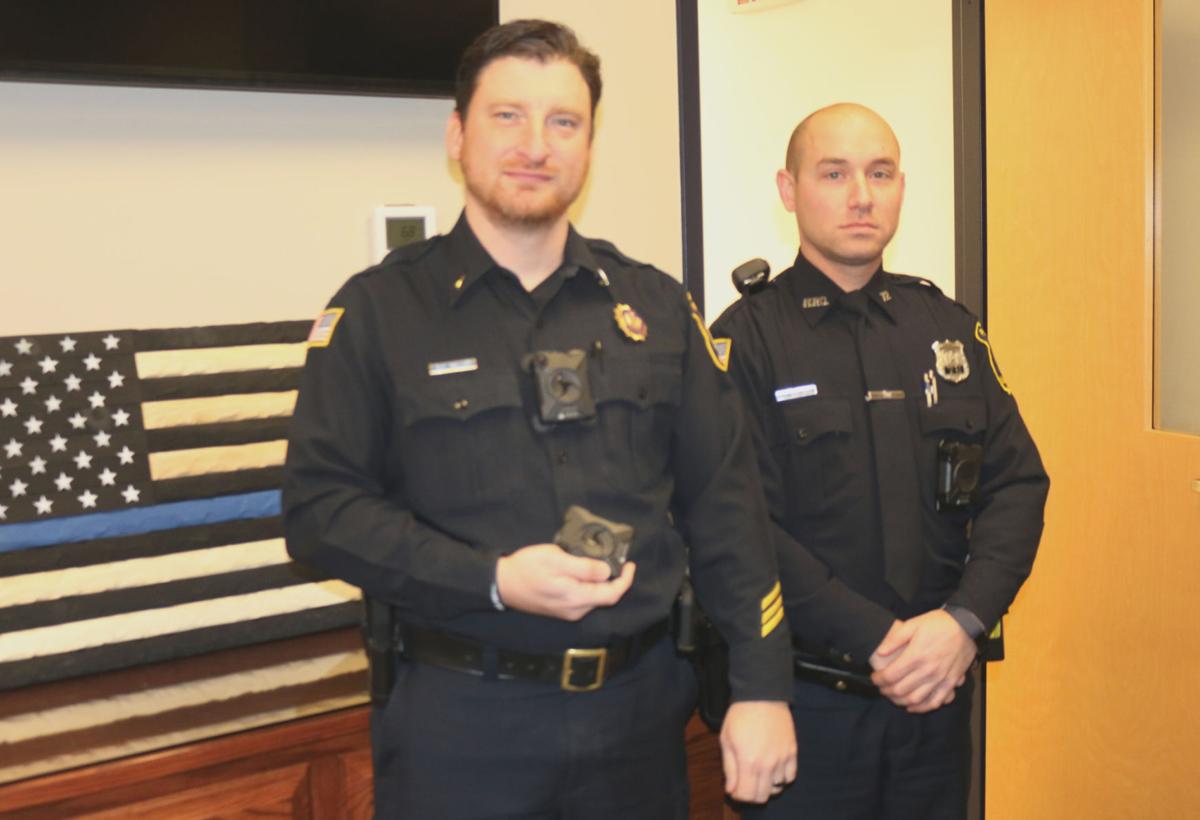 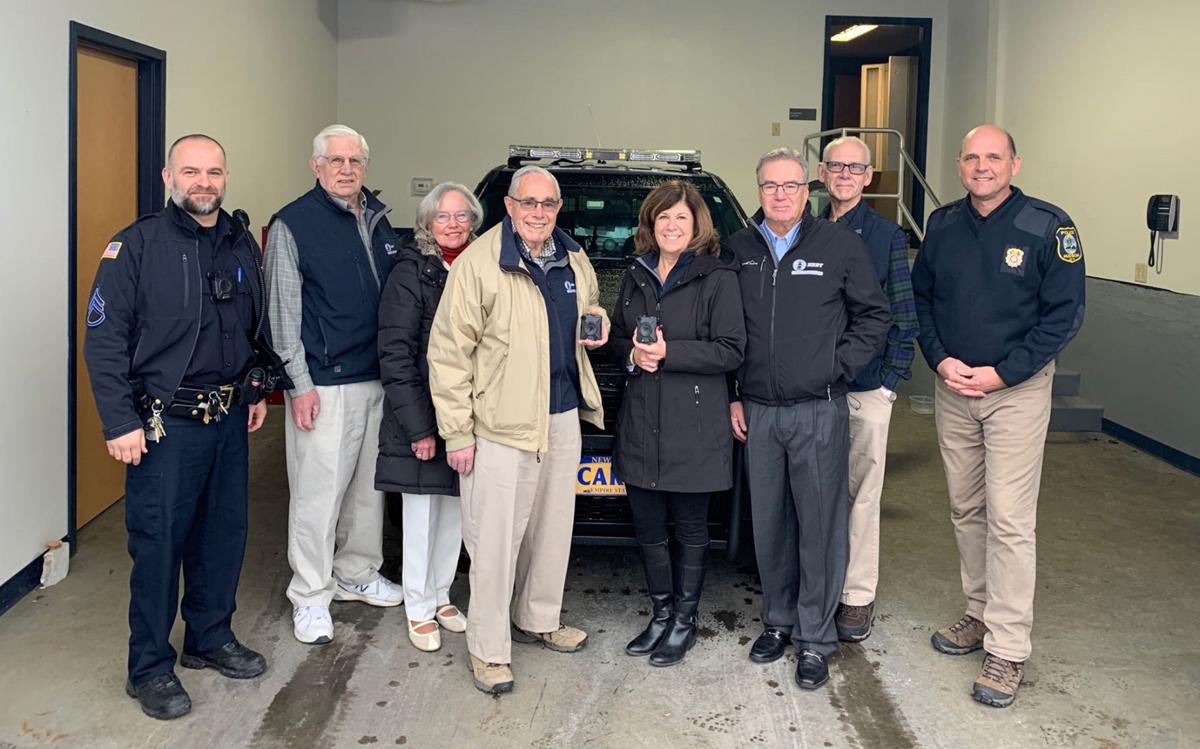 HUDSON — In an effort toward greater transparency and to improve public relations, the Hudson Police Department rolled out its body-worn camera program Friday.

The department has become the first full-time agency to adopt the program in Columbia County. After a little more than two years, officers suited up with the new technology while on patrol Friday.

Requests from the public more than two years ago at public meetings prompted the small city police department to look into using body-worn cameras. The personal cameras have been used to clear authorities of wrongdoing, uncover misconduct and paint a larger picture of what happened during high-stakes incidents.

“This project started out as a demand from the public,” Police Chief L. Edward Moore said Thursday. “We listened to that, and we followed through. We also saw it as a law enforcement tool.”

Eight cameras were purchased May 29, 2019. Police are hoping to equip another eight officers with cameras in the future, but will require more funding before that is accomplished. There are 26 officers in the department.

The department is using cameras made by Axon, an Arizona-based company that manufactures weapons and technology for law enforcement. The cameras will record 30 seconds before it is turned on, Moore said.

The process of purchasing and data storage for the cameras turned out to be much more complicated — and costly — than originally anticipated, Moore said.

Hudson police, with the assistance of Mayor Tiffany Martin and former Hudson Development Executive Director Sheena Salvino, were tentatively approved for the federal $10,000 in September 2017, but the money was not released until May 3, 2019.

The department’s body cameras cost $800 per unit, but that does not include maintenance, data storage, training and fulfilling requests from defense attorneys and the public under the Freedom of Information Law.

The department received $10,000 for the project from the U.S. Department of Justice in September 2017. Hudson River Bank & Trust Foundation provided $10,000 toward the project in January 2018.

Hudson police began field testing the cameras and evaluation of the systems in February 2018.

But before the cameras could be used in the field full-time, the cameras had to be tested and a policy had to be developed on how and when to use them, Moore said. The policy was finalized and reviewed by the city attorney, Columbia County District Attorney’s office, police union and Chief in Sept. 19, 2019. An Axon company representative trained entire department on Oct. 1, 2019.

Information from the arrests will be stored on an iCloud-based system. Data storage also proved costly, Moore said.

The cameras, from completing the original grant application to the rollout Friday, was spearheaded by Lt. David Miller.

“It’s been challenging,” Miller said. “And it will continue to challenge us.”

Miller added the Hudson Police Department is up to the task.

The department plans to revisit the total costs and make adjustments to the program in six months, and plans a total review of the program, including its successes and failures, at the end of the year, Moore said.

“I want to credit Lt. Miller for staying with this project from beginning to end,” Moore said. “There was a lot of work involved.”