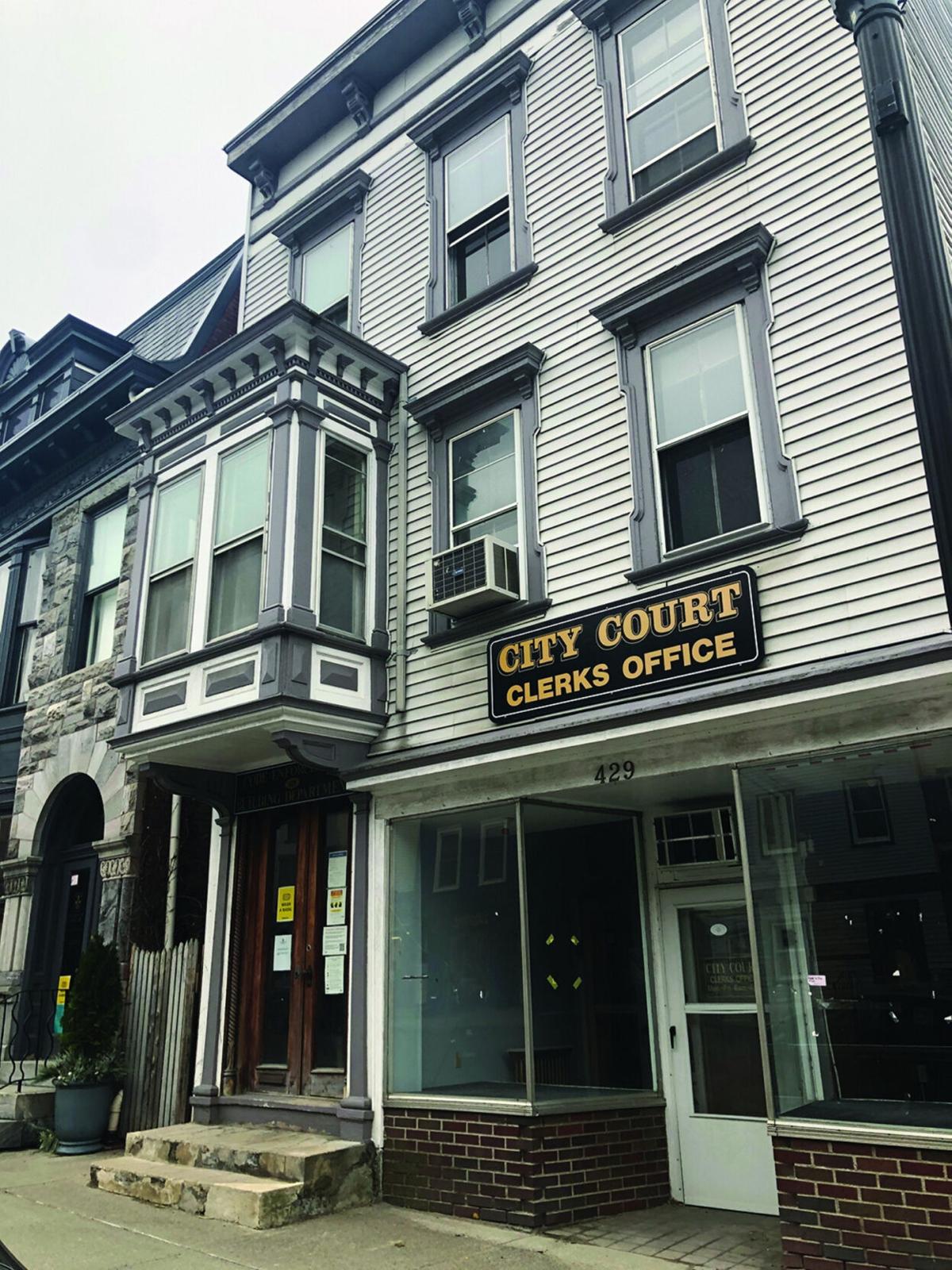 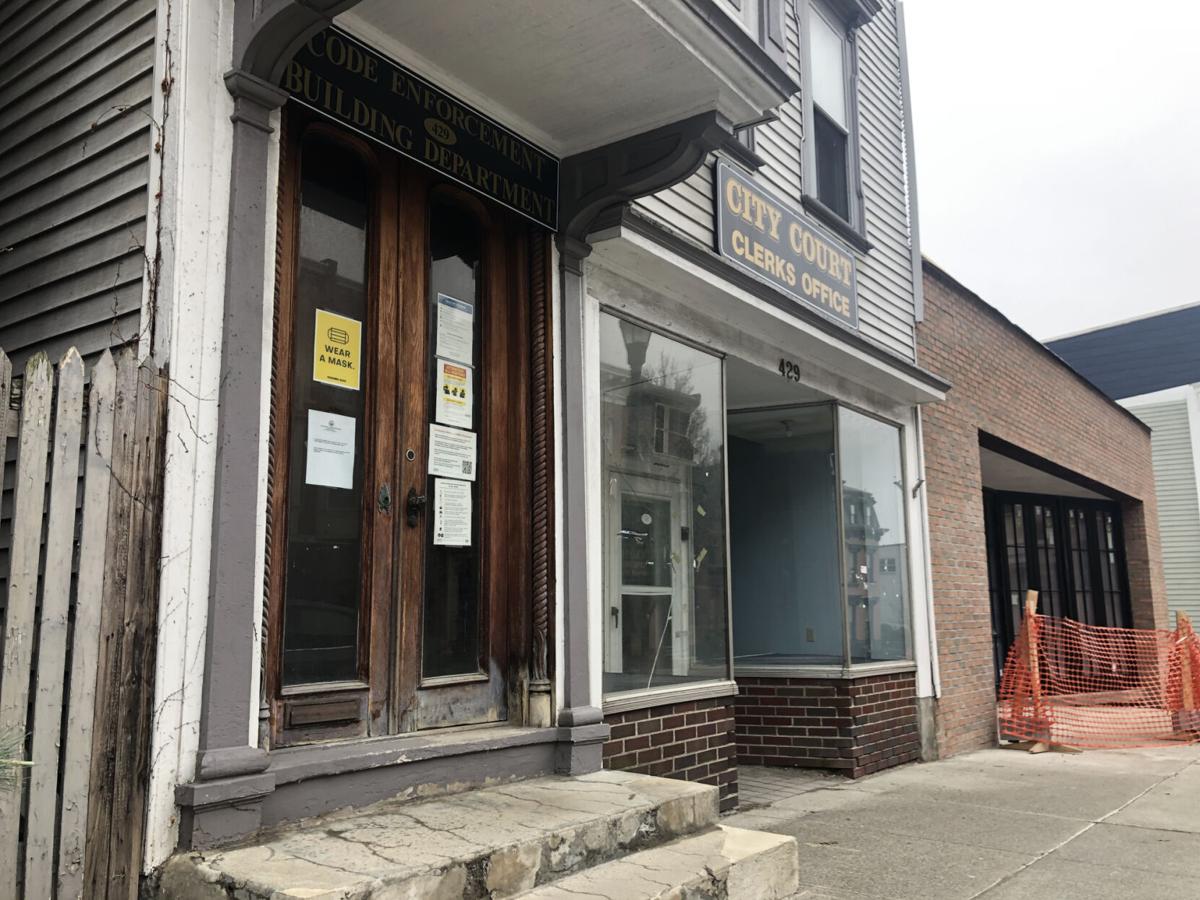 The code enforcement office at 429 Warren St., pictured atop stairs on the left, is the only space being used in the three-floor, city-owned building. Aliya Schneider/Columbia-Greene Media 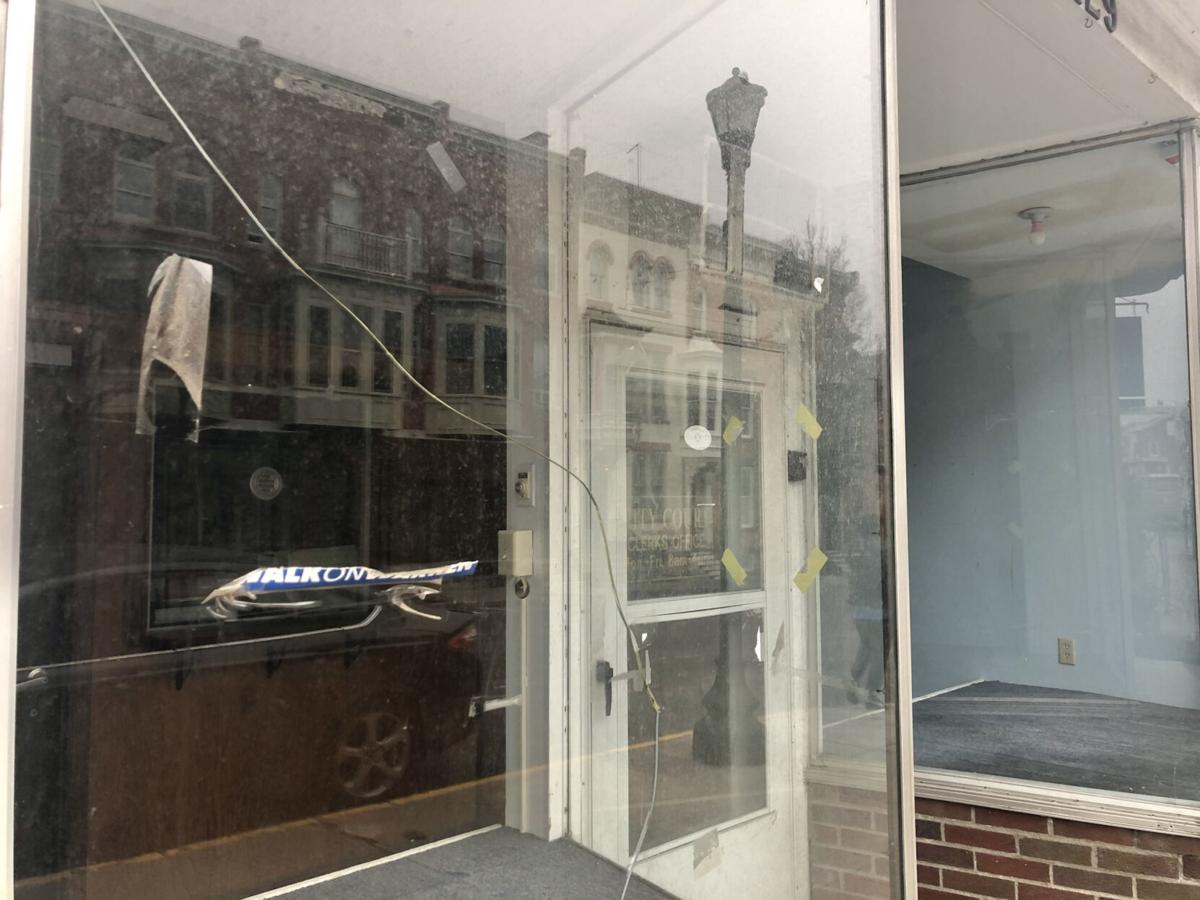 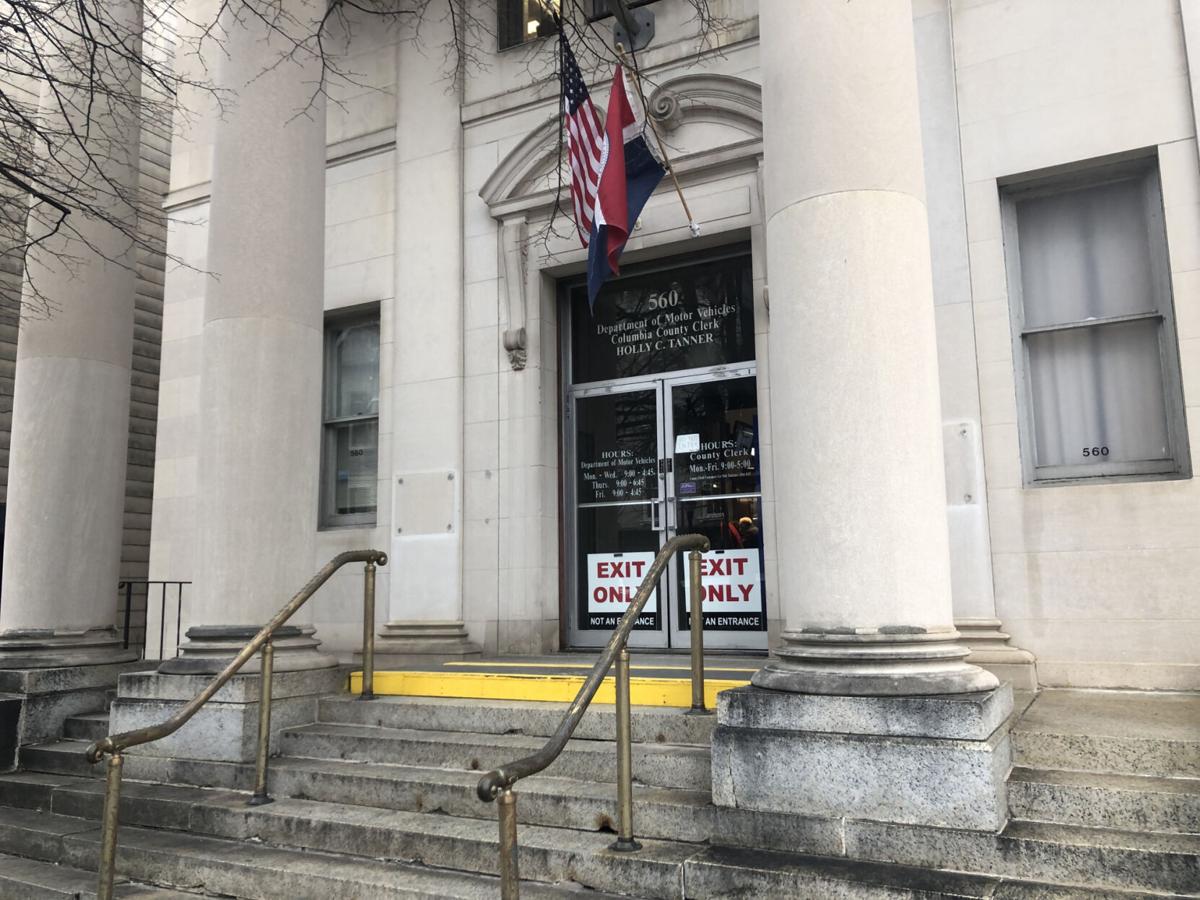 The code enforcement office at 429 Warren St., pictured atop stairs on the left, is the only space being used in the three-floor, city-owned building. Aliya Schneider/Columbia-Greene Media

HUDSON — Common Council President Thomas DePietro is considering putting 429 Warren St., which houses the city’s code enforcement office and has unused space on its second and third floors, on the market.

The three-story building is used only by the code enforcement department, Superintendent of Public Works Robert Perry said Wednesday.

There are empty apartments on the second and third floor and an empty office front on the ground floor, to the right of the code enforcement department entrance, where the city court used to be, DePietro said Wednesday. The area was connected to the former police department next door at 427 Warren St., DePietro said.

The 429 Warren St. building has a City Court Clerks Office sign on its exterior.

The building is not American with Disabilities Act-compliant, DePietro said. The code enforcement office entrance requires going up stairs.

The city purchased 429 Warren St., for $95,000, from Frank Scorzello and John Dionisio, of White Plains, on April 5, 1995, city clerk Tracy Delaney said Wednesday. The building was purchased to provide additional space for Hudson City Court, according to a July 19, 1994 resolution.

Then-mayor Richard Scalera said two apartments in the building would be rented to offset the cost of the building, and any additional space would be turned over to the police department, according to July 19, 1994, meeting minutes.

The 429 Warren St. apartments are not in good shape but can be renovated, DePietro said.

“The building is ripe for renovation and sale,” he said.

Former police chief Ellis Richardson had an office on the second floor of 429 Warren St., along with the police department senior account clerk, Perry said. Records stored on the third floor were moved out in the past year or two. The second floor offices appeared to be in a former bedroom and living room, and there is also a kitchen. Perry has not been on the third floor.

There are a couple of ideas about where the code enforcement department should be relocated with the sale of the building, but no details have been worked out, DePietro said. One idea is to move the department into a temporary office, such as the ones used at construction sites.

The officer trailer could be installed behind the police station, City Hall or fire station, Perry said.

DePietro declined to share the other idea. He hopes to have a plan in the next two or three months.

Haigh is uncertain about what he thinks of relocating until he has more information. “I am unsure about another building until I know where and the amount of space we will have,” Haigh said.

The code enforcement office’s long-term home depends largely on what the city decides for the future of City Hall, DePietro said.

A settlement between the city and the U.S. Department of Justice requires City Hall to become ADA-compliant, which it is not at this time.

An August 2019 study, which was revised a year later by Lacey Thaler Reilly Wilson Architecture & Preservation, LLP, identified four different plans to renovate City Hall to make it accessible. Two of the options are not suitable for the city because they do not provide accessible bathroom facilities, Mayoral Aide and ADA Coordinator Michael Chameides said.

The third option would include ADA-accessible entrances, restrooms and a ramp to the council chamber.

The fourth option would make City Hall fully ADA-compliant and include a rear addition and has a cost estimate of $3,141,000 in the study. This option would make space for the code enforcement department at 520 Warren St., DePietro said. The city’s plan for the building has to be approved by the U.S. Department of Justice.

The Galvan Foundation brought another option to the table Jan. 28 by offering to give the city its 400 State St. building, the former library, to use for City Hall. The foundation would also provide a $1 million development grant. The offer was proposed in exchange for the city-owned lot at Washington and N. Seventh St., but the land swap is not being considered, DePietro said Feb. 8. The rest of the offer still stands, Dan Kent, Galvan vice president of initiatives, said.

DePietro needs to discuss logistics with the foundation more before the council makes any decisions about 400 State St., he said.