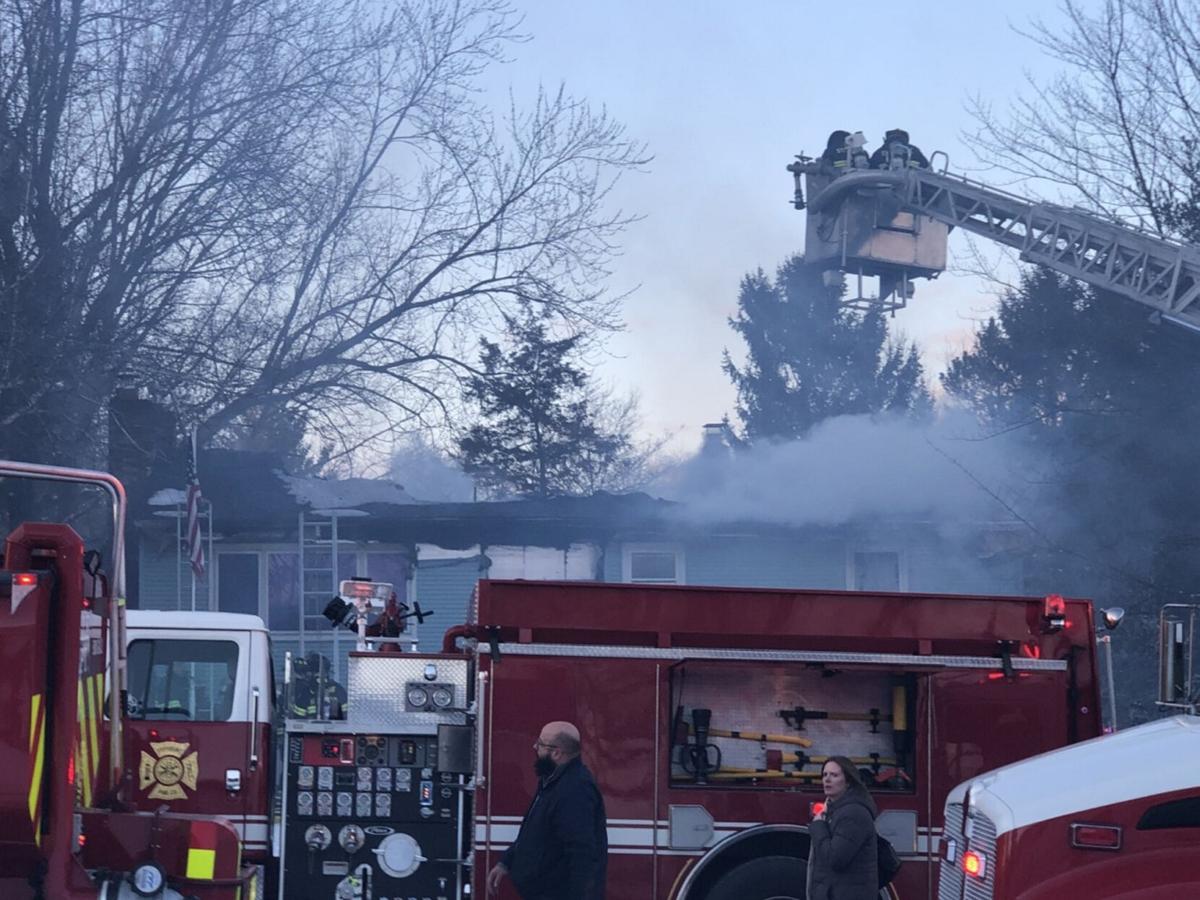 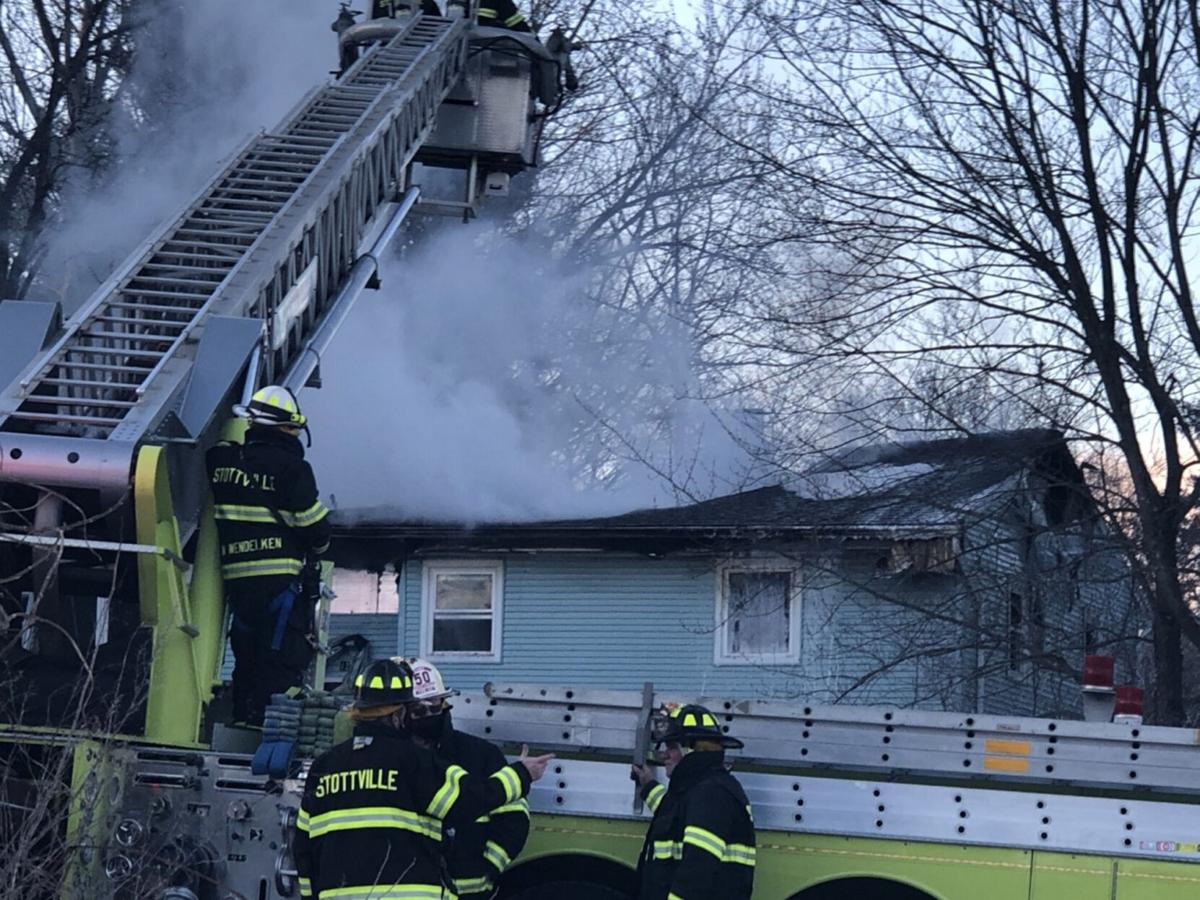 Firefighters pour water from above at the scene of a house fire in Stuyvesant Falls on Saturday. Bill Williams/Columbia-Greene Media 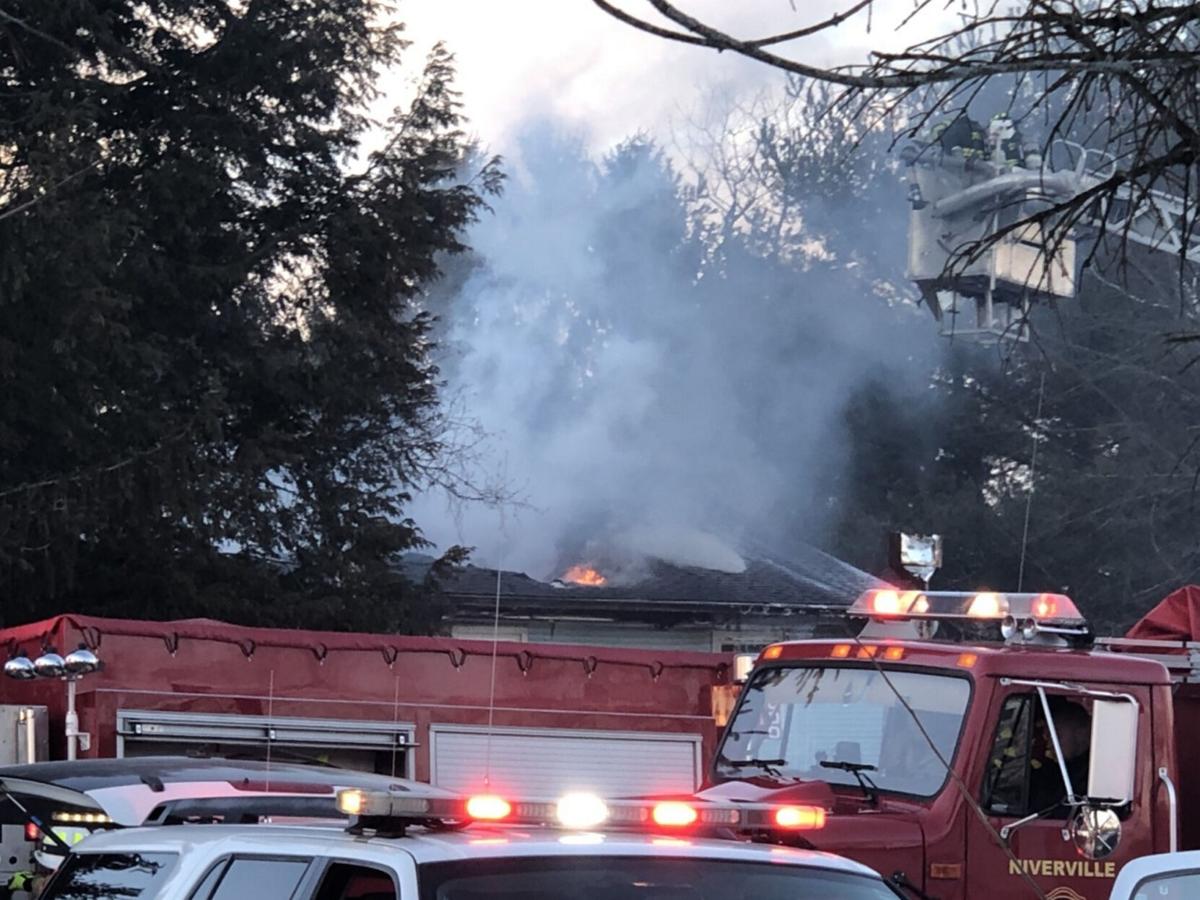 Flames burn through the roof at the scene of a house fire on Oak Leaf Drive in Stuyvesant Falls. Bill Williams/Columbia-Greene Media 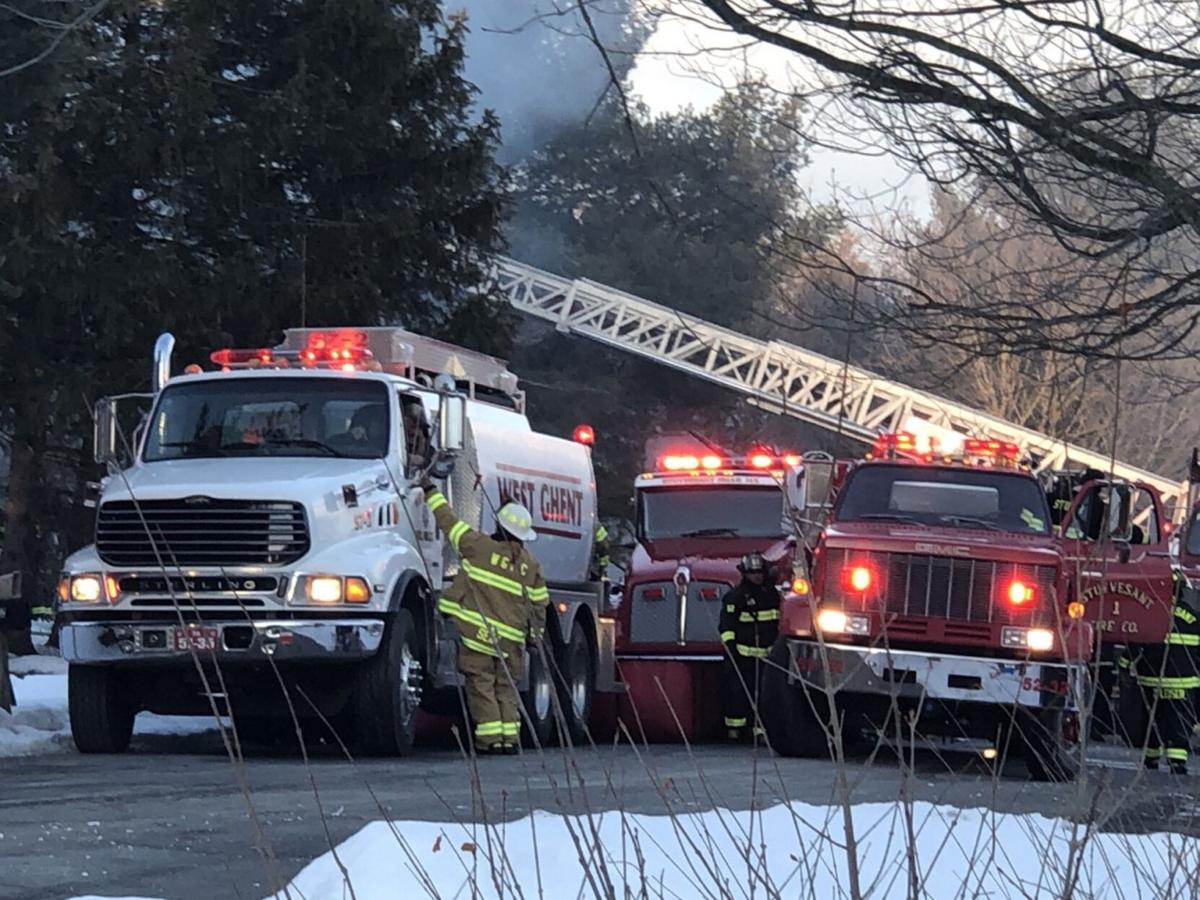 Firefighters pour water from above at the scene of a house fire in Stuyvesant Falls on Saturday. Bill Williams/Columbia-Greene Media

Flames burn through the roof at the scene of a house fire on Oak Leaf Drive in Stuyvesant Falls. Bill Williams/Columbia-Greene Media

STUYVESANT FALLS — A fire that heavily damaged a Stuyvesant Falls home and left its occupants homeless and killed one of their pets was ruled accidental.

The fire broke out at about 4:30 p.m. Saturday, Webster said. One of the family’s three cats perished in the fire, but the other two were found safe, he said.

A ceiling in the burning home collapsed on four firefighters as they battled the blaze. They were not injured and continued working, Stuyvesant Fire Chief Steve Montie said. There were no reported injuries to any firefighters.

The two women who live in the home were out when the fire started, Webster said.

Montie was first on the scene, reported there was a working structure fire and requested mutual-aid assistance from neighboring departments. He also called for a Battalion Four tanker response to get as much water to the fire as possible, he said Monday.

A tanker fill site was set up at a pond about a half-mile away on Route 25A.

Flames could be seen shooting through the roof of the one-story structure.

Fire officials said the flames were brought under control at about 6 p.m. Officials then began checking to make sure the fire had not spread any further. The home was heavily damaged, Montie said.

The residents will be staying with other family members until repairs can be made, Montie said.

National Grid responded to disconnect power to the home. The Columbia County Highway Department was requested to sand the road, which had become icy.

Seventy-five firefighters from 12 companies were on the scene, Montie said.

All fire departments were back in service at 7:23 p.m.