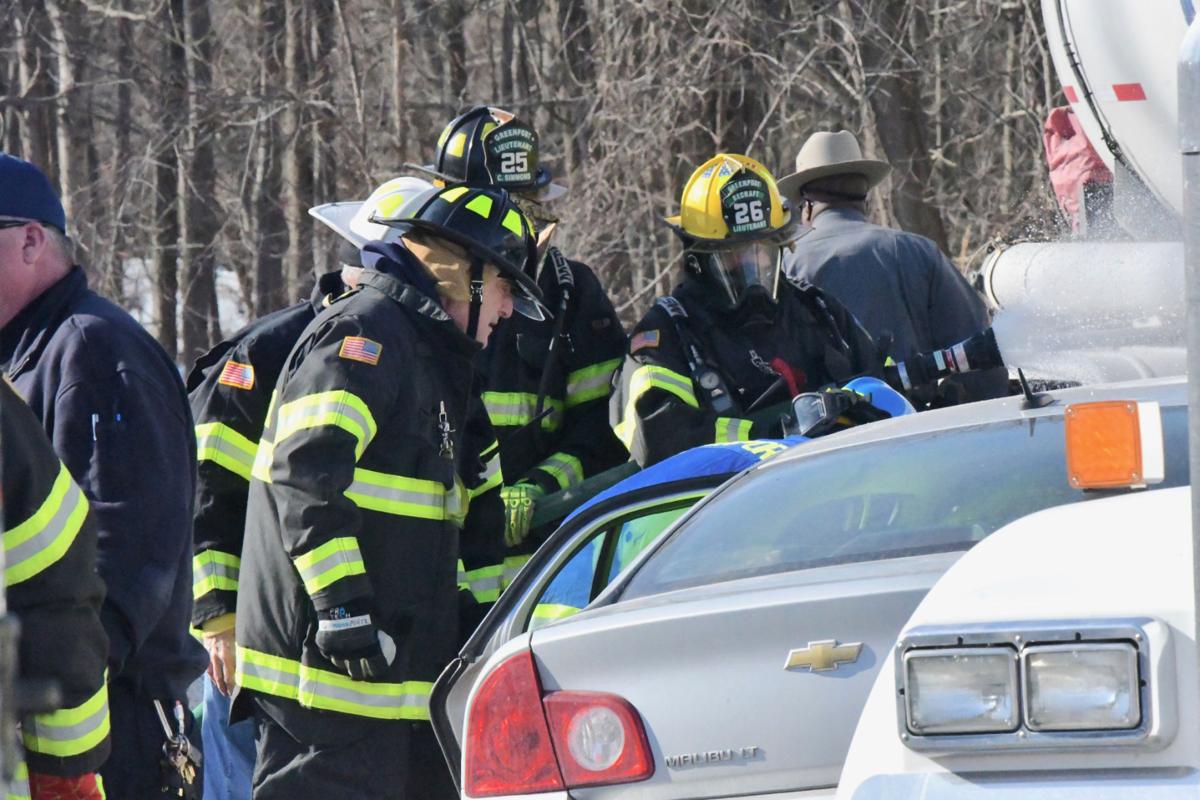 Lance Wheeler/For Columbia-Greene MediaFirst responders at the scene of an accident involved a car and a propane tanker Wednesday afternoon. 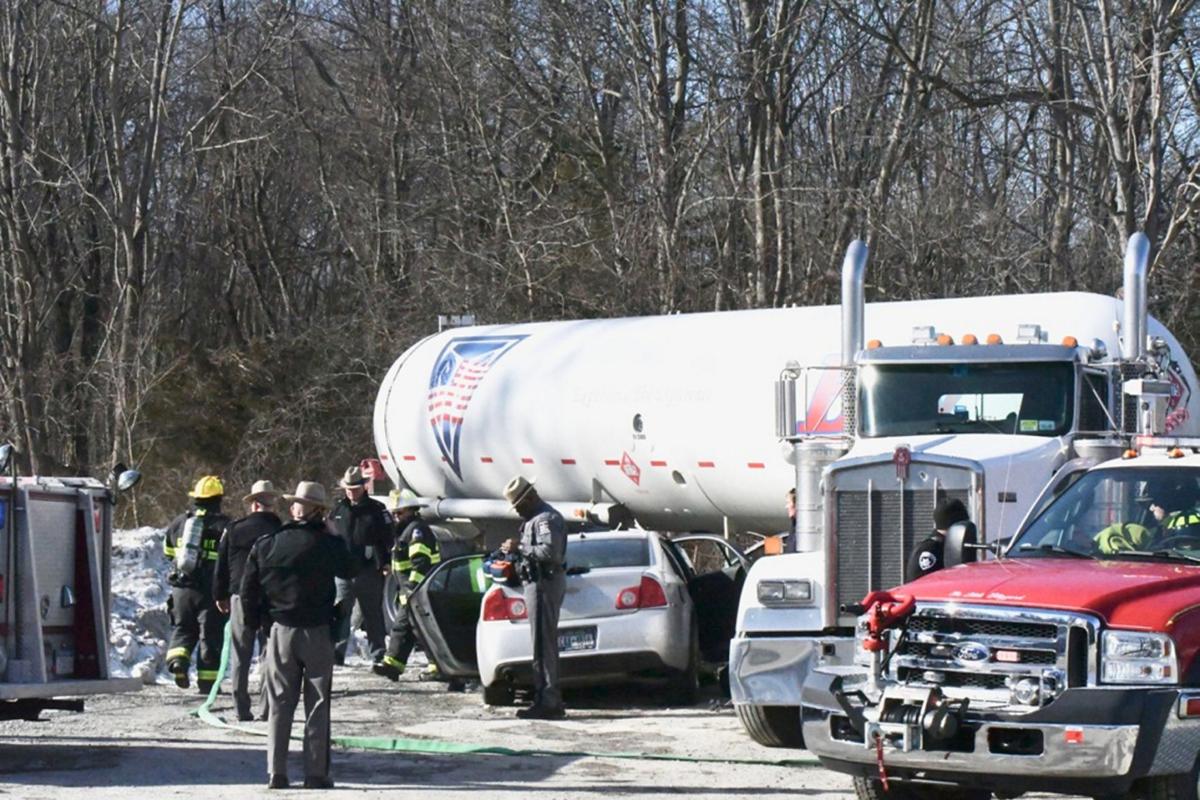 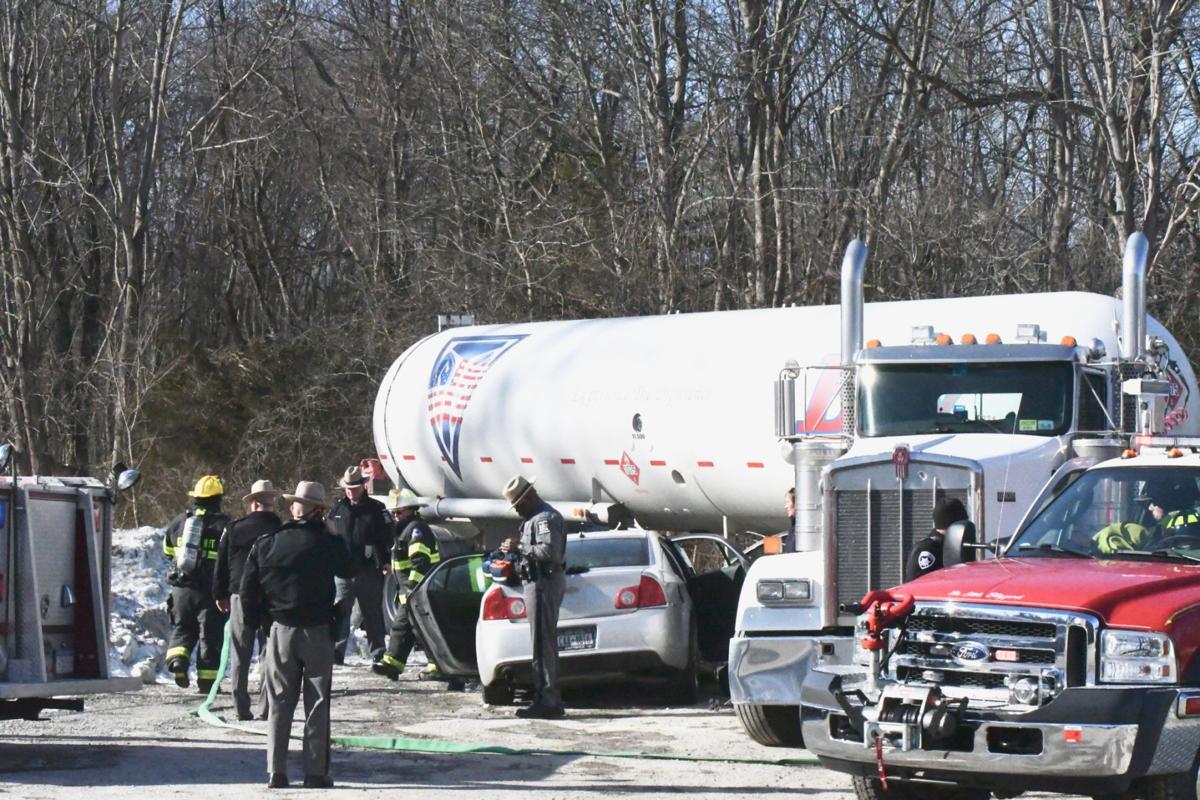 Lance Wheeler/For Columbia-Greene MediaFirst responders at the scene of an accident involved a car and a propane tanker Wednesday afternoon.

CLAVERACK — A collision involving a propane tanker truck and a car led to a Hudson woman being flown to Albany for medical treatment and the closure of a portion of Route 9H and 23 on Wednesday, state police said.

The accident occurred around 11 a.m., according to police

Troopers responded to Route 9H in front of Valley Energy in the town of Claverack. Initial investigation shows that the tractor-trailer traveling north and carrying propane was making a right-hand turn into Valley Energy and slammed into the woman’s car, according to state police.

Lynne Clark, 73, was traveling north in a 2010 Chevrolet Malibu, when, for unknown reasons, she failed to stop, state police said.

Clark was pinned inside her vehicle, according to state police.

Clark, who had to be extricated from the vehicle, sustained serious, but non-life-threatening injuries and was airlifted to Albany Medical Center, state police said.

State traffic officials warned motorists to avoid the area until the accident was cleared and the highway was reopened.

The road remained closed until about 2 p.m. Wednesday as crews attempted to seal the propane leak before the truck could be towed, Hicks said.

State police did not identify the driver of the tractor-trailer.

No tickets have been issued at this time, state police said.

Protecting Your Financial Health in These Uncertain Times

Fact vs. fiction: Drugs and alcohol in TV, movies and social media