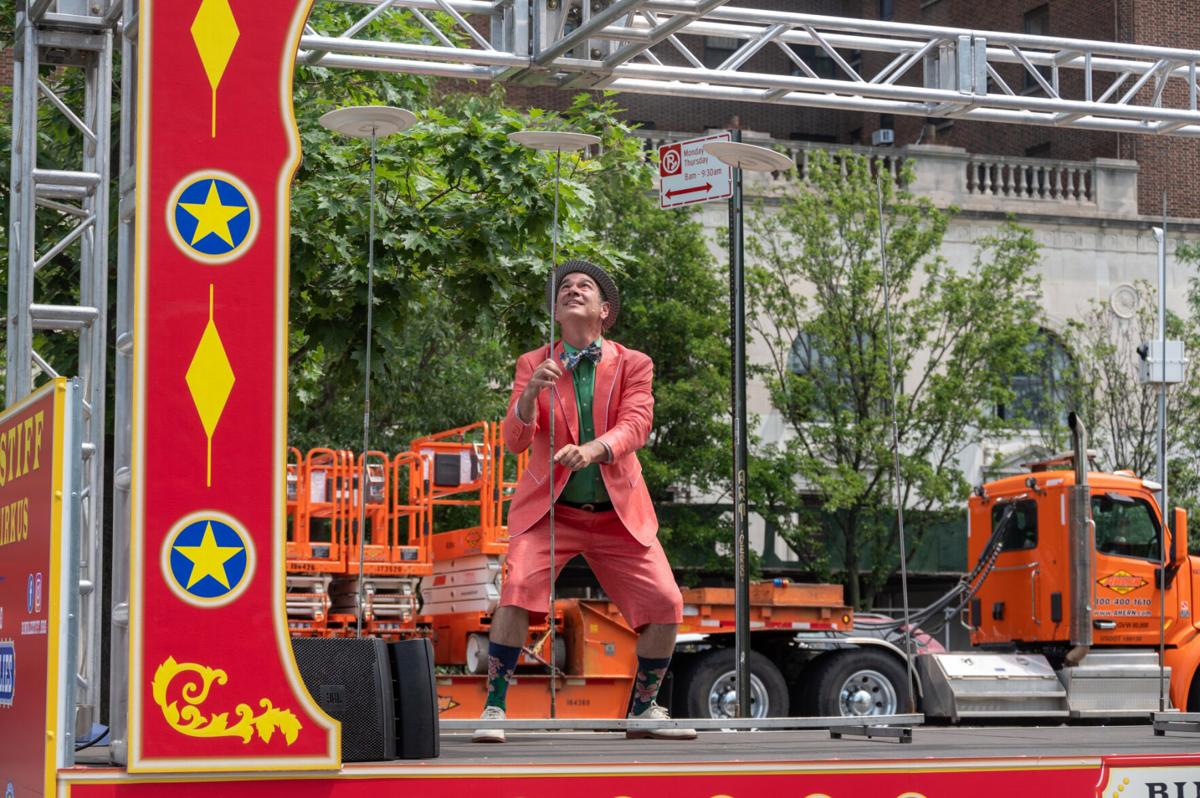 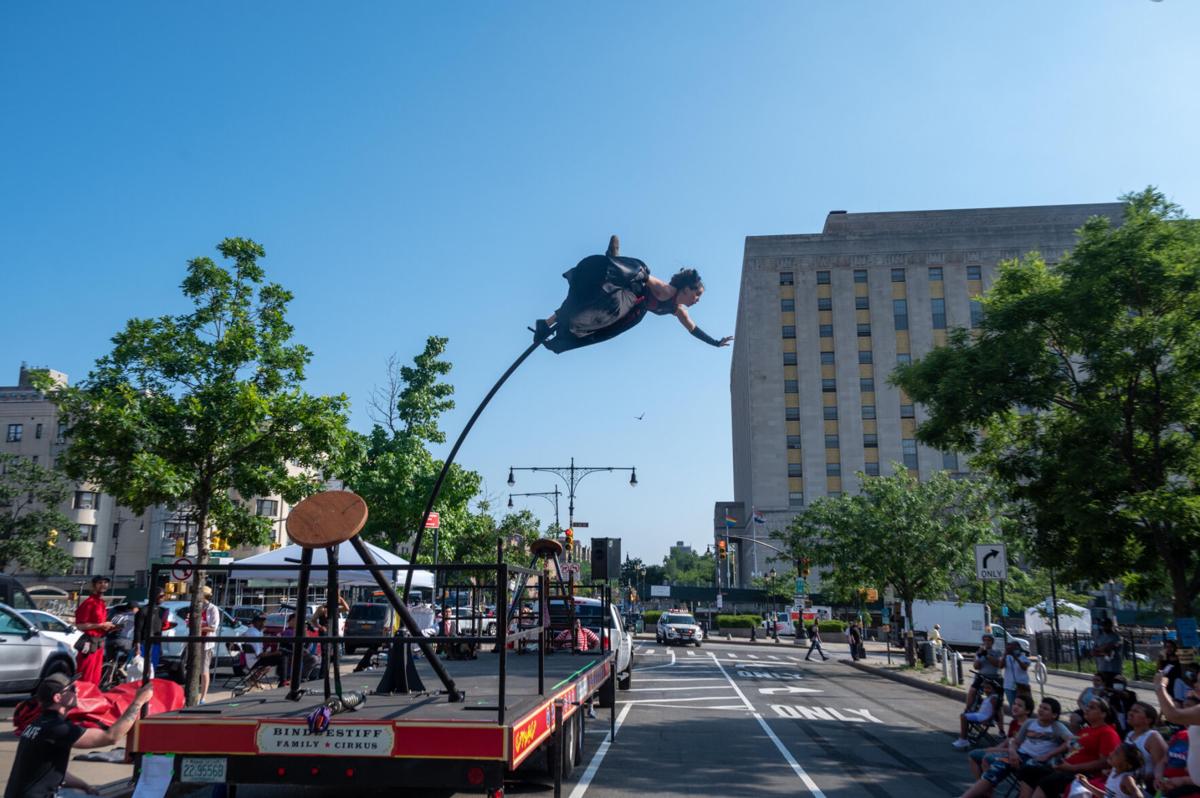 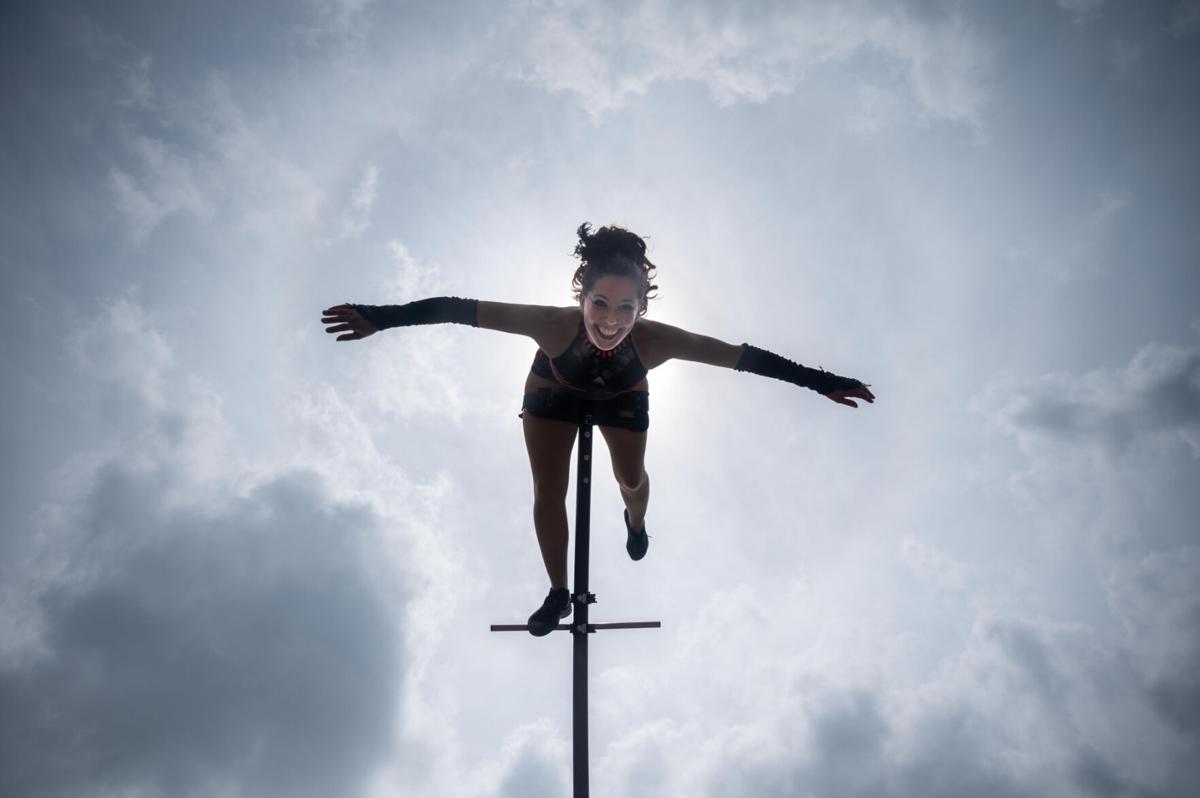 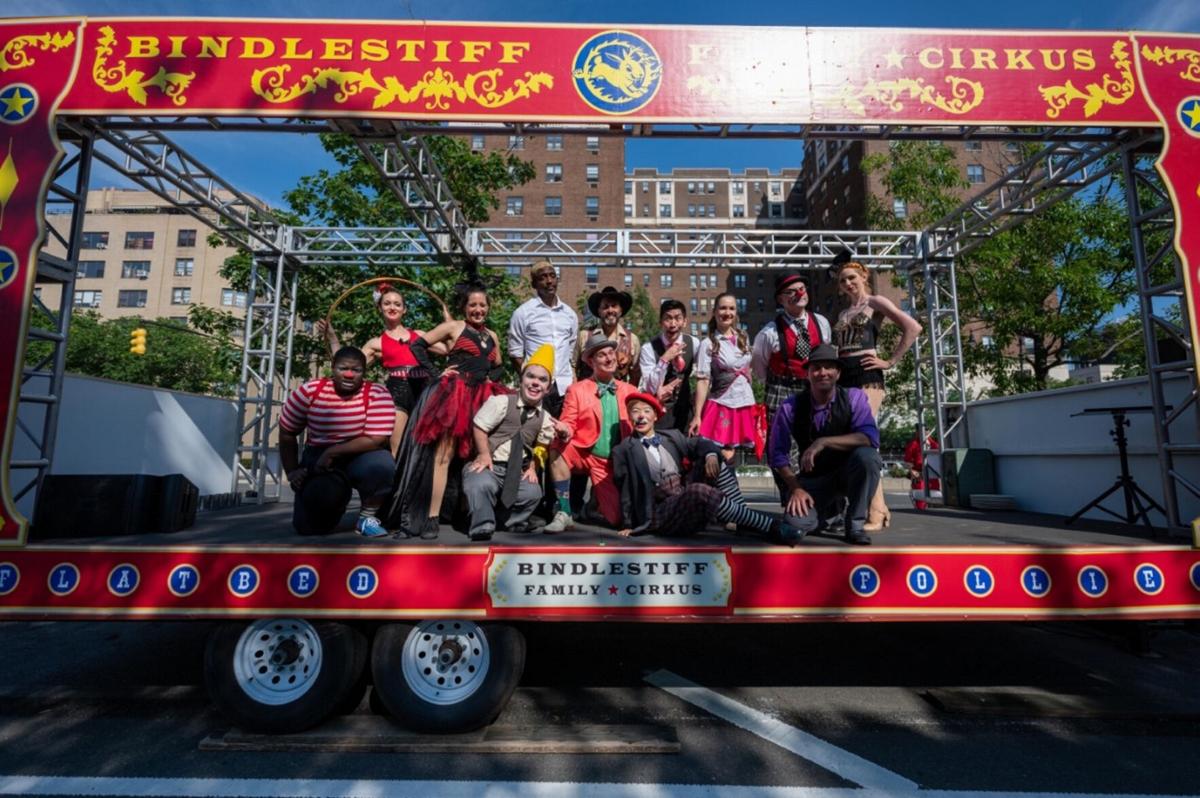 Bindlestiff Family Cirkus is planning free shows in Catskill with its flatbed set up. Contributed photo

Bindlestiff Family Cirkus is planning free shows in Catskill with its flatbed set up. Contributed photo

CATSKILL — For the first time, the Bindlestiff Family Cirkus will be clowning around for the residents of Catskill in a free show later this summer.

The Catskill Village Board of Trustees immediately approved the Cirkus’ request to host free shows at Dutchman’s Landing Park on Aug. 20. Stephanie Monseu, co-founder of Bindlestiff, said the company — which is based in Brooklyn and Hudson — received a grant that would fund the performances at no cost to the village.

“We’ve never done anything like this in Catskill ... so this is a free offer from the Bindlestiff family practice to our neighbors,” Monseu said.

The professional touring circus was founded in 1994 but has been based in Hudson and Brooklyn since 2005. Monseu said although the company has worked with childre in the area, they’ve never done a show like this in Catskill. The proposal was met with applause from at least 25 community members in attendance at the meeting.

New York City’s Department of Transportation and the Mayor’s Office of Media and Entertainment are supporting the Flatbed Follies series, which employs performers whose livelihoods were impacted by the pandemic, according to the company’s website. The floats will also visit all five boroughs of New York City to provide free entertainment this summer as part of this project, Monseu said.

“We are excited to see the return of outdoor performances in public spaces as the city continues to reopen and are proud to join the Department of Transportation in supporting the Bindlestiff’s Flatbed Follies events this summer,” the New York City Mayor’s Office of Media and Entertainment Anne del Castillo said in a press release. “These live events will bring the joy and theatrics of the circus to New Yorkers, while providing local talent, many of whom have been financially affected by COVID, the opportunity to be paid to perform for live audiences once again.”

Monseu said the shows will be held on the company’s flatbed trucks, which were created to be mobile shows during the pandemic. The flatbeds are parade float-style stages and are equipped to host clowns, jugglers, wire walkers, aerial acts and more, according to the Bindlestiff website.

The circus will have three performances, with one in late afternoon and two in the evening. Specific times have are to be determined, but the shows should be 45 minutes to an hour in length.

The shows will feature 14 performers and live circus music, Monseu said. No animals are included, and the company hopes to have an American Sign Language interpreter at the shows, she said.

Monseu said she hopes to include local vendors for items like popcorn and will sell merchandise.