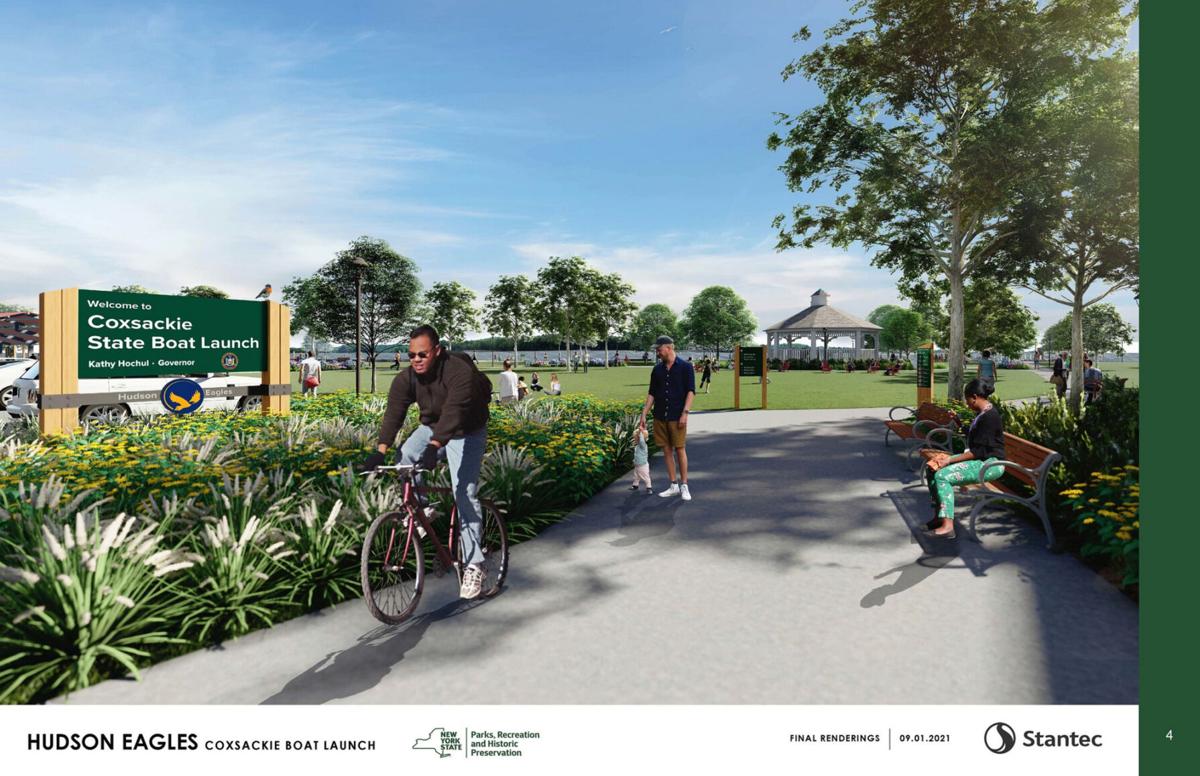 An artist’s rendering of the renovations slated for Coxsackie’s Riverside Park and the state boat launch. Contributed photo 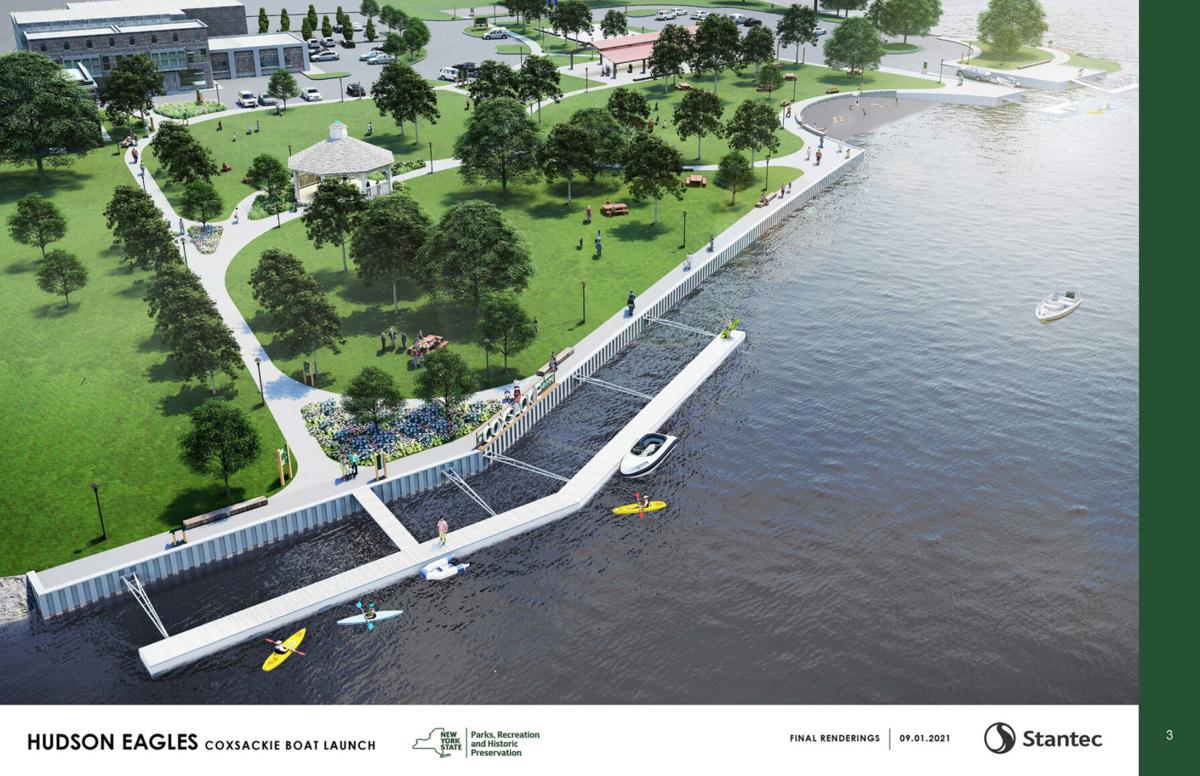 An artist’s rendering of Riverside Park from an aerial view after the state’s $3.2 million renovation project is completed. Contributed photo

An artist’s rendering of the renovations slated for Coxsackie’s Riverside Park and the state boat launch. Contributed photo

An artist’s rendering of Riverside Park from an aerial view after the state’s $3.2 million renovation project is completed. Contributed photo

COXSACKIE — Riverside Park is about to get a major facelift.

The state will pay for the project, which will be conducted by the New York State Office of Parks, Recreation and Historic Preservation, Mayor Mark Evans said.

The project will be the first state-owned boat launch to be renovated under the Hudson Eagles Recreation Area, an initiative aimed at improving public access to the Hudson River.

“The Upper Hudson River Estuary, a 60-mile stretch of the Hudson River from Albany to Kingston, is a globally significant ecological and recreation asset,” Hochul said in a statement Friday afternoon. “The Hudson Eagles Recreation Area offers the opportunity to create a destination unlike any other, a water-based linear park that will draw more people to the Hudson River and better connect communities to the waterfront and waterway travelers, starting with the village of Coxsackie.”

Improvements to the park and boat launch will include a new open-air pavilion; new trees, landscaping and seating; improved bicycle and pedestrian connections between the waterfront and downtown Coxsackie; sidewalks; signage; and renovations to the park’s basketball court, according to the governor’s office.

The park is scheduled to be closed Sept. 7, the day after Labor Day, for construction.

Work on the park is expected to be completed by spring 2022, according to the governor’s office.

“The village of Coxsackie is very pleased to see a much-needed renovation occur at Riverside Park,” Evans said. “The new pavilion, expanded dock space, kayak launch and improved walkways are just some of the items that residents have told us over the years that they would like to see added to the park.”

The Coxsackie Farmers Market, which is held Wednesdays in summer and early fall, will be moved to the parking lot of Village Hall, 119 Mansion St., for the remainder of the season, which concludes Sept. 29.

Riverside Park serves as the venue for numerous village activities.

“This will spur on the already successful weekly farmers market, Riverside Festival, weekly music in the park series and generate more boat and watercraft traffic to the docks and downtown,” the mayor said, adding the upgrades will provide for more access to the river and expanded use of the park for years to come.

“Now more than ever, we recognize the immense value of our parks and recreation spaces as areas that advance the health and well-being of our upstate communities and the overall economic and environmental vitality of our region,” Hinchey said.

“I am particularly excited about the addition of a pavilion that will give the park a greater ability to host farmers markets and other special events, giving the community opportunities to come together and see what local farmers, craftsmen and businesses have to offer,” Tague noted.

Other projects along the river are also in the works. The Ferry Landing Fishing Access Site on the other side of the Hudson River, in Stuyvesant, has just completed $900,000 in upgrades by the state, improving public access for fishing, according to the governor’s office.

Environmental advocates are pleased with the renovations along the river.

“These improvements, and similar projects planned for the upper Hudson River estuary, amount to a truly grand initiative by New York State Parks — to create the Hudson Eagles Recreation Area,” John Lipscomb, vice president for advocacy for Riverkeeper, said. “Once implemented, the Recreation Area will foster much greater access and public appreciation for the wild, northern third of the Hudson River Estuary. That, in turn, will build greater public awareness and support for much-needed environmental and ecologic protection.”

The Coxsackie project is part of the NY Parks 100 initiative, a $440 million capital investment over four years to address overcrowding, promote visitation by underserved communities, enhance local recreation and tourism, and protect environmental and historic assets, according to the state.