The Grand Rehabilitation and Nursing at Barnwell in Valatie. 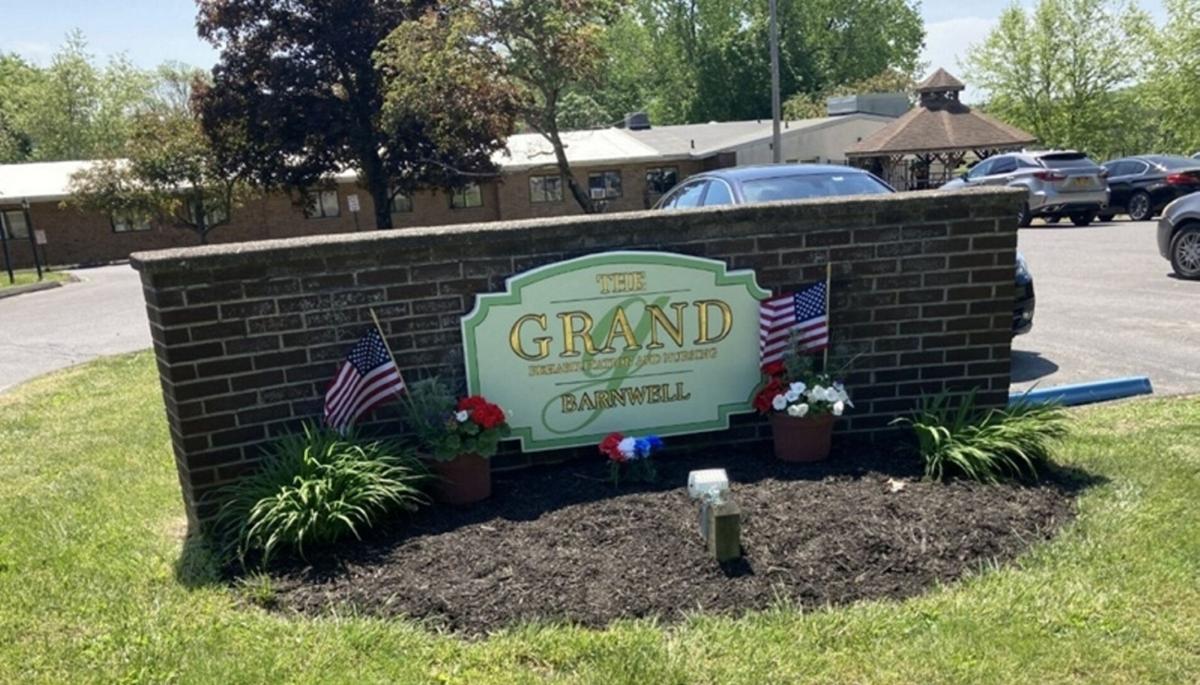 The Grand Rehabilitation and Nursing at Barnwell has a COVID outbreak.

The Grand Rehabilitation and Nursing at Barnwell in Valatie.

The Grand Rehabilitation and Nursing at Barnwell has a COVID outbreak.

VALATIE — More than 130 people at The Grand Rehabilitation and Nursing at Barnwell have tested positive for the coronavirus, county health officials said Wednesday.

The Columbia County Department of Health announced the facility had 37 staff members and 95 residents test positive for COVID-19.

“They really didn’t have that big a problem up until the 10th,” Columbia County Department of Health Director Jack Mabb said. “And they were doing their regular testing that they have to do and that’s when it shows an explosion.”

The earlier cases reported in this cluster among the staff go back to Jan. 1, Mabb said. This suggests the virus may have been introduced in the facility by a worker.

“Looking at the date of testing for residents and staff, you can see that this outbreak was pretty contained early on but just exploded among residents in the last few days,” Mabb said.

All staff at Barnwell is vaccinated, Mabb said. Fourteen of the 95 positive-tested residents had refused vaccination. Three of the positive residents are hospitalized and two of them are unvaccinated. None are in intensive care.

Congregate facilities such as nursing homes are the ideal places for this kind of rapid spread, Mabb said.

“The state requires they have to up their testing, I believe its twice a week,in order to keep track of the spread,” Mabb said.

The county Health Department is in the process of getting the mitigation plan from Barnwell, Mabb said.

“Very often these nursing homes concentrate positive people in one wing or on one floor,” Mabb said. “Barnwell has multiple floors so they could concentrate them on one floor. They can control the movement of staff as they move around the facility so they can try to keep it from spreading, and keep testing.”

Barnwell employs about 225 staff and is the largest congregate facility in Columbia County.

Barnwell had a previous COVID outbreak in the spring of 2020.

“This outbreak is smaller, but obviously it’s a different time, because most of these people are vaccinated,” Mabb said.

Pine Haven Nursing and Rehabilitation Center in Philmont had the first outbreak in the county, Mabb said. The early outbreak at Pine Haven had 51 positive cases and 12 deaths.

Barnwell’s current outbreak has not resulted in any deaths. Mabb said the role vaccines play is important in helping to curb death rates among positive cases.

“In the first instance what we heard directly from them was that they were short-staffed,” Mabb said. “So they were allowing staff to move around the facility — someone who’s assigned to this floor would go to another floor where they were needed. When you have 37 staff you do wonder if they’re not forced to do the same thing. If you need housekeeping, if you need an RN on another floor and you’re running short on staff, moving people around almost seems like it’s a necessary thing.”

Barnwell referred calls to their corporate headquarters and did not respond to calls for comment.

Columbia County also set a new record-high day for new positive cases Wednesday. The Department of Health reported another COVID-related death Wednesday morning, bringing the total in the county to 122 since the beginning of the pandemic.

Mabb said the county had 230 new cases Wednesday, the highest single-day total since the pandemic began. The Department of Health reported 266 cases that occurred between Sunday and Monday.

“Most of the cases from Jan. 10 are probably in the 230 cases for today,” Mabb said. “A good chunk of the cases today are Barnwell residents.