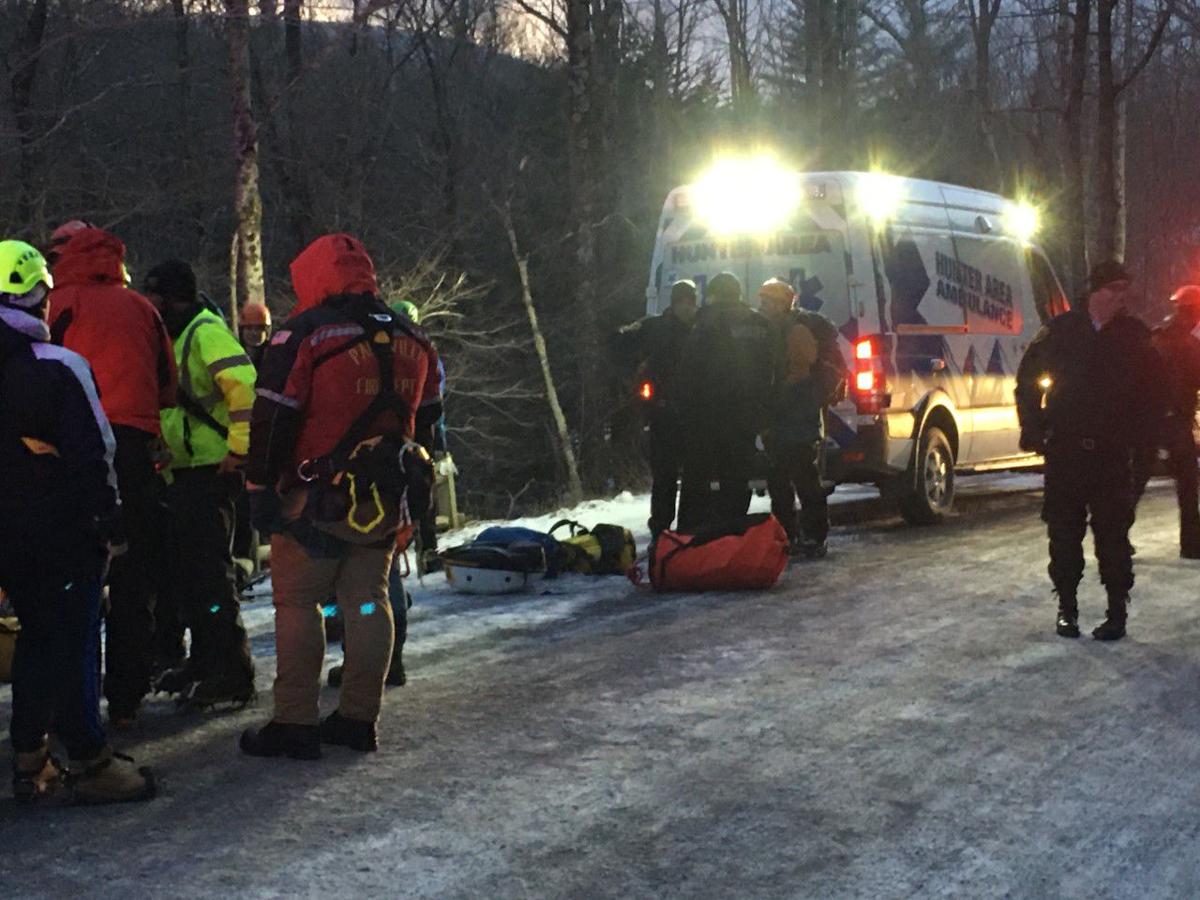 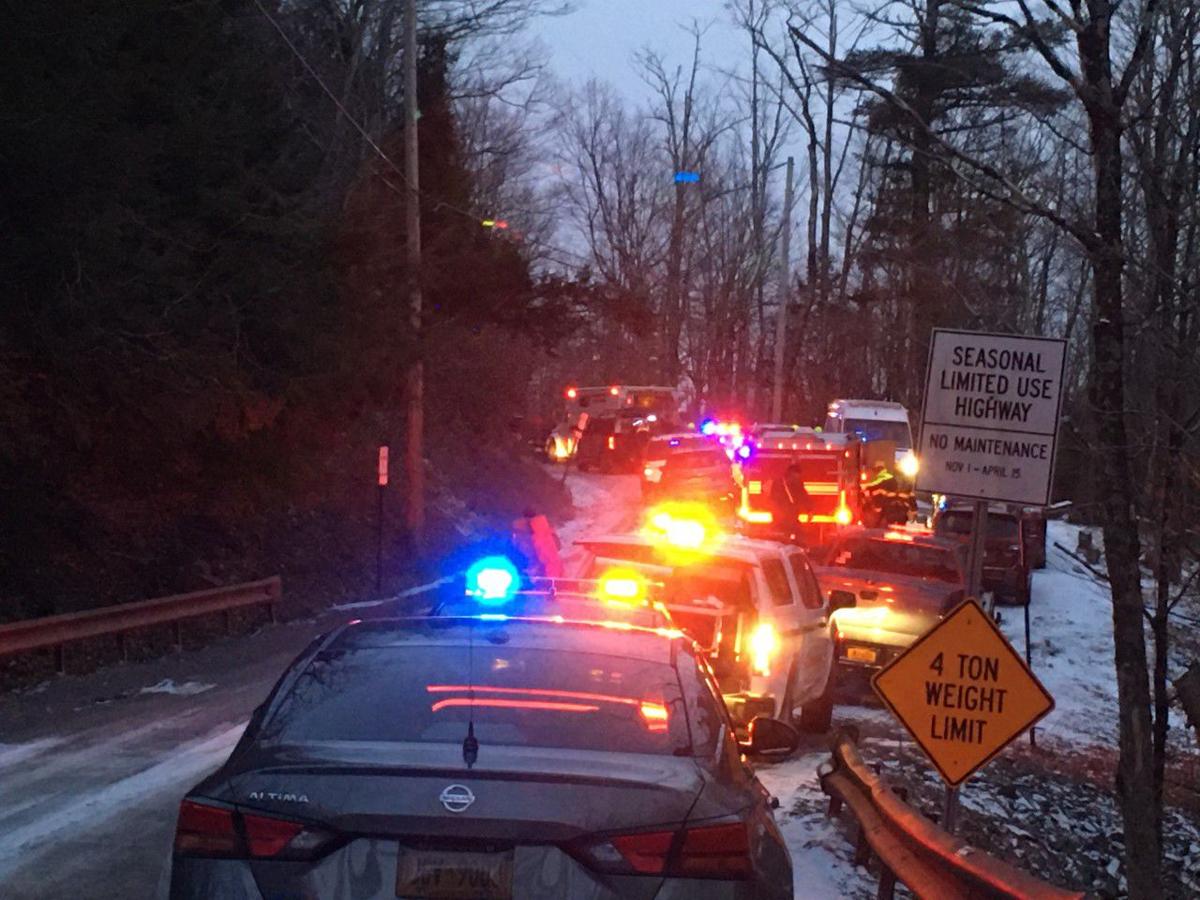 HUNTER - A hike Saturday afternoon turned deadly in Greene County when an 11-year-old boy died after falling from a trail, said Greene County Sheriff Pete Kusminsky.
The boy, who was with a group of hikers, had fallen at about 3 p.m. in an area off of Platte Clove Road where Tannersville Fire and Rescue  responded, according to the Greene County Sheriff's Office.
The hikers were on a trail called "The Dark Side," which is about 3/4 of a mile in from Platte Clove Road, according to sheriff's officials. The trail was very icy and special foot gear was needed to hike the trail, according to the Sheriff's Office.
Rescuers needed to propel down to the location where the boy fell, according to rescue crews on the scene.
At about 6:30 p.m., first responders did not believe they could to bring the boy out from the trail Saturday night because of conditions on the trail, Kusminsky added.
A LifeNet helicopter arrived in a field about a half-mile down Platte Clove Road, but was not needed.
In addition to the Greene County Sheriff's Office, State Police, Hunter Police, state Forest Rangers, Hunter Ambulance, Palenville firefighters, and the Twin Cloves rope rescue team responded to the scene.
Check back for more on this story.

RIP, prayers for family and friends. Let's all keep our comments without criticism and show the reading public what the Hudson Valley is made of.