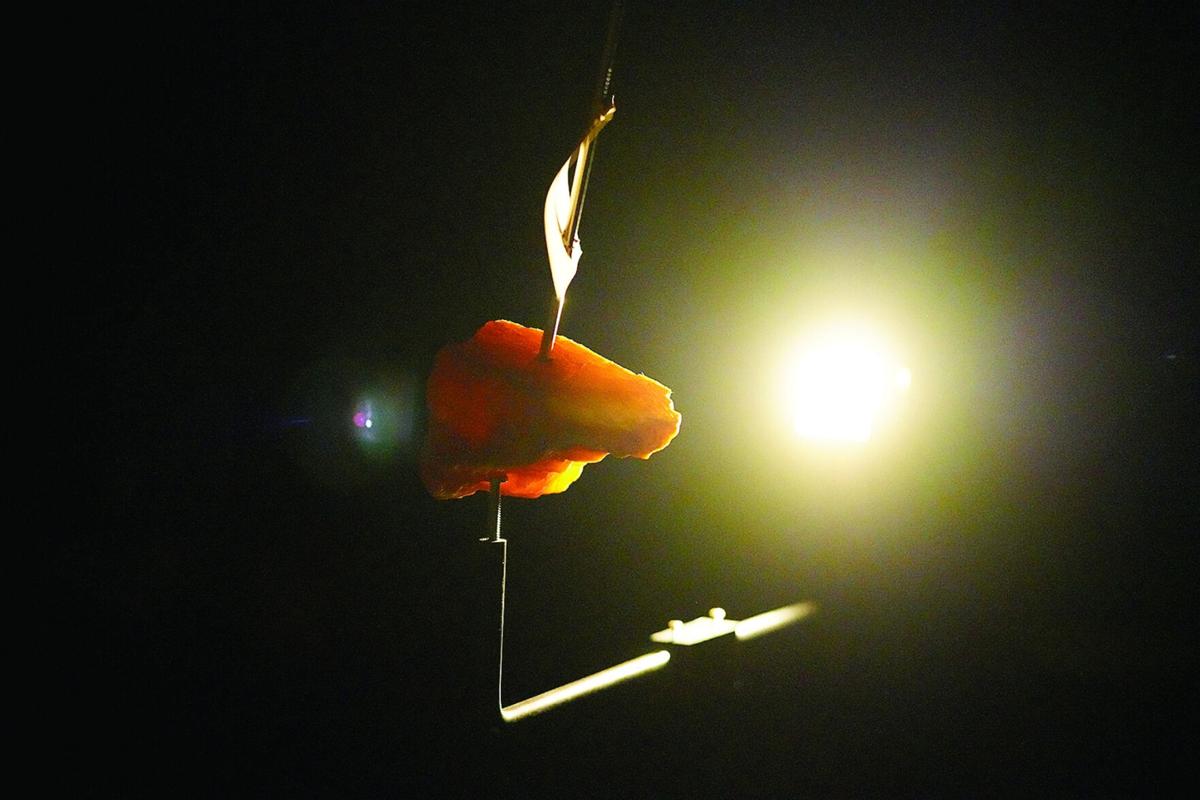 Glenn Kaino: In The Light of a Shadow

Exhibition reflects on the legacies of two “Bloody Sundays” in order to explore the global interdependence of social justice.

NORTH ADAMS, Mass. — The Massachusetts Museum of Contemporary Art (MASS MoCA) is pleased to announce Glenn Kaino: In The Light of a Shadow from April 3, 2021 through September 4, 2022. Curated by Denise Markonish, the show will take over MASS MoCA’s signature Building 5 galleries, with a series of immersive installations that create a sense of wonder and hope while issuing an urgent call to action.

In the Light of a Shadow is inspired by the connection between protests across the globe, specifically those in response to the tragic events known as “Bloody Sunday” from Selma, Alabama and Derry, Northern Ireland. On March 7, 1965, in Selma, Alabama, John Lewis and Hosea Williams led 600 protestors in a march over the Edmund Pettus Bridge in a nonviolent action intended to spotlight civil rights violations, while also demanding voting rights. The peaceful protestors were attacked by troopers with tear gas, beaten, and many were hospitalized. On January 30, 1972, 15,000 protestors marched from Bishop’s Field in Derry, Northern Ireland, in protest of violations of civil rights by the British government. The British military opened fire, killing and injuring dozens. In Ireland, this date is also referred to as “Bloody Sunday” and has been memorialized by U2 through their iconic 1983 song.

Glenn Kaino says, “This show is the result of years of research, community engagement, and conversations with the Museum. It has been a process of discovery and reinvention as both the idea and form of the exhibition have evolved over the past several months. And just as we couldn’t imagine the state of the world when we began five years ago, we hope that the work on display inspires viewers to think differently about where we’re headed next.

The exhibition will span the entirety of the football field-sized Building 5. As visitors enter, their view of the space will initially be hidden by a small room containing a sculpture that is seemingly aflame. The allusion to fire is one that holds many reference points at the present, from the burning forests of California as a result of climate change to the fires of Ferguson in protest of police violence.

Installations include a sculpture inspired by the form of the Shadow V, the fishing boat in which Lord Mountbatten was assassinated by the IRA in 1979, a dramatic terrorist event that hardened lines in the Northern Ireland “Troubles.” The sculpture of the ship contorts into the shape of an ouroboros and crashes into itself, referencing the cyclical challenge of revolution and protest. The recreated ship is surrounded by an elevated, 100-feet long pathway that bisects what appears to be a levitating galaxy floating in the darkness. This composition is made of thousands of rocks resembling an asteroid field or a meteor shower while also recalling rocks thrown in protest. Many feature miniature sails made from postcards, turning them into a fleet of ships and transforming street detritus into vessels of memory and promise. The rocks come to life further as lights in the room reveal shadows across the walls, looming above and revealing images of protesters holding signs projected from within.

The exhibition also features Revolutions, a circular sculpture Kaino created from a series of suspended metal bars. Each bar is sectioned into varying lengths and tuned to play a specific musical note when hit with a baton. Struck in sequence, the bars play the melody from U2’s “Sunday Bloody Sunday.” Also on view will be the video that Kaino created for the song with Deon Jones, a long-time collaborator. While peacefully protesting in Los Angeles after the death of George Floyd, Jones was shot in the face by police at close range with a rubber bullet. Looking for a way to process the trauma, and create a rallying cry, Jones and Kaino recorded the video days after Jones was released from the hospital, emphasizing the refrain: “How long must we sing this song?”

Lastly, in the gallery’s upper mezzanine, Kaino grants us a moment for the contemplation of hope, and a path towards recovery and regeneration in the form of a Zen garden seemingly levitating off the floor. Sitting on the platform is a series of cloud chambers—devices that create conditions allowing for invisible cosmic particles to be seen by the naked eye—as well as more rocks. This time, though, the rocks are not thrown in protest nor are they ships, or shadows, instead, almost impossibly, plants grow from the crevices of these inert stones. Growth, hope, and the visible invisible are now possible in the light of the shadow.

In the Light of a Shadow will be accompanied by the first comprehensive catalogue centered on Kaino’s work, titled This Book is a Promise and published by MASS MoCA and DelMonico Books/DAP. Kaino will also launch Ships, a digital discursive platform associated and driven from the core concerns of Kaino’s Studio, in tandem with the exhibition. It is both an artwork itself and also an agent of contextualization, created to expose and distribute the substantial research, writing, and learnings from which each studio project has evolved. Additional programming will be announced during the exhibition’s run.