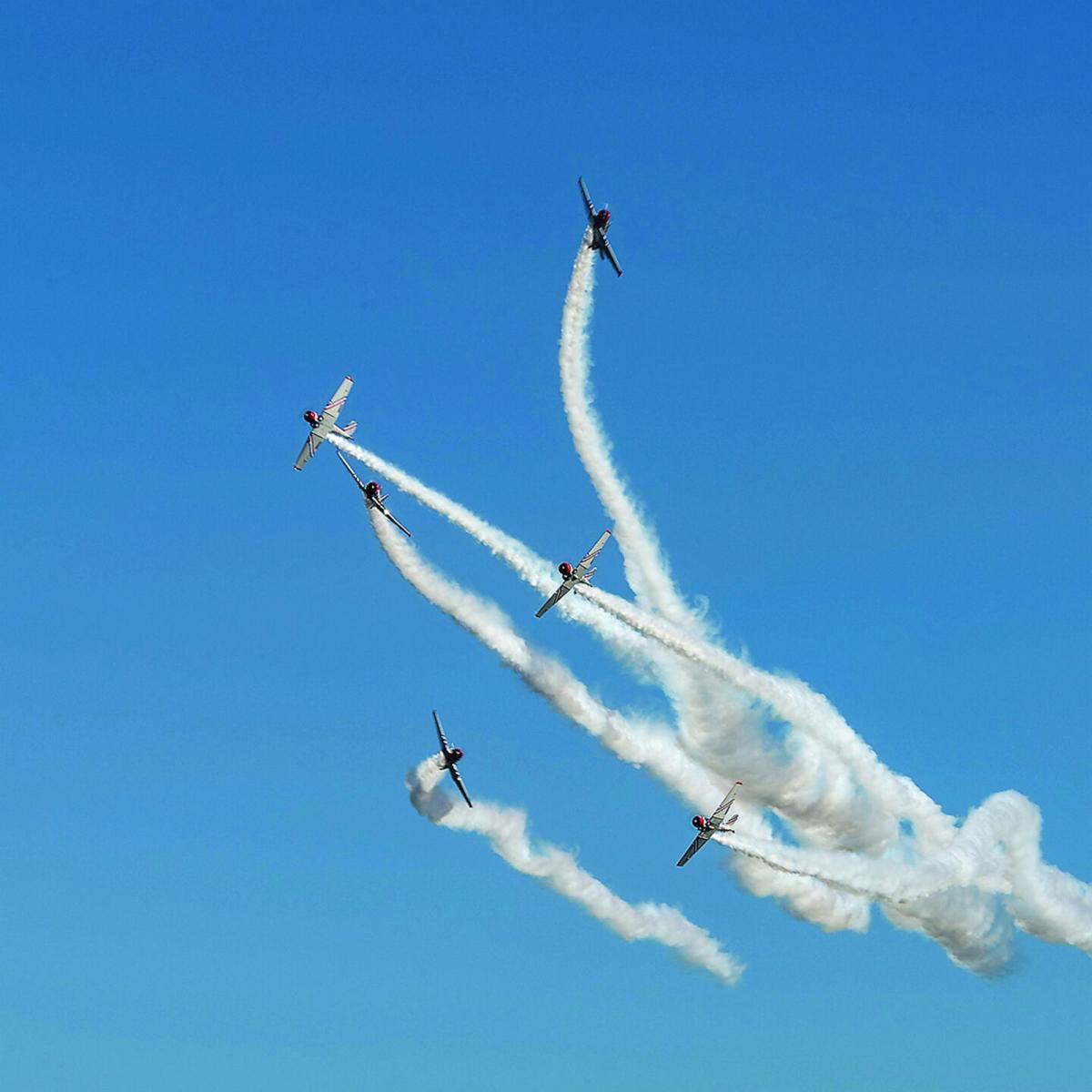 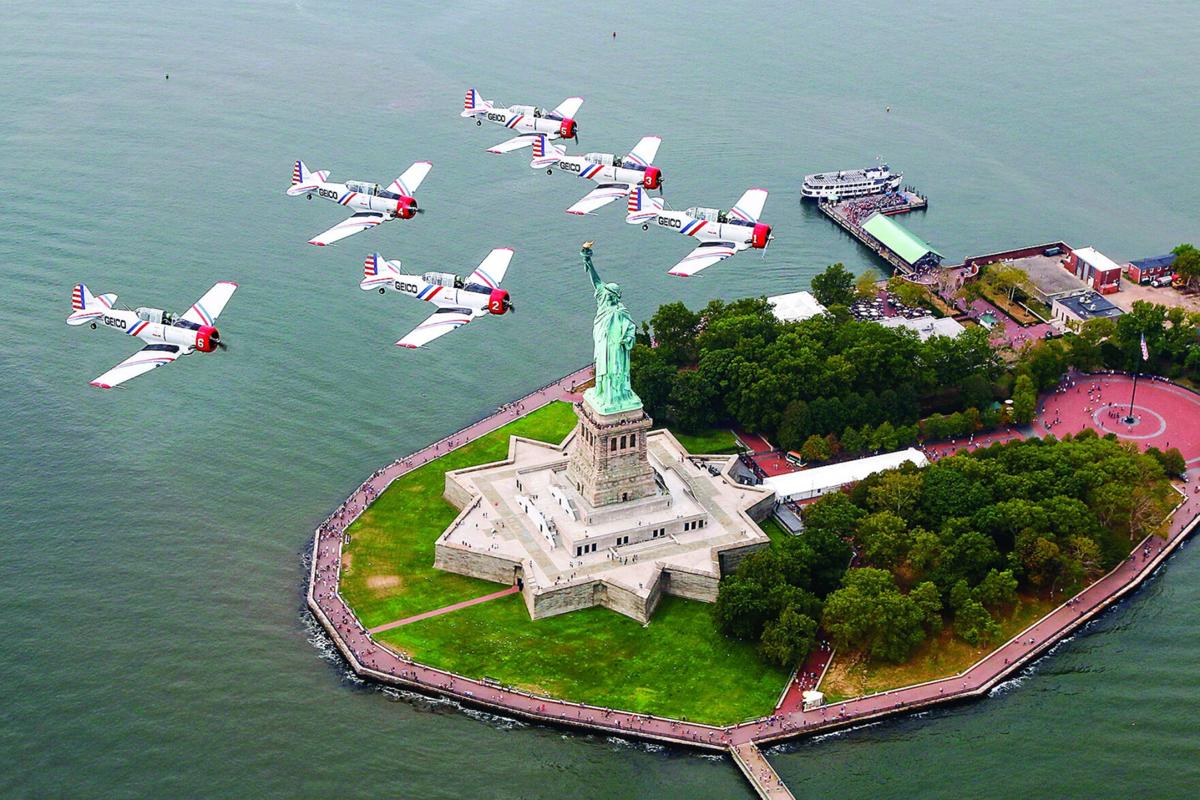 The GEICO Skytypers fly six SNJs powered by 600-horsepower Pratt and Whitney engines. As training aircraft, the SNJ can perform all the maneuvers of a fighter plane, but at slower speeds. A majority of the team’s low-level flying demonstration takes place in front of the crowd. The historic sound of the vintage engines fills the air as the team demonstrates more than 20 different tactical maneuvers during its 18-minute, low-level flying demonstration.

The team also creates giant skytyped messages utilizing a unique technology only used by a few organizations in the world. Flying five aircraft in a tight, line-abreast formation, the planes coordinate in typing messages with environmentally friendly puffs of white smoke. A computer located in the lead aircraft utilizes a custom programmed tablet to send commands to the other planes via radio signals. The result is astonishing to behold. Messages can be seen from 15 miles away in any direction with 20-25 characters generated in less than two minutes. Individual letters can be as tall as the Empire State Building.

New York International Air Show returns Aug. 28-29 for two days of family fun featuring a lineup of world-class military and civilian performers. The U.S. Air Force Thunderbirds will cap off the show with a thunderous performance demonstrating the capabilities of current generation fighters. Spectators can witness the amazing capabilities of the team’s signature red, white, and blue F-16 aircraft known as the “Fighting Falcon.”

For more information on the air show and VIP tickets, visit https://airshowny.com/

Organizations interested in partnering with the GEICO Skytypers can request an appearance by emailing the team’s public affairs contact at blittle@bbigmarketing.com.