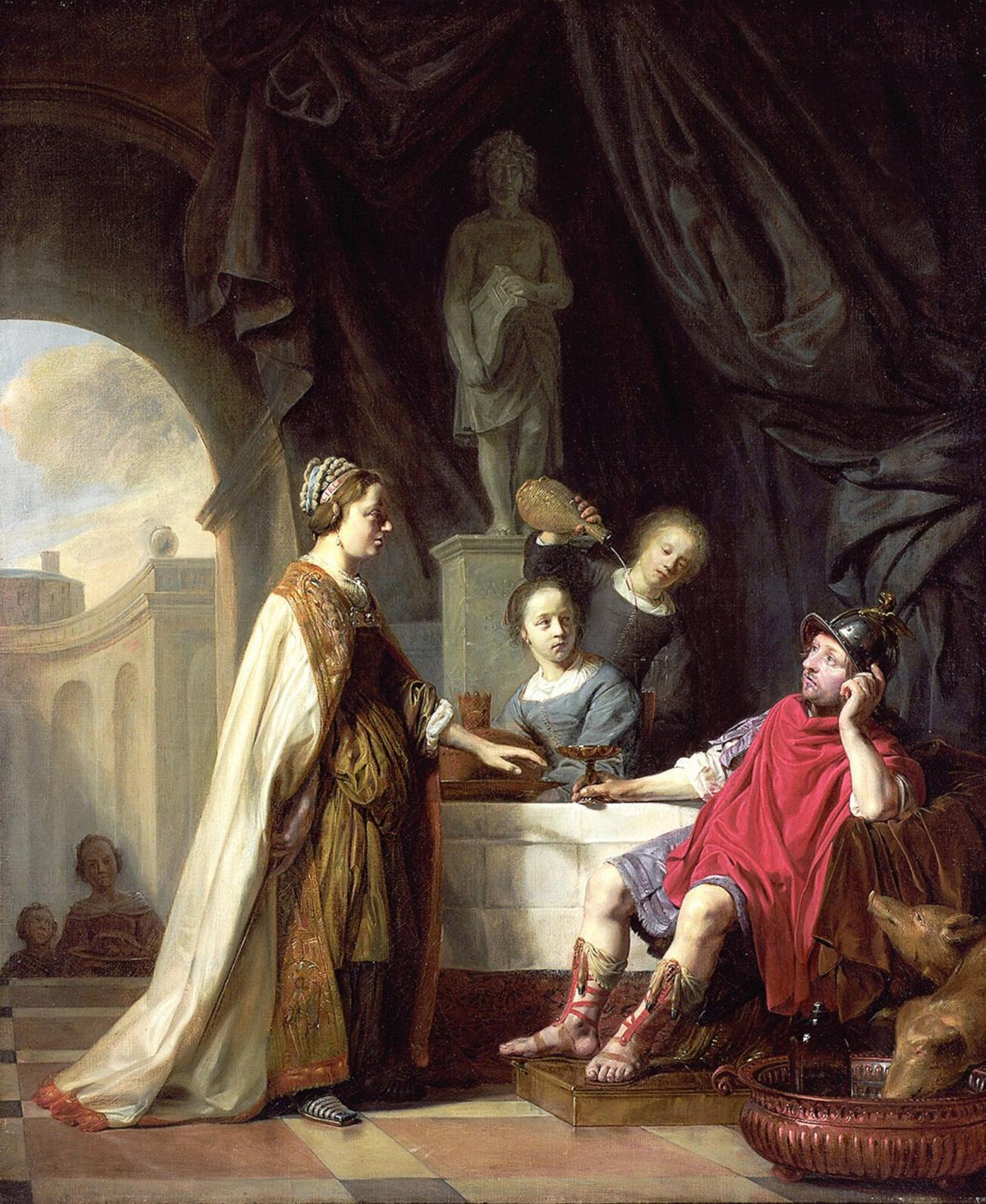 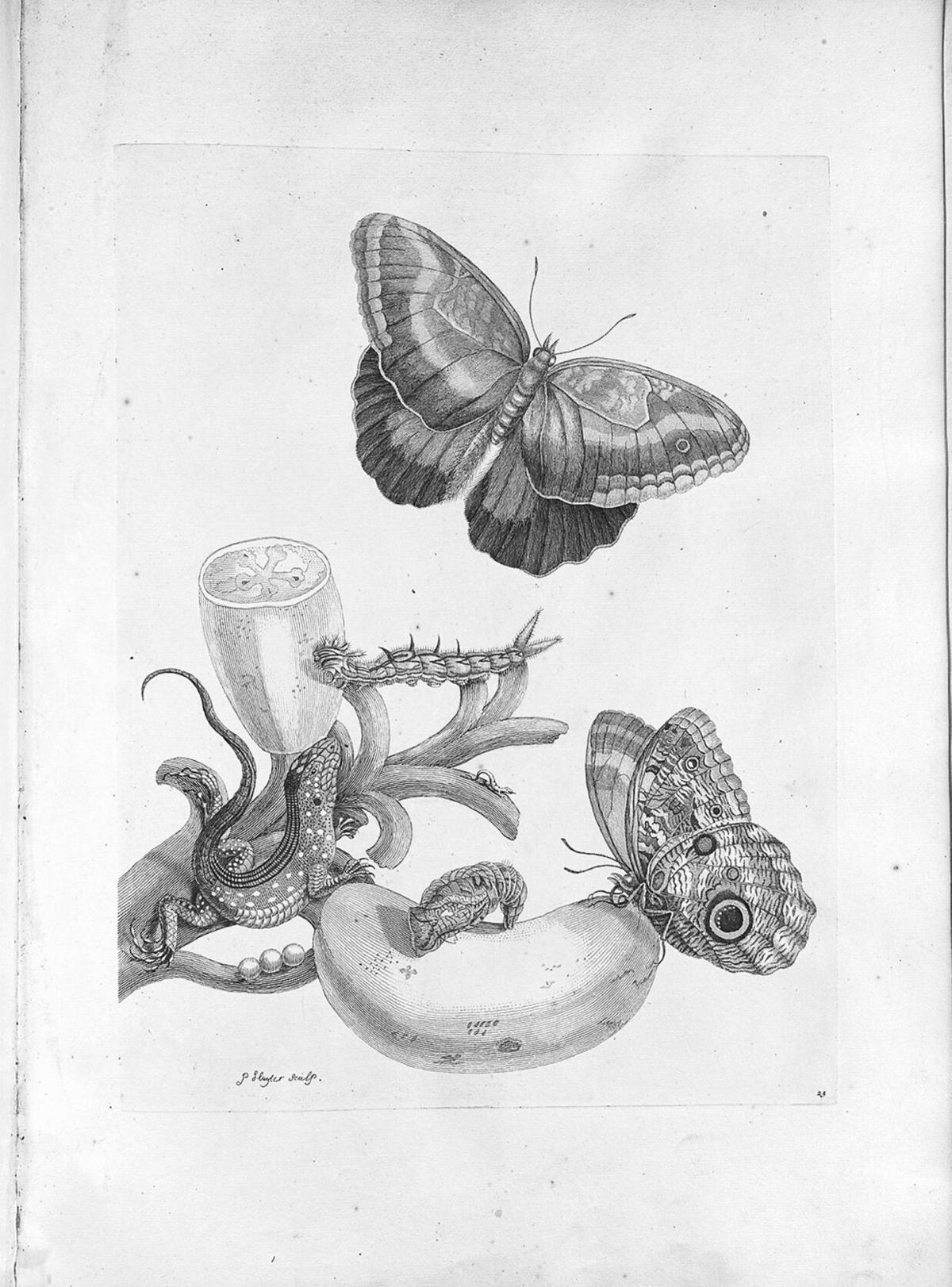 The exhibition, curated by Dr. Elizabeth Nogrady, Andrew W. Mellon Curator of Academic Programs at the Loeb, and Dr. Lara Yeager-Crasselt, Curator of The Leiden Collection, brings together approximately twenty paintings, drawings, prints, specimens, and illustrated books to explore the rich and varied concept of “metamorphosis” in the late seventeenth-century Netherlands. With links to art, myth, science, and the exchange of knowledge, metamorphosis provides a vital lens through which to explore and understand an evolving early modern world.

Changing Forms focuses on the idea of metamorphosis at a dynamic moment in the late 1600s, when the notions of myth, art, and science converged in new, urgent ways. Painters such as Godefridus Schalcken, Willem van Mieris, and Samuel van Hoogstraten created their own mythological imagery with the more refined and elegant language of classicism. This tradition will be demonstrated in the exhibition by works such as Samuel van Hoogstraten’s Salmacis and Hermaphroditus (ca. 1671–76), which has never before been shown in a museum exhibition, as well as paintings of the goddess Diana by Godefridus Schalcken and Willem van Mieris, all on loan from The Leiden Collection, the preeminent private collection of Dutch art in the United States.

A centerpiece of the exhibition is Willem van Mieris’ Portrait of Dina Margareta de Bye (1705) from The Leiden Collection, which represents this learned woman from Leiden with flowers, shells, paintbrushes, and a painting of a butterfly that closely resembles a page from Merian’s text. It thus exemplifies the fascinating intersection of art, nature, and metamorphosis that unites the exhibition.

The exhibition will be accompanied by an exhibition catalogue published by the Loeb Art Center with new scholarship on these themes by Elizabeth Nogrady, Lara Yeager-Crasselt, and Ronald Patkus.

Stephanie McCarter, Professor of Classical Languages at Sewanee, The University of the South will discuss her new translation of Ovid’s Metamorphoses, forthcoming from Penguin Classics

A Taste for Change: Towards an Early Modern Aesthetics of Transformation

The Frances Lehman Loeb Art Center was originally established in 1864 as the Vassar College Art Gallery. The current 36,400-square-foot facility, designed by Cesar Pelli and named in honor of the new building’s primary donor, opened in 1993. Vassar was the first U.S. college founded with an art museum as a part of its original plans, and at any given time the galleries of the Loeb feature works from its extensive collections. The Loeb’s collections chart the history of art from antiquity to the present and comprise over 22,000 works, including paintings, sculptures, drawings, prints, photographs, and ceramic wares. Notable holdings include the Warburg Collection of Old Master prints, an important group of Hudson River School paintings given by Matthew Vassar at the college’s inception, and a wide range of works by major European and American 20th-century artists.

Admission to the Frances Lehman Loeb Art Center is free and all galleries are wheelchair accessible. The Loeb is now open to the public Tuesday to Sunday from 10am to 5pm and Thursdays until 7pm. The Loeb is located at 124 Raymond Avenue near the entrance to the Vassar College campus. parking is available on Raymond Avenue. Directions to the Vassar campus in Poughkeepsie, NY, are available https://www.vassar.edu/tour-the-hudson-valley

The Art Center is also accessible via the Dutchess County Public Transit, Bus Route L. For additional information, the public may call (845) 437-5632 or visit fllac.vassar.edu.

We acknowledge that Vassar stands upon the homelands of the Munsee Lenape, Indigenous peoples who have an enduring connection to this place despite being forcibly displaced by European colonization. Munsee Lenape peoples continue today as the Stockbridge-Munsee Community in Wisconsin, the Delaware Tribe and the Delaware Nation in Oklahoma, and the Munsee-Delaware Nation in Ontario. This acknowledgment, however, is insufficient without our reckoning with the reality that every member of the Vassar community since 1861 has benefited from these Native peoples’ displacement, and it is hollow without our efforts to counter the effects of structures that have long enabled—and that still perpetuate—injustice against Indigenous Americans. To that end, we commit to build and sustain relationships with Native communities; to expand opportunities at Vassar for Native students, as well as Native faculty and other employees; and to collaborate with Native nations to know better the Indigenous peoples, past and present, who care for this land.