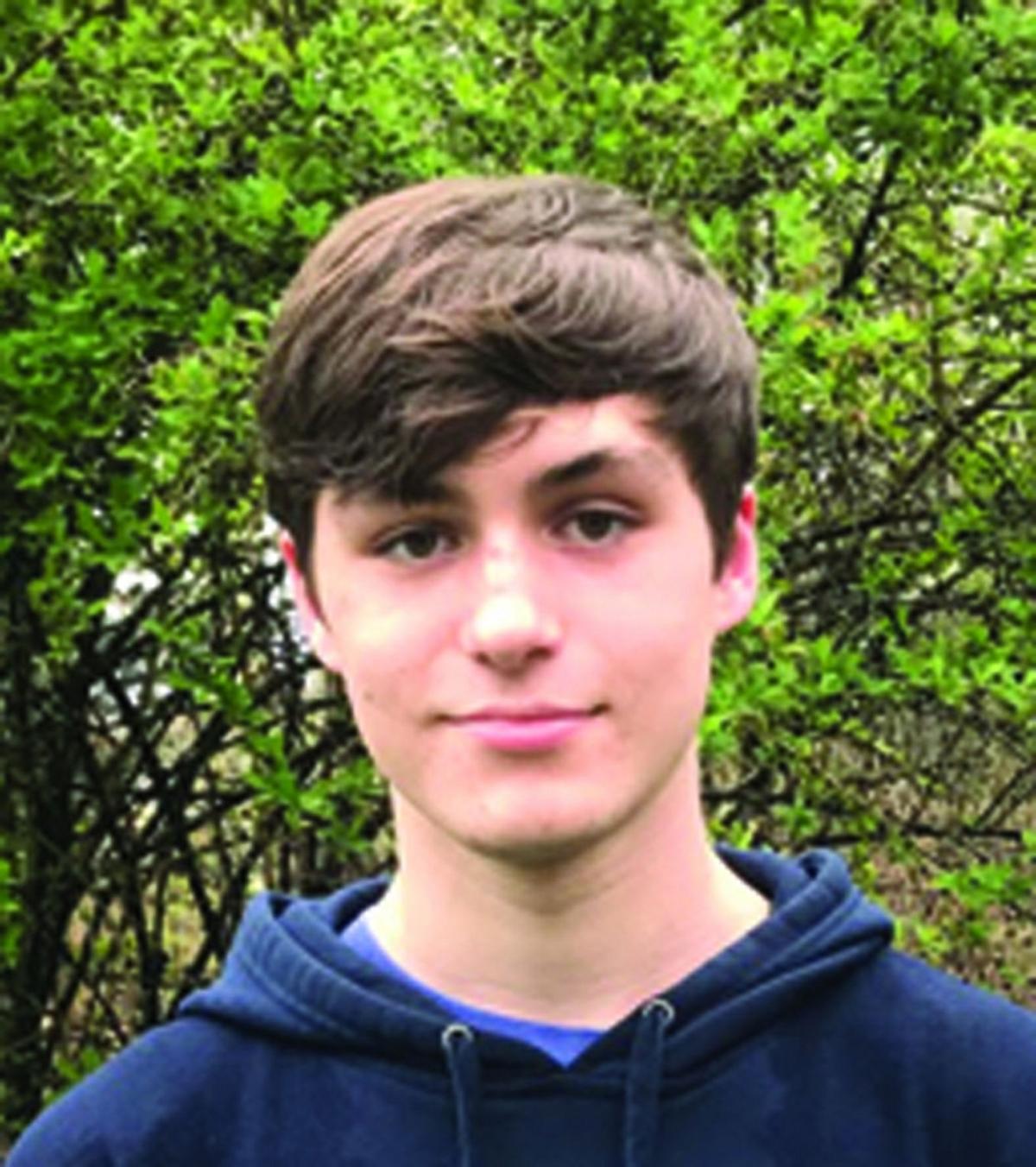 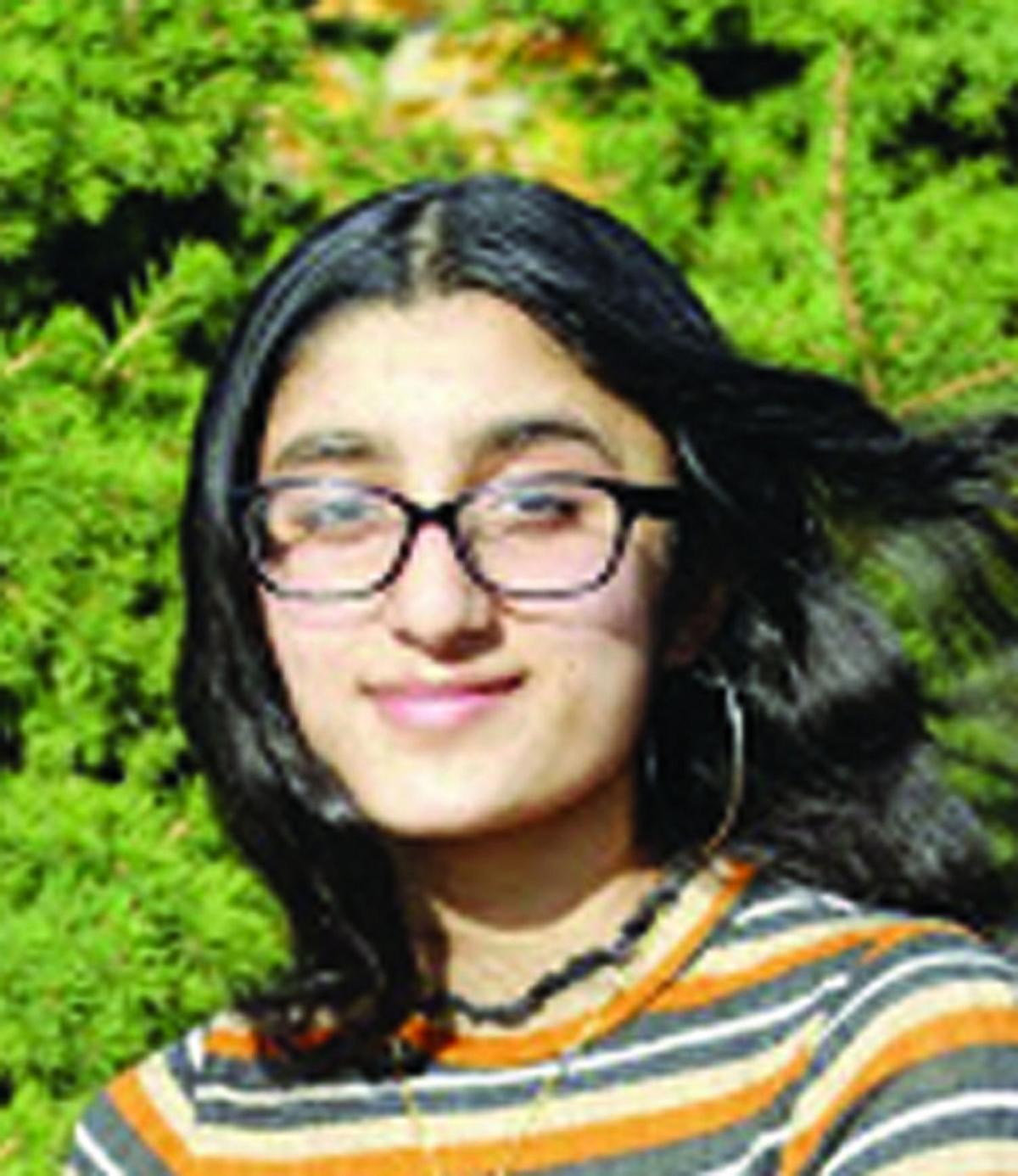 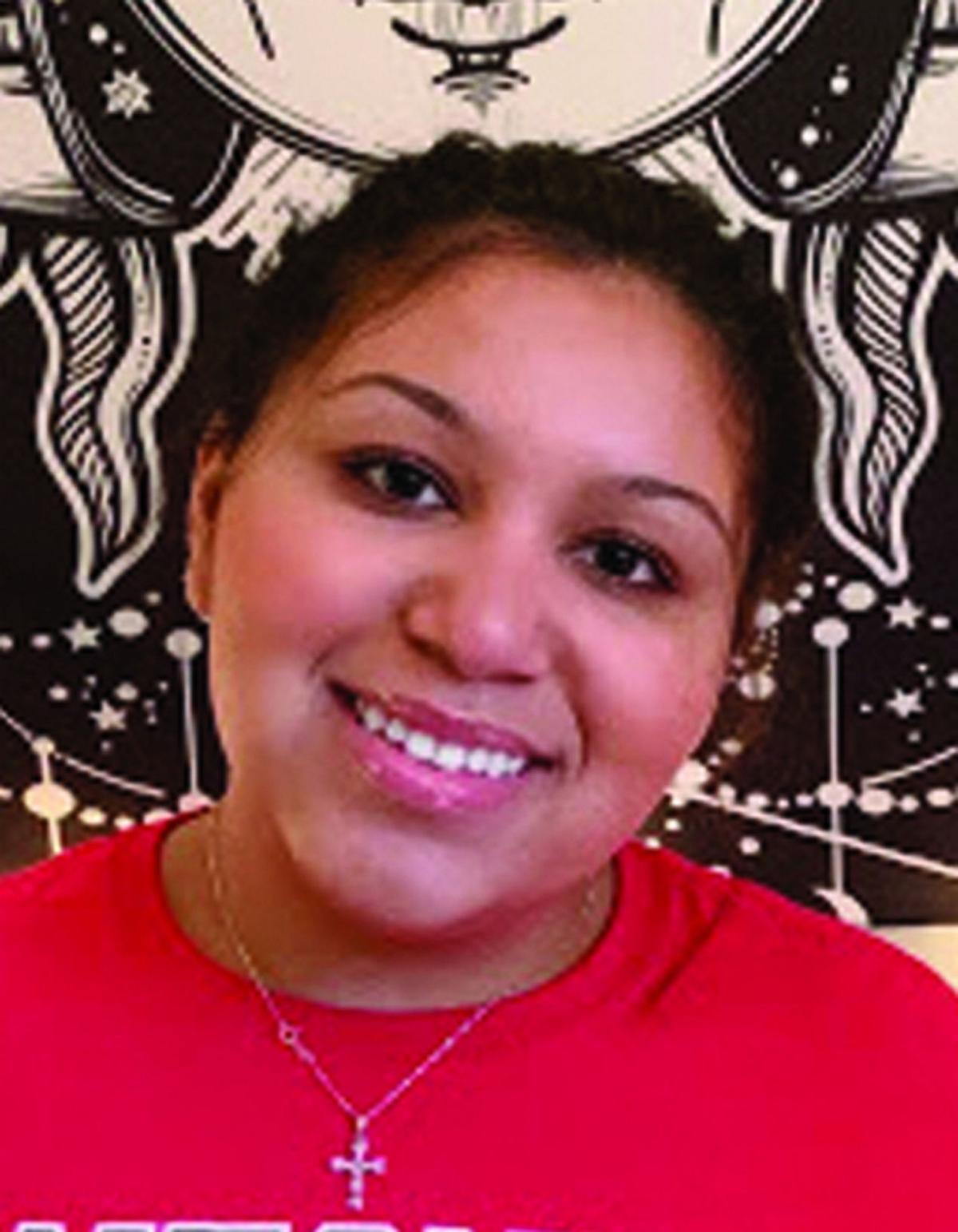 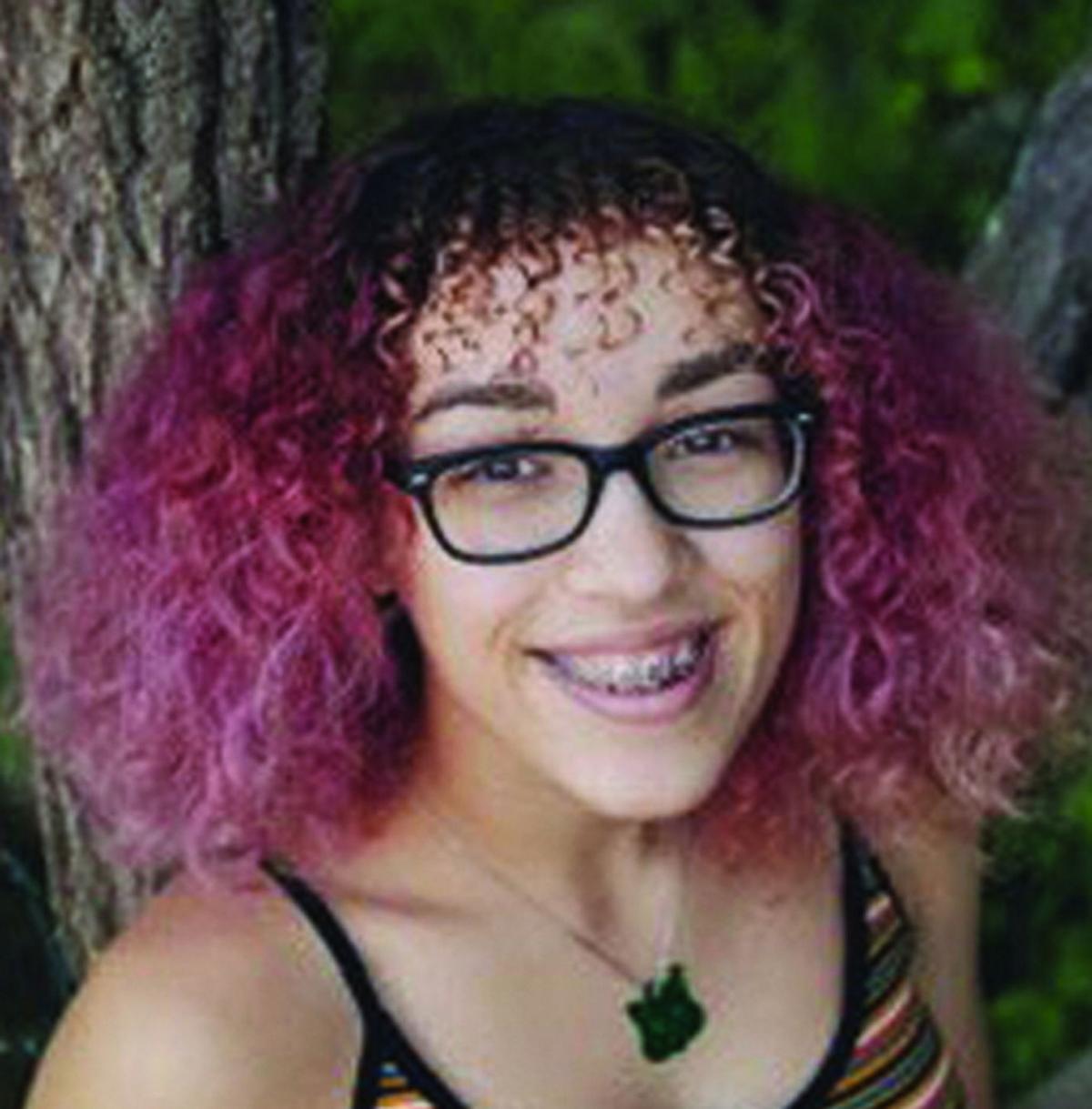 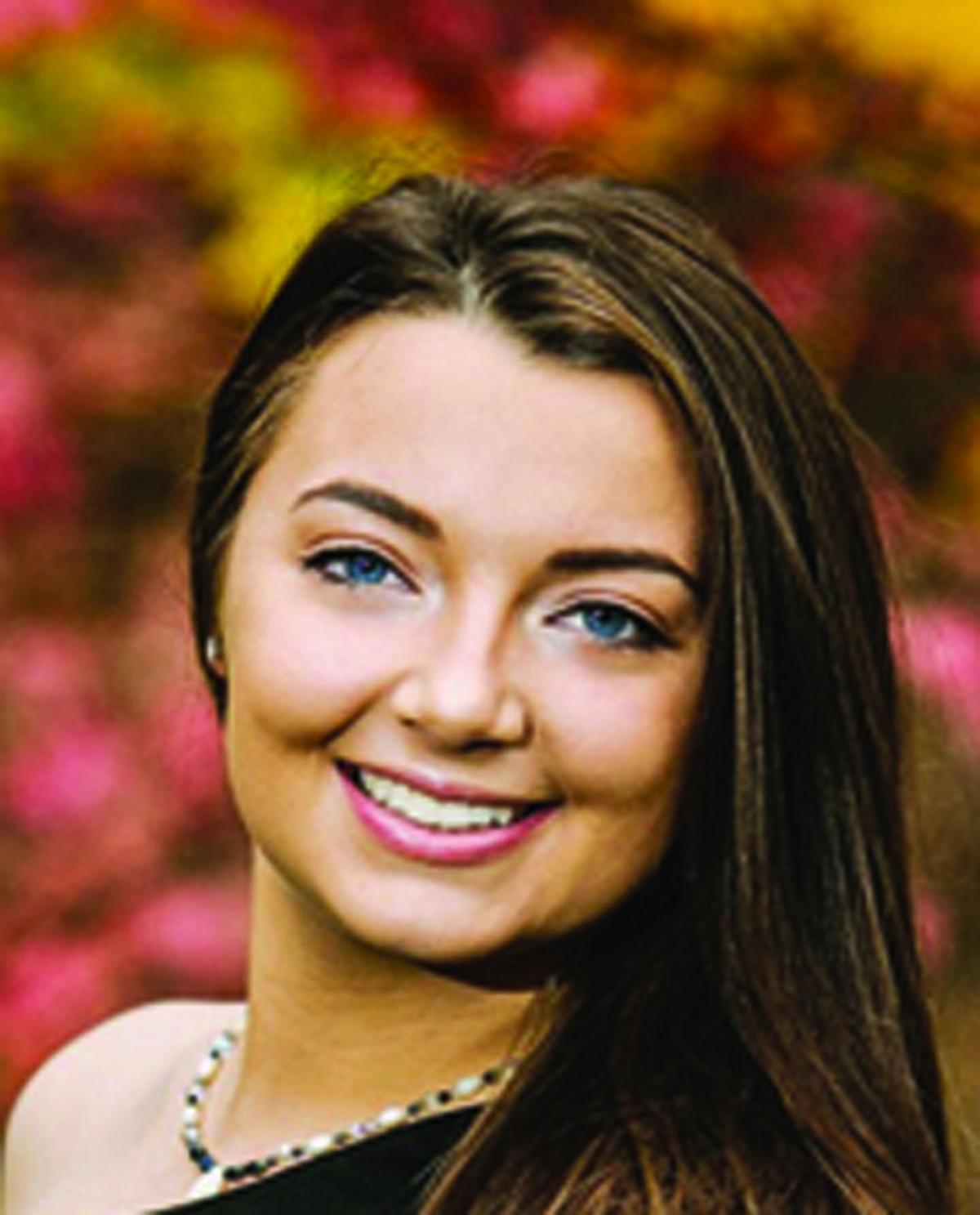 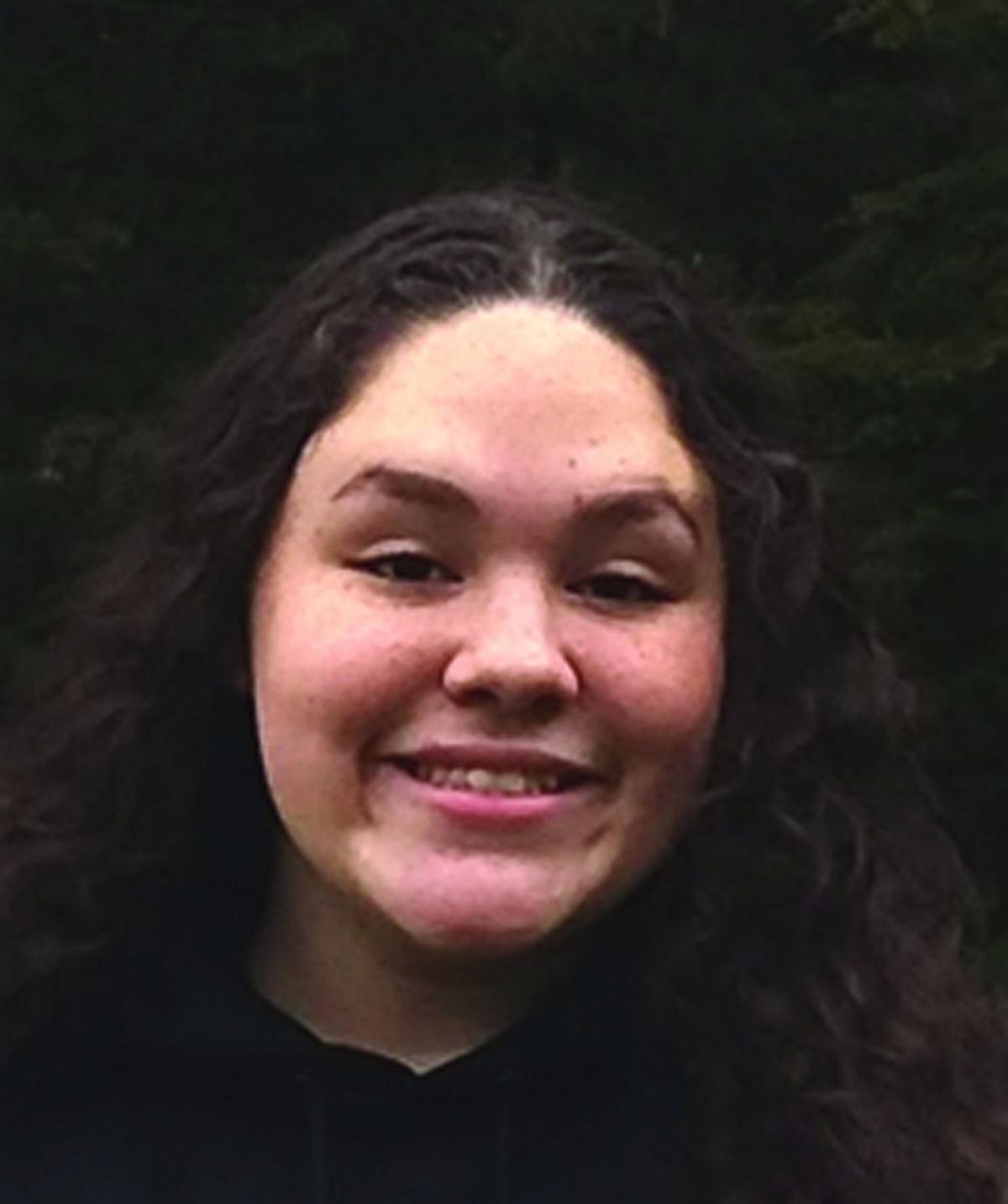 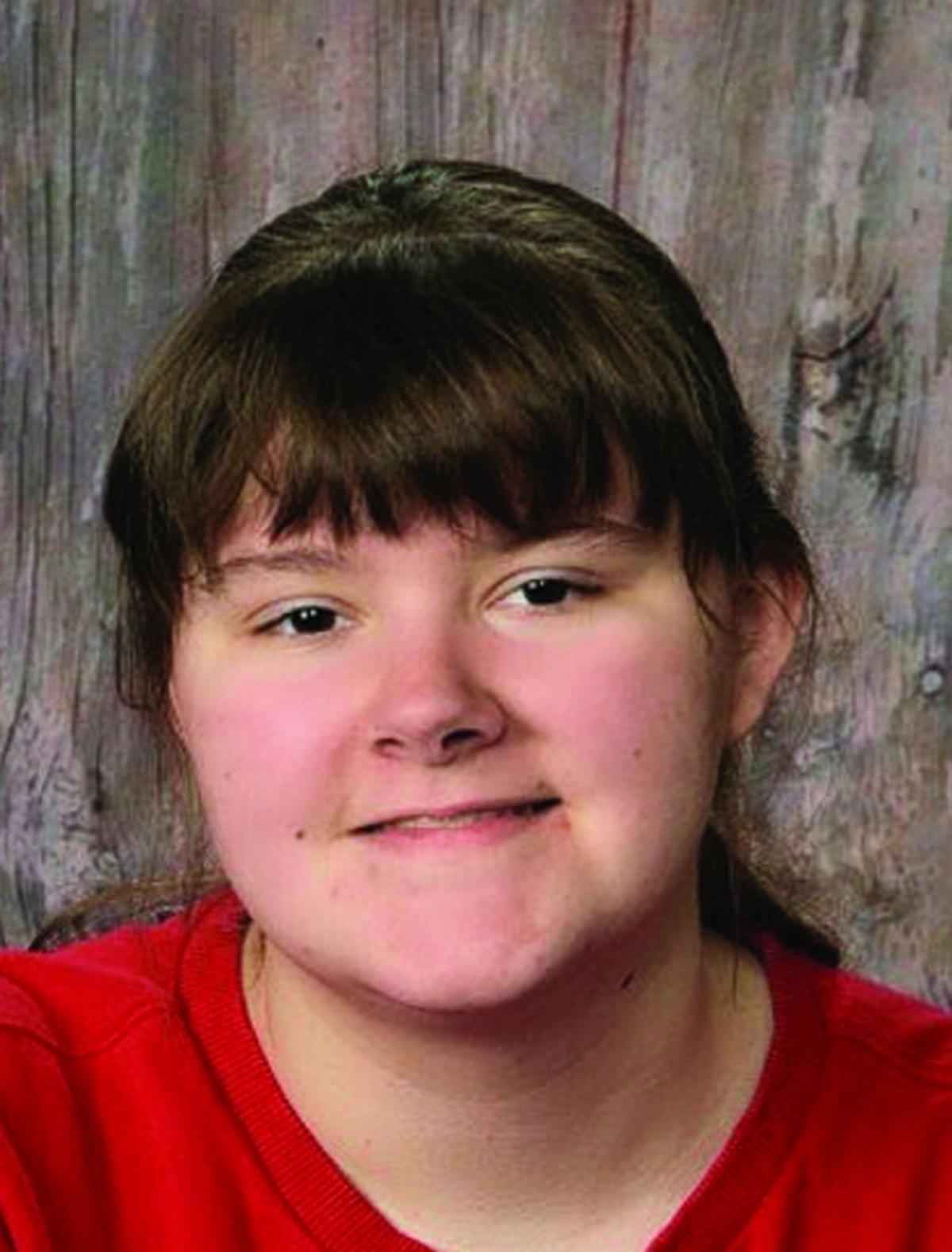 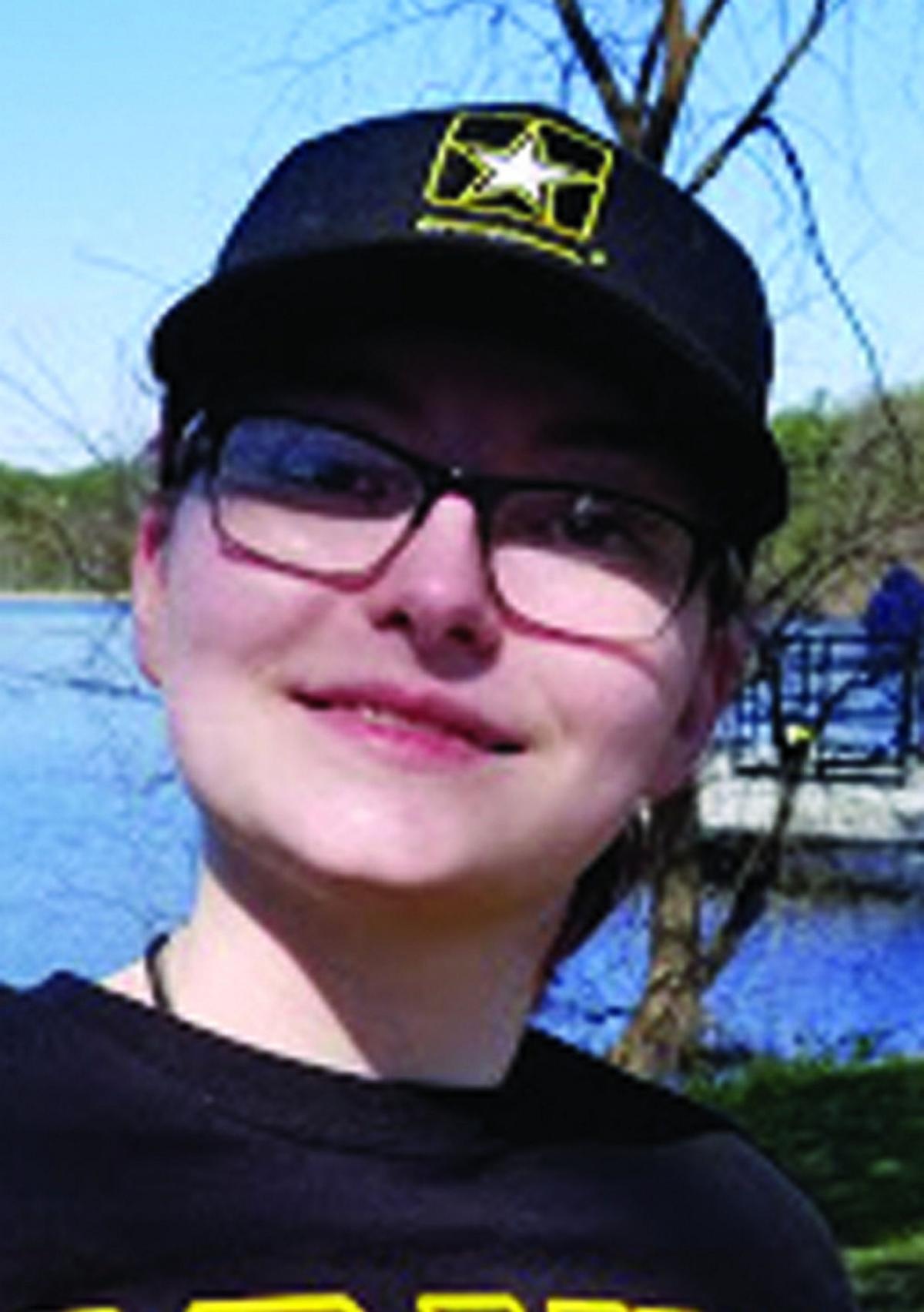 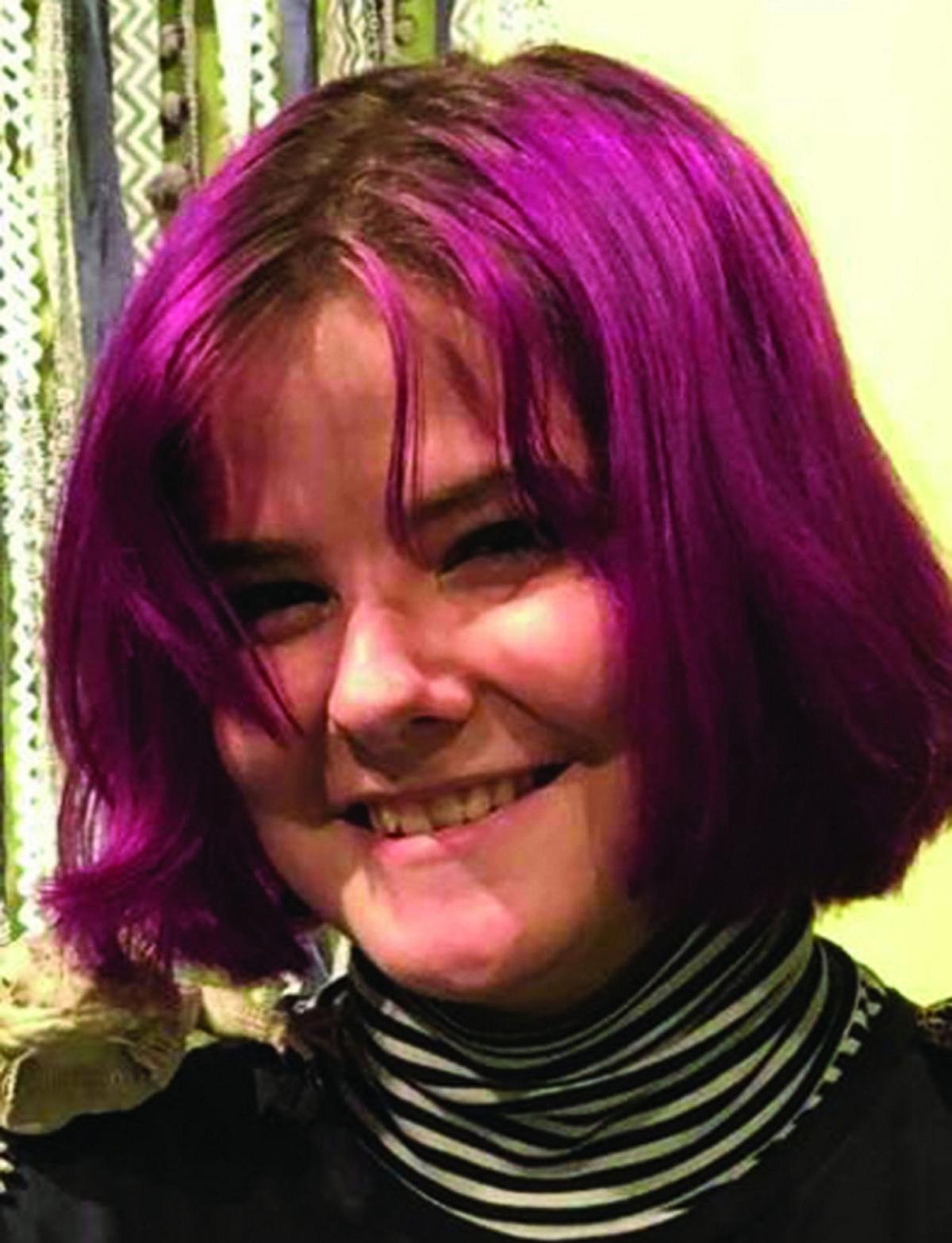 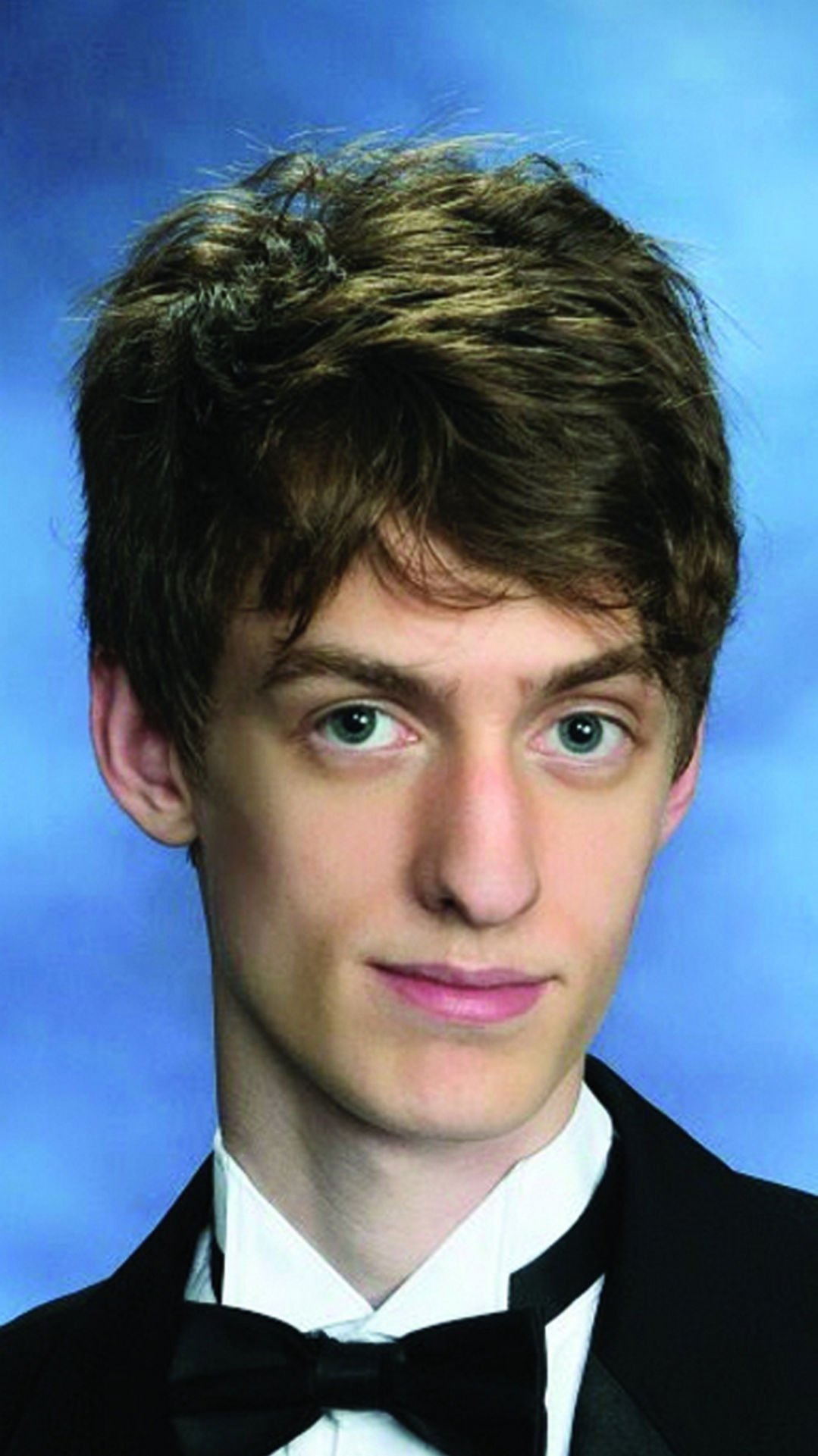 Valedictorian – Iain Alexander, son of Matt and Coleen Alexander of Catskill, will attend Middlebury College in the spring of next year where he will major in environmental studies. During the fall he will complete and receive his EMT and Wilderness EMT certifications in Wyoming. While in high school, Iain played on several sports teams (mostly soccer and baseball) and was a member of the National Honor Society. He was also involved in the community where he helped maintain the Dutcher Notch Trail in Roundtop, clean athletic fields around Catskill, and referee modified and travel soccer games. Iain has also worked numerous jobs during high school, including camp counselor at Bard, snow tubing instructor at Hunter Mountain, and laborer with various local contractors.

Salutatorian – Iram Asif, daughter of Nazia Shahzadi and Mohammad Asif of Catskill, plans to attend Siena College this upcoming fall. She currently is undecided concerning her major, but she plans on settling on something which has to do with science. While in high school, Iram participated in track and field and cross country as one of the co-captains. Iram was an active member of National Honor Society, Art Club, and her class. She was active in her community by helping with the annual Spring Rush, blood drives, and by helping to create a Catskill cat with her other art club members.

Audra Bogardus-Street, daughter of Georgiana Bogardus-Street and the late Ricci Street of Catskill, plans to attend SUNY Oneonta where she will explore her options of different majors. While in school, Audra participated in Santa’s Helpers, was class president of the Class of 2020 all four years, was a member of National Honor Society, Art Club, Student Government, Yearbook Club, Parent Teacher Student Association, and was captain of the Girls Varsity Tennis Team. She was also involved in the community where she is in the HOBY leadership program, participates in the Adopt-an-Island Program, and has helped with The Blue Star Mothers. She also helps at her family-run business, Mike’s Diner.

Ariana Nieves, daughter of Mr. and Mrs. Jesus Nieves of Catskill, will attend the nursing program next year at Columbia-Greene Community College. While in high school, Ariana participated in National Honor Society, soccer, track, cross country, chorus and the school plays. She was a member of the Interact Club, Chess Club, Spanish Club, Buddy Readers, and president of FCCLA during her senior year. She also worked part-time at Subway for the past year.

Maci Mosher, daughter of Jennifer Mosher and David Mosher of Catskill, plans to attend Monmouth University next year where she will major in nursing. While in High School, Maci was on the varsity soccer and softball team, was a member of National Honor Society and Yellow Ribbon, and was class vice president and treasurer. She was also involved in the community where she helped with the blood drive for National Honor Society and took part in organizing a cancer fundraiser.

Emily Ferrante, daughter of Mr. and Mrs. Herring of Leeds, plans to attend the College at Brockport next year where she will major in nursing. While in high school, Emily participated in many extracurriculars including FCCLA, Student Government, tutoring, Yellow Ribbon, Spanish Club, National Honor Society, and the list goes on. She was also involved in the community where she participated at local food pantries, and focused her energy towards being a peer advocate. She graciously spent her time helping families out who were less fortunate than that of herself, whether that was feeding the hungry or clothing the needy. Aside from extracurriculars, sports, and community outreach Emily was able to work full-time at a local restaurant and baby-sit in between shifts.

Ryan LaBarre is the daughter of James LaBarre and Kayla Sheil, and attended the New Visions Scientific Research and World Health program during her senior year. In the fall, she plans to attend the Albany College of Pharmacy and Health Sciences for microbiology. During high school, Ryan was a member of the Art Club, the Chess Club and participated in track and field.

Regina Johnson, friend to all, plans to go into the Army after high school where she will serve active duty for 6 years as an Army nurse. In high school, she participated in Chess Club, Art Club, Yellow Ribbon, Peer Mentoring, Drama Club, Fashion Club, Writing Club, Acceptance Alliance Club, the Fashion Show, and has been in the music program since 8th grade. Involved with the community, she was co-president of National Honor Society and was planning to create a school clothes closet to give back to everyone at school. Always known for having a sewing kit handy, she earned herself the nickname “Mom” from many of her peers.

Anna Franklin, first child to Justin Franklin and Dorothy Szarowski, will be attending Columbia-Greene Community College for environmental sciences. While in high school, Anna participated in Art Club. She worked as a babysitter for 4 years. She cares for her lizards, who she loves as her own.

Zachary Ciancanelli is the middle son of Helene Tieger and Paul Ciancanelli. Zach spent his senior year at Rensselaer Polytechnic Institute as a member of the New Visions STEM class. His most notable quality is his excellent memory retention. He plans to attend Clarkson University in the fall where he will pursue a degree in advanced mathematics.